Labour today warned the Government it would be a ‘profound mistake’ to scrap a £20-a-week increase in Universal Credit payments as the party argued it would ‘pull the rug from under the economy’s feet’.

The Government rolled-out the extra cash last year to help families through the coronavirus pandemic but the policy is due to expire in April.

Labour today held an opposition day debate in a bid to force the Government to commit to extending the payments, with MPs due to hold a non-binding vote on the issue tonight.

Shadow work and pensions secretary Jonathan Reynolds told the House of Commons that cutting benefits during a recession is ‘always the wrong choice’.

Downing Street had earlier argued it is ‘not the right and proper moment’ to decide if the extra payments should be kept in place, with Boris Johnson having told Tory MPs to abstain on the vote.

Number 10 has said Chancellor Rishi Sunak will ‘come forward when he thinks the time is right’ to deliver a final verdict, with ministers having hinted that moment will be the Budget on March 3.

Will Quince, the Minister for Welfare Delivery, defended the approach as he responded to Mr Reynolds, telling MPs the Government does not know what the coronavirus situation will be in April so it is right to wait to make a decision.

Mr Johnson said similar votes in the past had been ‘misrepresented’ by Labour and he did not want to risk that happening again.

However, a number of Tory MPs are still expected to rebel and vote with Labour.

Mr Sunak is said to be at the centre of a Cabinet row on whether to extend the payments.

The Chancellor reportedly wants to scrap the increase because he believes that if it remains in place there is a risk it could become permanent at a cost to the Treasury of approximately £6billion per year.

Tory MPs have demanded Mr Sunak keep the extra payments until the UK is clear of the Covid-19 crisis while Cabinet ministers, led by Work and Pensions Secretary Therese Coffey, are also urging him to look at extending the policy. 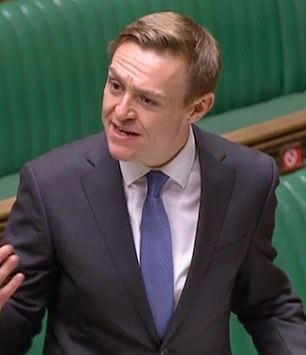 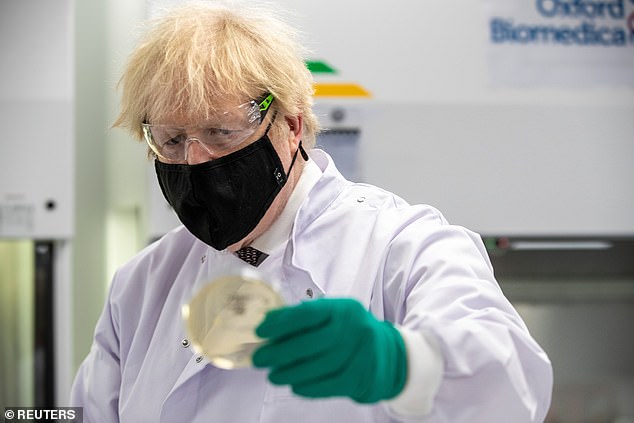 has accused Labour ‘trolls’ of ‘intimidating and threatening’ Tory MPs on the crunch issues of Universal Credit and free school meals.

Labour is set to force symbolic votes on the two issues in the House of Commons this evening but Mr Johnson has instructed his Conservative MPs to abstain.

He reportedly said similar votes in the past had been ‘misrepresented’ and he did not want to risk that happening again.

Labour will hold opposition day debates in a bid to force the Government to keep a £20-a-week increase in Universal Credit in place and to demand the extension of the free school meals programme.

The votes that follow the debates are not binding but Mr Johnson has told Tory MPs that he is wary of what could happen if his colleagues were to vote against the motions.

According to The Sun, Mr Johnson told Tory MPs in a WhatsApp message sent yesterday that he knew many would be ‘thirsting to give battle’ to Labour.

He continued: ‘But after the shameful way in which they used their army of momentum trolls last time to misrepresent the outcome and to lie about its meaning and frankly to intimidate and threaten colleagues – especially female colleagues – I have decided not to give them that opportunity.’

Mr Johnson accused Labour of ‘playing politics’ and of ‘inciting the worst kind of hatred and bullying (of a kind seen sadly across the Atlantic)’.
<!—->Advertisement

Opening the opposition day debate for Labour, Mr Reynolds said: ‘What I am here to do is put forward a clear, and I believe compelling, case that reducing Universal Credit and working tax credit this April would be fundamentally the wrong decision.

‘It would be a profound mistake for families, for the economy and for our ability to effectively tackle and recover from the Covid pandemic.’

The Labour frontbencher said cutting benefits during a recession is ‘always the wrong choice’ and that claimants need certainty now about what will happen in April.

He said scrapping the £20-a-week increase would be like ‘pulling the rug from under the economy’s feet’ because the recipients of Universal Credit are more likely to spend the money than save it.

But Mr Quince blasted Labour as he accused the party of ‘playing politics with the lives of nearly six million vulnerable people rather than focusing on helping them through this pandemic’.

He argued it is right to wait to make a decision on extending the payments because ‘one of the evident features of a pandemic is uncertainty’.

He told the Commons: ‘We simply do not know what the landscape will look like and that is why it is right that we wait for more clarity on the national economic and social picture before assessing the best way to support low income families moving forward.’

Earlier, the Prime Minister’s Press Secretary, Allegra Stratton, said a decision has not yet been taken on whether the increased payments will be extended as she explained why Tory MPs have been told to abstain.

She said: ‘He is asking people to abstain because today is not the right and proper moment for the Government to be talking about Universal Credit and the £20 uplift.

‘We have always said, the Chancellor has said repeatedly, that he will be coming back to the House in due course with his decision on what should be done with the £20 uplift that is due to end at the end of March.’

Asked why the Government does not simply make a decision now, Ms Stratton said: ‘The Chancellor is constantly filtering the latest up to date information on the economic and health context.

‘That is what he has been doing throughout the pandemic. He has always said he and the Prime Minister will do whatever it takes. That remains true.

‘He is monitoring that data and will come forward when he thinks the time is right.’

She added: ‘We haven’t said whether or not we will continue [with the uplift]. The Chancellor will be coming forward in due course.’

Mr Johnson would not be drawn this afternoon on whether the policy will be extended, telling the BBC during a visit: ‘I think you have heard me say that we will want to support people throughout the pandemic.

‘We want to make sure that people don’t suffer as a result of the economic consequences of the pandemic.

‘When you look at what the Government has done to provide £280billion worth of support, the furlough scheme, the bounce back loans, colossal investment, probably more than most other comparable countries.

‘I don’t think you could fault the Government for supporting people. We will continue to do that.’

He told ITV’s Lorraine: ‘If he’s going to call it a stunt, he should probably come with me to a food distribution centre to see these families this morning and explain to them what is a lifeline to them is a stunt, because it certainly isn’t from their point of view.

‘I actually think in their heart of hearts, quite a lot of Tory MPs know that cutting this money to people who desperately need it in the middle of a pandemic is the wrong thing to do, they know that, they probably want to vote with us but because of the tribal way we do politics, they can’t.

The Times reported that Mr Sunak, Mr Johnson and Ms Coffey met on Friday to look at alternatives to the Universal Credit uplift but no decisions have been made.

One option which is said to be under consideration is to replace the increased payments with a one-off payment of £500. The uplift is currently worth more than £1,000 a year.

A final decision is not expected to be announced until Mr Sunak delivers the Budget on March 3. 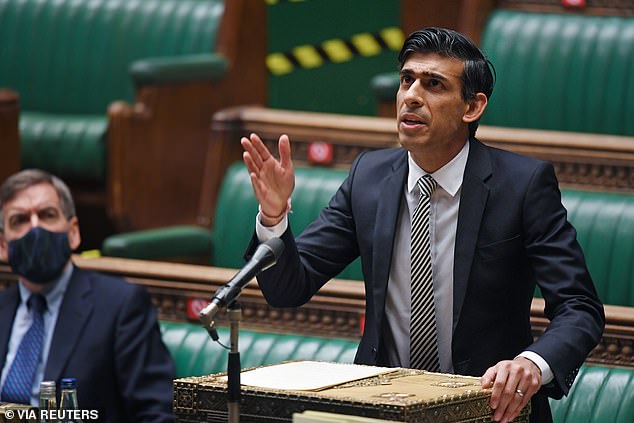 A Whitehall source suggested Mr Sunak will be isolated in the Cabinet if he does try to scrap the extra payments, telling Politico: ‘The Chancellor is about to find himself on his own. Read the room Rishi.’

But allies of the Chancellor have pointed to the cost of keeping the policy as they argued it cannot continue indefinitely.

One Tory official said: ‘As conservatives, we know that work is the best way out of poverty. It’s time we reminded ourselves of that.’

However, Labour has highlighted that many Universal Credit claimants are already in work.

Labour deputy leader Angela Rayner tweeted: ‘2.2m recipients of UC are *working* & 70% of children in poverty are in working families. The problem is poverty pay.’

The Government is under pressure from its own backbenches to keep the extra £20-a-week payments in place.

The Northern Research Group, which consists of 65 Tory MPs from the north of England, north Wales and Scotland, has called for the payments to be kept until lockdown restrictions have been lifted.

Speaking on behalf of the NRG, Conservative MP John Stevenson said: ‘The £1,000 uplift to universal credit has been a real life-saver for people throughout this pandemic.

‘To end it now would be devastating for the 6million individuals and families who are already struggling to stay afloat.

‘Equally, replacing the current system with a £500 one-off-payment which is half the amount people have been receiving and would exclude the estimated 800,000 people expected to become unemployed in the second quarter of 2021 after the job retention scheme stops will not be sufficient.

‘It would see many people falling through the gaps and would damage our economic recovery.

‘That is why the NRG are once again calling on the Chancellor to extend the Universal Credit uplift until restrictions are lifted, to ensure that individuals and families who have been worst affected by this pandemic are supported through our recovery with the security they need.’ 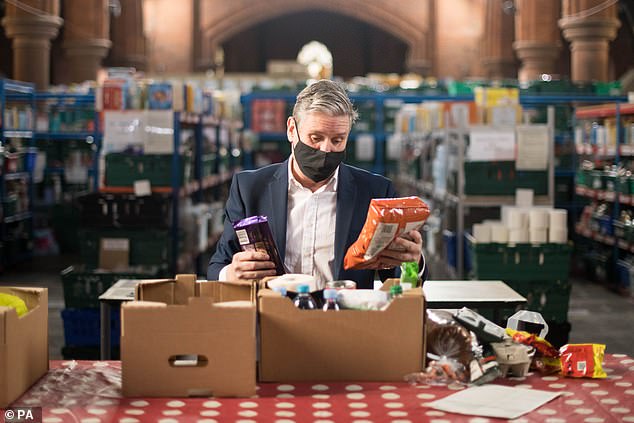 Tory former work and pensions secretary Stephen Crabb said he intends to vote with Labour, arguing that withdrawing the increase ‘will cause hardship to families’.

Mr Crabb told the BBC it will be the first time he has rebelled against the Tory party whip.

‘I just feel very, very strongly that the current Treasury plan, which is to withdraw that additional amount of money at the end of March, will cause hardship to families, there’s no question about that,’ he said.

Senior Tory backbencher Robert Halfon, who chairs the Education Select Committee, said Universal Credit has been ‘invaluable for millions of people during the lockdown’.

‘Depending on what the Government says later, I am most likely to vote for the Labour motion unless the Government makes it absolutely clear it will be extending,’ he told the BBC.

Labour held the opposition day debate this afternoon in a bid to force the Government to keep the payments and to demand the extension of the free school meals programme.

The votes that follow the debates are non-binding but Mr Johnson has told Tory MPs to abstain because he is wary of what could happen if they vote against the motions.

According to The Sun, Mr Johnson told Tory MPs in a WhatsApp message sent yesterday that he knew many would be ‘thirsting to give battle’ to Labour.

He continued: ‘But after the shameful way in which they used their army of momentum trolls last time to misrepresent the outcome and to lie about its meaning and frankly to intimidate and threaten colleagues – especially female colleagues – I have decided not to give them that opportunity.’

Mr Johnson accused Labour of ‘playing politics’ and of ‘inciting the worst kind of hatred and bullying (of a kind seen sadly across the Atlantic)’. 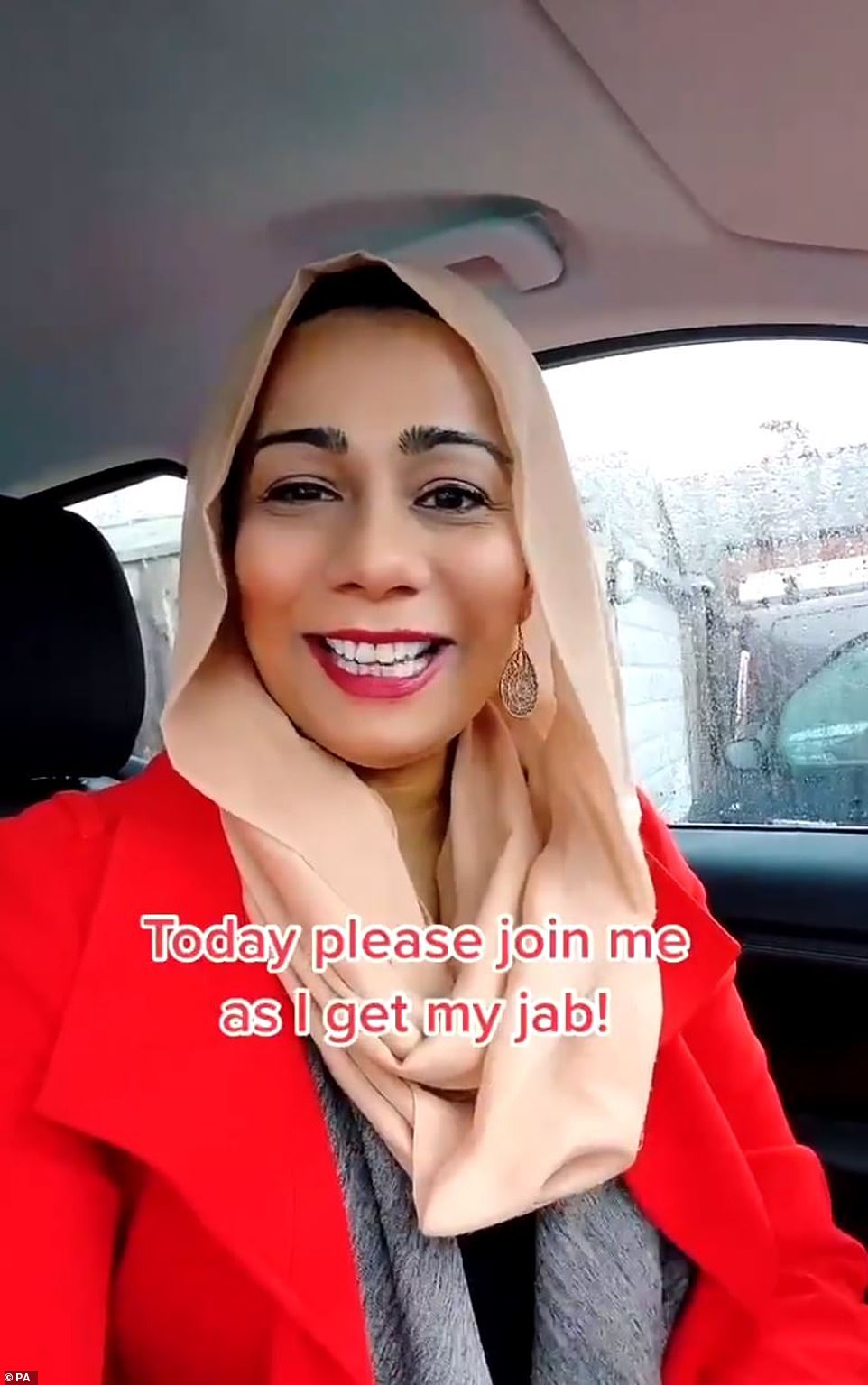 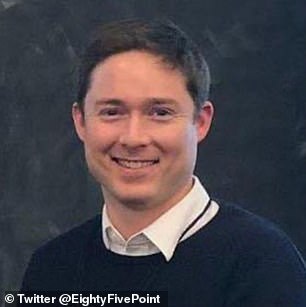 It is rocket science! Manchester City hire multiple astrophysicists to zoom ahead of their rivals 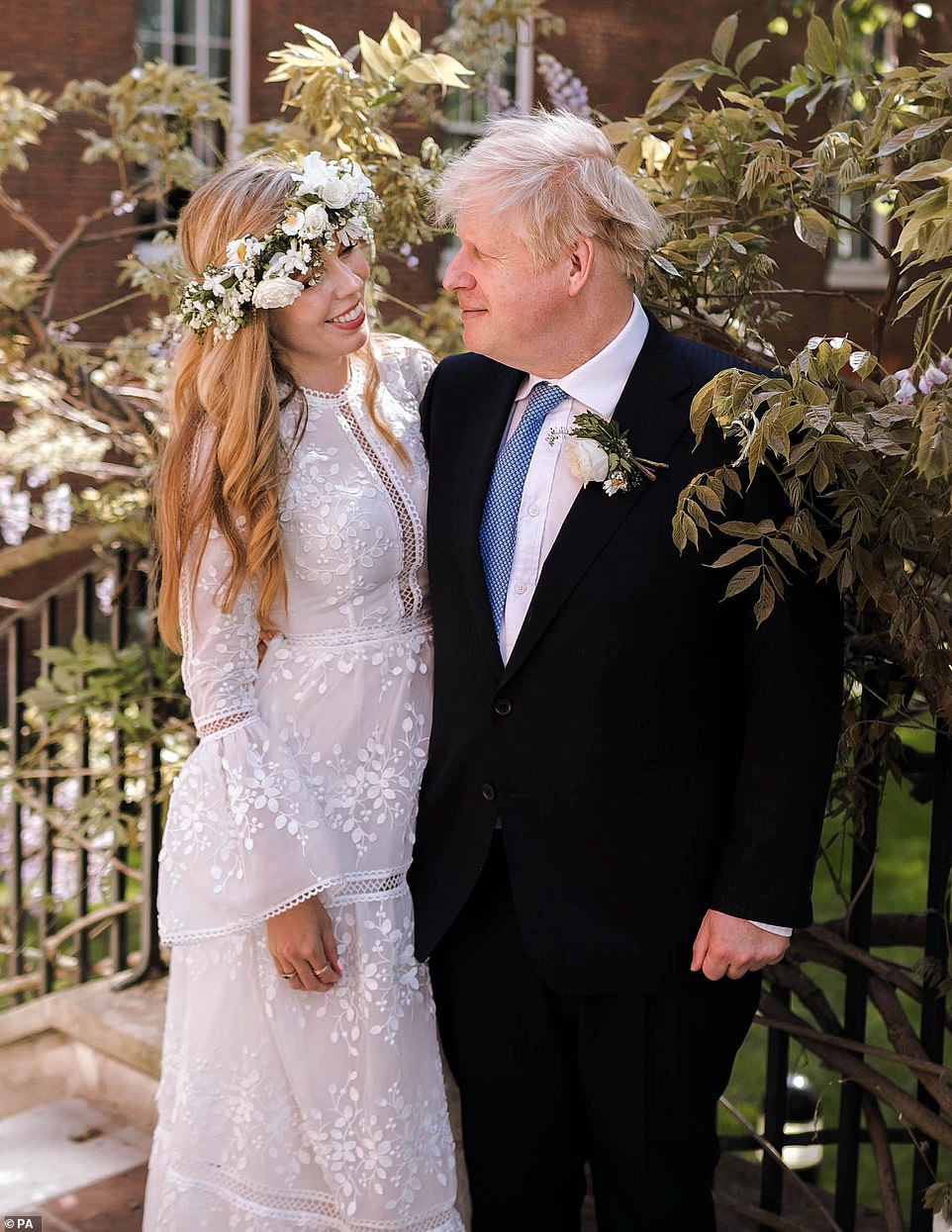 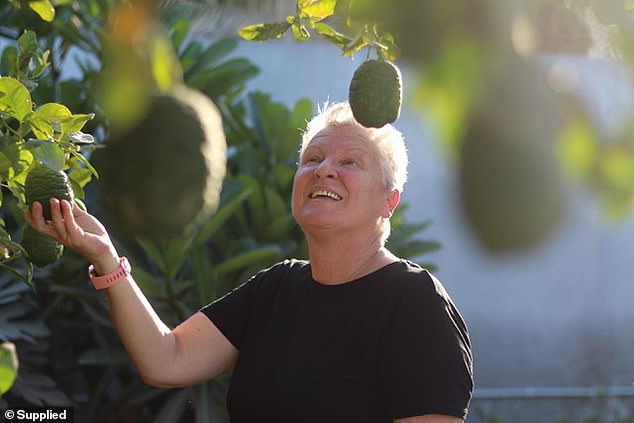 Can you REALLY eat yourself younger? Chef insists Mediterranean diet slows down the signs of ageing 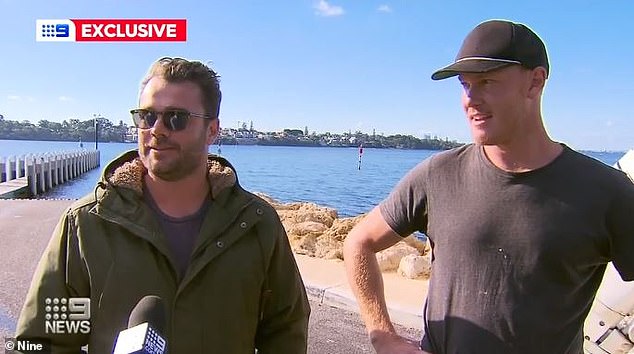 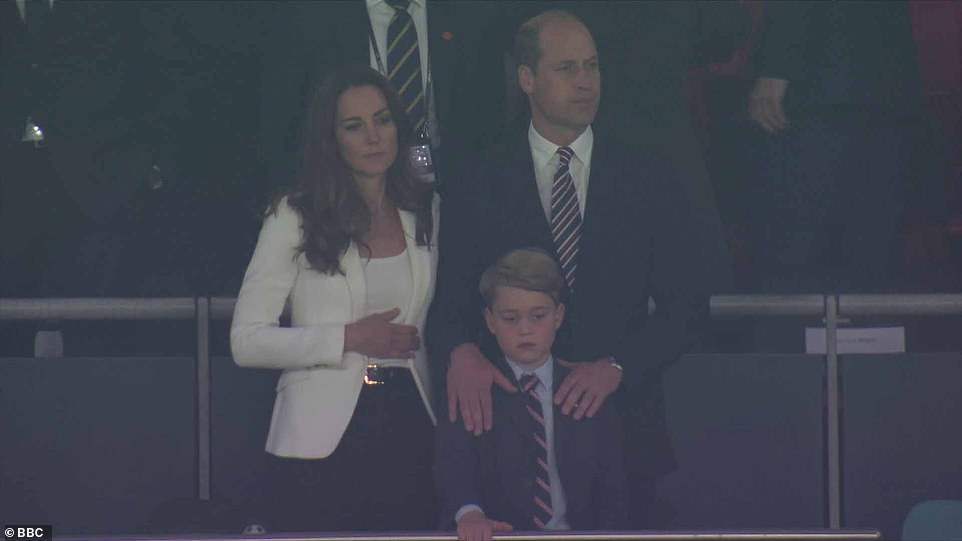 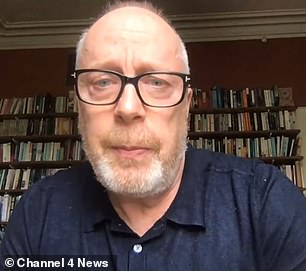 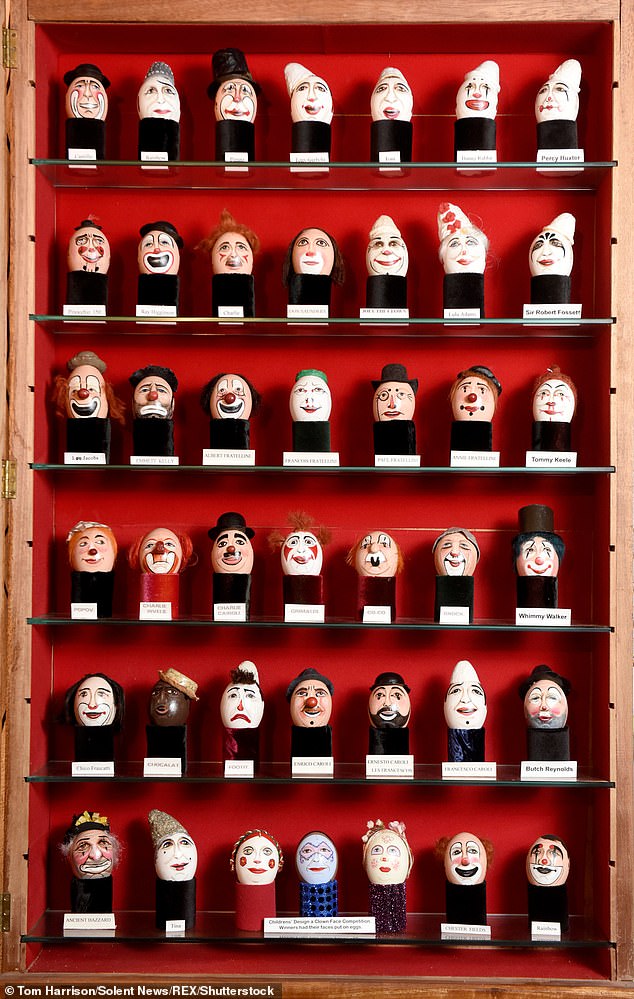