James Murdoch, the youngest son of billionaire media mogul , claimed on Friday that U.S. news outlets will be faced with a ‘reckoning’ after last week’s deadly pro-Trump riot at the U.S. Capitol.

In an interview with the the 48-year-old blamed ‘media property owners’ for unleashing ‘insidious and uncontrollable forces’ with their support of disinformation about the .

He claimed that media groups had fueled the riot by leading ‘a substantial portion’ of the public to believe ‘a falsehood’ about the election.

He did not explicitly mention , which is controlled by his father and his brother Lachlan Murdoch.

James quit his father’s media company News Corp. over the summer, saying that he was ‘increasingly uncomfortable’ with News Corp and Fox ‘legitimizing disinformation’.

James Murdoch, the youngest son of Rupert Murdoch, claimed on Friday that U.S. news outlets will be faced with a ‘reckoning’ after last week’s deadly pro-Trump riot at the U.S. Capitol 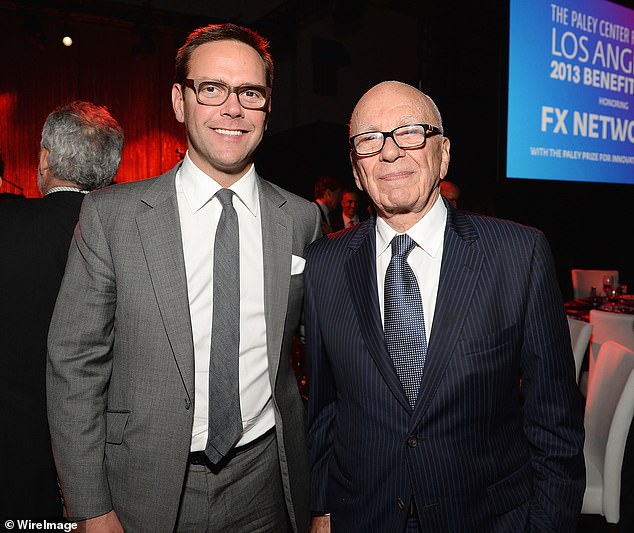 James Murdoch, pictured left with his father Rupert, was formerly the Deputy Chief Operating Officer of News Corporation but he quit his father’s company over the summer

‘The damage is profound,’ James said in Friday’s interview.

‘The sacking of the Capitol is proof positive that what we thought was dangerous is indeed very, very much so. Those outlets that propagate lies to their audience have unleashed insidious and uncontrollable forces that will be with us for years.’

‘I hope that those people who didn’t think it was that dangerous now understand, and that they stop,’ he continued, adding that he had not ‘seen any evidence of that yet’.

James and his wife, Kathryn Hufschmid, issued a further statement following the Times interview in which they accused ‘media property owners’ of chosing to spread ‘lies’.

‘Spreading disinformation — whether about the election, public health or climate change — has real world consequences,’ the statement read.

‘Many media property owners have as much responsibility for this as the elected officials who know the truth but choose instead to propagate lies.

‘We hope the awful scenes we have all been seeing will finally convince those enablers to repudiate the toxic politics they have promoted once and forever.’ 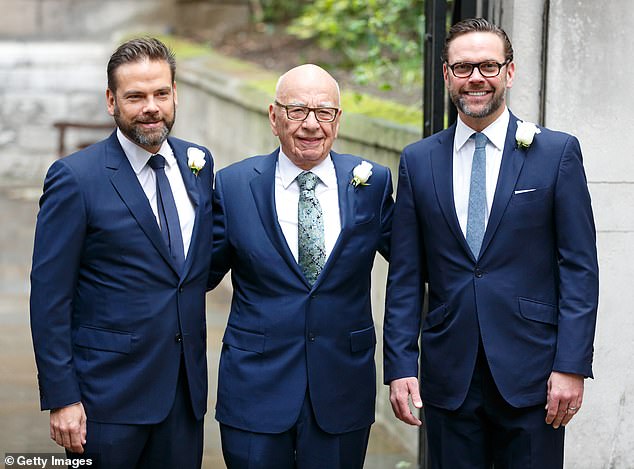 He split from the company in a dramatic exit in August 2020 when he left the News Corps. board completely, citing in a letter ‘disagreements over certain editorial content’.

A spokesperson for him and his wife also told the  in January 2020, before his split from the empire, that the couple ‘with some of the News Corp and Fox coverage’ on climate change.

The comments were made as wildfires ripped through Murdoch’s native Australia.

He also told the in 2019: ‘There are views I really disagree with on Fox.’ 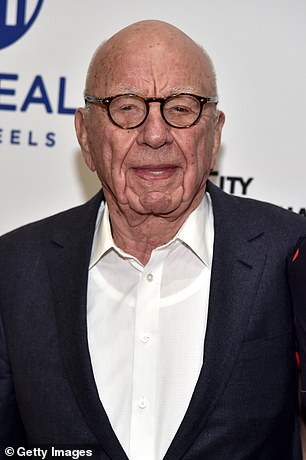 Despite his family’s conservative-leaning media outlets, James and his wife have recently made significant donations to Democrats, including former presidential hopeful Pete Buttigieg and President-elect Joe Biden.

He, along with Rupert Murdoch’s five other children, received up to $2billion oin 2019 from the break-up of the family’s media empire and the sale of its entertainment businesses to Walt Disney.

It comes as Fox executives are said to be fearful a shake-up is on the cards as Rupert Murdoch heads back to the US thanks to the COVID-19 vaccine.

The media mogul, who will turn 90 in March, got the second dose of the vaccine in recent days from the UK’s NHS, sources told , allowing him to travel back to the country.

Murdoch is a US citizen and was born in Australia but has been isolated with his fourth wife Jerry Hall at his home in England since the summer.

He received the first dose at a local clinic in Henley on December 16 where he sang the praises of NHS staff and scientists and said he ‘strongly encouraged’ others to get the shot.

Sources said he was waiting for the second dose before heading back across the pond, where rumors are circling that positions of some top executives are on the line after ratings have slumped in recent months.

The News Corp. boss has reportedly taken a more hands-on role at the right-wing network in recent days alongside his son Lachlan. 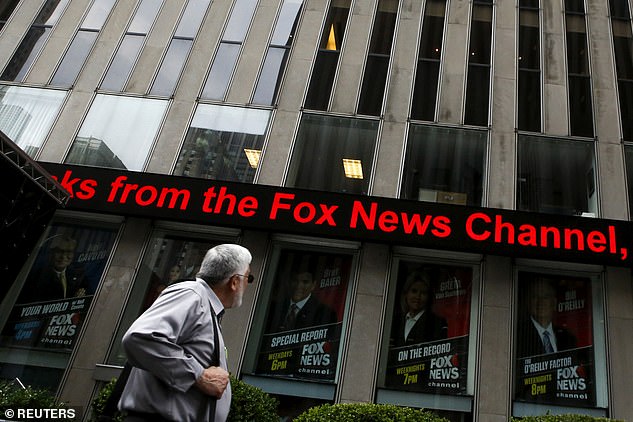 Nielsen figures show that since Dec. 28, Fox News’ viewership is down 15% compared to last year. It was the first network to surpass 3.5m viewers in primetime for an entire year in 2020

Top of the priority list is to tackle the decline in ratings seen since Donald Trump lost the 2020 presidential election in November, insiders said.

Multiple insiders told The Daily Beast Fox News CEO Suzanne Scott and President Jay Wallace are both fighting to keep their jobs after taking the lion’s share of the blame for the figures.

Fox has denied there is any truth to the rumors, issuing a statement that reads: ‘Your premise is wrong. It is wishful thinking by our competitors.’

Sources said Murdoch and Lachlan are ‘disenchanted’ with the pair.

‘Fox News has been absent a leader with the exception of [Fox Corporation’s Chief Legal and Policy Officer] Viet Dinh running the operation between the network and the White House,’ one insider said.

‘Rupert re-taking the reins is a sign of the gross mismanagement to date.’

Murdoch has already made his return known with the announcement of a significant revamp of Fox’s daytime scheduling Monday. 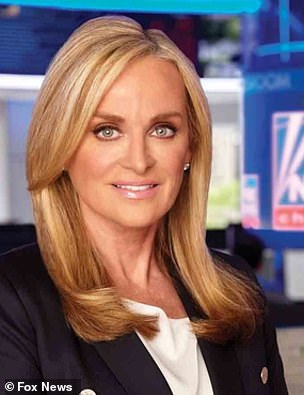 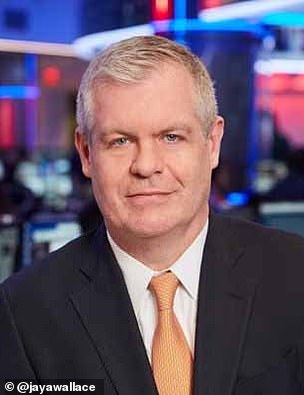 Multiple insiders told The Daily Beast Fox News CEO Suzanne Scott (pictured left) and President Jay Wallace (pictured right) are both fighting to keep their jobs after taking the lion’s share of the blame for the ratings as Rupert Murdoch returns to the U.S.

‘I mean Rupert got involved with the shuffling of the lineup so that’s never a good sign for someone in charge,’ a current Fox staffer told The Daily Beast.

‘What is the point of having a manager running your business if you have to run the business yourself?’

Sources said Wallace’s job is also rumored to be on the line after the network was first to call Arizona for Joe Biden on election night.

The state was won by the Democrat but the call was deemed premature by many and sparked outrage from Trump who allegedly personally called Murdoch in a fit of rage.

A press release from December reported that, in 2020, Fox News Channel made history by becoming the first network to surpass 3.5 million viewers in primetime for an entire year.

But latest figures from Nielsen show that, since December 28, Fox News’ total viewership is down 15 percent compared to the same time last year.

By contrast, CNN viewership is up 150 percent and MSNBC 89 percent.

While James’ comments did not explicitly call out Fox News, which his father helped found in 1996, others have been more forthright in their criticism after several hosts continued to back Trump with his unfounded claims of widespread voter fraud.

News Corp. is currently run by CEO Robert Thomson and owns U.S outlets such as The Wall Street Journal, Dow Jones, and The New York Post. 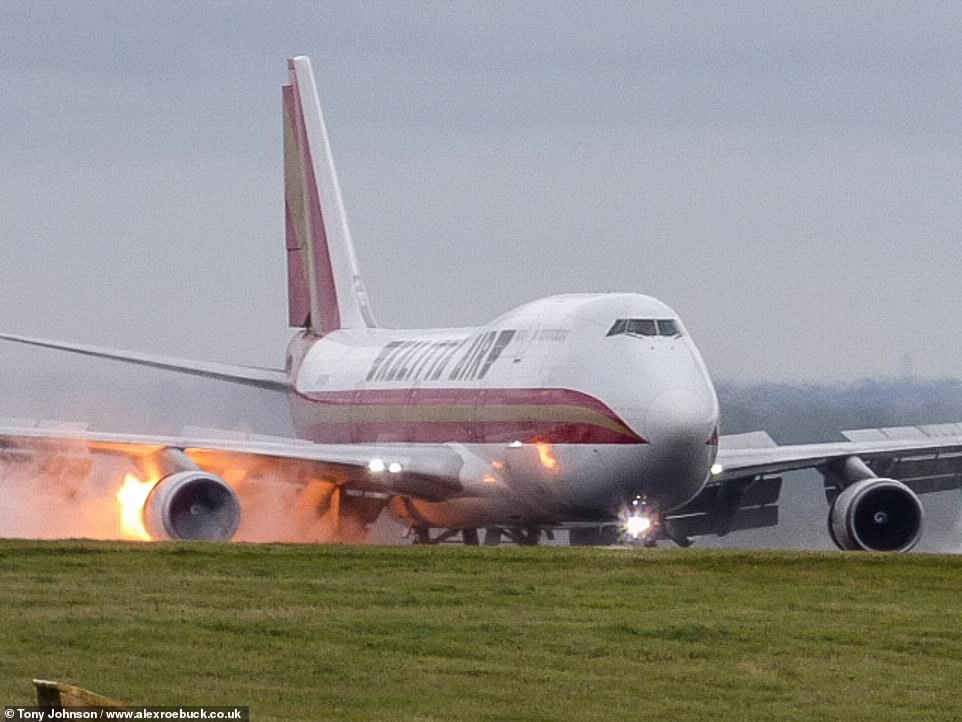 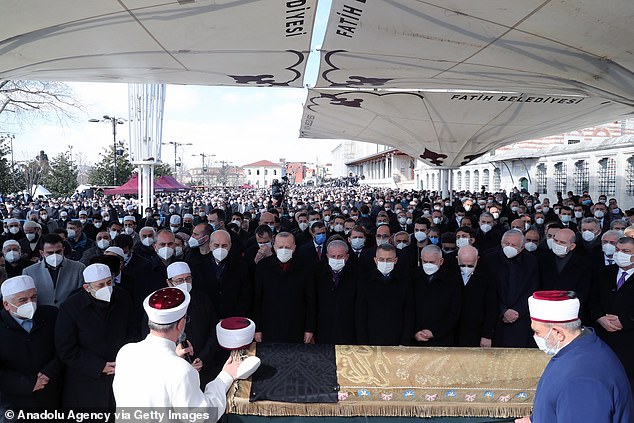 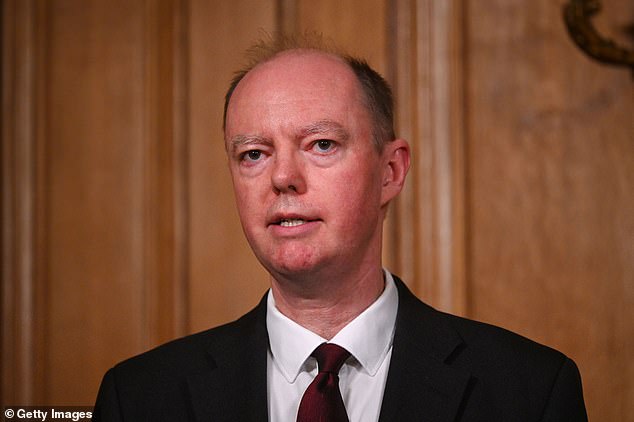 Boris Johnson backs plans to knight Prof. Whitty for his ‘tireless’ work amid the pandemic 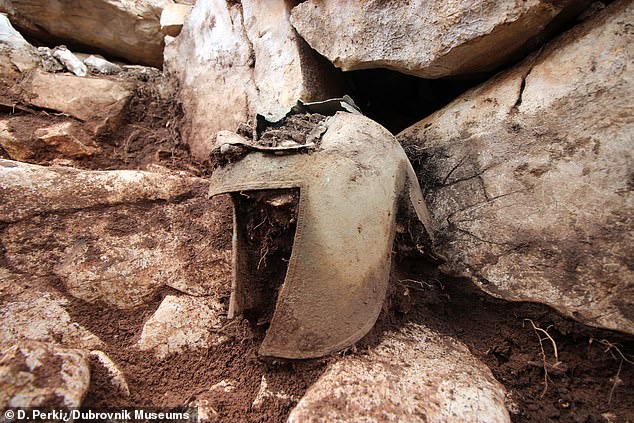 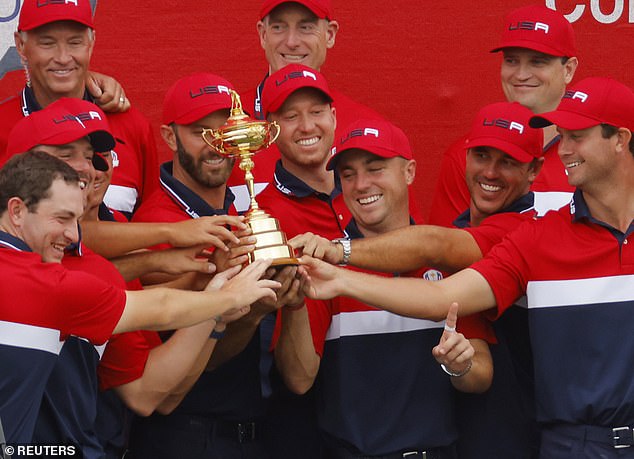