And Dani Dyer shared a snap of her bare baby bump on Instagram on Friday as she excitedly awaited the arrival of her child.

It comes after her star dad Danny Dyer revealed he has affectionately nicknamed his pregnant daughter’s unborn child ‘The Chav’. 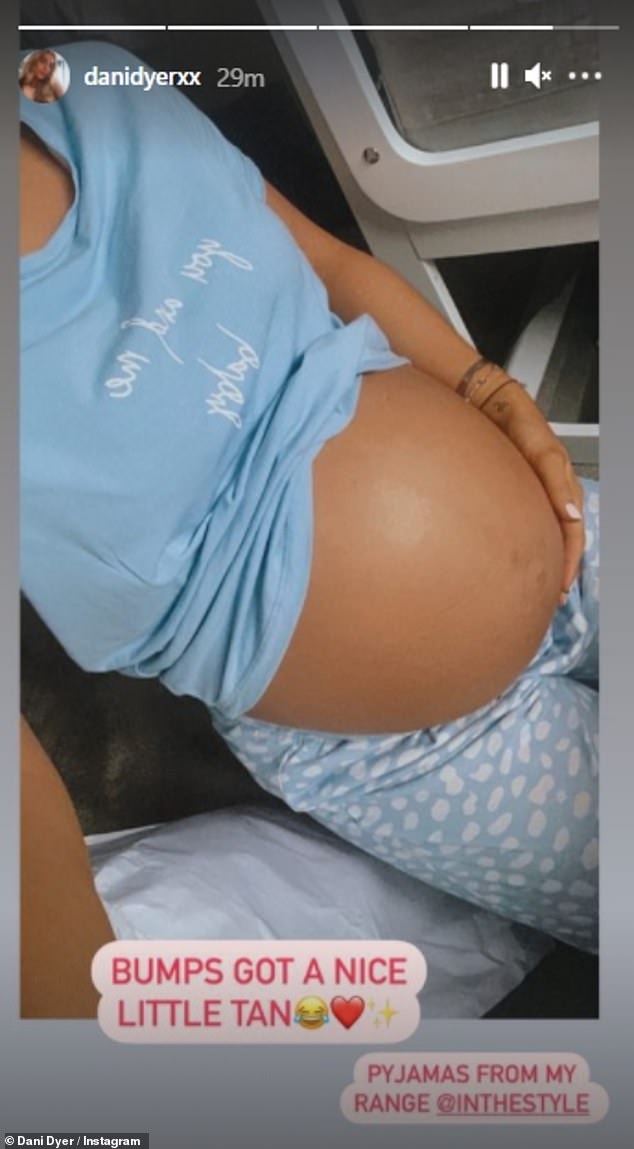 Bumping along nicely: Dani Dyer shared a snap of her bare baby bump on Instagram on Friday as she excitedly awaited the arrival of her child

Love Island winner Dani, 24, cradled her burgeoning bump in the image and joked ‘bumps got a nice little tan’, after previously applying tanning butter to her body.

And the mum-to-be was certainly comfortable for the snap as she donned a pair of baby blue pyjamas from In The Style.

Her snap comes after actor dad Danny, 43,  jokingly referred to his grandchild-to-be in the pejorative term, often used to describe anti-social lower-class youths. 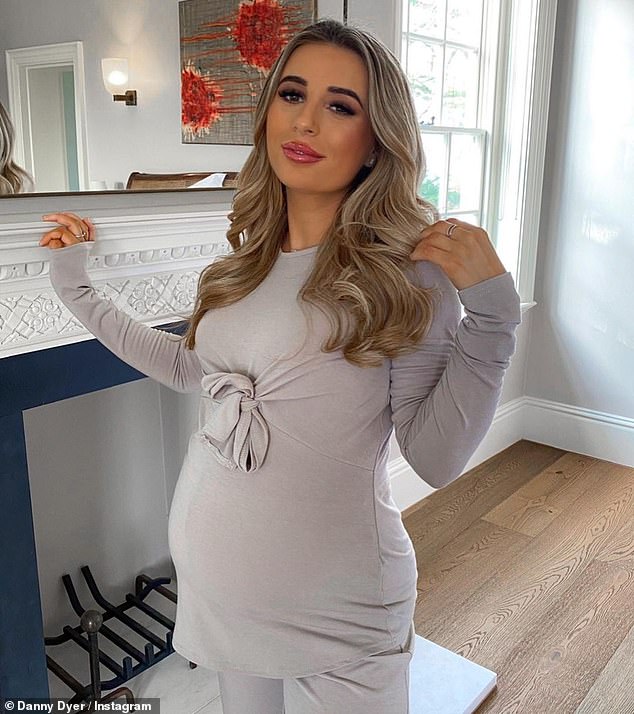 Expectant mum: The Love Island winner, 24, is set to welcome her first child with boyfriend Sammy Kimmence later this month

However, Dani appeared to take the comment in stride as she chatted with her screen star father about her imminent due date on their Sorted With The Dyers podcast.

During their chat, Danny excitedly declared of his daughter’s first child with her boyfriend Sammy Kimmence: ‘The Chav’s coming – it’s on its way!’

Dani asked her dad if he would be on hand to support her through labour, prompting Danny to respond: ‘As long as it’s nice and quick for you, it doesn’t matter if I’m in the waiting room or indoors with my feet up eating some crisps.’

The nickname ‘chav’ appears to to be far from unfamiliar within the Dyer household, as Danny has affectionately referred to Dani as such in Instagram posts in the past.

This week, Dani has been sharing details of her preparations for giving birth, including showing all of what will be packed into her bag for the hospital.

Expectant mother Dani has even picked out the black ensemble she will wear once she leaves hospital with her new bundle of joy. 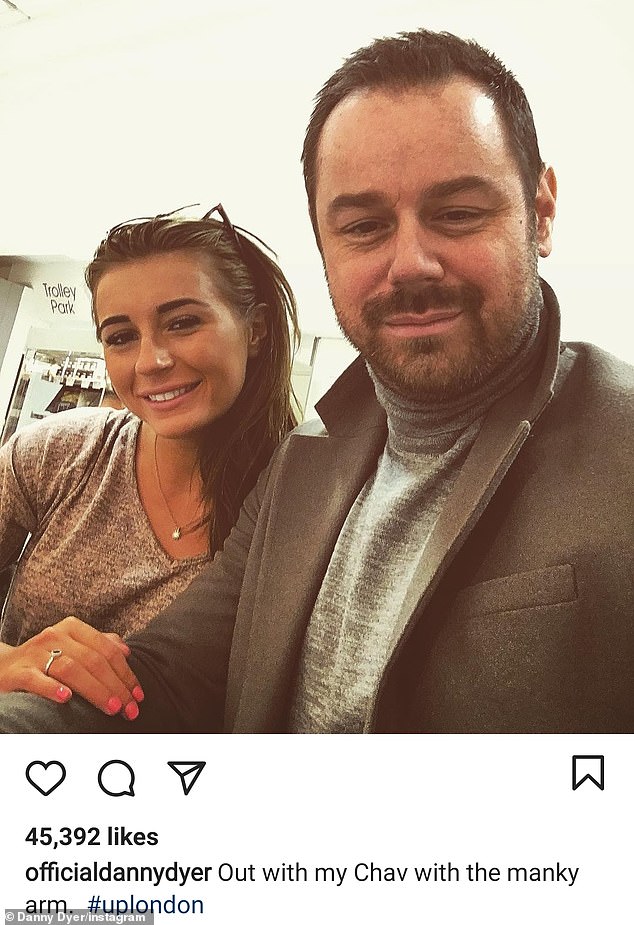 Chav: The nickname ‘chav’ appears to to be far from unfamiliar within the Dyer family, as Danny has affectionately referred to Dani as such in Instagram posts in the past, as seen in 2018

She admitted she was in pain after the uterine contractions, which can start six weeks into any pregnancy but are more prevalent in the second or third trimester.

‘Honestly there’s so much that goes into being pregnant. They were really painful. I was like what’s this, what’s that. Wow, they’re not very nice.’

The TV personality also fielded a Q&A with followers after many shared their own experiences with the mild cramping brought on by the contractions. 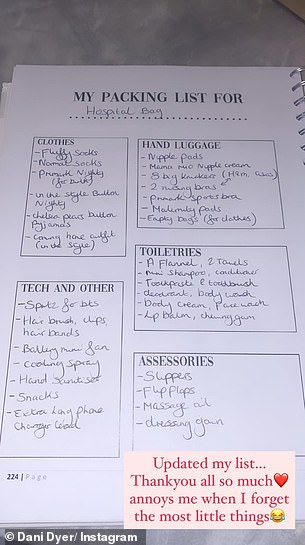 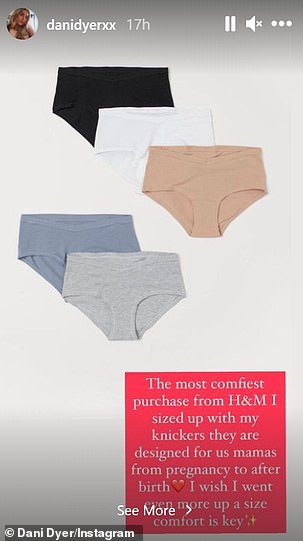 Preparations: The star this week took to her Instagram Stories to share details of what would be going in her hospital bag when she leaves home to give birth 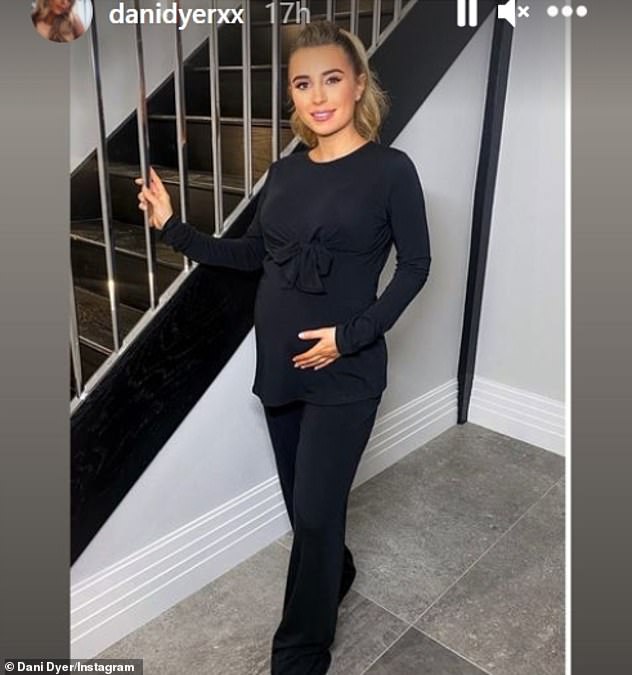 Ensemble: The erstwhile Love Island champ recently unveiled the outfit she plans to wear home from the hospital after having her baby

Responding to a fan who suffered with Braxton Hicks 26 weeks into her pregnancy, Dani admitted she was at an advantage as she had researched the symptom before experiencing it.

She said: ‘Always best to get checked if you’re scared. I read about them in a book weirdly enough yesterday so I felt like I knew exactly what they was when it was happening.’

The Love Islander told her Instagram followers on Christmas Eve that she is ‘so scared to give birth’ as her due date quickly approaches in ‘a month’s time’.

She begged her followers to give her ‘tips’ as she admitted that she was finding it hard to remain laid back about going into labour.

The expectant mother said that she was terrified as it hit her that she is going to be welcoming a baby very early in the new year. 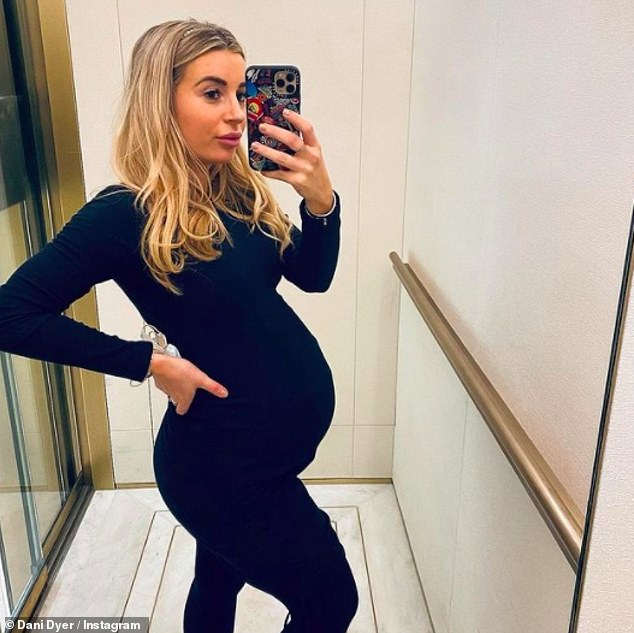 Coming soon: Last week, Dani revealed she experienced her first Braxton Hicks contractions and admitted she was in pain after the uterine contractions 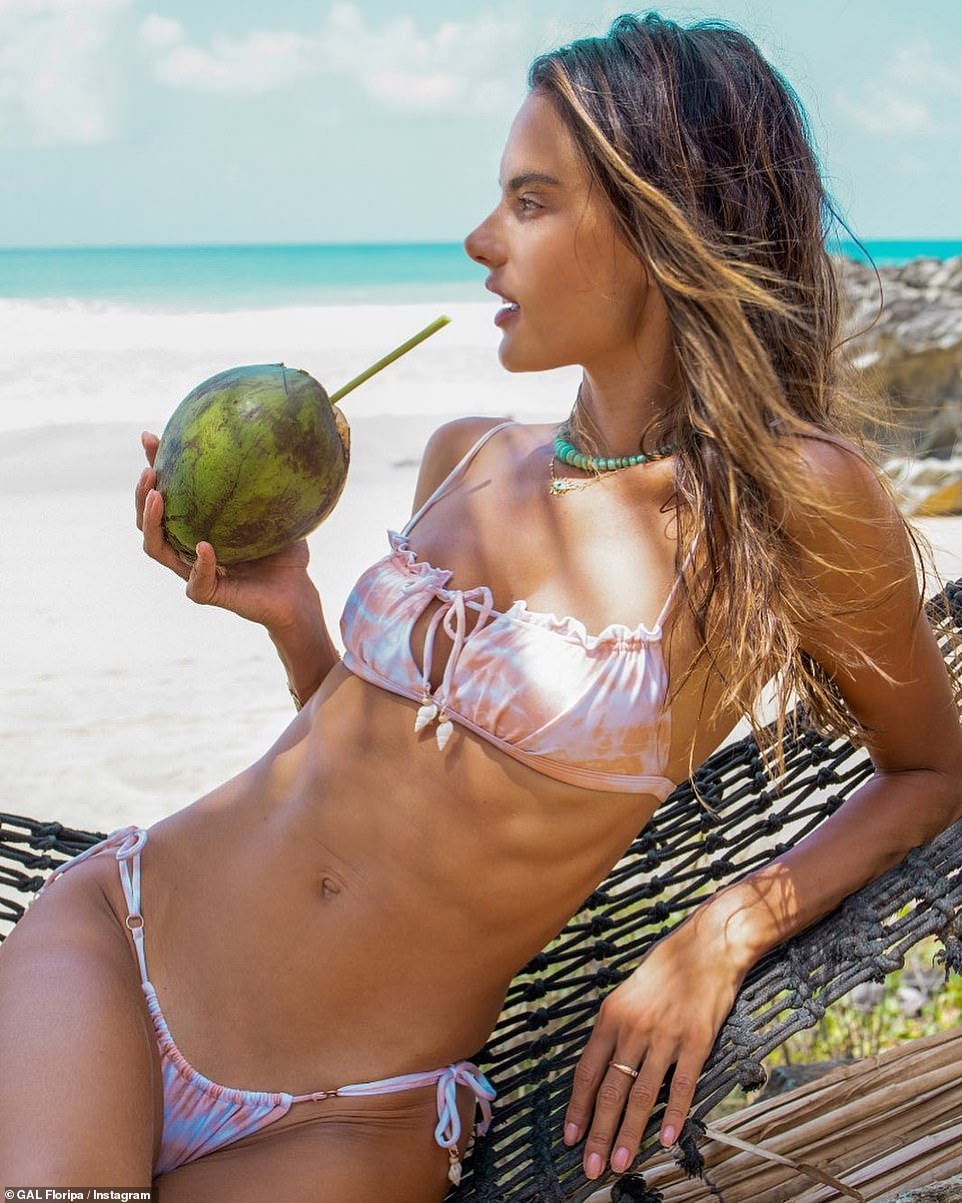 Alessandra Ambrosio, 40, proves she does NOT age as she shows off impressive abs 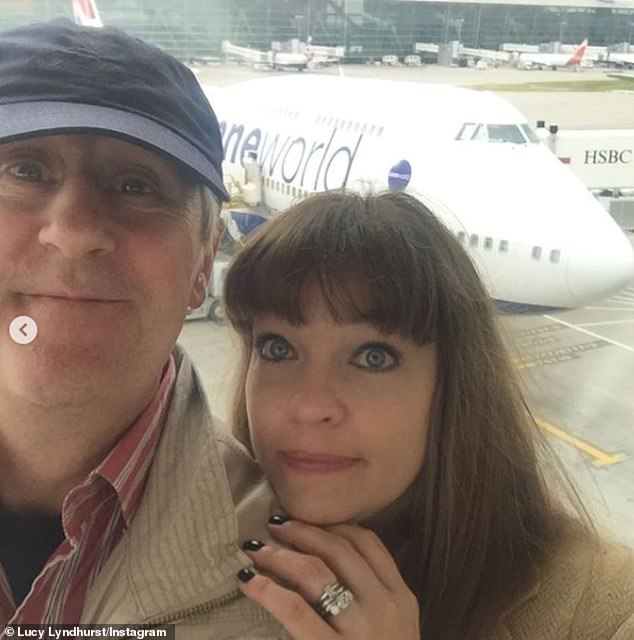 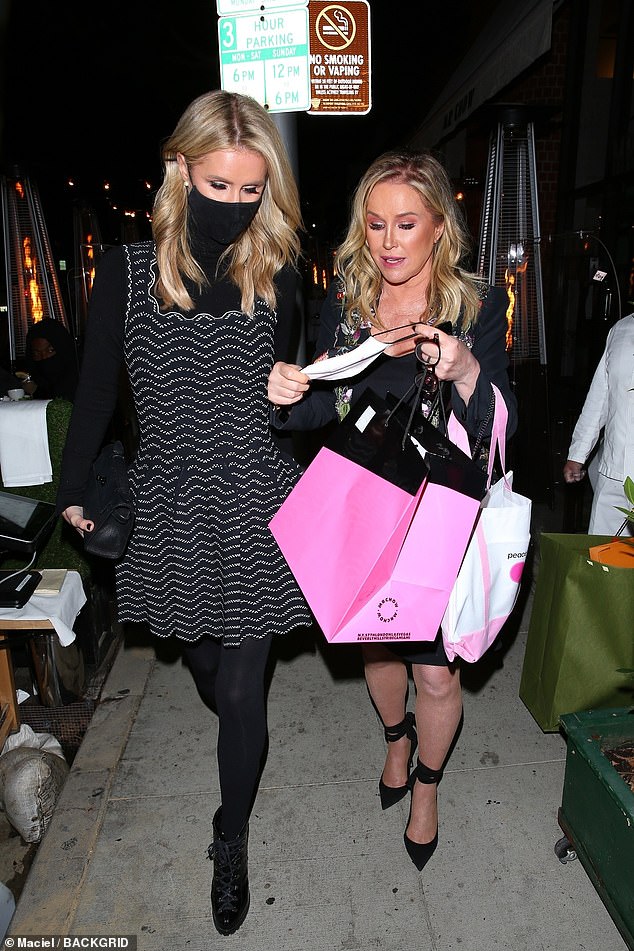 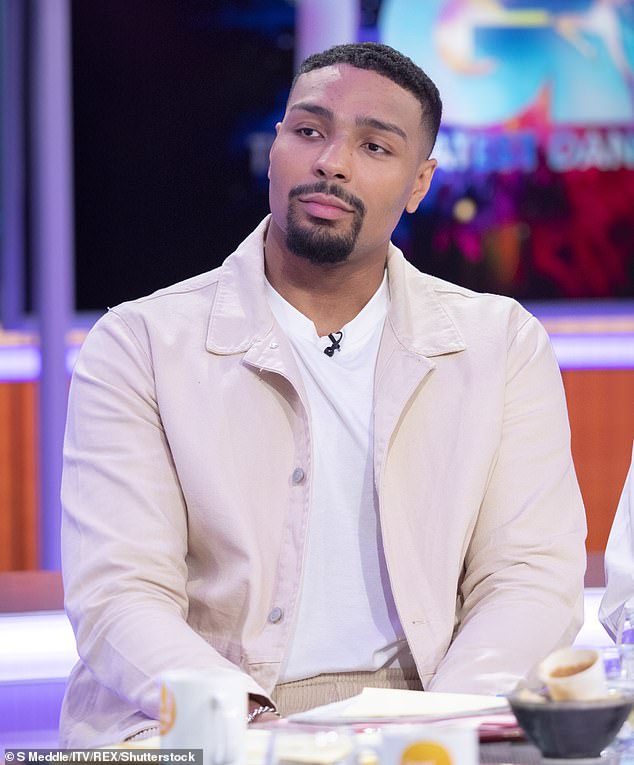 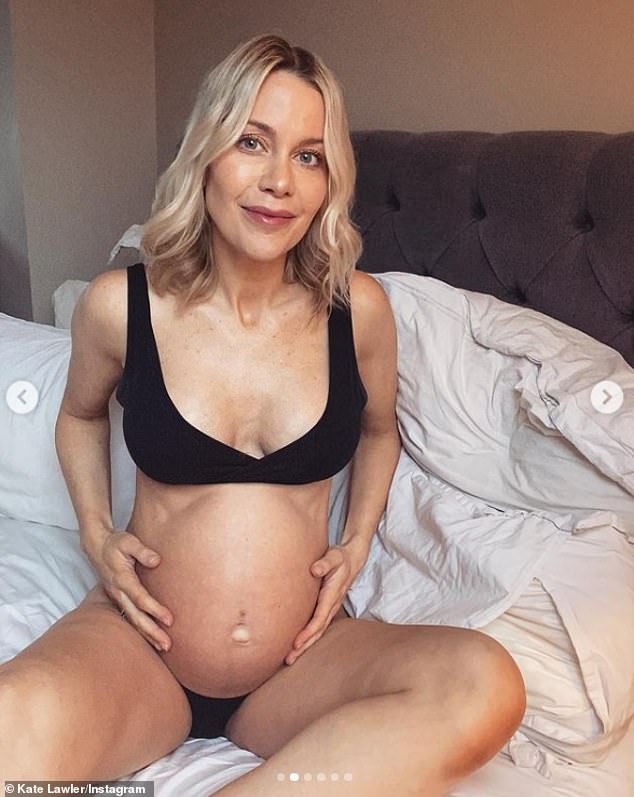 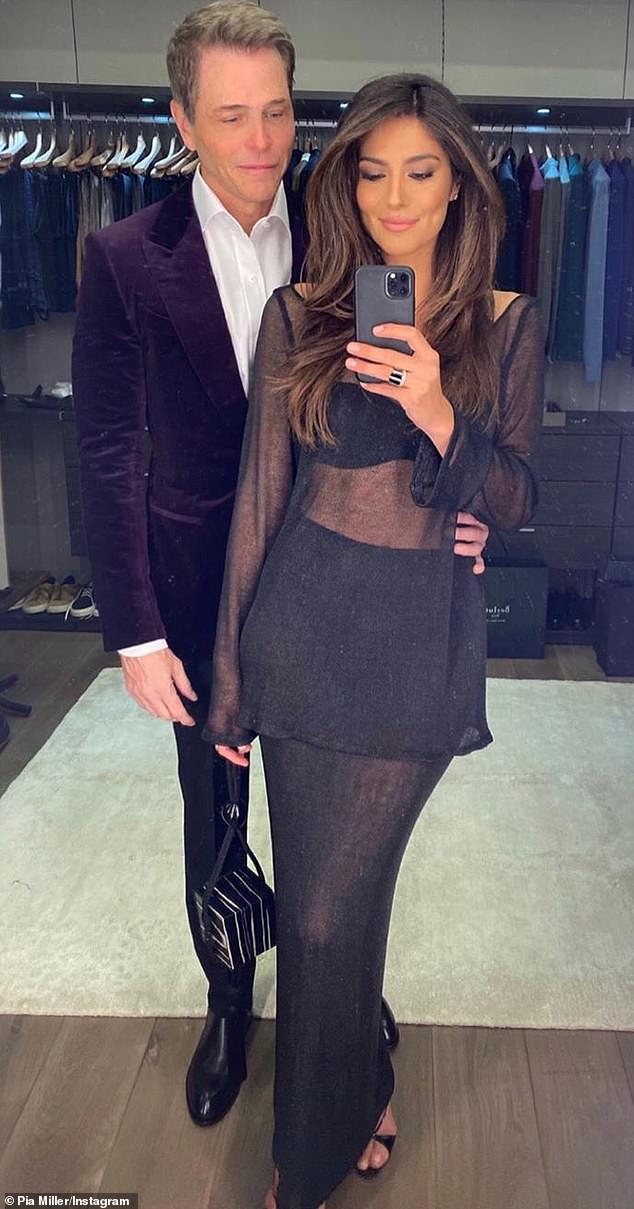 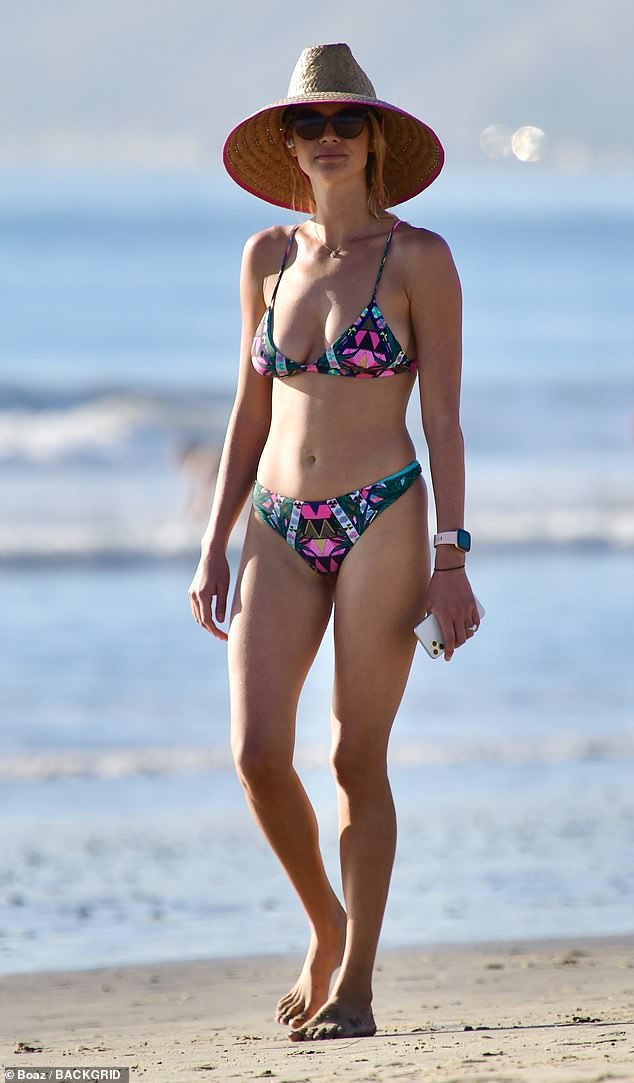