This is the heart-stopping moment a pet store worker clings to the hood of a speeding car after the couple inside stole a dog worth $10,000 from her shop.

Alize James, 21, was working at Bully Kamp pet store in Harris County, on November 4 when a couple asked to see one of their bull dogs.

While Ms James was distracted by a UPS courier, the couple ran off with the puppy – who had just underwent surgery and required special medication.

Police identified the female suspect as Royshana King of Houston. She was arrested earlier this week and charged on suspicion of aggravated burglary with a deadly weapon.

The man, who was also also in the store, has not been identified. 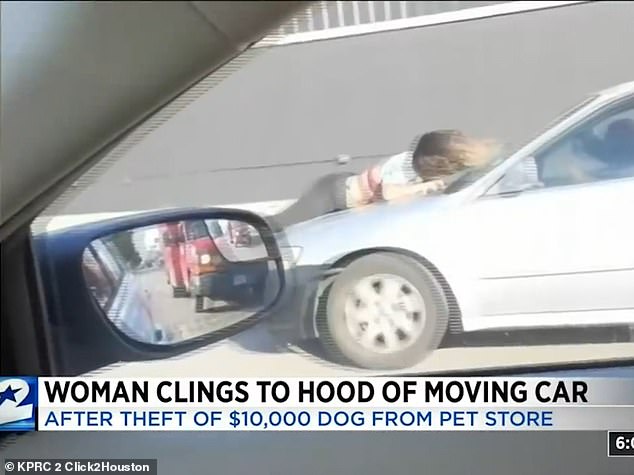 Alize James was filmed clinging to the hood of a car in Houston, Texas in November while she tried to prevent a couple from stealing a dog worth $10,000 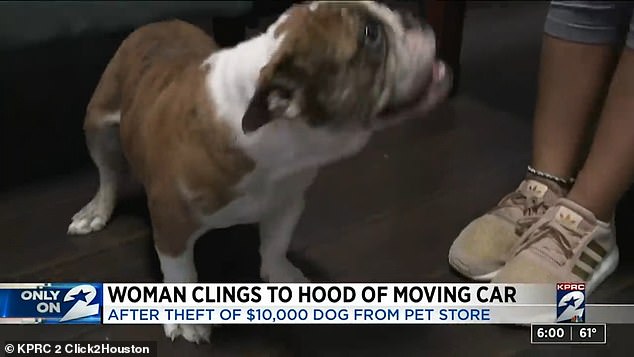 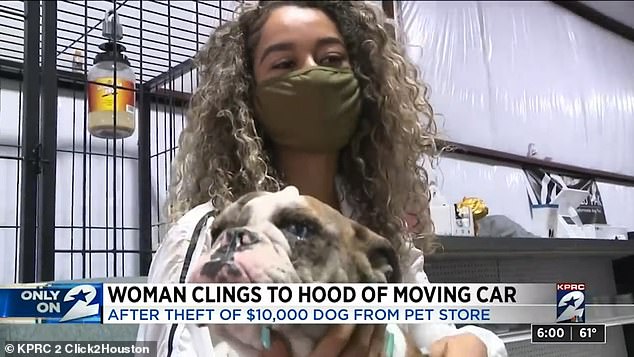 Ms James, pictured, said she was afraid for her safety while clinging to the car

Ms James told the that the couple ‘were aggressive’ and demanded a dog on the day they were in the store.

She said the woman supplied a name and phone number to arrange a finance agreement to pay for seven-month-old female bulldog Chica.

Ms James admitted she was only concerned about the dog’s safety when she confronted the pair.

In an interview with, Ms James said: ‘I just love all types of animals. My mind is focused on her health, I obviously didn’t care about my wellbeing.’

The 21-year-old store worker tried to block the car from leaving but the couple struck her with the car in their bid to escape.

She said: ‘Next time I heard the gas go, he went very aggressively and it (the bumper) kind of like slapped me on top of the car.’

Ms James jumped on the car’s hood and was filmed driving through Houston clinging on to avoid falling off. She admitted that she was scared she might fall off.

Eventually the couple stop after around 10 minutes, when the man allegedly assaults Ms James before finally escaping with the dog. 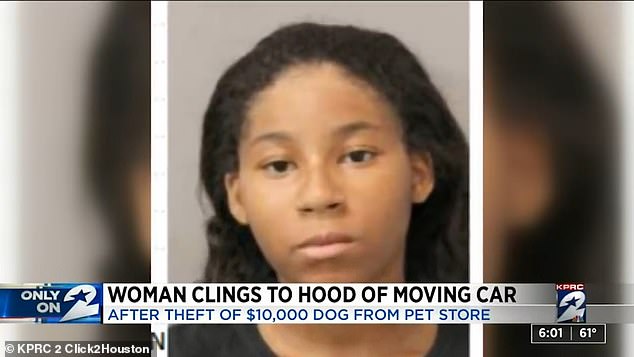 Royshana King of Houston was charged in connection with the theft and is currently in custody pending a $15,000 bail bond 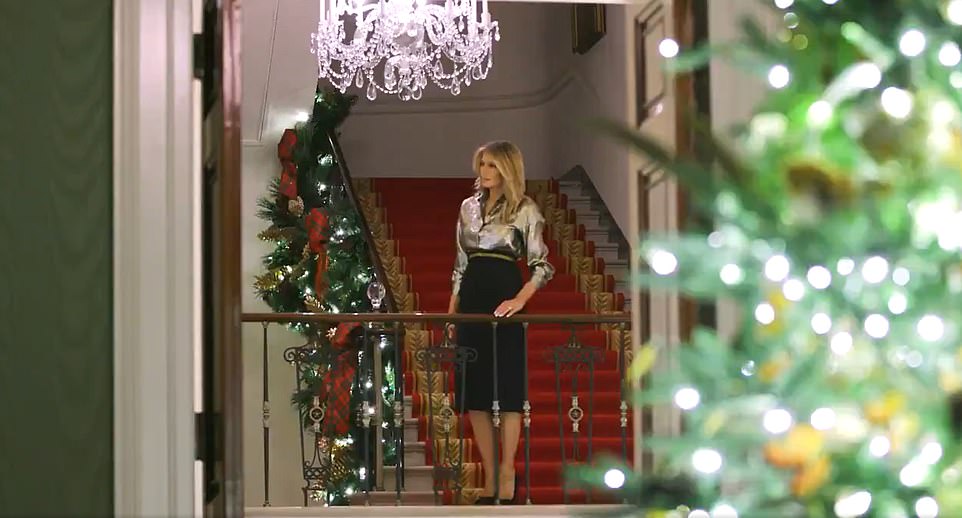 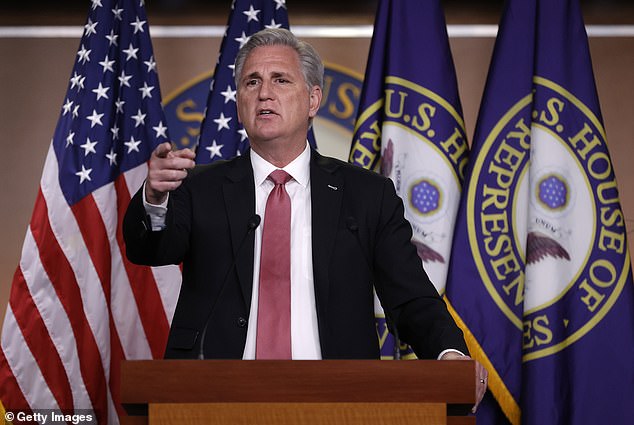 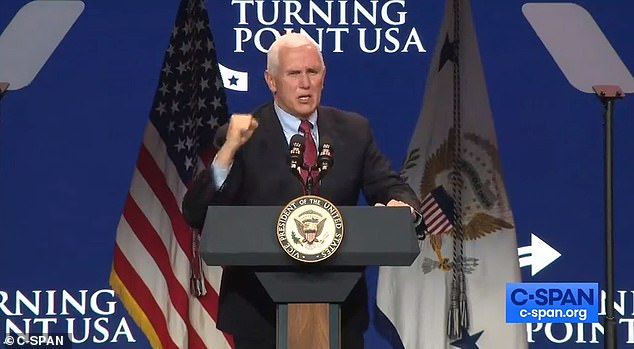 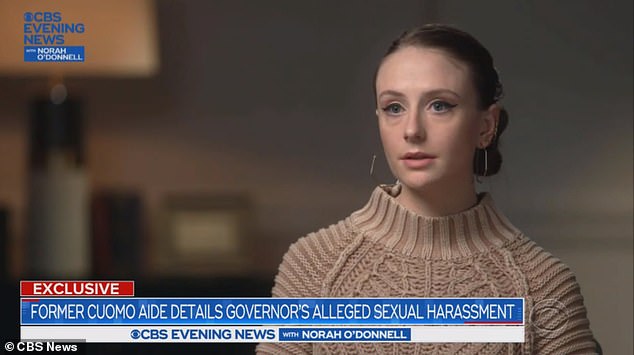 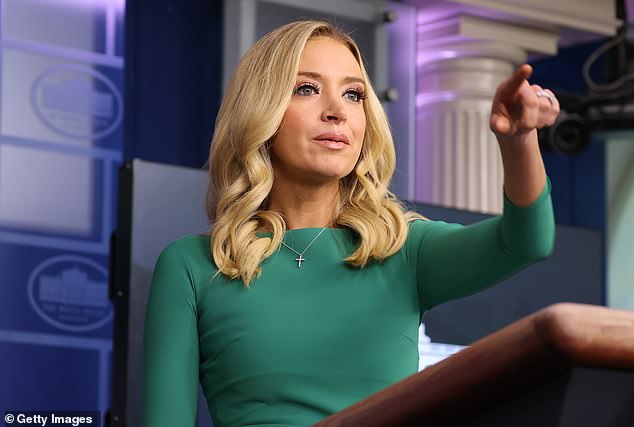 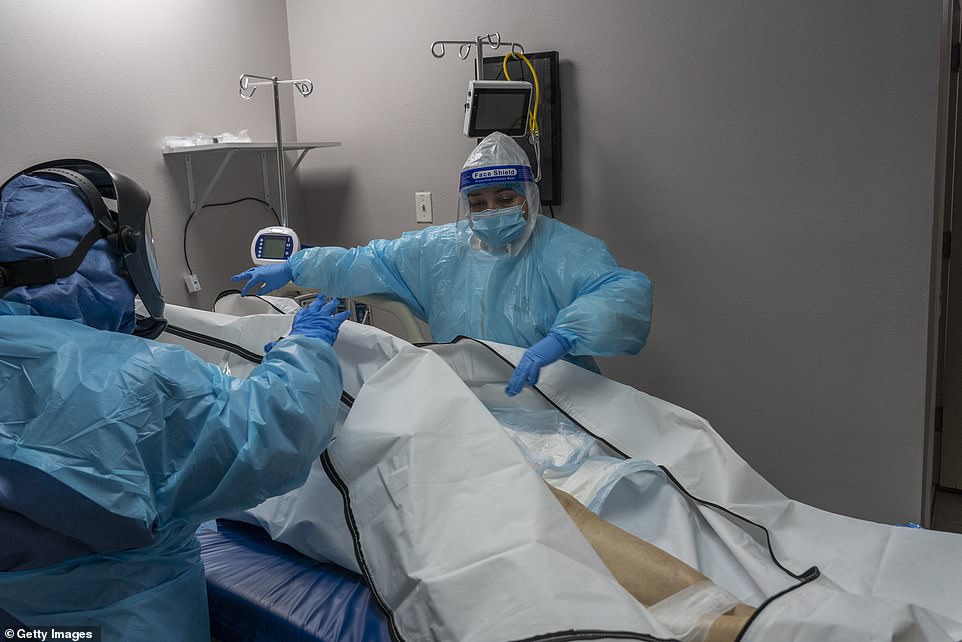 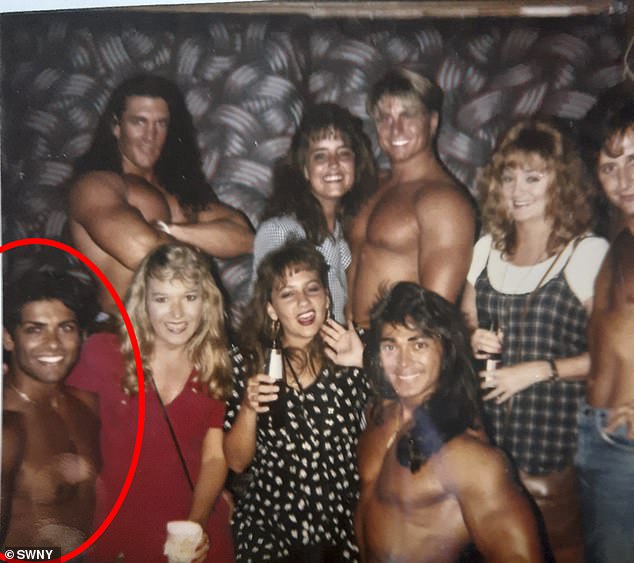