Health bosses last night insisted urgent cancer operations in will not be scrapped to ease the strain on hospitals inundated with patients.

Sir David Sloman, regional director for the capital, stressed that surgery is continuing despite the increased demand on hospitals from Covid-19.

His pledge came after it was claimed that potentially life-saving cancer operations would be cancelled because hospital capacity was creaking under the pressure.

The Observer reported that urgent cancer treatment was set to be cancelled, meaning sufferers could face crucial operations being postponed for months.

It sparked fears that ‘priority two’ procedures, where patients have to be operated on within four weeks to prevent their condition to markedly deteriorate, would be cancelled.

A senior London NHS figure told the newspaper such operations ‘are curative if done within four weeks but if you wait longer they may not be so effective’.

But the NHS director for the capital robustly denied there were any plans to cancel vital cancer surgery.

Sir David said: ‘Londoners continue to receive urgent cancer care and surgery. Urgent cancer surgery is not being cancelled in London, and The Observer did not approach us to check for factual accuracy before running its story.’ 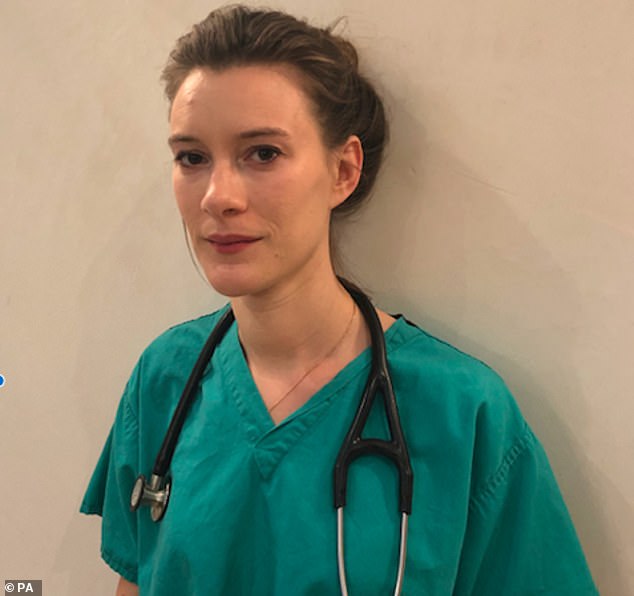 NHS England said it is drawing on resources and capacity in the private sector to ensure cancer surgery continues to happen.

The UK recorded a record 57,725 Covid-19 cases yesterday, the most since the pandemic began and the fifth day daily infections surpassed 50,000.

The country also saw an additional 445 deaths, taking the total official count to 74,570 – but 90,000 people in total have died with Covid-19 written on their death certificate.

London is now the epicentre of the UK’s outbreak and its hospitals are being stretched with the flood of patients. 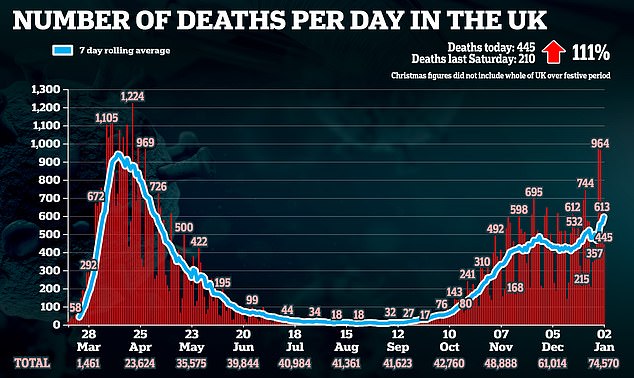 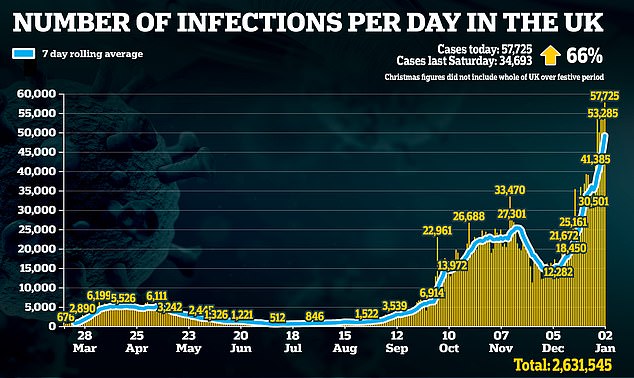 One doctor at a busy London hospital laid bare the pressure frontline medics are up against.

Dr Katie Sanderson told the : ‘Things are incredibly difficult now. Hospitals are doing everything they can – with all hands on deck, even flying patients out to other parts.’

She added that ‘nurses are stretched ever thinner’ and that staff are ‘scared’ because of ‘woefully inadequate’ PPE.

President of the Royal College of Physicians Professor Andrew Goddard also noted healthcare workers in Britain are ‘really worried’ about the battle against the virus over the next few months. 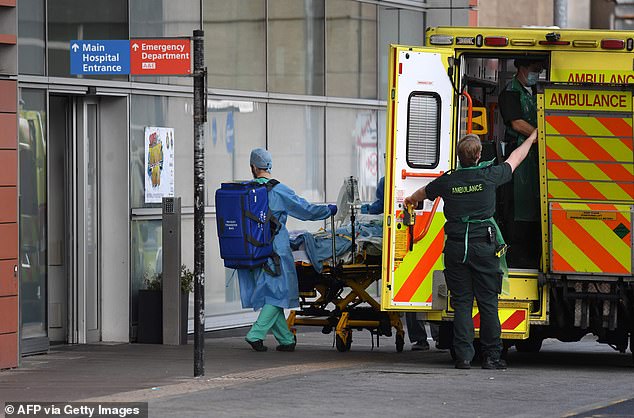 London Ambulance staff stretcher a patient from the ambulance into The Royal London Hospital in east London, on Saturday 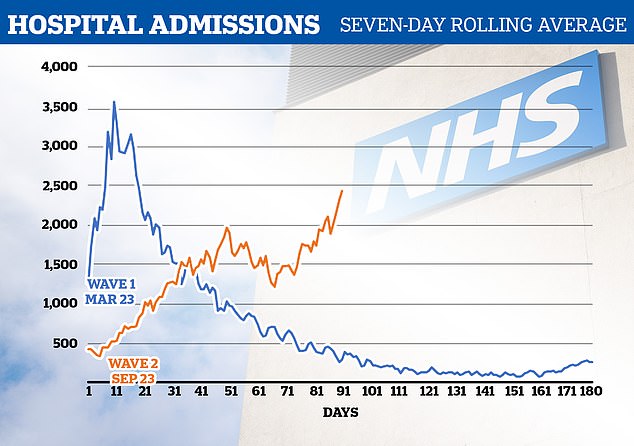 ‘We know that is more infectious, more transmissible, so I think the large numbers that we’re seeing in the South East, in London, in South Wales, is now going to be reflected over the next month, two months even, over the rest of the country.’

He added: ‘This new variant is definitely more infectious and is spreading across the whole of the country.

‘It seems very likely that we are going to see more and more cases, wherever people work in the UK, and we need to be prepared for that.’

The first batches of the newly-approved coronavirus vaccine from Oxford University and AstraZeneca arrived at UK hospitals ahead of the jab’s rollout tomorrow.

Some 530,000 doses of the jab will be available from Monday – with vulnerable people taking priority – as Health Secretary Matt Hancock says the inoculation drive is ‘accelerating’. 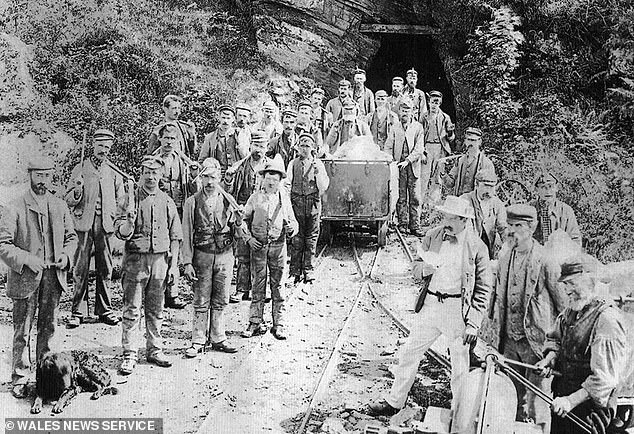 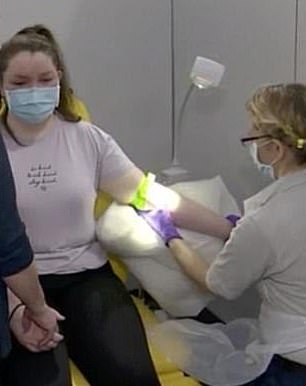 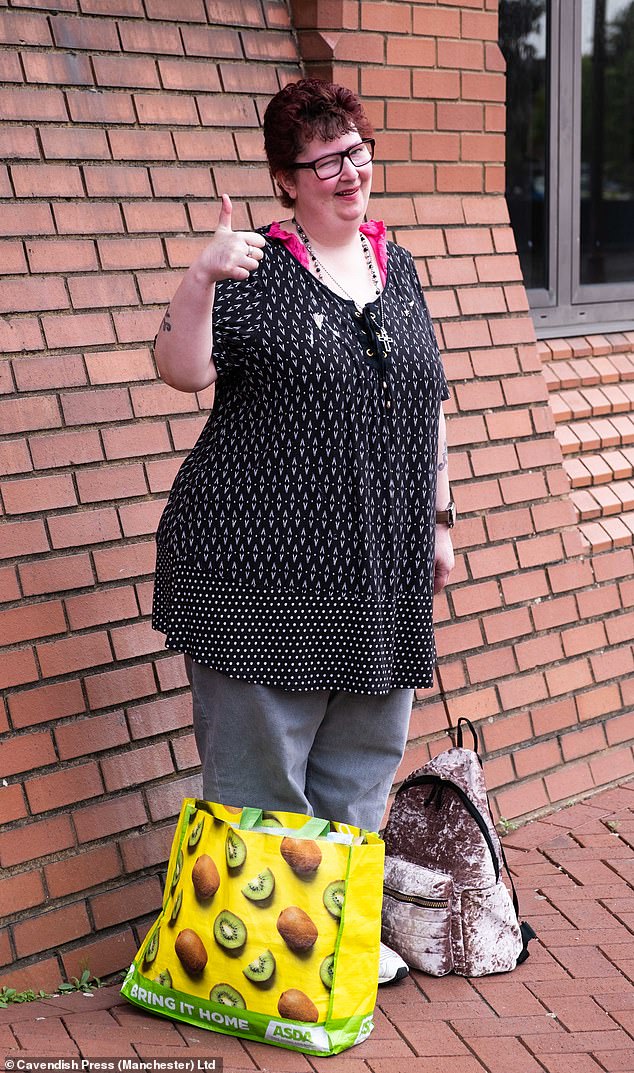 Drunk owner, 48, who stabbed her cat then put it in a freezer grins as she is spared jail 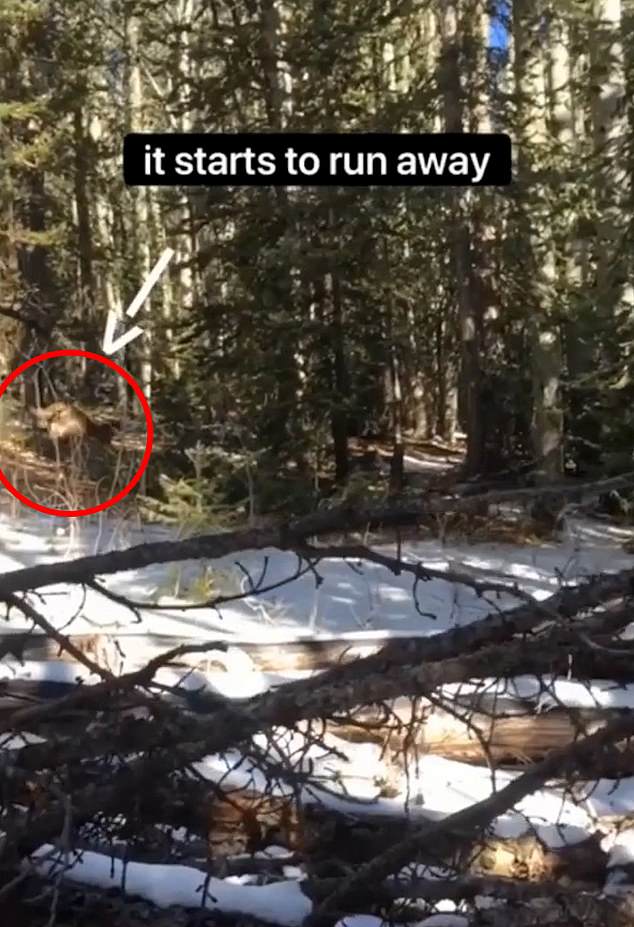 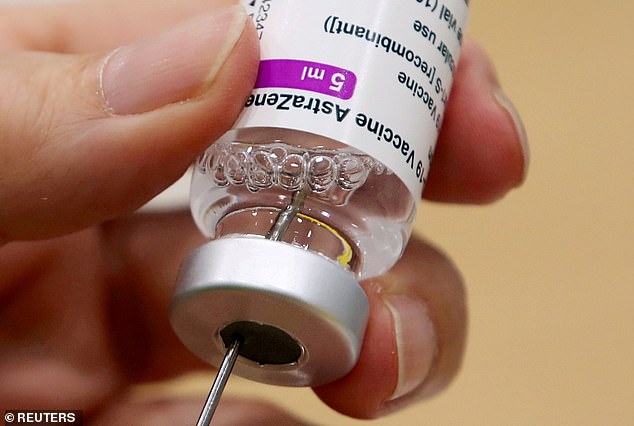 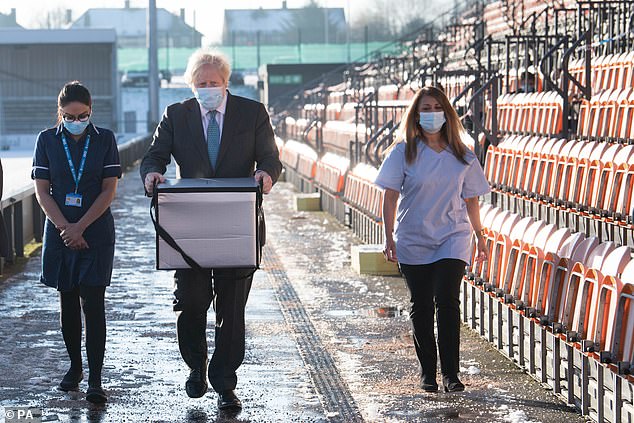 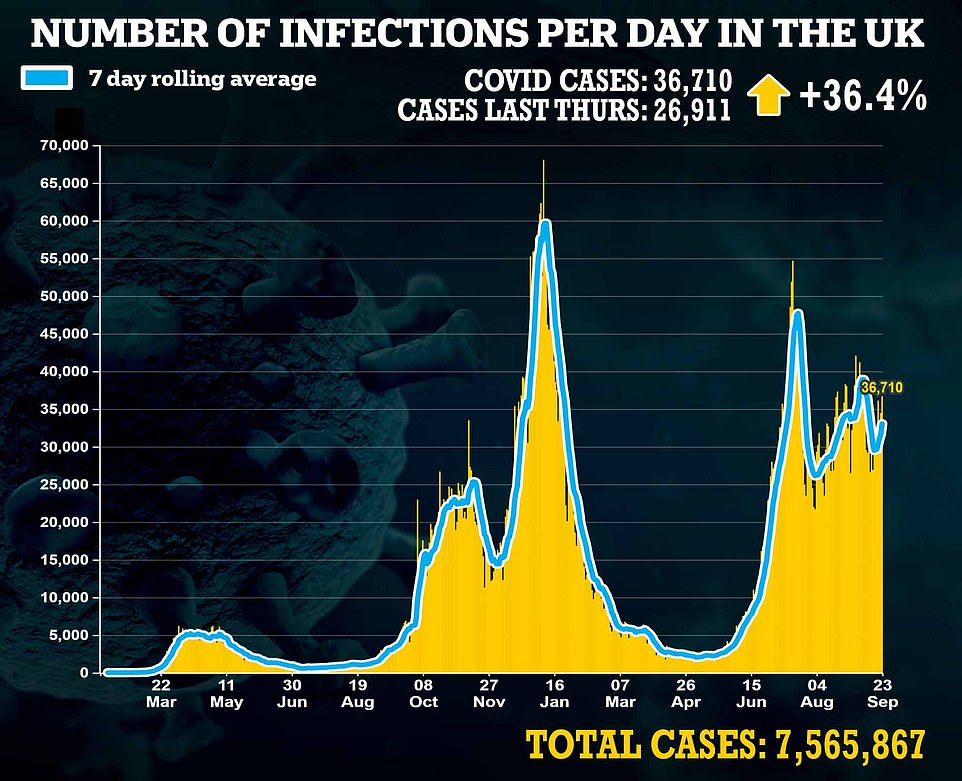 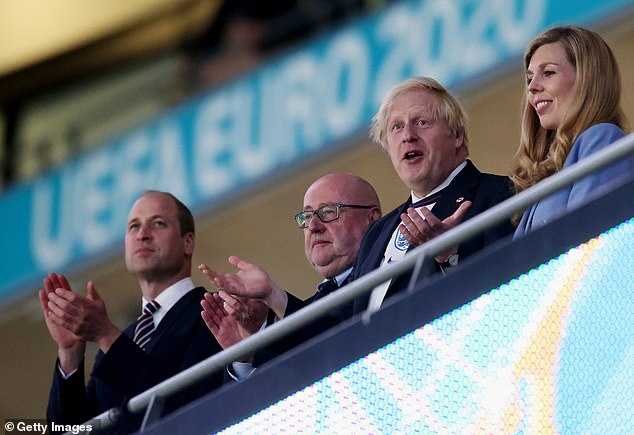 Boris Johnson voices his support for the England football team