police have found ‘no evidence’ of explosives after they evacuated the downtown area of Lexington after reports of a bomb threat involving an RV.

At 8.30pm, Lexington police tweeted that officers are ‘working an incident in the area of Short Street and Market’.

‘Pedestrians and motorists are asked to avoid the area,’ officers wrote.

Patrol cars were seen blocking off intersections in the downtown area Thursday night as bars were evacuated.

The scene was cleared around 10.15pm after police said they found ‘no evidence of explosives’.

‘Officers made contact with the driver of the RV and no explosives were located,’ Lexington Police said in a statement. 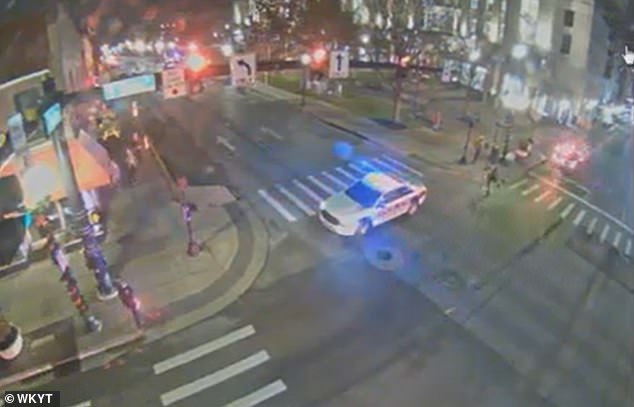 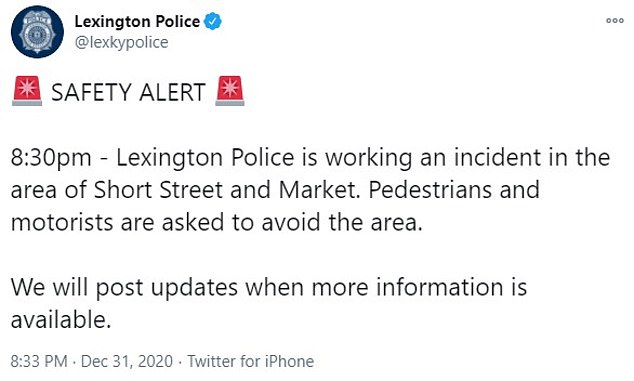 At 8.30pm, Lexington police tweeted that officers are ‘working an incident in the area of Short Street and Market’

Earlier in the night, authorities were seen directing traffic away from the apparent suspicious activity.

In a follow up tweet, the department said: ‘AVOID DOWNTOWN Traffic is shut down and the area of Vine to Third Street and Broadway to  Blvd is being evacuated.’

A witness in the area shared on Twitter that their vehicle was parked by the RV in question. ‘Bomb threat in an RV in downtown Lexington, KY right now. Downtown is being evacuated. Of course my car is parked next to said RV…’ the individual wrote.

Another person shared: ‘Part of downtown Lexington being evacuated due to lone RV in random parking lot. Apparently K9 sniffed something suspicious. Of course #newyearseve2020 ends like this. Wife and I having dinner 75 feet from RV.’

A local reporter shared on Twitter that one couple said ‘they were told to get out of the area because of a bomb threat’.

‘They said the police were operating a robot,’ the reporter tweeted.

Another individual shared: ‘My wife and I were evacuated from Dudley’s. We were told there was a suspicious vehicle in the adjacent parking lot.’

The incident has sparked fears that the RV could contain explosive devices similar to those in Nashville, Tennessee. On Christmas Day, the explosion took place in the heart of the Nashville’s historic downtown, killing the bomber and injuring at least eight people.

The explosion damaged dozens of buildings. Federal officials are continuing to investigate the motive of the man they identified as the bomber, 63-year-old Anthony Quinn Warner.

Just moments before the explosion, a recording blaring from Warner’s RV warned locals in the area to evacuate immediately.

Officials are continuing to assess building damage caused by the bombing as law enforcement officials on Thursday allowed media outlets the first opportunity to survey the downtown Nashville explosion site.

The photos show blown out windows, debris spilling out of buildings onto sidewalks and a dark crater where the bomb directly went off.

‘Our priority is to try to make residents and businesses whole and Metro is working to get business owners and residents back into their properties as quickly as possible and to assist those who’ve lost their jobs,’ Mayor John Cooper said.

City officials hoped to finish their assessment of the structural damage of the 41 affected buildings by next week.

Gov Bill Lee has asked the White House for an emergency declaration to free up money and resources to impacted business owners. The federal government is reviewing the request. 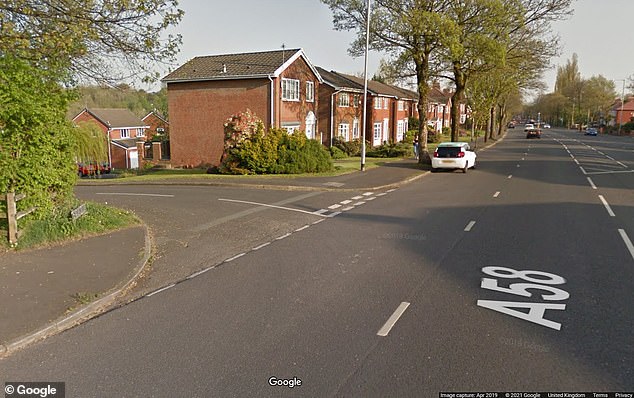 Driver, 69, dies after being run over by his own car as he tried to stop it rolling downhill 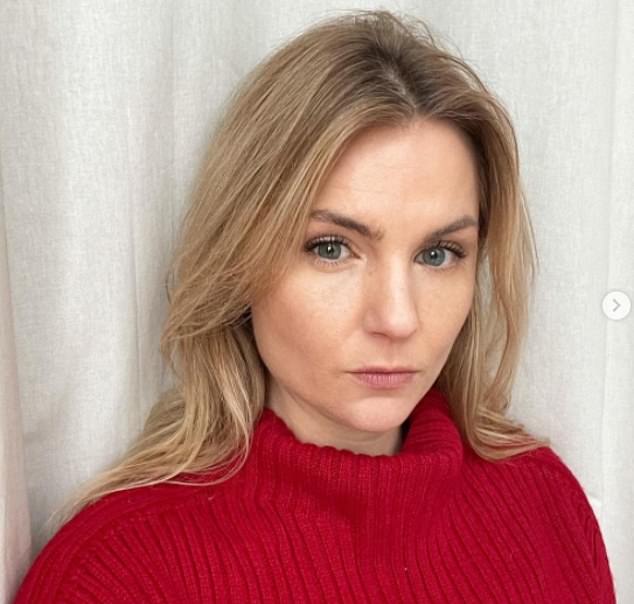 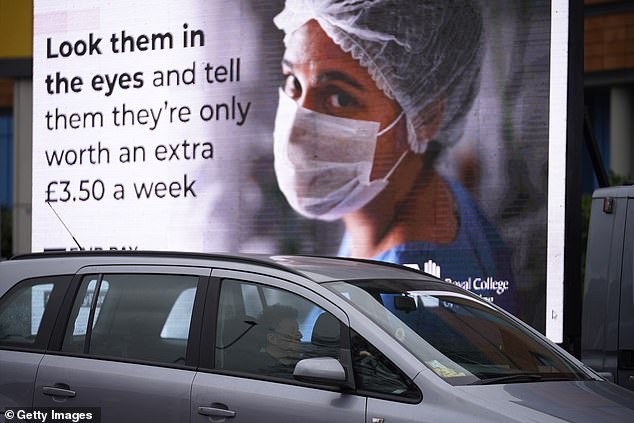 SARAH VINE: Why do we spray Covid millions at everyone – but nurses? 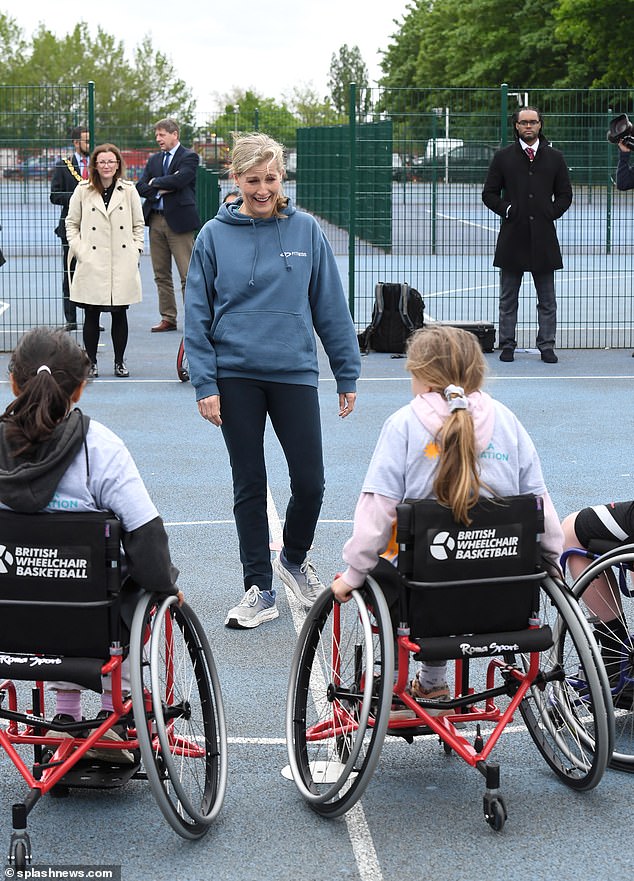 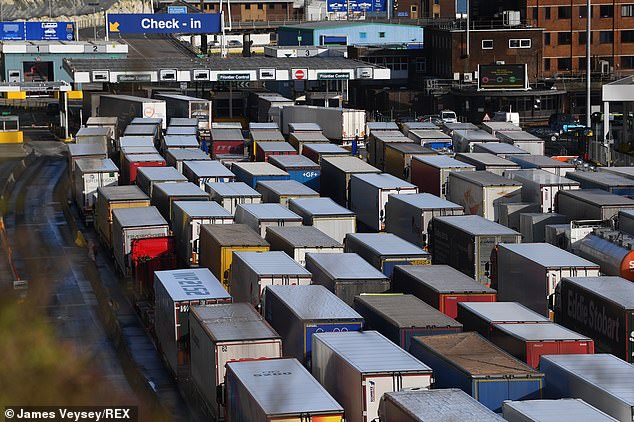 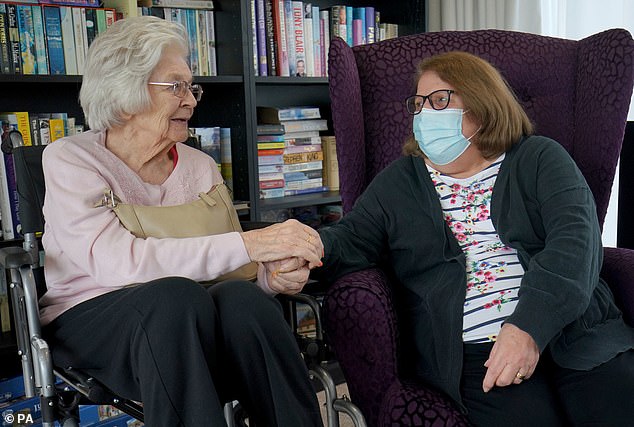 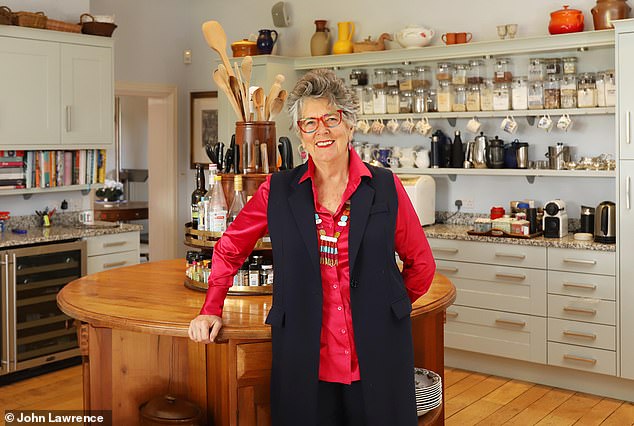