Rachel Zoe is still making the most of her Aspen vacation despite a few harrowing ski accidents while on the slopes.

The 52-year-old designer and fashionista was seen taking a day off from scaling the powder as she looked effortlessly chic while strolling through the upscale town.

The outing comes just days after her nine-year-old son Skyler fell 40-feet from a chair lift, with Rachel herself falling on the slopes just days later. 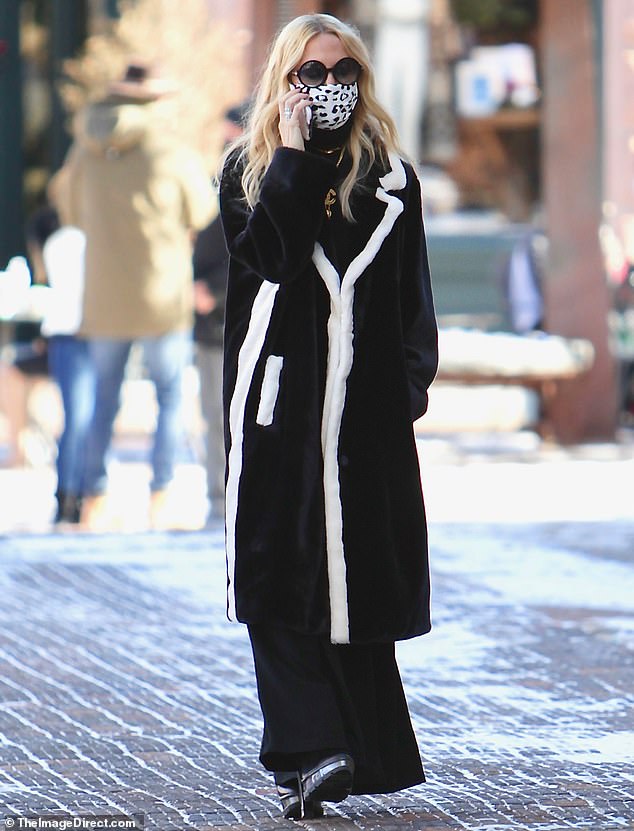 Chalet chic: Rachel Zoe, 52, looks effortlessly glamorous in a black and white fur coat while strolling through Aspen just days after her son Skyler fell 40 feet from a chair lift

Despite being on a holiday vacation, it seems the work never stops for the fashion powerhouse as she chatted on the phone.

Her luxurious black fur coat featured white trimming as she threw the statement piece over an elegant pair of  flared trousers.

Adding some height to her look she rocked black platform boots and topped the look off with a gold Chanel pendant and a vintage diamond ring. 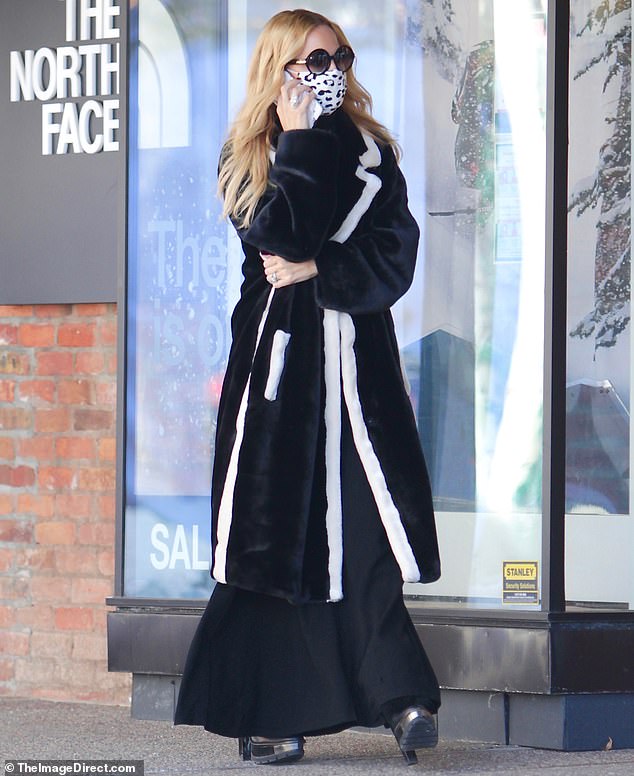 Caffeine fix: Wearing her signature round framed sunglasses and a luxurious calf-length coat she headed to Starbucks to get an extra large coffee

Wearing her signature round framed sunglasses, she kept herself protected in a stylishly coordinated black and white face mask.

Zoe was seen hitting up Starbucks to get her usual venti coffee as she added some warmth to her day.

After Skyler’s accident on Monday, Rachel shared a photo of him in the hospital as she talked about the fragility of life and the stress of being a mother.

Saying she usually never posts things like this she said on Monday, ‘This is Sky yesterday in the ER and I will share  what happened when I feel more ready.’ 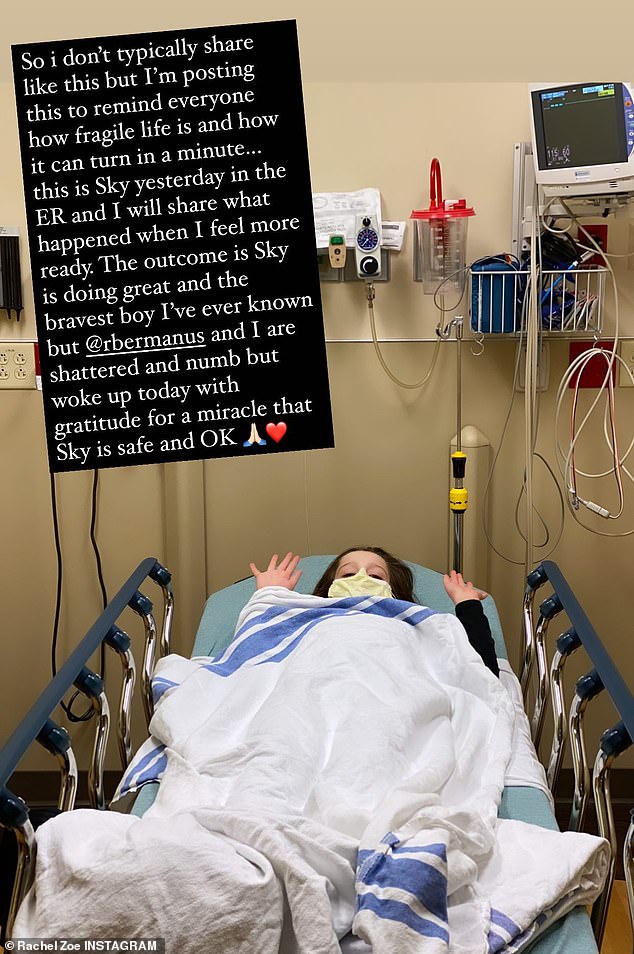 Miraculous recovery: The nine-year-old is recovering well after his 40-foot fall as Rachel said he was ‘saved by an angel,’ and called his recovery a ‘miracle’; pictured Monday

She continued to say, ‘The outcome is Sky is doing great and the bravest boy I’ve ever known,’ adding that she and husband Rodger Berman were ‘shattered and numb’ afterwards.

On Wednesday she shared more details of the event as she revealed the magnitude of his fall while saying Sky was recovering well.

‘I cannot yet retell the story as it really happened but Roger and I will heal our pain with time knowing that Sky is ok and stronger than ever.’

She added that he was ‘saved by an angel’ as she called his recovery a ‘miracle.’ 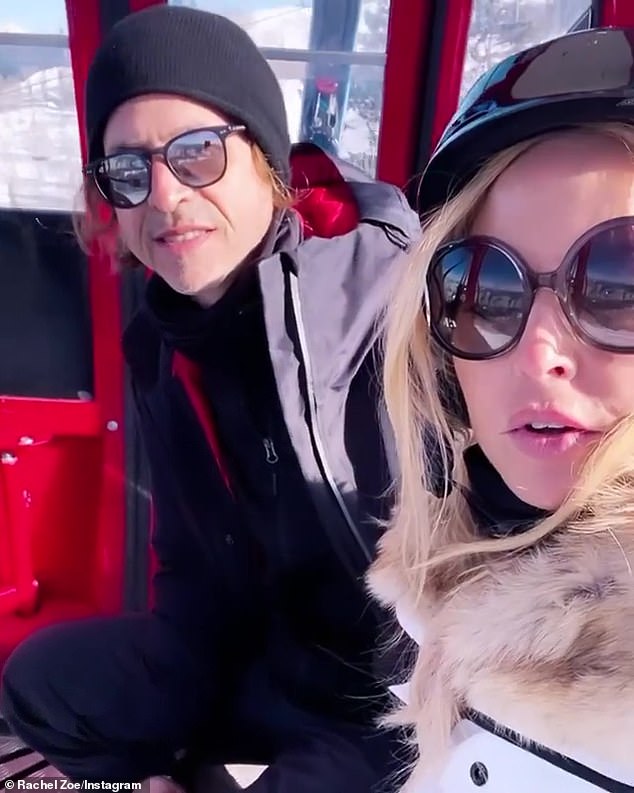 Hitting the slopes: Rachel and Rodger enjoyed some Christmas skiing with sons Kaius, seven, and Skyler, nine, while staying at chic Aspen hotel The Little Nell

Perhaps getting a little too excited to get back to skiing with the family a few days after the accident, Rachel said that on Thursday she fell hard while keeping her eye on Sky instead of her trail.

She wondered ‘is this a sign,’ as she said she was calling it a day and was ‘in agony.’

Saturday she shared a photo of herself in a helmet and white ski jacket and said, ‘Riding up in the sky,’ as she went back for another round.

The family is currently staying at the Residences at The Little Nell which is the only five star hotel in town with ski-in and ski-out access. 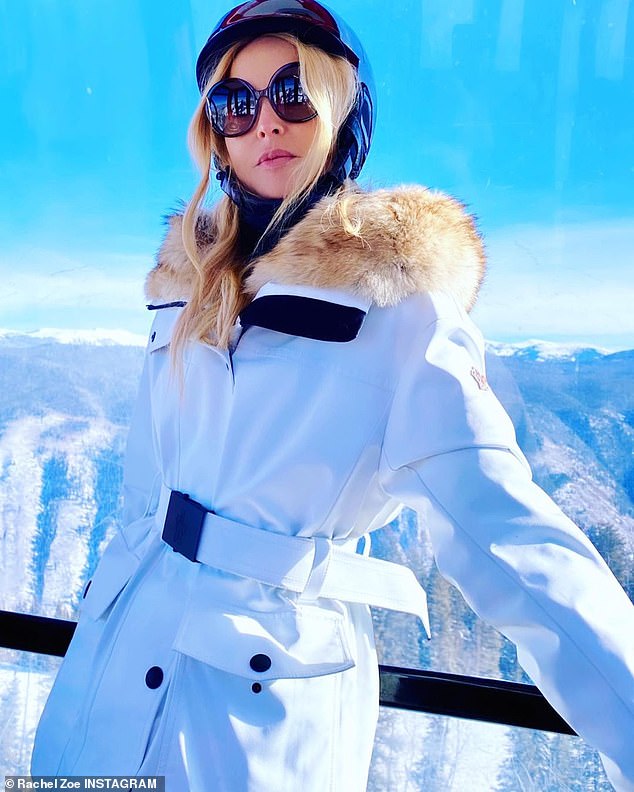 Sky high: After both she and Sky’s accidents, Zoe was ready for another round on Saturday as she showed off her glamorous ski look; pictured Saturday 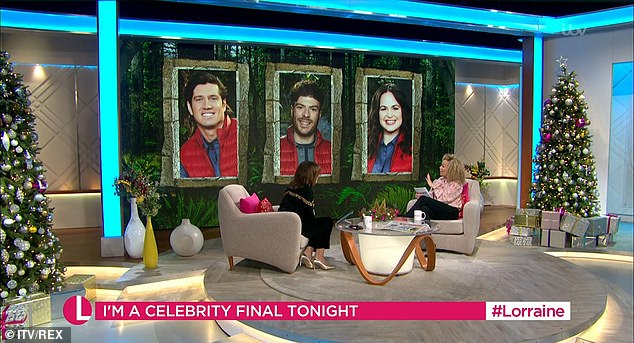 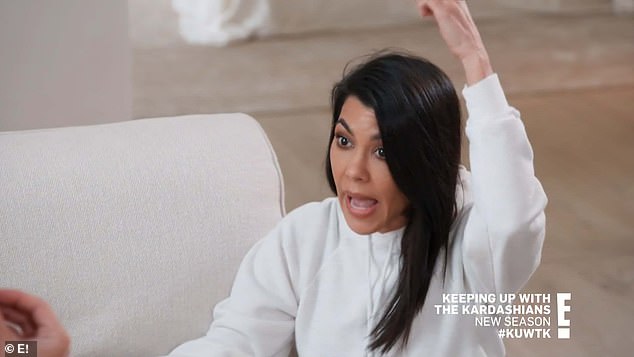 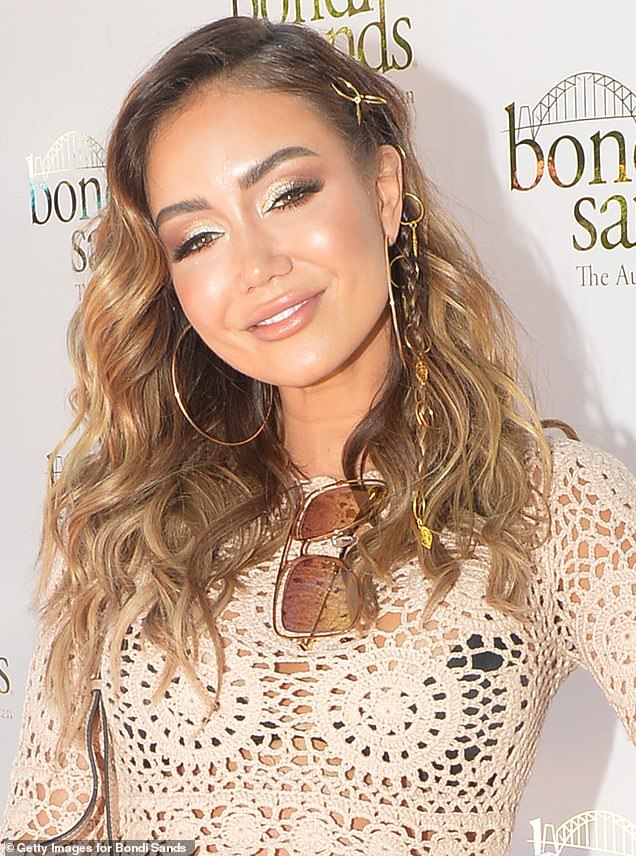 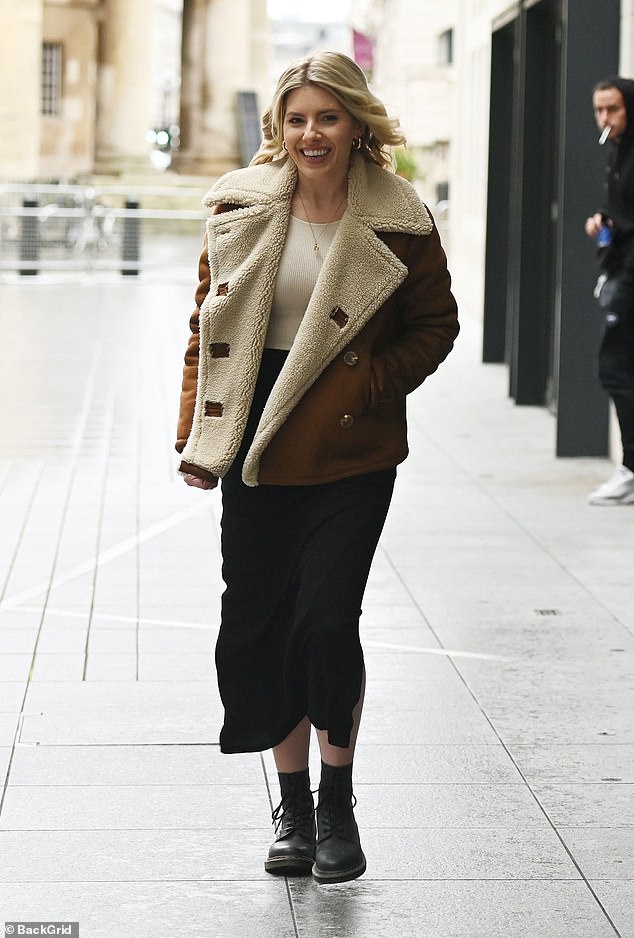 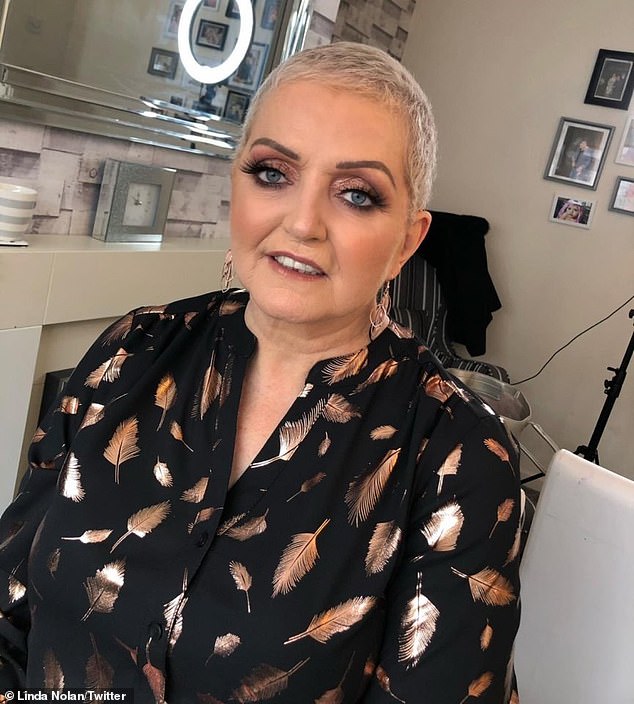 Linda Nolan admits she is terrified of dying amid cancer battle 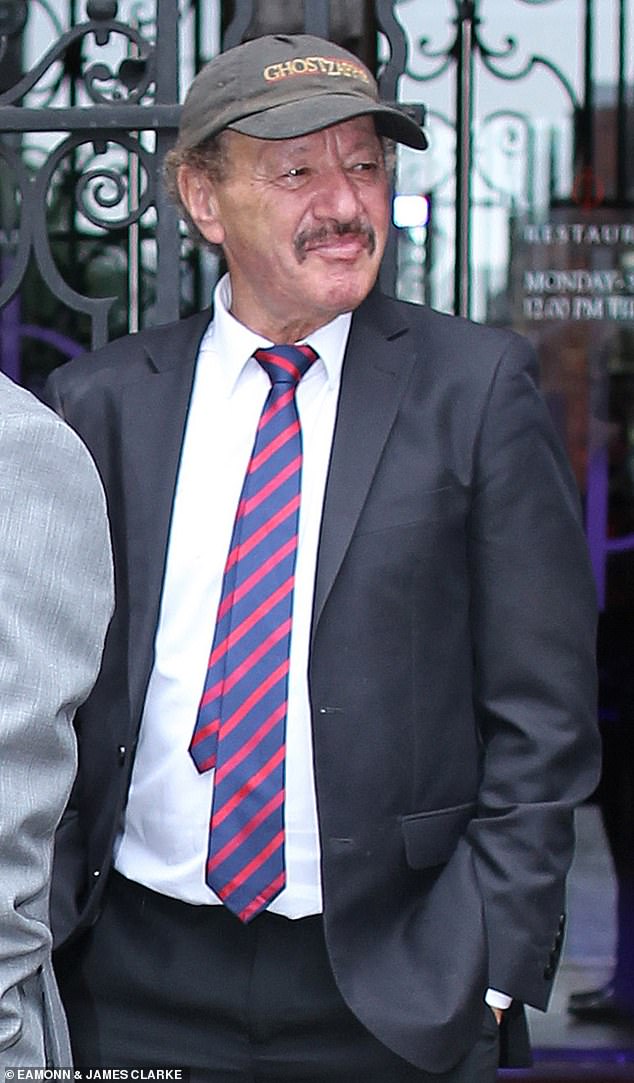 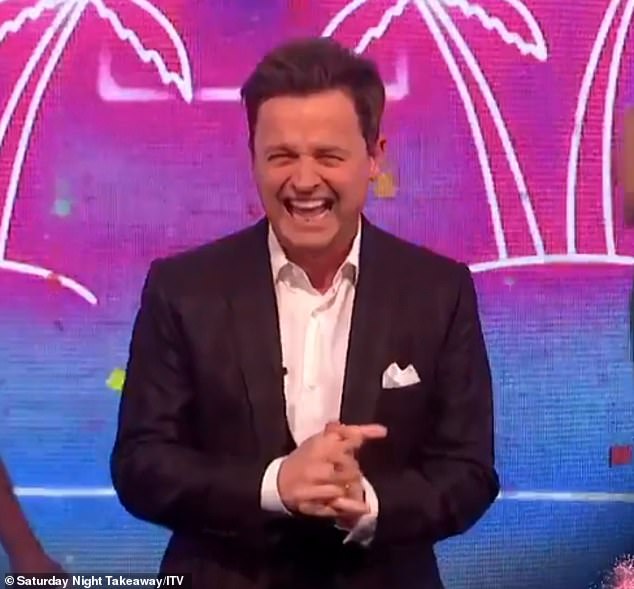 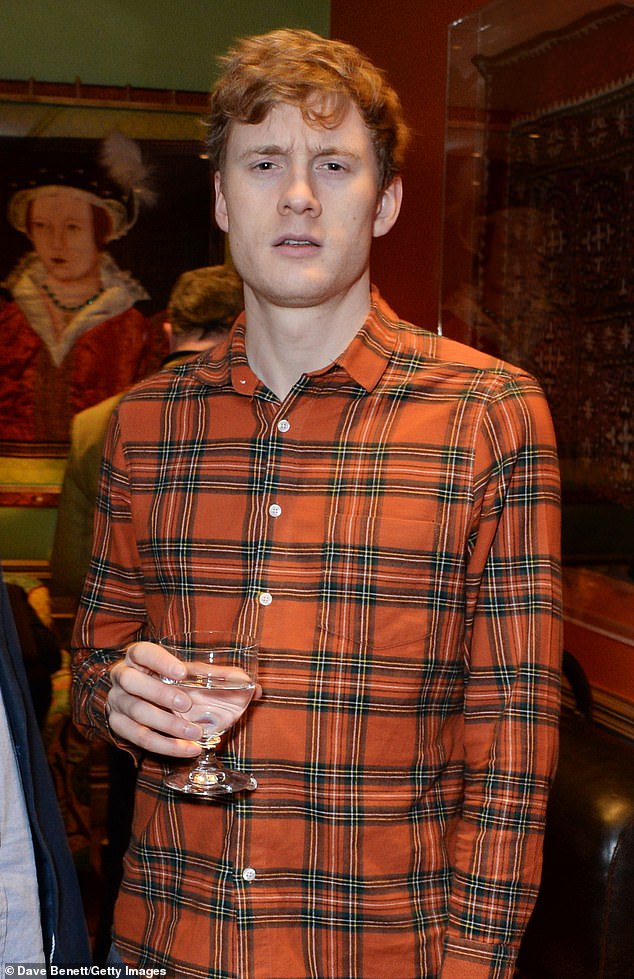