The two suspects in the hunt for an abducted eight-year-old have been arrested after an urgent 16-hour manhunt.

Tiolah, known as Tillie, was taken out by her neighbour Annmarie Lawton and a man called Adam, who is unknown to her family, in Bristol at around 3pm yesterday.

Lawton, 29, visited Tiolah’s house with Adam and took her to McDonald’s on Sheen Road in Bedminster. They were expected to return home within an hour but failed to do so, with the child’s mother reporting her missing to police at 7pm.

Pictures show Lawton and a man appearing to be Adam being arrested in a busy Bristol shopping centre just after 9am this morning.

It is unknown if Tillie has been found.

Avon and Somerset Police are treating Tillie’s disappearance as an abduction.

In Facebook Live videos posted by Lawton seemingly before the abduction, Tillie can be seen posing with the older woman.

They discuss baking cakes while a man, who bears a resemblance to Adam, lounges in the background. 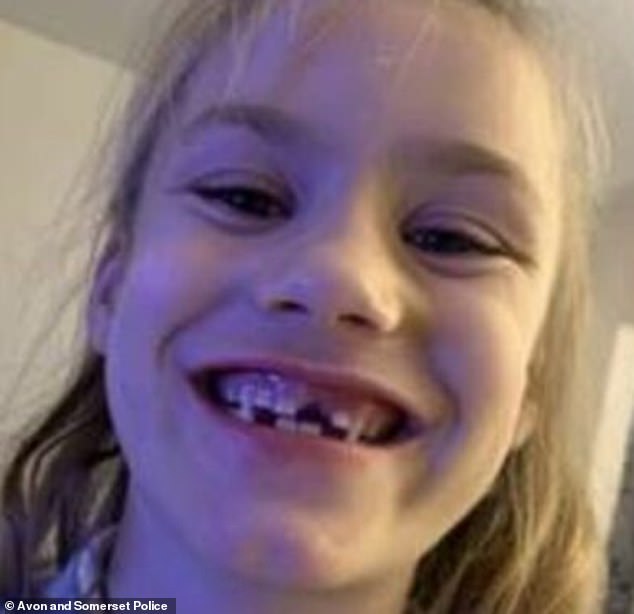 Eight-year-old Tiolah, known as Tillie, was taken to McDonald’s yesterday afternoon with a family friend and unknown man. She has not been seen since 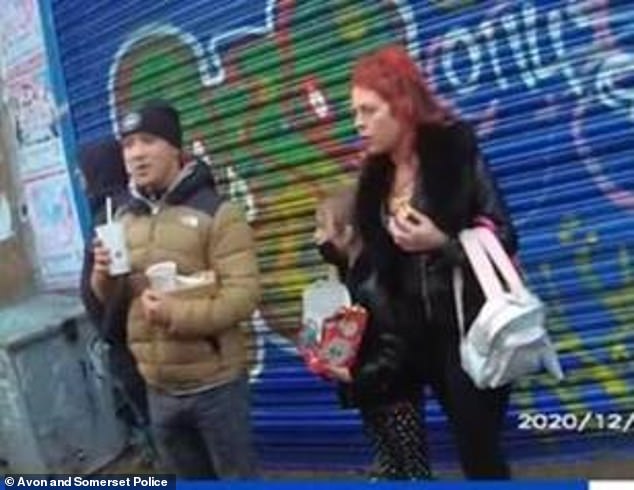 Annmarie Lawton, 29, visited Tiolah’s house with Adam and took her to McDonald’s in Sheen Road, Bedminster, Bristol. Pictured are the three of them seemingly after visiting McDonald’s

The videos have a timestamp of just after 9.30am, suggesting that Lawton was watching the girl before returning her home and picking her up again in the afternoon.

In one clip, Lawton sings along to a blaring song while putting an arm around Tillie.

She says: ‘Ask someone, can they bring us eggs? How many eggs?’

Tillie holds up three fingers and Lawton grins and says: ‘We need eggs and oil. We’re making a chocolate cake.’

Friends and locals responded to the video pleading for Lawton to bring Tillie home.

One wrote: ‘Do the right thing and bring her home.’

A second said: ‘You look like you really care for Tilly so please do the right thing and take her home to her mummy where she belongs.’

A timeline of Tillie’s abduction

Wednesday, December 16, 9.39am: Annmarie Lawton posts a Facebook Live video from her home with Tillie, the two talking about baking a chocolate cake. A man, thought to be Adam, can be seen in the background.

3pm: Police say Lawton and Adam visited Tillie’s home in Bedminster, Bristol at 3pm to take her to McDonald’s. This suggests that the eight-year-old returned home after the earlier Facebook video with Lawton.

4pm: Lawton is expected to drop Tillie back at home. They don’t make it.

Thursday, December 17, 6am: Police launch an urgent appeal, describing Tillie as having been abducted by Lawton and Adam.

While a third added: ‘This poor girl needs to go home. She looks so confused.’

The force said in a statement: ‘The girl is believed to be with a neighbour and family friend, Annmarie Lawton, and an unknown man, pictured today in East Street, Bedminster.

‘Annmarie, 29, visited Tiolah’s home on Wednesday 16 December with a man known only as Adam.

‘She and Adam took Tiolah out soon after 3pm to visit McDonald’s in Sheen Road, Bedminster.

‘They were expected to return within an hour.

‘They have not brought Tiolah home or returned to Annmarie’s own home since. Tiolah’s mother reported her missing at about 7pm.

‘While there may be a reasonable explanation police are treating this investigation as an abduction.’

Tiolah is described as white, with blonde hair.

‘She was wearing black and white polka dot leggings and a black jacket and had a light-coloured rucksack with her when she was last seen.

Lawtom is white, with long red hair, and is about 5ft 6ins tall.

She was wearing a black bomber jacket with a fur collar, black leggings and black trainers.

The man is described as in his 20s, about 5ft 6ins tall and stocky with a round face, olive skin and bald head.

He was wearing jeans, a dark grey zip-up hoody and a beanie hat and in the pictures has a light brown padded jacket on. 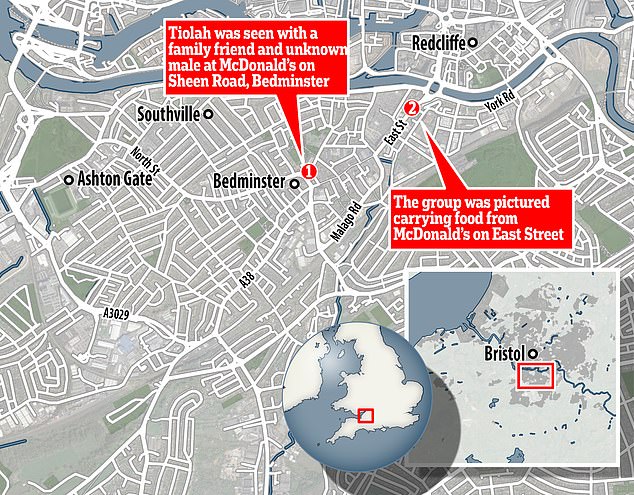 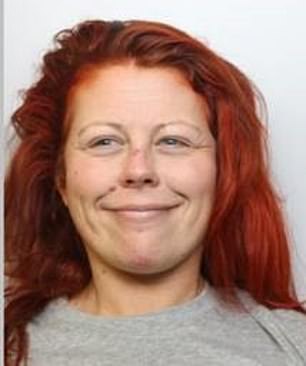 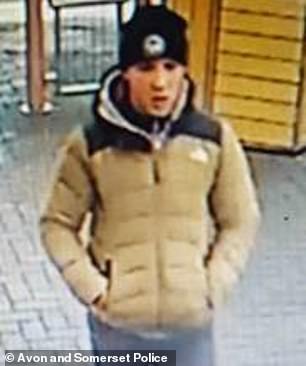 Lawton (left) is a family friend and neighbour but the man, apparently named Adam (right), is unknown to Tillie’s family 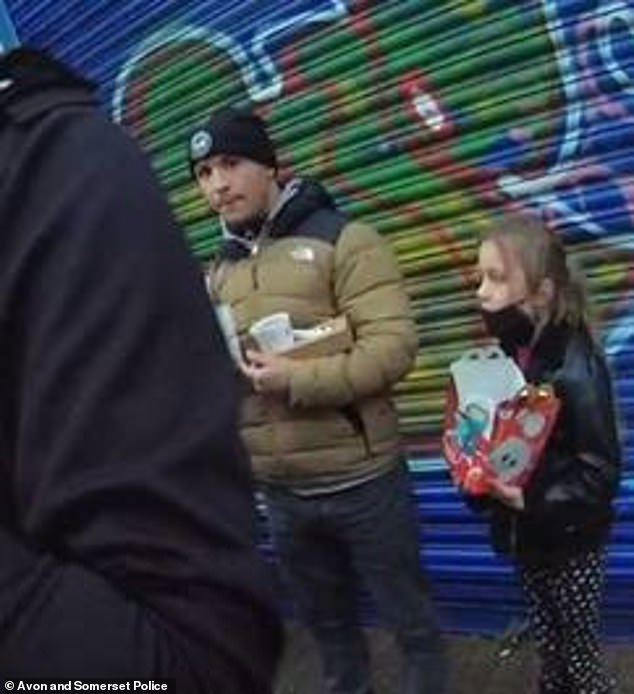 Adam and Tillie spotted after leaving McDonald’s yesterday. He is described as being in his 20s

Lawton has links across the greater Bristol area and they may be using public transport.

‘If you have any other information about her whereabouts, or the identity of ‘Adam’ ring 101 and give the same reference.’

DCI Ed Yaxley said: ‘We have no evidence that Tiolah has come to any harm but she has now been absent from home without her mother’s permission for more than 12 hours.

‘Annmarie, if you see this, please contact us straight away. We just want to return Tiolah safely back to her family.’ 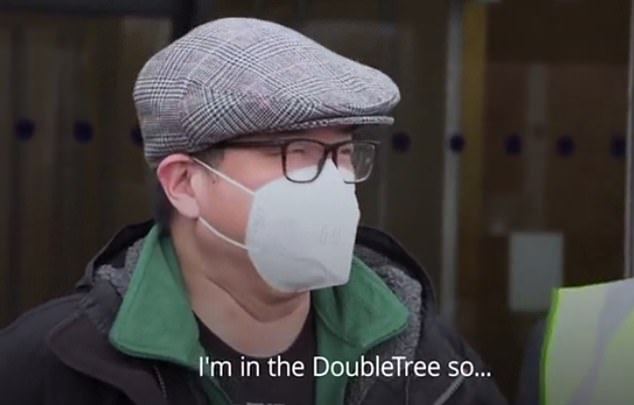 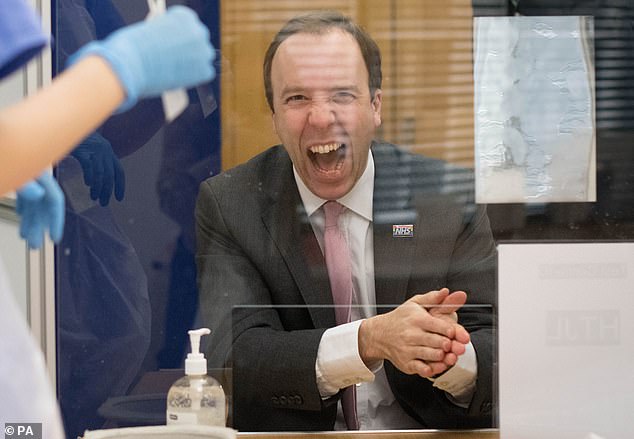 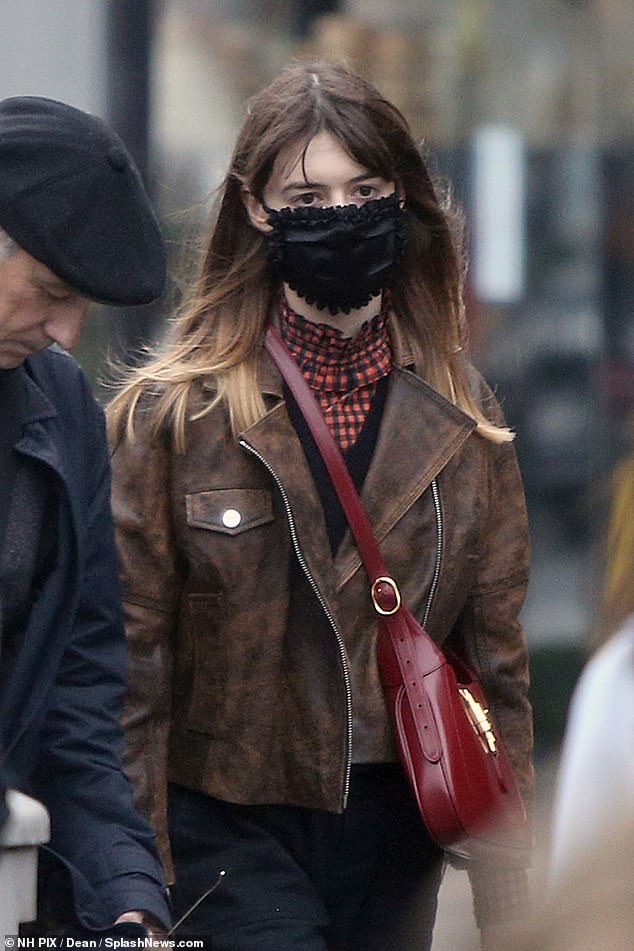 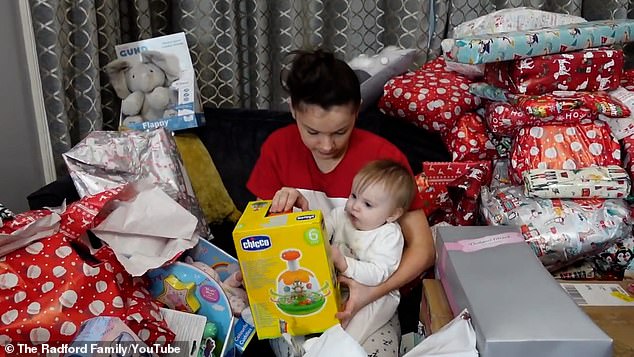