The ‘s director of security has lost his right leg and part of his left foot to COVID after spending three months in the ICU, a friend has revealed.

Crede Bailey, 54, was first revealed to have contracted the virus in early October but a friend who set up a GoFundMe has now revealed the full extent of his battle.

He lost his lower right leg and the big toe of his left foot during the three-month battle which appears to have begin in early September, as much as a month before his illness was revealed.

The married father of one’s role at the White House included overseeing the issuing of security credentials and liaising with the Secret Service. He is a career civil servant who previously worked for the Army.

Two people familiar with Crede Bailey’s condition confirmed the details to in a Monday report as a page for the White House aide, which was set up earlier this year, was revealed.

Dawn McCrobie set up the GoFundMe page for Bailey, which as of Monday afternoon has raised more than $36,000 for his rehabilitation.

It is not immediately clear if President Donald Trump, who tested positive for COVID early in October, has made a donation.

McCrobie wrote on the page on December 7 to update contributors of Bailey’s condition.

‘Crede has recently been released from the ICU and is now at a full-time rehabilitation center where he is focused on gaining strength and learning to live a new normal,’ she wrote last Monday. 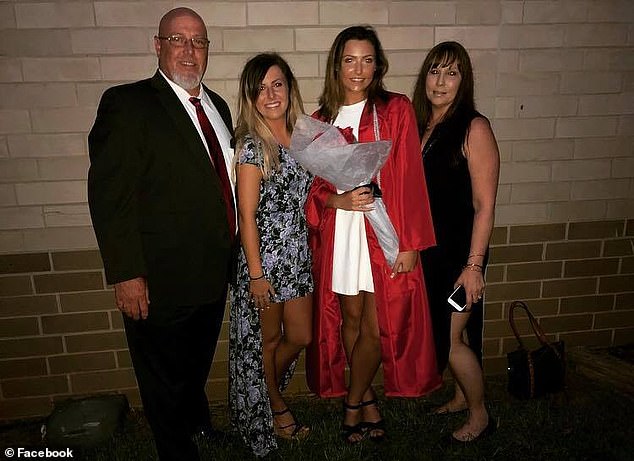 Crede Bailey (left) spent three months in the ICU unit of an unnamed hospital battling COVID. He lost his lower right leg and some of his left foot 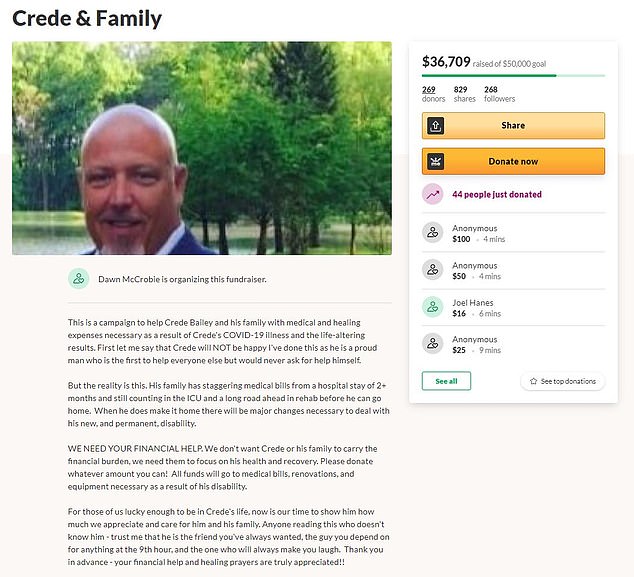 Plea: A friend has started a GoFundMe for Crede Bailey and his family’s ‘astronomical’ bill which come after three months in the ICU and now the prospect of intensive rehabilitation

‘Crede beat COVID-19 but it came at a significant cost: his big toe on his left foot as well as his right foot and lower leg had to be amputated,’ she continued.

At the time of posting the fundraiser, McCrobie said that Bailey’s family needs the money for his ‘staggering’ medical bills and to make his home and car accessible.

‘When he does make it home there will be major changes necessary to deal with his new, and permanent, disability,’ she wrote.

She added at the time of posting that ‘Crede will NOT be happy I’ve done this.’

‘He is a proud man who is the first to help everyone else but would never ask for help himself,’ she added.

McCrobie continued in the ‘DECEMBER UPDATE’ on Monday 7 that Bailey will soon be fitted for a prosthetic leg as his right foot and lower leg were amputated.

‘Crede beat COVID-19 but it came at a significant cost: his big toe on his left foot as well as his right foot and lower leg had to be amputated,’ she wrote.

‘What COVID-19 did not take is Crede’s love for life, his gigantic personality, or his humor.

‘He is in great spirits and is attending physical therapy multiple times a day to regain and build muscles and learn how to thrive without his foot/leg.

‘Can you imagine the adjustments that are needed and the COST of everything? Of course not and neither can his family which is why we need your continued support!’ 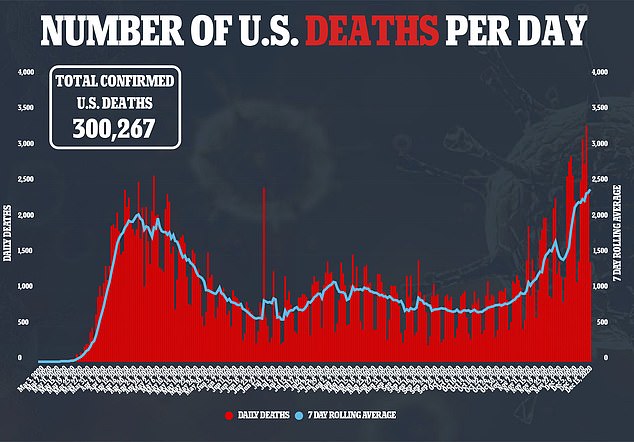 The number Americans to die from coronavirus amid the pandemic ticked over the 300,000 mark today – just hours after the first COVID-19 vaccine was administered 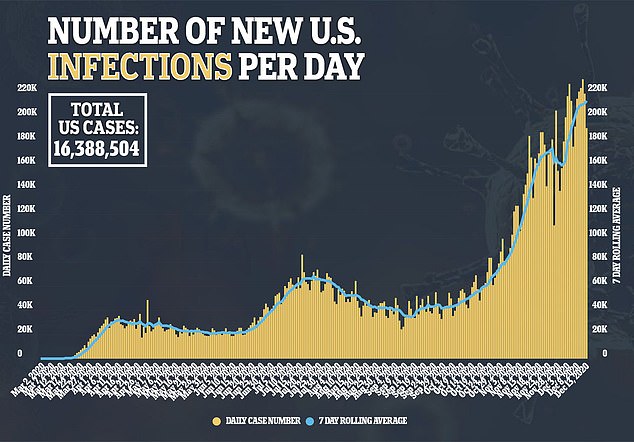 The number of infections across the country continue to surge with a total of 16.38 million confirmed cases

McCrobie wrote that his home would have to be adapted for his disability, and that he would need a new car.

‘Even with insurance, THREE months in the ICU, many specialists, surgeons, medications, 24 hour care – the expenses are astronomical – and there is still therapy, equipment, renovations and more!’ she wrote.

While experts are still unsure the extent to which COVID-19 can affect the body, a possible symptom is loss of blood flow as the virus can attack the vascular system and cause blood clots.

The White House has not publicized Bailey’s illness by request from his family, and Trump has never publicly acknowledged it despite the severity of his condition.

Bailey was known for being a strong Trump supporter.

Trump has repeatedly dismissed COVID-19 risks, including on his Twitter account in early October as he was recovering from the illness at Walter Reed Medical Center following the White House outbreak. 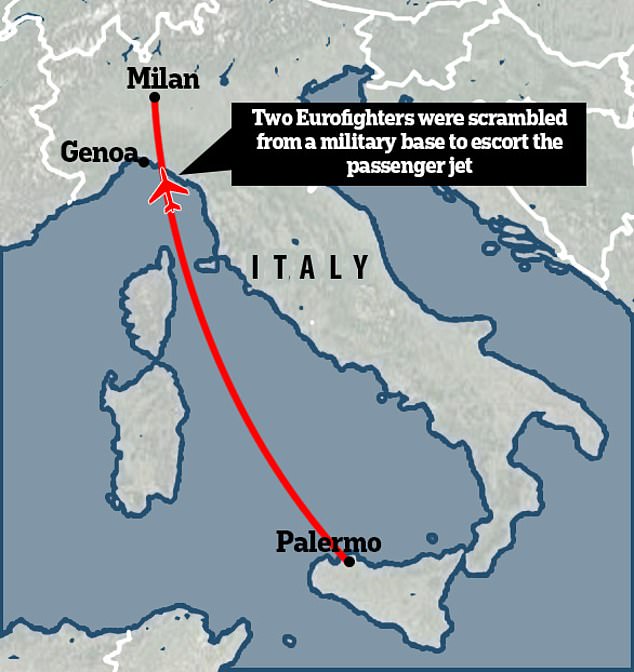 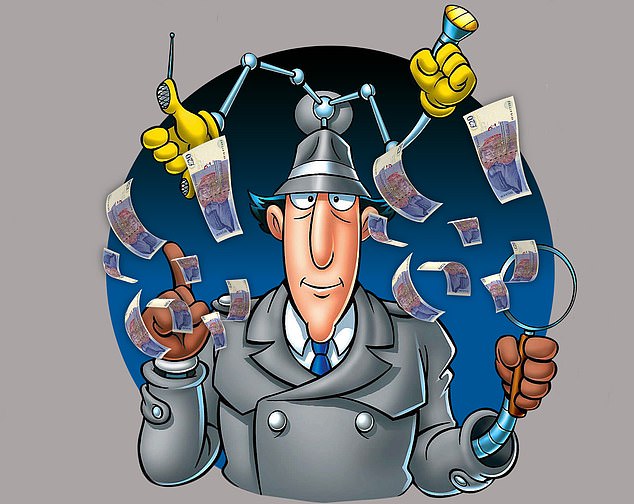 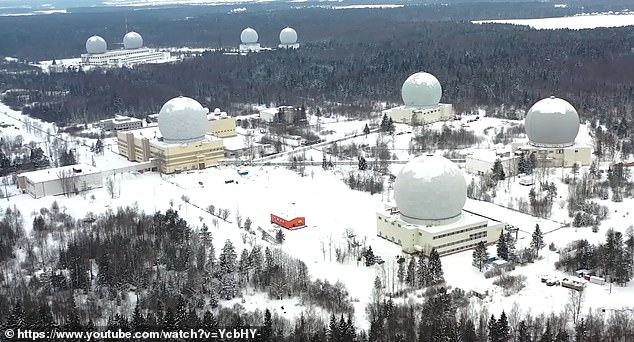 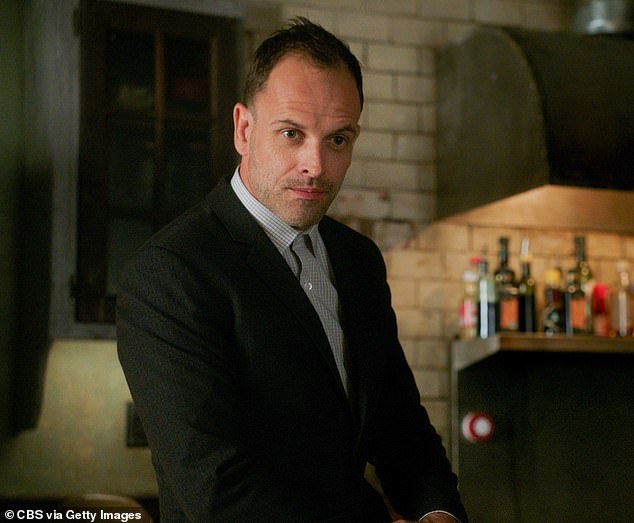 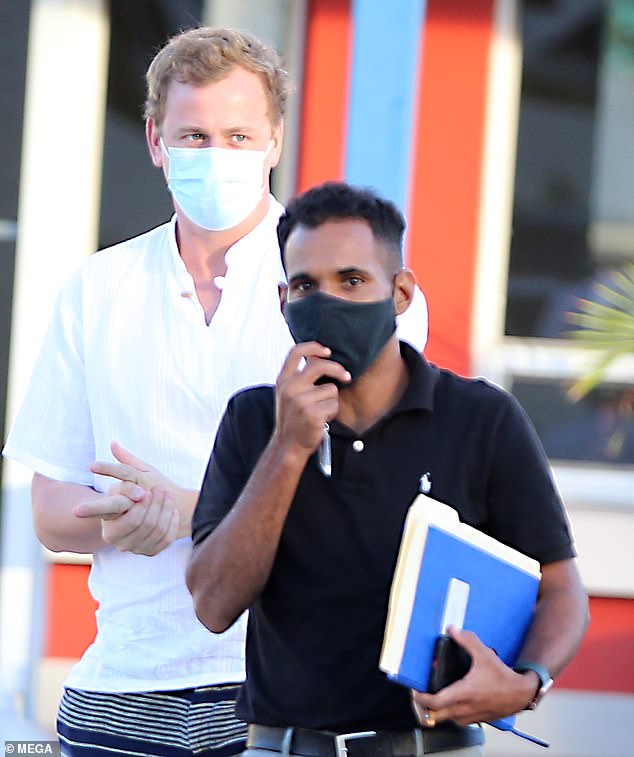 SEBASTIAN SHAKESPEARE: Riddle of a Little Owl’s death on the Queen’s estate 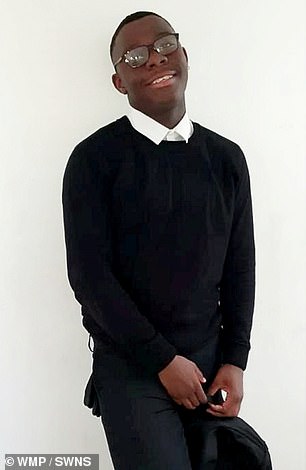