police are investigating after a two-year-old boy was abandoned at a Goodwill drop-off location – with nothing but a note and a bag of clothes.

The toddler – too young to know his own name – was left outside a Goodwill donation center with a note which reportedly said ‘his mother cannot take care of him anymore’.

Security camera images released by police shows he was dropped off at the Southaven store by a man wearing a mask and a cowboy hat, and left with a change of clothes, at 9.50am yesterday. 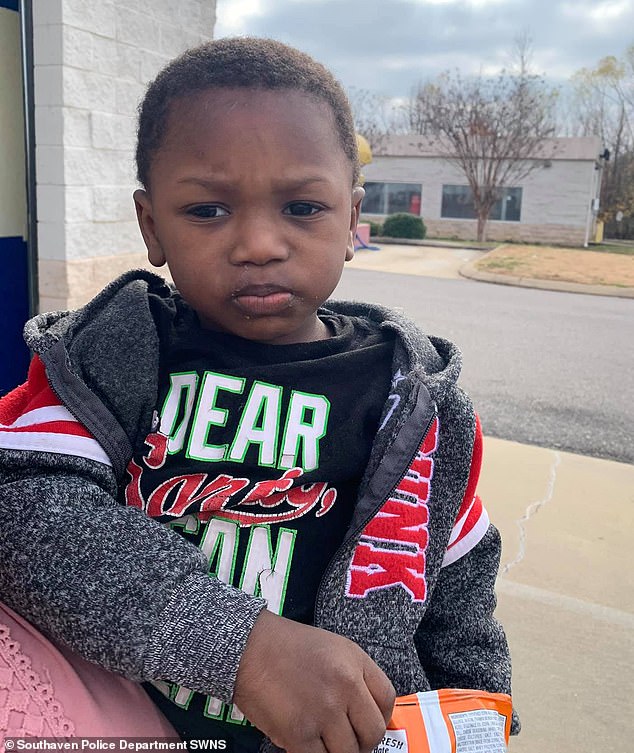 Mississippi police are investigating after a two-year-old boy (pictured) was abandoned at a Goodwill drop-off location – with nothing but a note and a bag of clothes. 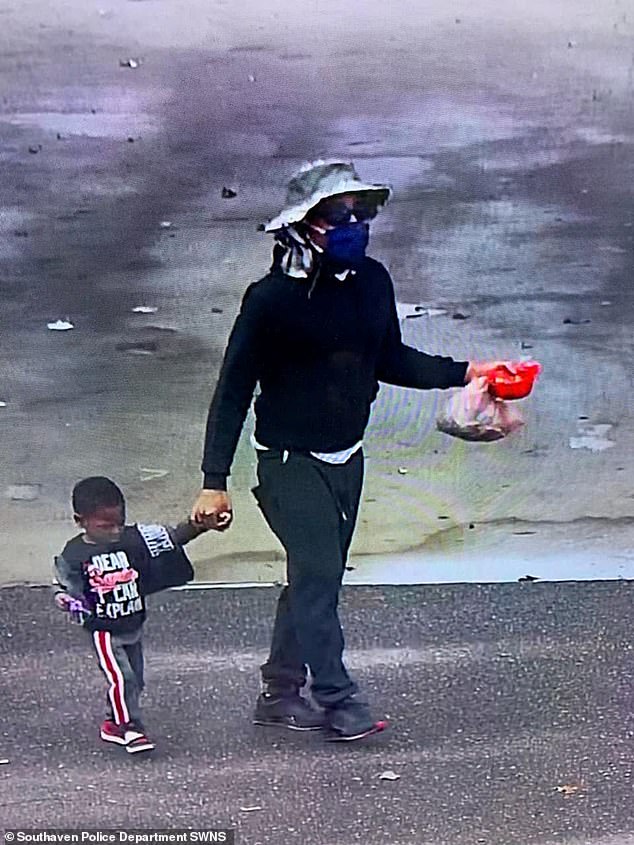 Security camera footage released by police show he was dropped off at the Southaven store by a man wearing a mask and a cowboy hat, and left with a change of clothes yesterday

The little boy was found by officers with the Southaven Police Department who left him in the care of child protective services.

Officers released a photo of the little boy, who wasn’t wearing any socks or a warm coat, and also photos of two suspects – a man and a woman – and the vehicle they were driving when the child was abandoned.

Nearly six hours later they arrested a person related to the incident.

A spokesperson for Southaven Police Department initially said: ‘A child was abandoned at the Goodwill drop off location at 57 Stateline Road East in Southaven.

‘The suspect, a light-skinned black male wearing black jogging pants and a black cowboy hat, dropped the child off with a plastic bag containing a change of clothes and a note. 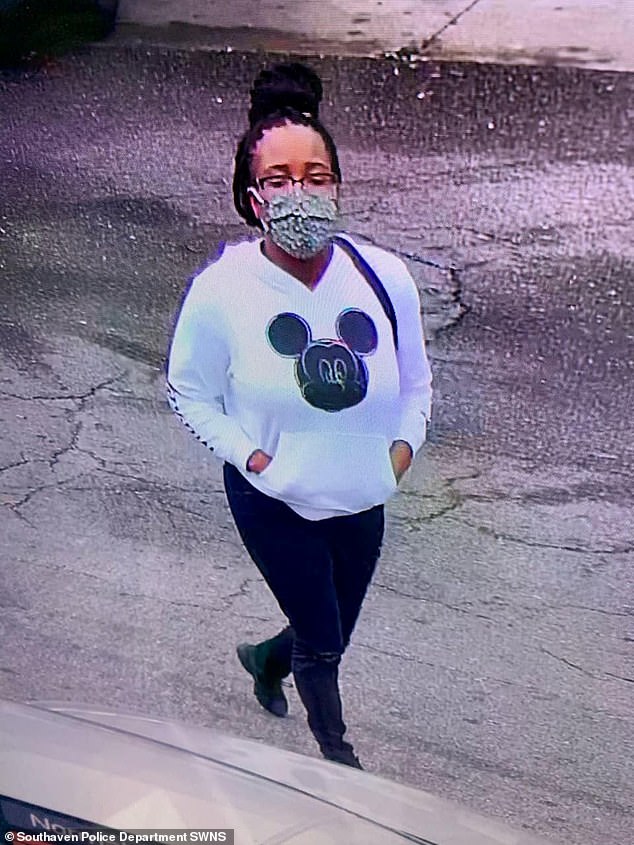 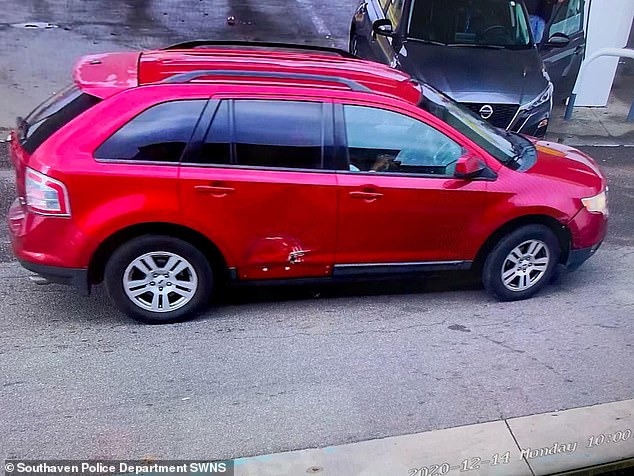 ‘The suspect then left the scene on foot. Responding officers but were unable to locate the suspect.

‘The male child is approximately two years old and is unable to give his name or the names of his parents or relatives.’

Police chief Macon Moore later said a suspect was taken into custody at 3.30pm yesterday, but ‘no suspect information or charges are being released’.

He added: ‘We would like to thank all of the citizens who showed concern for the child, rest assured he is well, and being taken care of and will be re-united with family when CPS determines this is proper.

‘We would also like to thank all of the citizens who offered tips regarding the suspects in this case.

‘The cooperation from the community and a unified effort from law enforcement led to the speedy apprehension of suspects.’ 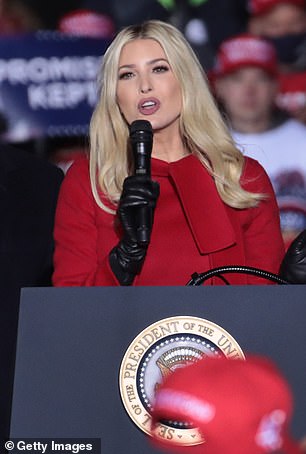 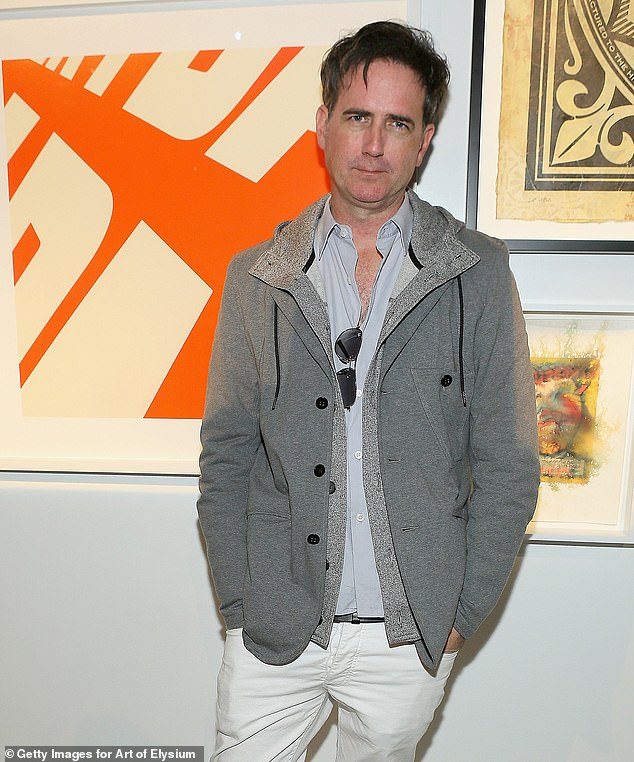 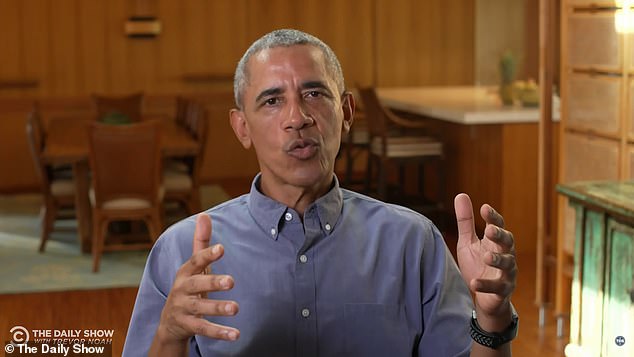 Barack Obama doubles down on ‘defund the police’ critique 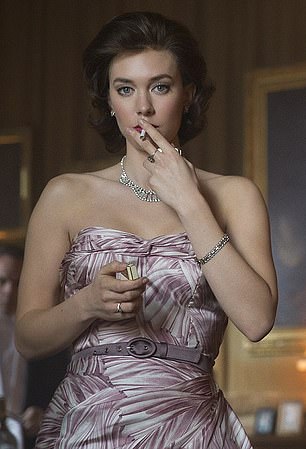 TALK OF THE TOWN: The Crown’s Vanessa Kirby’s burp shock 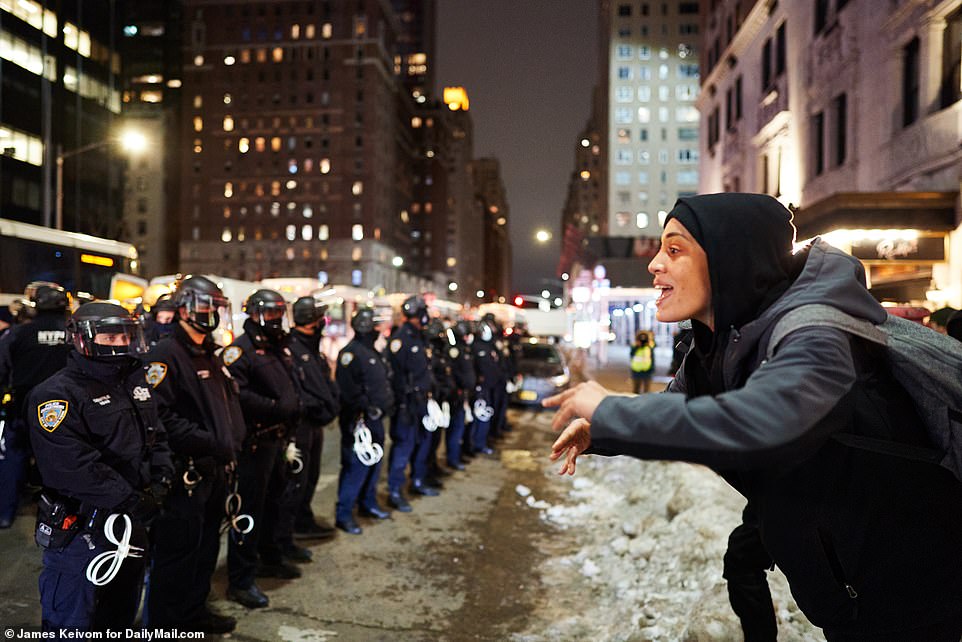 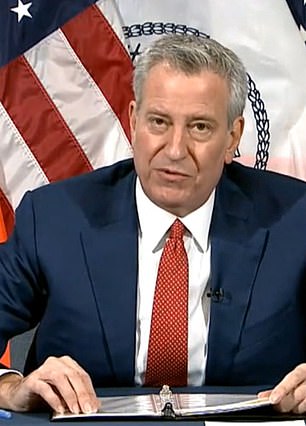 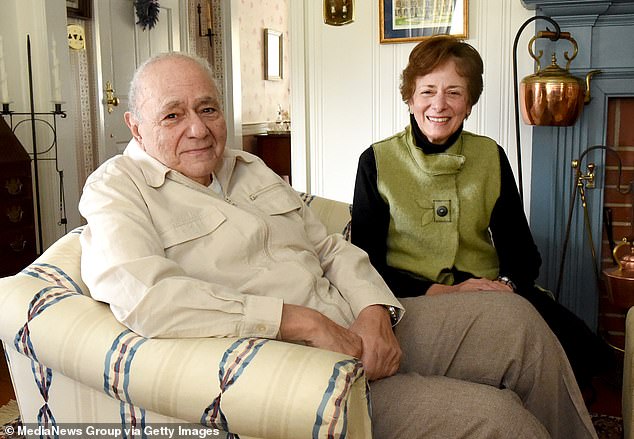