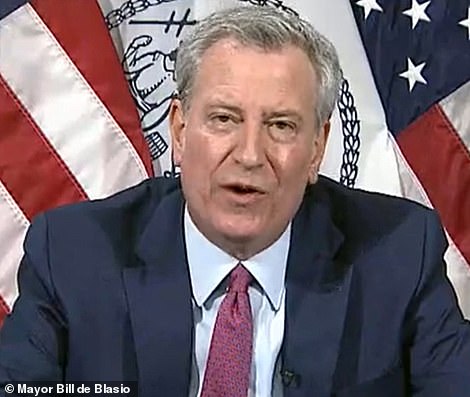 Mayor Bill de Blasio said on Monday the city had to prepare for another ‘full shutdown’ similar to what was seen in April as COVID cases continue to rise.

New York City’s city-wide test positivity rate is 4 percent – far lower than many other states where there are no restrictions.

There are currently 5,400 people in the hospital with COVID-19 – less than a third than in April when 18,000 were hospitalized with the virus.

The vast majority of new cases – 74 percent – are coming from private gatherings.

Last week, NY Governor Cuomo announced he was going to start cracking down on what he could control instead.

He banned indoor dining in NYC starting Monday despite thousands protesting the decision which they said would put countless bars and restaurants out of business.

Over the weekend, he told The New York Times that if hospitalizations keep growing at the current rate, he’d shut down New York City entirely ‘within a month’ to try to stop hospitals from being overwhelmed.

De Blasio said on Monday he supported the decision, even though he is powerless to enforce any other restrictions aside from closing public schools, which he did earlier this year for the second time to the outrage of parents. He reopened them shortly afterwards. 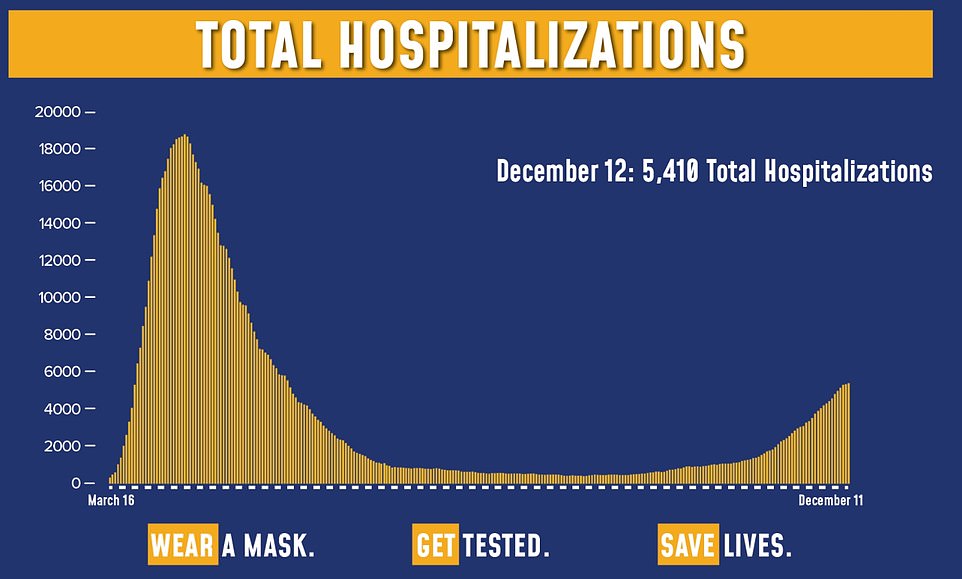 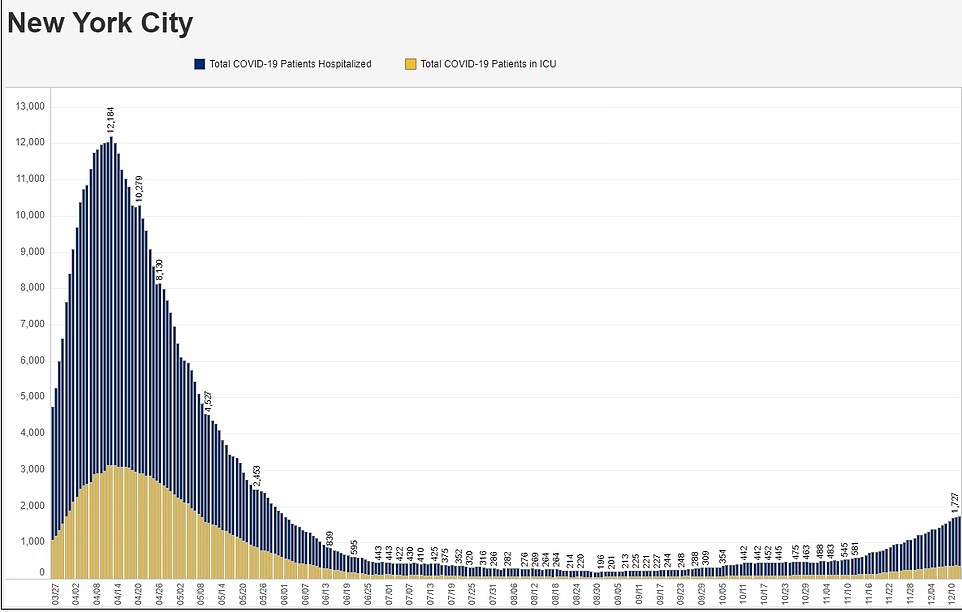 Critics have blasted de Blasio and Cuomo for ‘destroying’ the city with what they have called unnecessary shut-downs.

Despite the comparatively low rates and even though the first vaccines were administered on Monday in New York, de Blasio said he agreed with Cuomo’s comments and said every type of restriction was ‘on the table.’

Many restaurants have created outdoor eating spaces to get around the restrictions but with 12 inches of snow due to fall, they’ve been told they’ll have to remove them.

‘The best of all worlds is to have the ability to easily remove what they’ve built for outdoor.

‘When we expect major snow it’s important they remove their equipment to facilitate snow cleaning,’ he said.

Between six and 12 inches of snow are scheduled to fall on Tuesday and Wednesday.

The city said it’ll continue to work with the weather service for updates before telling restaurants whether or not they need to remove their outdoor dining structures.

Many are compliant with the rules – which state there must be three openings – but some are not.

Some restaurants have created what look like greenhouses and have planted them outside, prompting many to ask why they’re allowed.

New York City’s hospitalizations are rising at a far slower rate than other parts of the state.

Cuomo and de Blasio keep giving the reason that it is the most densely populated area as the cause for the shut-downs.

Since March, thousands have fled New York City and the tourism industry has all but collapsed.

By the end of the lockdown, as many as 12,000 bars and restaurants – half of the total in the city – are expected to close.

There has not been any second stimulus yet. 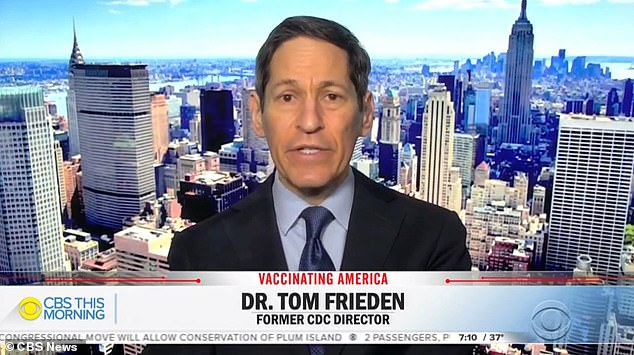 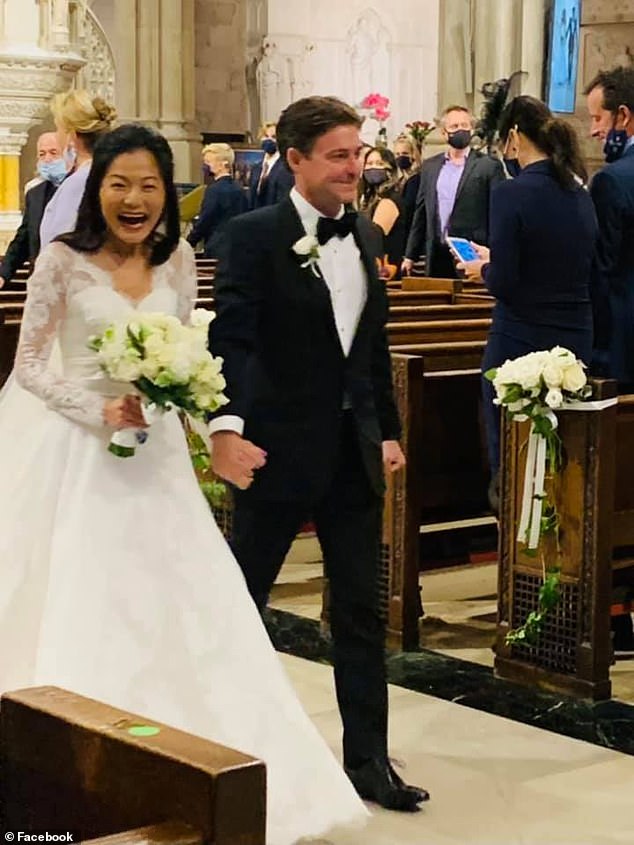 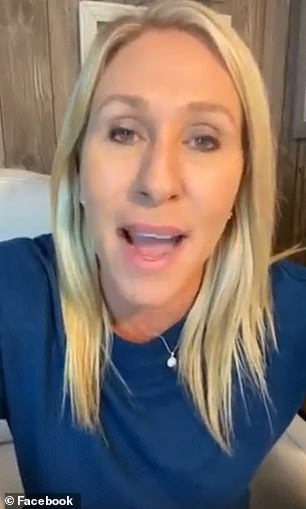 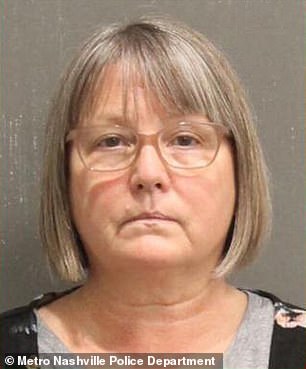 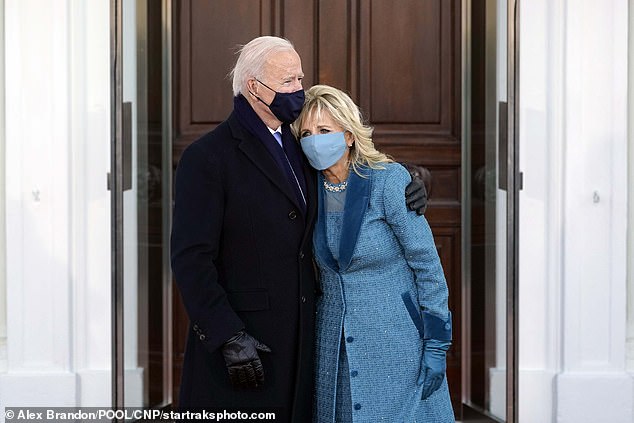 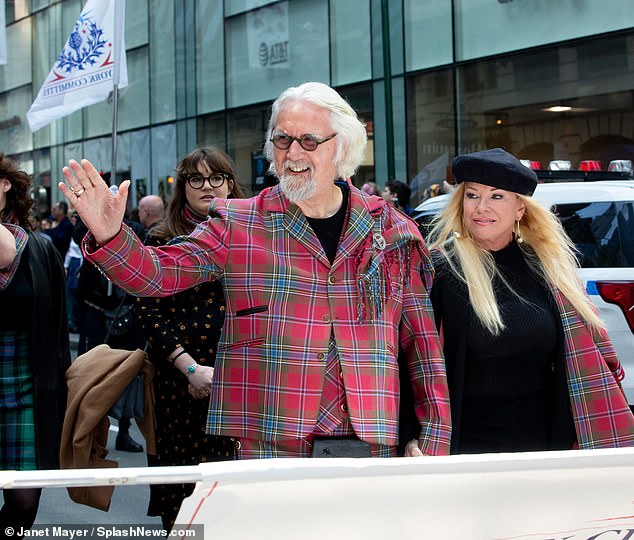