She recently revealed she was going back under the knife to make a few amendments.

And on Tuesday, high-profile escort Samantha X, whose real name is Amanda Goff, revealed the results of her recent plastic surgery makeover in a post shared to her Instagram account.

The 43-year-old underwent a lower face lift and another breast augmentation. 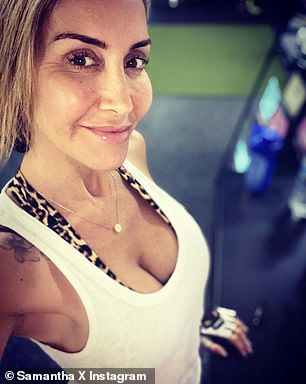 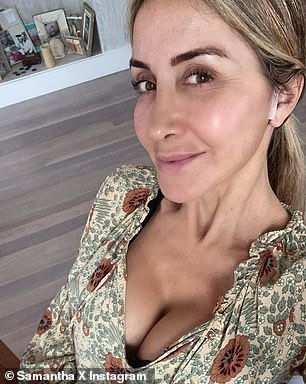 ‘Here they are!’ High-profile escort Samantha X showed off her plastic surgery results on Monday just weeks after going under the knife for a face lift and second  boob job. Pictured left in October 2020, and right on Tuesday

‘I’ve been recovering from a lower face lift and my boobs. Here are both,’ she wrote, alongside a selfie showing off the results.

In addition to the two surgeries, she told her followers that she also had vaginal rejuvenation surgery. 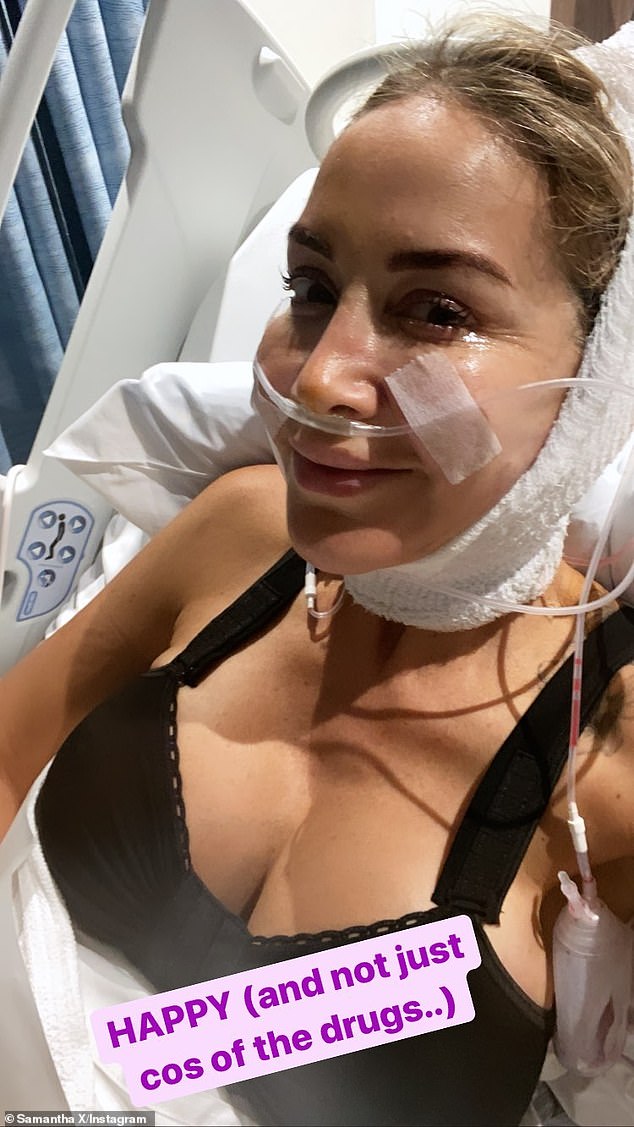 Tweak: In addition to the two surgeries, the 43-year-old, whose real name is Amanda Goff, told her followers that she had vaginal rejuvenation surgery

Speaking about the aftermath of her facelift, she explained: ‘I have to say was extremely uncomfortable, but, I’m very pleased with results.’

Samantha said that for the past two weeks she has been crying due to mood swings coming off painkillers and anaesthetic, but now is feeling much better.

Last month, the mother-of-two told her followers that she’d undergone ‘a tweak here and there’. 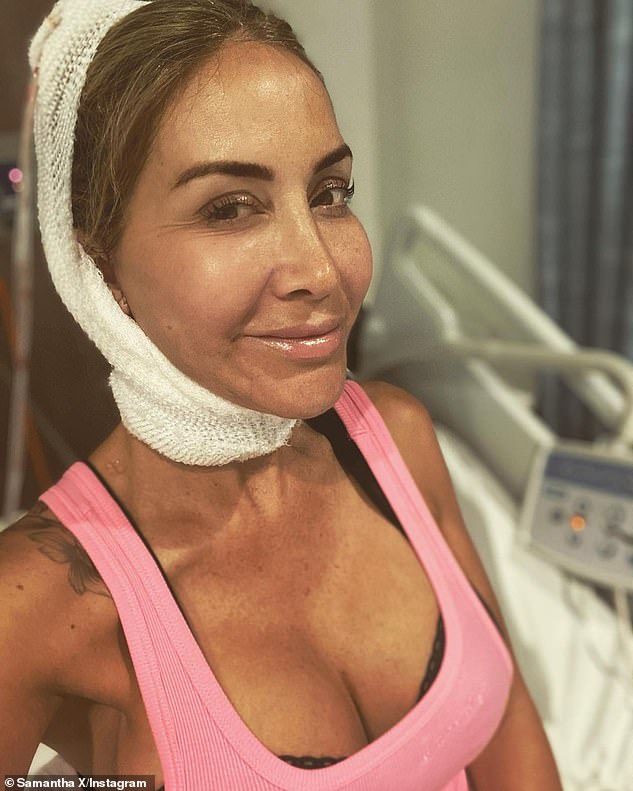 Always smiling: Last month, she told her Instagram followers she’d just had a lower face lift and another breast augmentation. The accompanying photo showed the former journalist smiling for the camera from her hospital bed on ‘day one of recovery’

An accompanying photo showed the former journalist smiling for the camera from her hospital bed on ‘day one of recovery’.

She had a bandage wrapped around her head and neck, and was also wearing a pink tank top over a surgical bra.

Her surgery was performed by Dr Pouria Moradi at his eastern Sydney clinic. 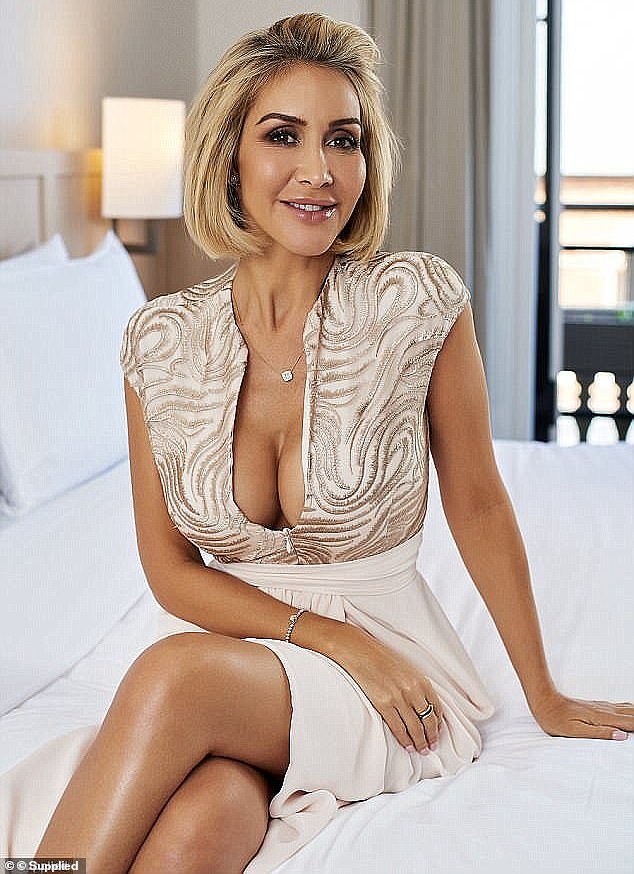 Speaking out: Samantha’s surgery comes after she spoke in June about her ‘abrupt’ split from former Channel Seven newsreader Ryan Phelan in 2018 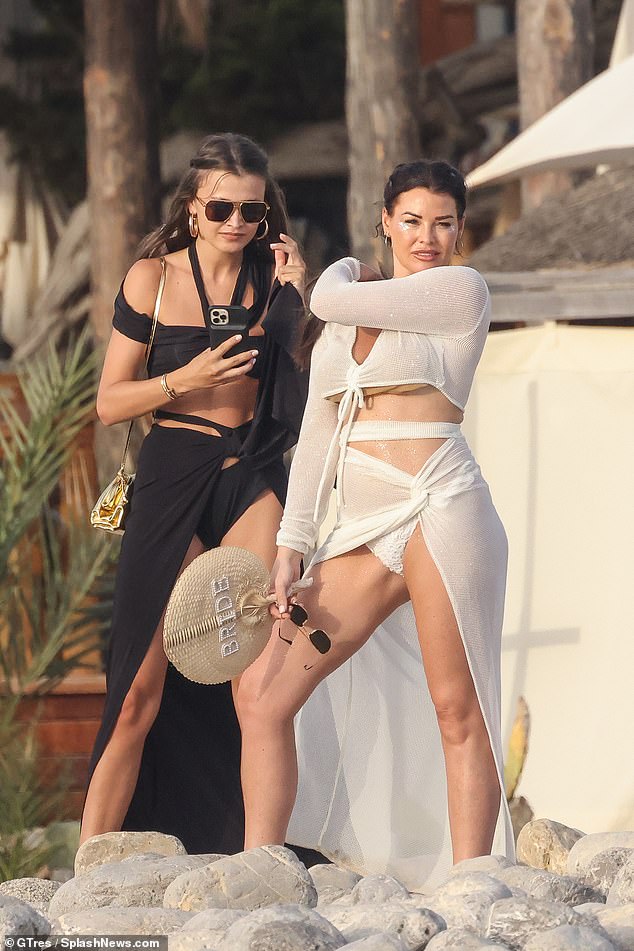 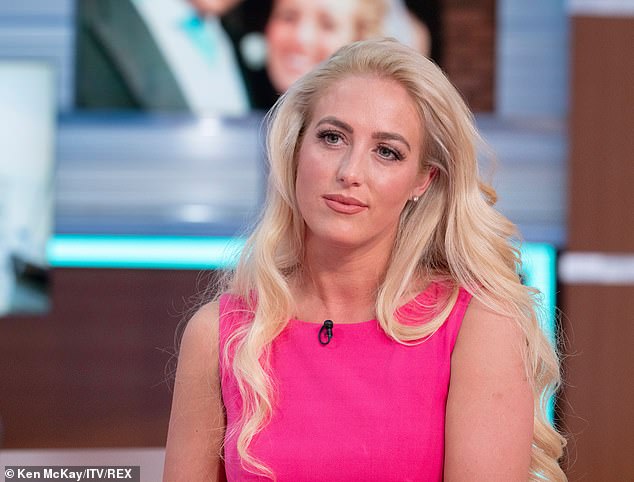 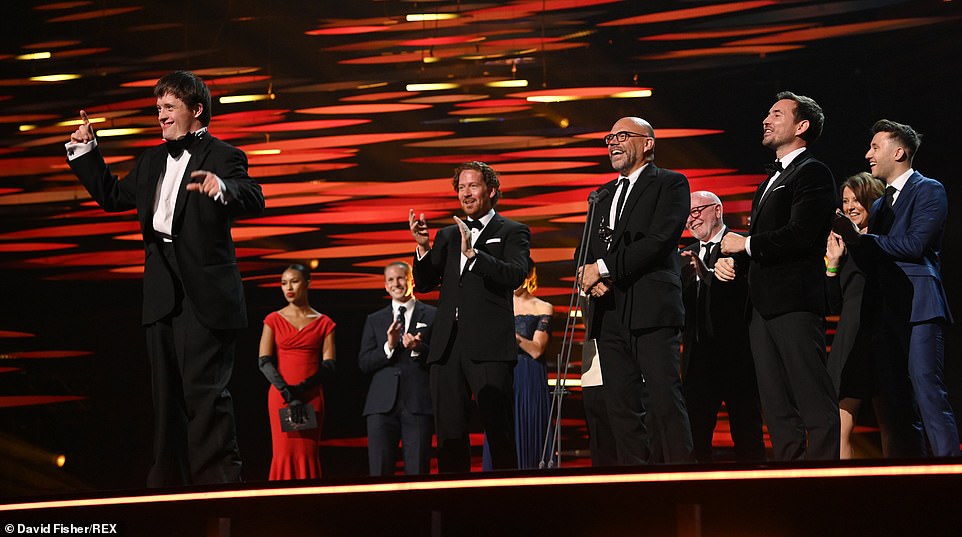 NTAs 2021: Line Of Duty’s Tommy Jessop steals the show by performing a dance for the crowd 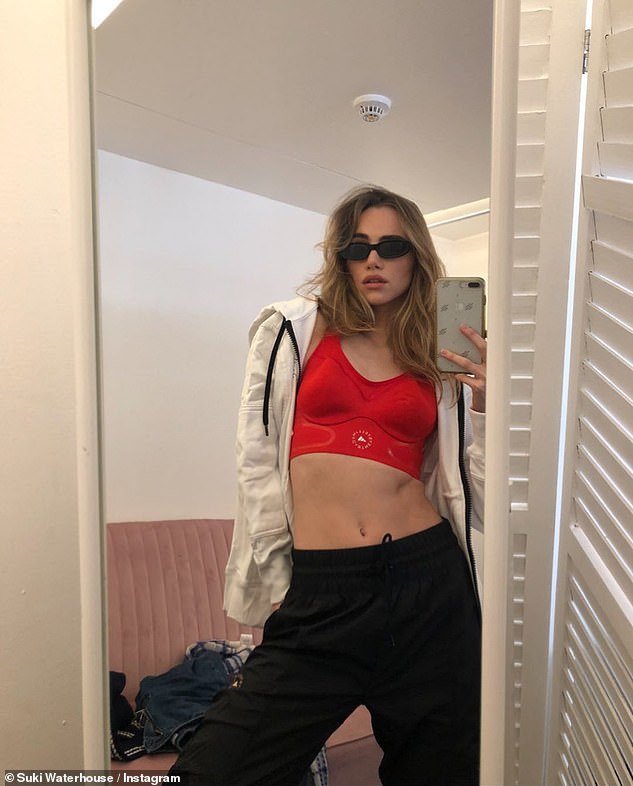 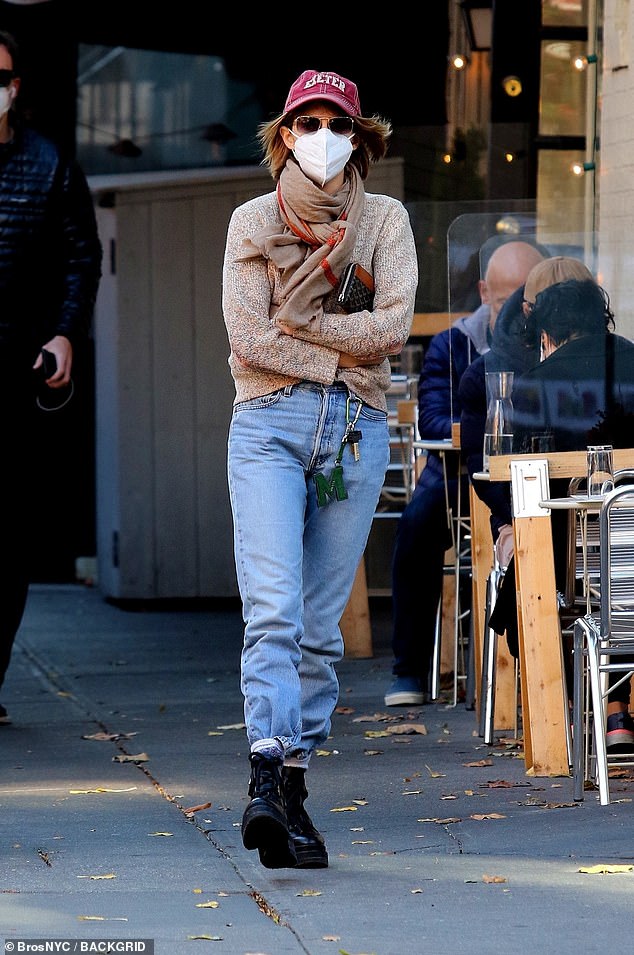 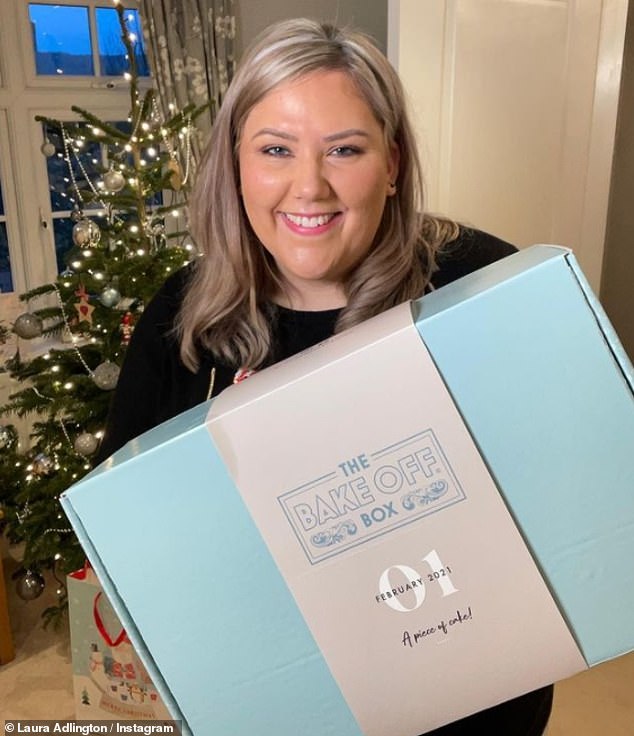 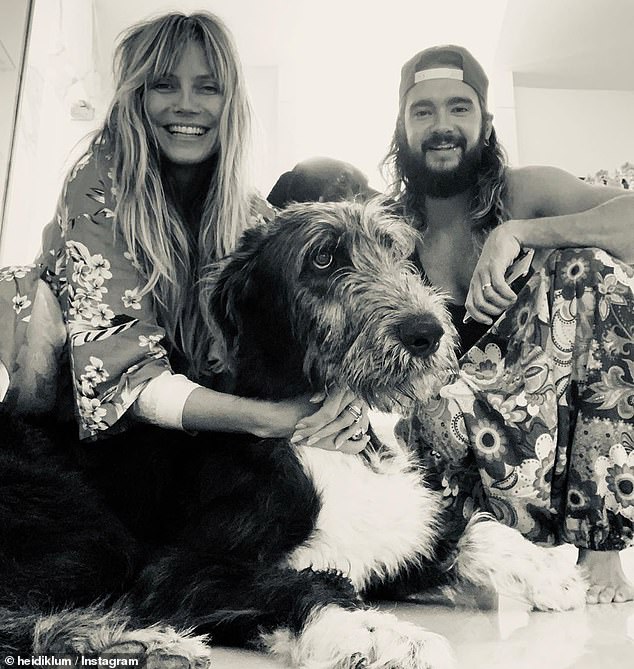