Doctor Who’s festive special, Revolution of the Daleks, is set to air on BBC1 on New Year’s Day.

Joining the cast are a selection of guests including ‘s Dame Harriet Walter, 70, who will make her debut in the show as well as The Trial of Christine Keeler’s Nathan Stewart-Jarrett, 34.

Sex And The City star Chris Noth will also be reprising his role as the disgraced Jack Robertson, alongside John Barrowman who is returning as Captain Jack Harkness. 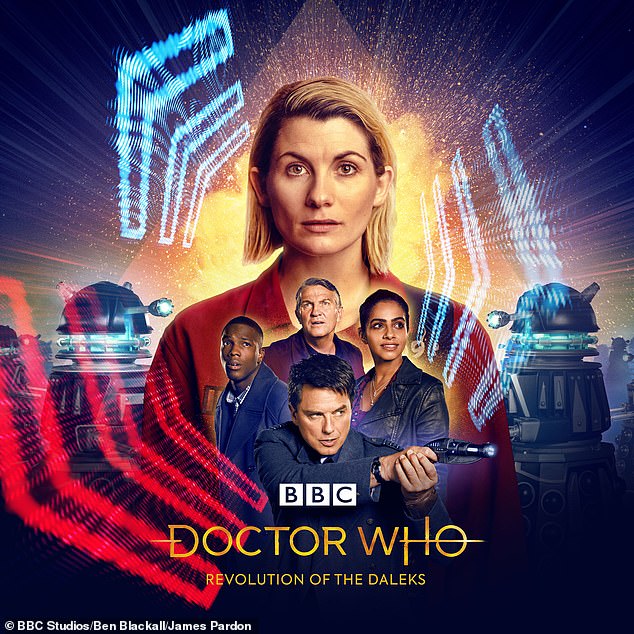 Not long to go: Doctor Who’s festive special, Revolution of the Daleks, is set to air on BBC1 on New Year’s Day

The Thirteenth Doctor, Jodie Whittaker, and ‘the fam’ – Yaz, Ryan and Graham- will kick-off 2021 with an action-packed episode.

Chris, 66, previously appeared in the series 11 episode Arachnids in the UK and it’s safe to say the Doctor and all those involved were less than impressed by his actions.

His American businessman character Jack built a hotel on a landfill site in Sheffield and even ran for president.

When his bodyguard was killed by a mother spider, Jack teamed up with the Doctor to try and decipher what made the the creatures so large. 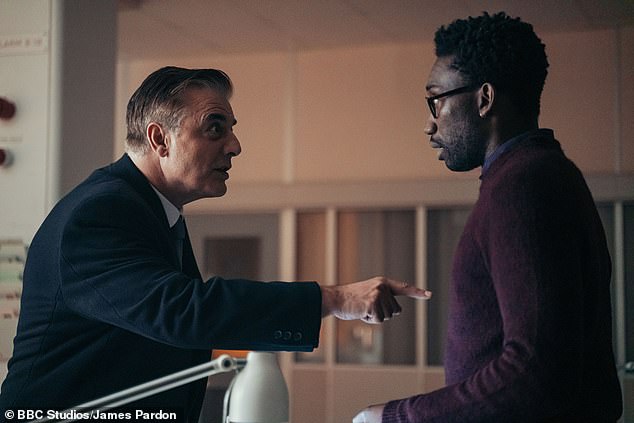 Reprisal: Chris Noth, 66, will be reprising his role as Jack Robertson (left) while The Trial of Christine Keeler’s Nathan Stewart-Jarrett, 34, (right as Leo) is also making an appearance

However when the team found the spider, he shot it and left. It is not known what has brought his character back for the festive special.

Star of the stage and screen Dame Harriet Walter will also be making her Doctor Who debut for the festive show alongside TV star Nathan Stewart-Jarrett who has recently appeared in The Trial of Christine Keeler.

Viewers last saw the Thirteenth Doctor at the end of series 12 where her fate was left hanging in the balance as she was locked away in a high-security alien prison.

In the upcoming festive special, Yaz, Ryan and Graham are far away on Earth and having to carry on with their lives without her. 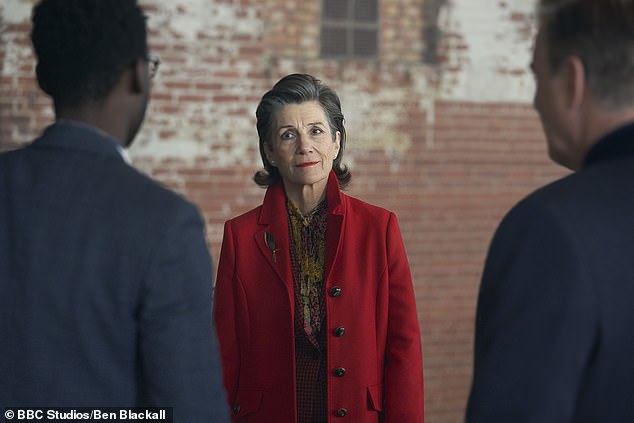 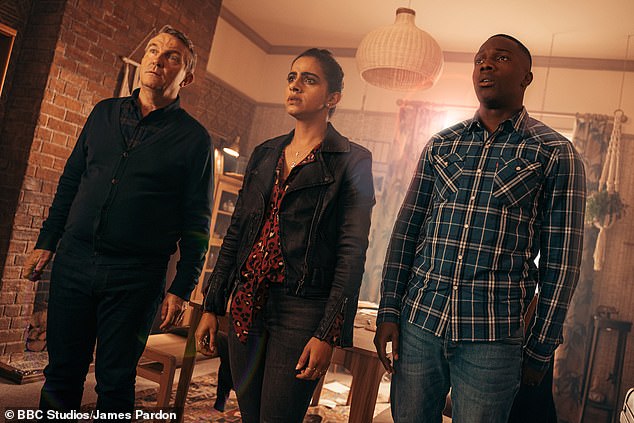 Team: In the upcoming show, Yaz, Ryan and Graham (Mandip Gill, Tosin Cole and Bradley Walsh) are far away on Earth while the Doctor (Jodie Whittaker) is locked up in an alien prison

However they soon discover a disturbing plan forming – a plan which involves a Dalek.

Even with Captain Jack’s help, the gang are set to face one of their biggest and most frightening challenges yet.

‘Where else would you get British acting royalty, a globally renowned US screen star, an (inter)national treasure of stage and screen and one of Britain’s hottest young actors — just in the guest cast! 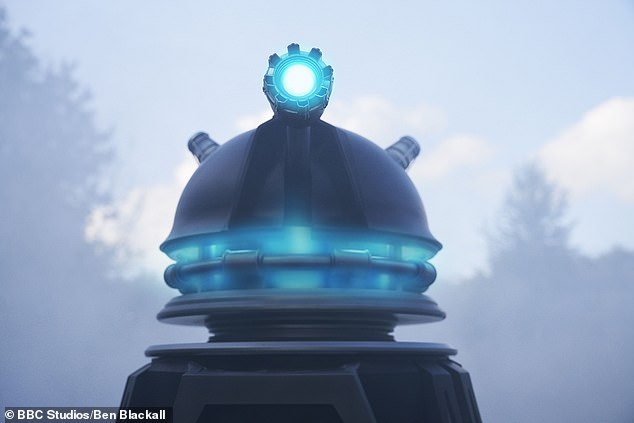 Watch out! The ‘fam’ discover a disturbing plan which involves the Daleks

‘Put those together with Jodie Whittaker, Bradley Walsh, Mandip Gill and Tosin Cole (and Daleks! Did I mention Daleks!) — and you get a cast to be exterminated for. And things will explode. Promise.’

It comes after the BBC revealed that Captain Jack is back, again, and is set to return in Revolution Of The Daleks.

John Barrowman, 53, is reprising his role once more, after making a surprise cameo in series 12’s Fugitive Of The Judoon earlier this year.

Gushing about his return, John said in a statement: ‘Putting on Jack’s coat and setting foot back on the set of Doctor Who was just like going back home. It’s always thrilling to play Captain Jack. 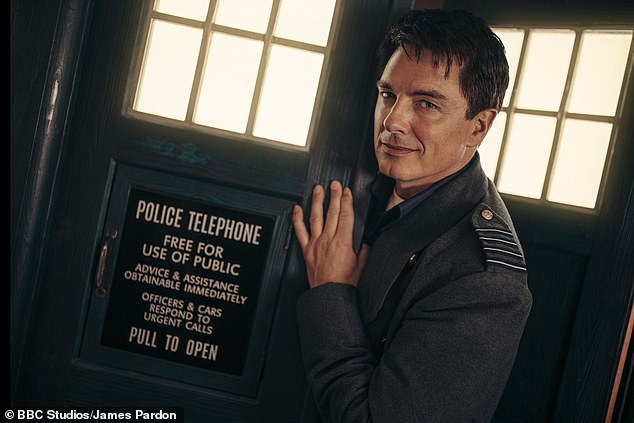 He’s back! John Barrowman is also set to RETURN to Doctor Who as Captain Jack Harkness for show’s festive special

‘He’s a character very close to my heart who changed my life, and to know the fans love him as much as I do makes his return even sweeter. I hope everyone enjoys Jack’s Heroic adventure with Thirteen.’

Showrunner Chris Chibnall went on: ‘A Doctor Who Festive Special means treats galore, and there’s no bigger treat than the return of John Barrowman to Doctor Who, for an epic and emotional feature-length episode.

‘If anyone can blast away the sheer rubbishness of 2020, it’s Captain Jack. Daleks beware!’

In Fugitive Of The Judoon, Graham, Ryan, and Yaz find themselves transported to a spaceship piloted by Jack, and gives the trio a warning for The Doctor about ‘The Lone Cyberman’. 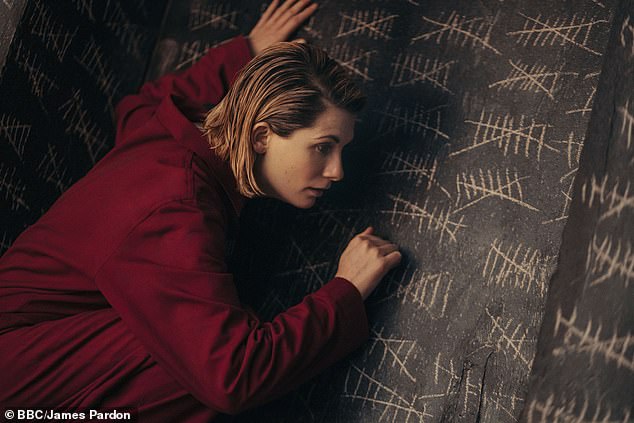 Dramatic: Doctor Who fans have been given their first glimpse at this year’s Christmas Special, with one snap showing Jodie Whittaker’s time-travelling heroine trapped in a space prison

Before that moment, Captain Jack had not been seen on the show since a cameo in 2011, and not as a main character since 2009.

John first appeared in Doctor Who back in 2005, in a two-part story with Christopher Eccleston’s iteration of the titular Time Lord, before going on to star in multiple episodes with both Christopher and David Tennant’s Doctors.

The character of Captain Jack became so popular he bagged his own spin-off series Torchwood, where the character took the lead role for four series’, concluding in 2011’s ‘Children of Earth’.

Revolution of the Daleks will air on New Year’s Day on BBC One. 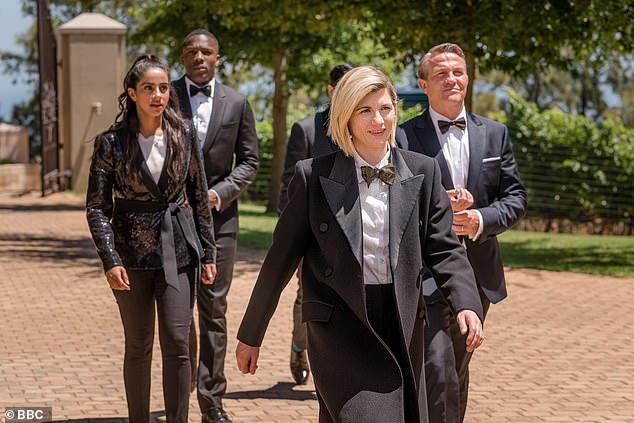 Coming soon: Revolution of the Daleks will air on New Year’s Day on BBC One 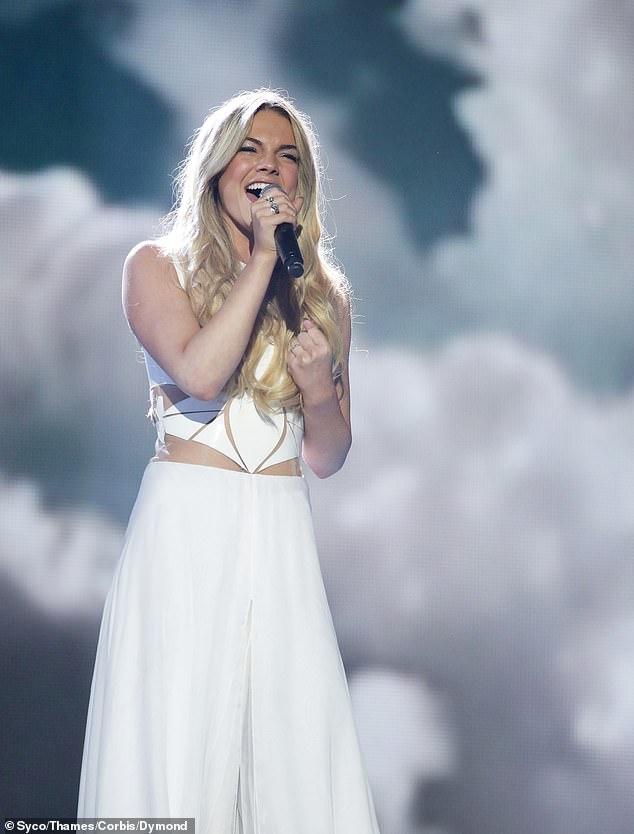 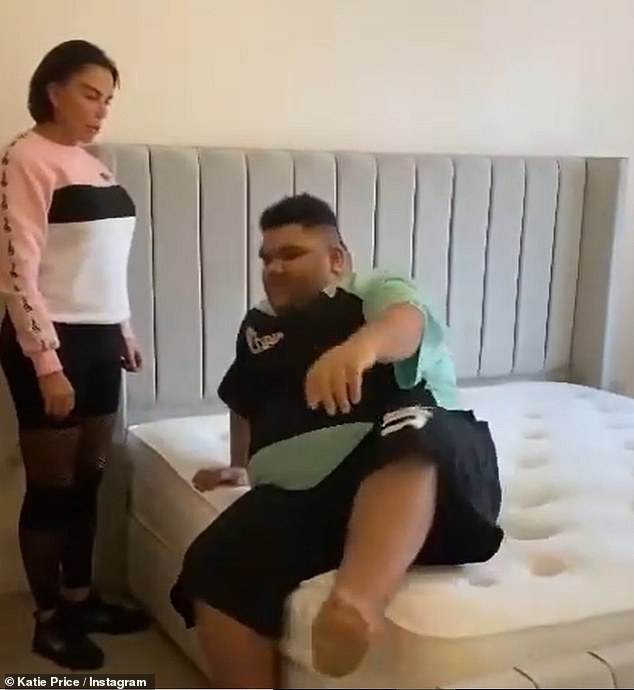 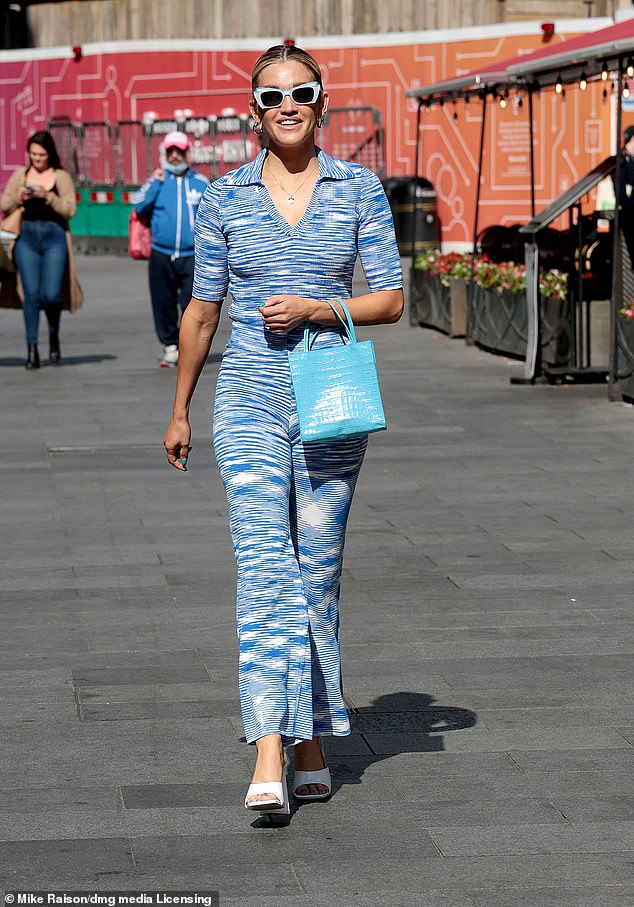 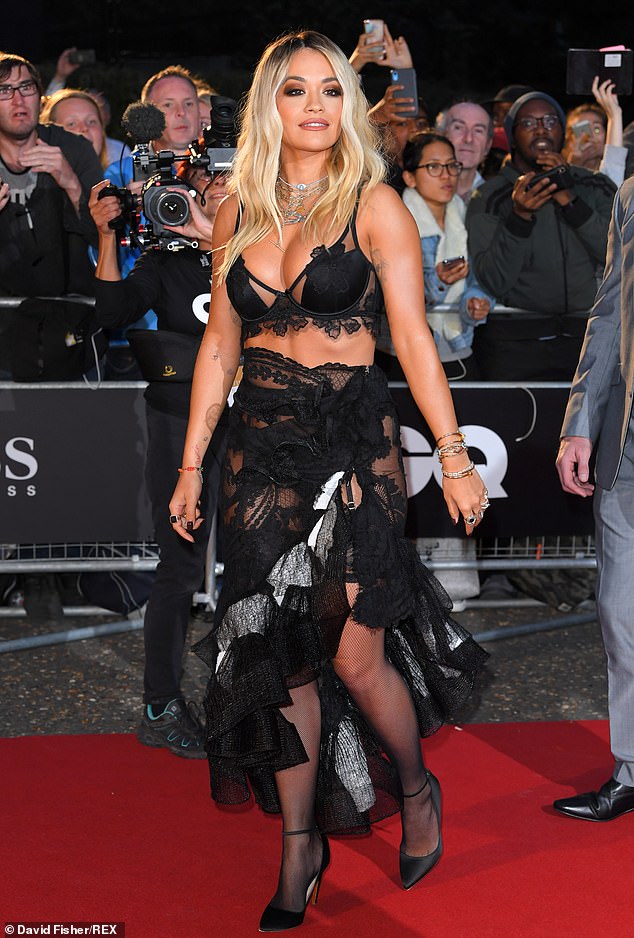 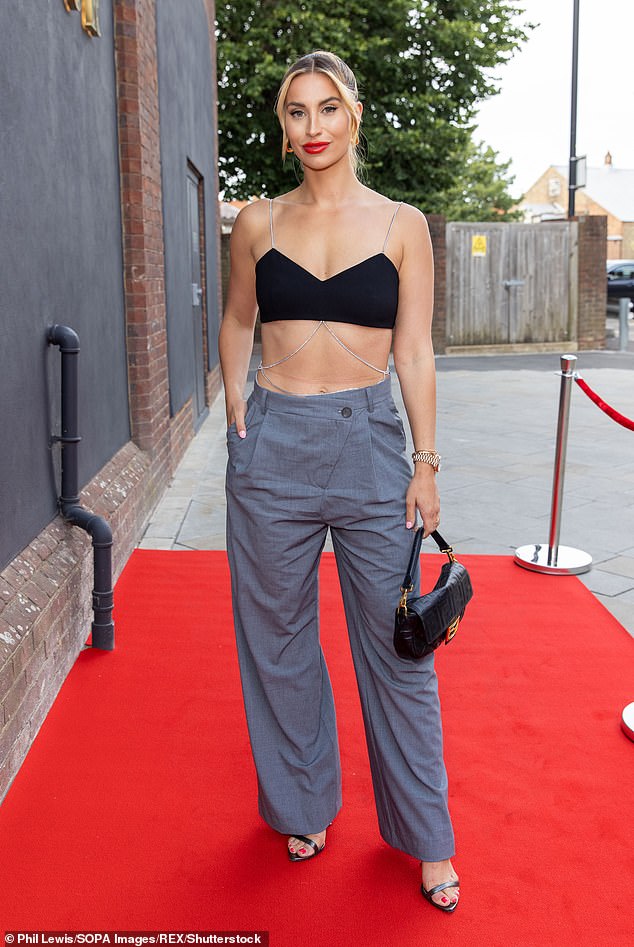 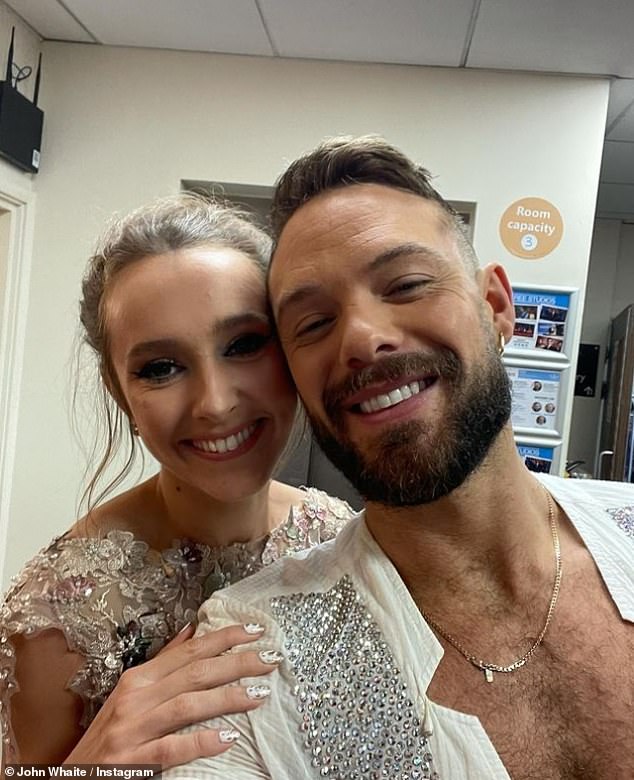 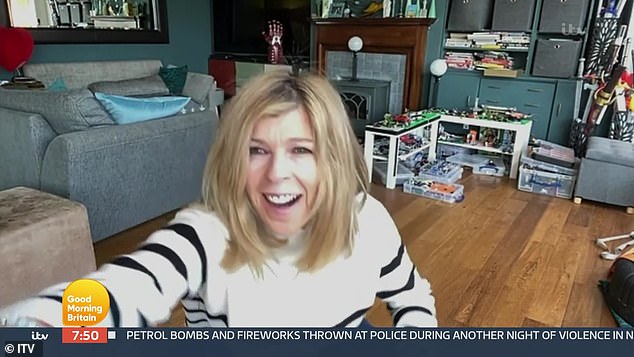