was facing a battle to save last night after a adviser warned that allowing festive gatherings would ‘throw fuel on the fire’ of the pandemic.

said again yesterday that the PM was set on relaxing the Covid restrictions to allow families a break at the end of ‘an incredibly difficult year’.

Ministers vowed to strike a balance with the need to stop the virus running out of control.

But a string of scientific and medical experts warned that allowing families to assemble for Christmas risked sparking a third wave of  in the New Year.

Meanwhile, hospital chiefs have insisted that Tier 3 restrictions should become commonplace across Britain in order to avoid a catastrophic surge in Covid-19 cases, the reported.

Chris Hopson, chief executive of NHS Providers, warned Tier 1 and Tier 2 measures ‘simply weren’t effective enough’ as he suggested Tier 3 rules – the tightest restrictions in place in England ahead of the four-week lockdown – should become the norm.

However, the expert added this ‘wasn’t tough enough’ in some places, saying: ‘So you do need a super tier, Tier 4.’ 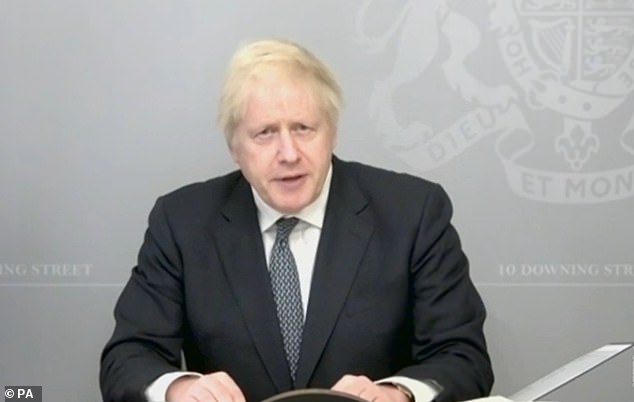 Boris Johnson is facing mounting pressure to decide whether to ease lockdown measures over Christmas. A Government adviser has warned allowing festive gatherings to go ahead would ‘throw fuel on the fire’ of the pandemic

Katherine Henderson, president of Royal College of Emergency Medicine, said Christmas should be treated as just another ‘date in the month’ this year, adding: ‘If Covid cases become hospital cases and then sadly go on to become deaths, we will regret a Christmas season that gave granny Covid for Christmas.’

Mr Hopson warned that even a short-lived Christmas break in the rules could cause an ‘uncontrollable flood’ in Covid-19 cases across Britain.

He said this could see hospitals struggle with an influx of patients over the winter, which is typically the busiest time of the year for medics.

Speaking to the Times, Mr Hopson added: ‘There is a risk we swap a few days of celebration for the misery of a third wave a few weeks later.’

He described a relaxation in rules over the festive period a ‘nightmare scenario,’ adding: ‘Even a few days with very few restrictions would be a problem’

Professor Andrew Hayward, a member of the Government’s scientific committee Sage, said that allowing family gatherings would create a ‘substantial risk’ of new infections. ‘My personal view is we’re putting far too much emphasis on having a near-normal Christmas,’ he told Radio 4’s Today programme.

‘We know respiratory infections peak in January, so throwing fuel on the fire over Christmas can only contribute to this.’

And Professor Gabriel Scally, a public health expert from Bristol University, said there was ‘no point’ in having a merry Christmas only to ‘bury friends and relations in January and February’. 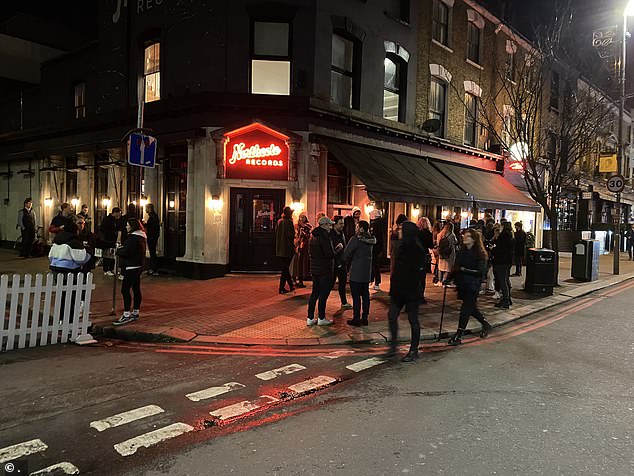 Drinkers were gathered outside a pub near Battersea, South London, on Thursday evening, as Boris Johnson faces pressure over whether lockdown measures will be eased over Christmas 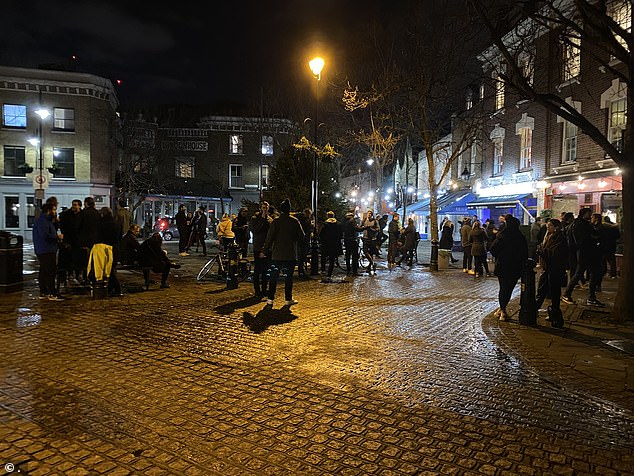 Defence Secretary Ben Wallace said: ‘I don’t want to be the Grinch that stole Christmas’ but he went on to add: ‘More than anything I want us to get through this Covid and try and get this country back to normal.’

Downing Street declined to say whether door-to-door carol singing would be allowed but the PM’s spokesman said there would be no ban on the sale of mistletoe.

Ministers are examining a series of options to relax restrictions around Christmas. Under one proposal, families from three or four households could gather, but could not meet anyone else. An alternative would be to simply relax the Rule of Six to allow larger groups.

In both cases, the plans would last for five days at the most, and possibly only three. One proposed timetable would run from Christmas Eve to the Bank Holiday on December 28.

Downing Street believes a less restricted Christmas is vital for national morale and fears that tight rules would be ignored by families desperate to see their loved ones.

Ministers want to see the latest data on the state of the virus before deciding how far they can go and Mr Wallace said a decision would be taken close to December 2, when the current lockdown expires.

A warning from Public Health England that each day of festivities would have to be followed by five days of lockdown caused irritation in Whitehall and was downplayed.

Health sources said it was based on ‘very preliminary modelling’ and another Government source said: ‘It’s pretty unhelpful for PHE to be talking about five days. How can they know that when we haven’t even decided exactly what the restrictions should be?’ 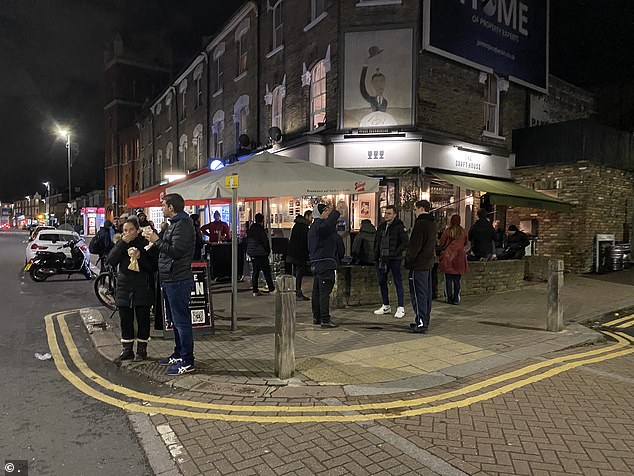 People were seen eating and drinking on street coroners in Clapham, as scientists warn Christmas should be treated like another ‘date in the month,’ this year 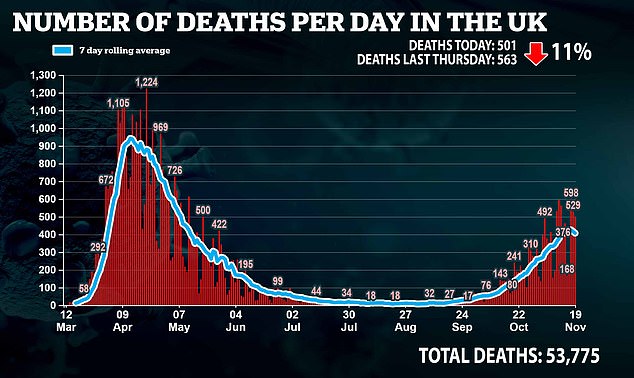 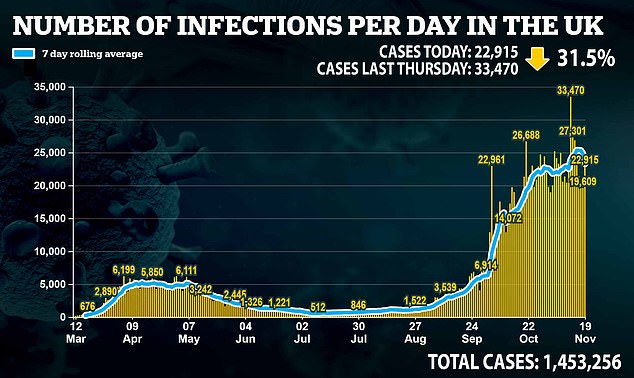 One Government adviser yesterday suggested that indoor socialising would have to be banned across England after December 2.

Epidemiologist John Edmunds, a member of Sage, said that the ban, which previously applied only in Tier Two and above, would have to be extended. This would deal a big blow to the hospitality sector.

He told ITV’s Peston show: ‘I think we might be able to negotiate Christmas without going into another lockdown – I really hope that’s the case.

‘When I say a lockdown I mean what we’re in now. I still think we’ll have to have restrictions in place, except probably this little window over Christmas, when I’m sure we’ll relax to some extent.’

He also said he expected social distancing rules to last in some form until at least next summer. 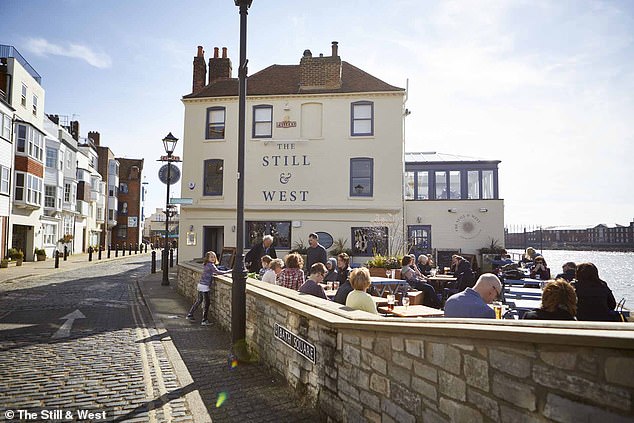 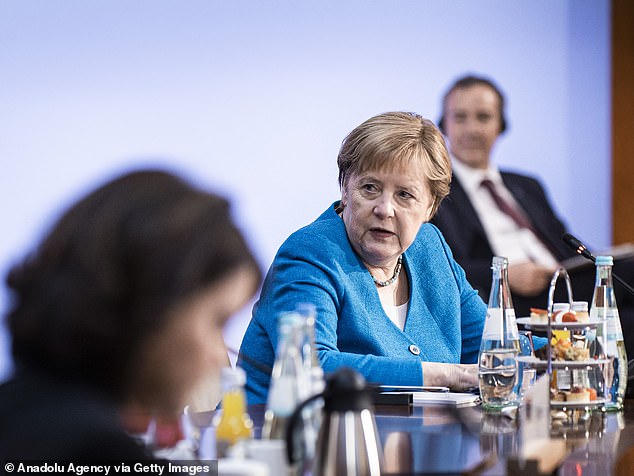 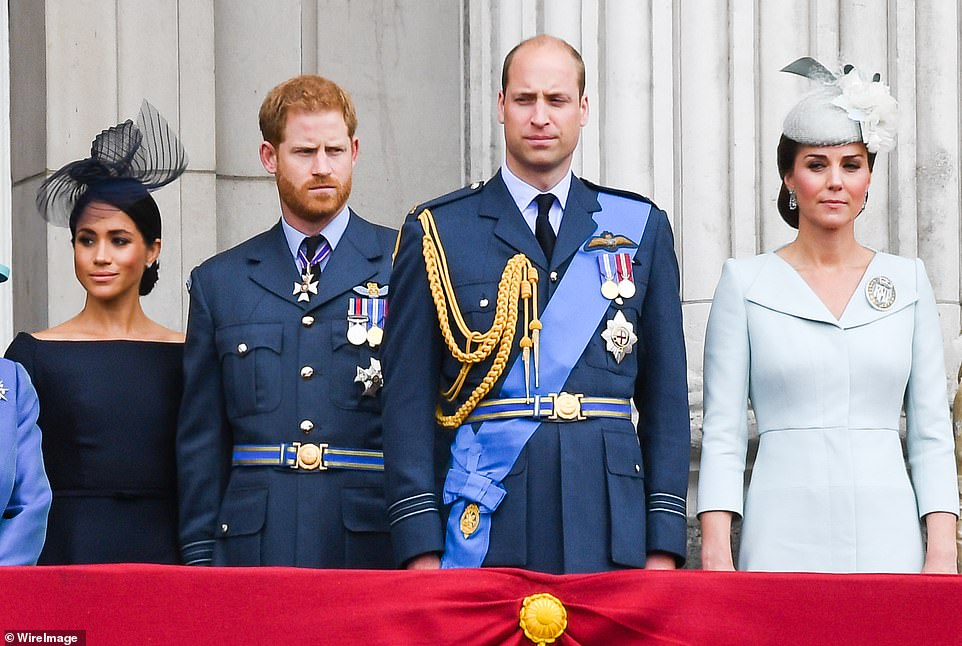 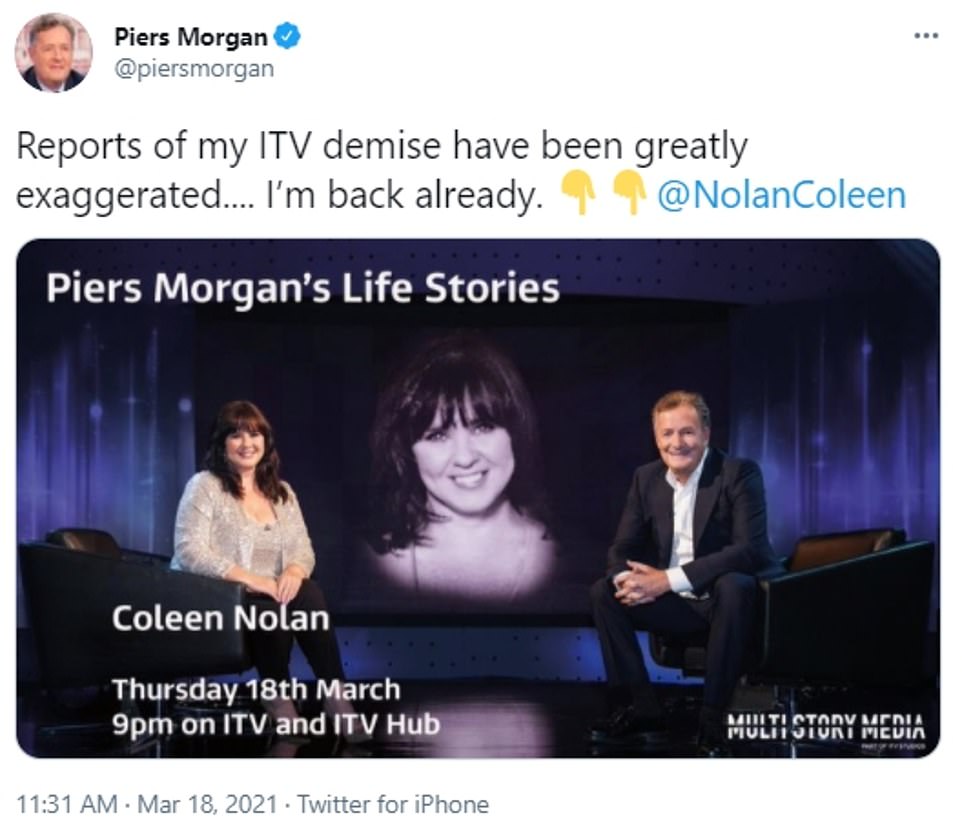 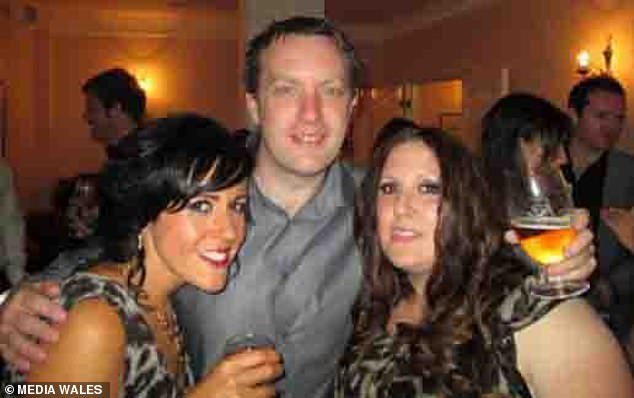 ‘Fit and healthy’ air stewardess, 40, is killed by Covid

Grieving mother turns detective to accuse police of a cover-up 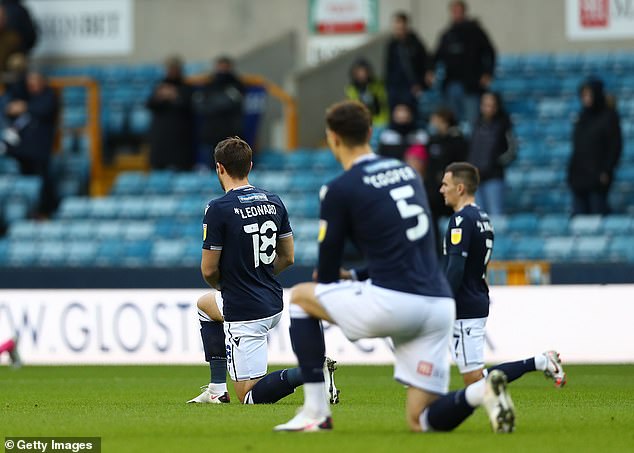