President on Sunday tweeted interviews from Sen and Texas Sen  who both made claims of election fraud during the presidential election.

Trump’s first tweet was of a segment featuring Cruz that aired on Fox News’ Sunday Morning Futures. In the clip, Cruz claimed that the Republican Party is ‘hearing lots of allegations of a dead person voted’.

flagged both videos, noting at the bottom that their claims about election fraud ‘is disputed’.

Cruz said Republicans heard that in one Michigan county, election software mistakenly counted 6,000 votes that were cast for Donald Trump and switched them for .

‘Now they apparently they caught that but that same software is used in 47 counties throughout Michigan. That needs to be examined to determine that there’s not a problem counting the votes. And the legal process is how you resolve those questions.

‘One of the frustrating things just as an American watching this is you hear all of these allegations of what’s going on and it’s hard to know what the facts are.

‘Well we have a process for ascertaining the truth… and in this case could very easily end up at the US Supreme Court,’ Cruz said. 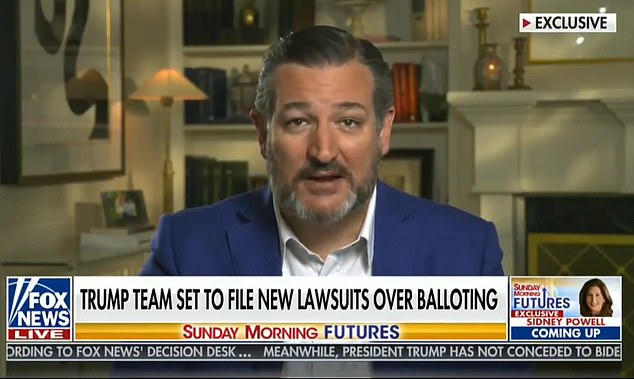 Sen Ted Cruz claimed Republicans have heard that in one Michigan county, election software mistakenly counted 6,000 votes that were cast for Donald Trump and switched them for Joe Biden

Cruz then referenced the Bush vs Gore Supreme Court case of 2000 that settled a recount dispute in Florida’s presidential election between George W. Bush and Al Gore.

According to Cruz, the decision was made within ‘the course of 36 days’.

‘I would expect a similar process to play out here despite the media trying to tell everyone, “Give up, go home, we know who we want to win,” that’s no how it works. We need to follow the law and that means allowing the legal process to play out,’ Cruz added.

Graham echoed similar sentiments about the media, saying: ‘Well, number one this is a contested election. The media doesn’t decide who becomes president. If they did you would never have a Republican president ever.

He then talked about how the Trump team has canvassed all early voters and absentee mail in ballots in Pennsylvania, which led to the discovery of more than 100 people they think were dead.

Graham said they were able to verify that 15 dead people voted in the presidential election, adding: ‘But here’s the one that gets me, six people registered after they died and voted. In Pennsylvania I guess you’re never out of it.’

He then urged Republicans to challenge and ‘change the US election system’ otherwise ‘there’ll never be another Republican president elected again’.

Graham also told Fox News that he is expecting an explanation from Pennsylvania officials. 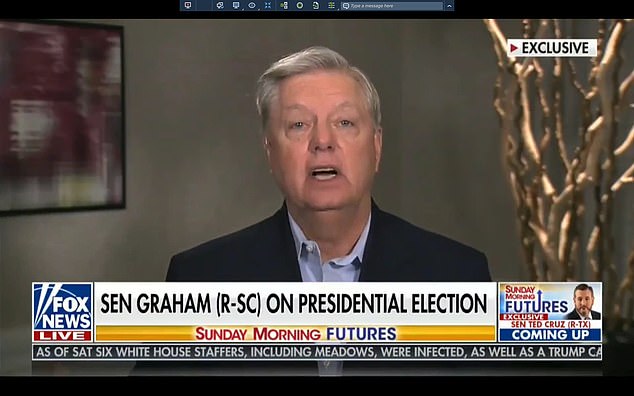 Sen Lindsey Graham (pictured) said they were able to verify that 15 people that had been dead voted in the presidential election, adding: ‘But here’s the one that gets me, six people registered after they died and voted. In Pennsylvania I guess you’re never out of it’

‘I want Pennsylvania to explain to the American people how six people after they died can register and vote in Pennsylvania.

‘I want the computer systems in Michigan that flipped votes from Republicans to Democrats to be looked at. There’s a lot of shenanigans going on here,’ Graham said.

Trump allowed the videos to speak for themselves and opted out of adding his own opinion to the remarks from the senators.

Biden was announced the President-elect on Saturday to the shock of millions of Trump supporters after several major news outlets called Pennsylvania and Nevada for the Democrat, pushing him past the 270 electoral votes needed for him to win.

The president has promised legal action in the coming days as he refused to concede his loss to Biden, making an aggressive pitch for donors to help finance any court fight.

Trump and his campaign have leveled accusations of large-scale voter fraud in Pennsylvania and other states that broke for Biden, so far without proof.

Moments after the AP called the race for Biden, Trump attorney Rudy Giuliani stood in front of campaign banner taped over the garage door of a landscaping company in Philadelphia, wedged near a cremation center and an adult book store called Fantasy Island, with a handful of poll watchers and declared they’d been kept too far away to check for any inaccuracies.

‘We have no way of knowing, because we’ve been deprived of the right to inspect ballots,’ he said.

Partisan poll watchers are designated by a political party or campaign to report any concerns they may have. They are not poll workers who actually tally ballots.

Monitoring polling places and election offices is allowed in most states, but rules vary and there are certain limits to avoid any harassment or intimidation. They are not allowed to interfere with the conduct of the election and are typically required to register in advance with the local election office.

By the end of this week, Giuliani predicted the campaign would have filed ‘four or five’ lawsuits, with a total of 10 possible. Republican lawyers planned a Monday news conference to announce additional litigation.

Voter fraud is extremely rare, and when it does happen, people are generally caught and prosecuted and it does not change the outcome of the election. 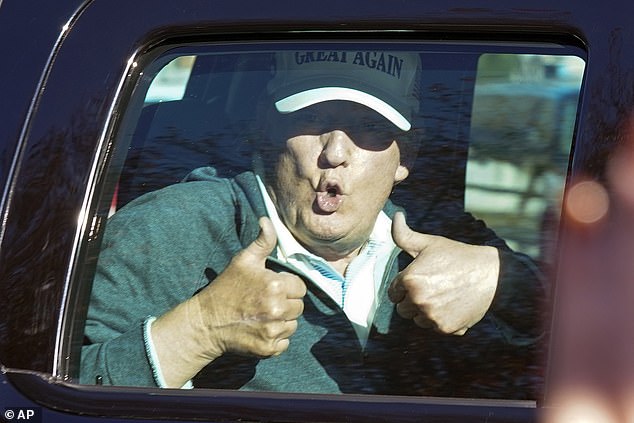 The president has promised legal action in the coming days as he refused to concede his loss to Biden, making an aggressive pitch for donors to help finance any court fight 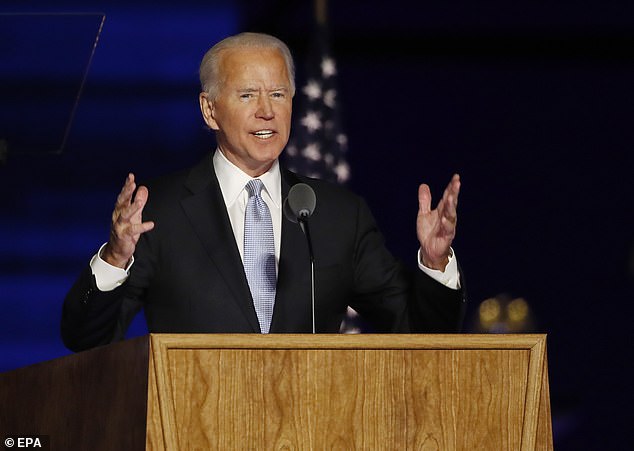 Biden was announced the President-elect on Saturday to the shock of millions of Trump supporters after several major news outlets called Pennsylvania and Nevada for the Democrat, pushing him past the 270 electoral votes needed for him to win

Typically, it involves someone wanting to honor the wishes of a loved one who recently died and either knowingly or not commits a crime by filling out that ballot.

Trump campaign officials have also alleged that more than 21,000 had been cast in the name of the dead in Pennsylvania.

The claims stem from a conservative legal group’s lawsuit against the Secretary of State, accusing her of wrongly including some 21,000 supposedly dead residents on voter rolls.

The federal judge who has the case, John Jones, has said he was doubtful of the claims. He said the Public Interest Legal Foundation that brought the claims was asking the court to accept that there were dead people on voter rolls, and he asked for proof and questioned why they had waited until the ‘eleventh hour’ to file suit.

‘We cannot and will not take plaintiff’s word for it -in an election where every vote matters, we will not disenfranchise potentially eligible voters based solely upon the allegations of a private foundation,’ he wrote in an October 20 ruling.

But even if those 21,000 votes were to be cast aside, Biden would still lead the state by more than 20,000 votes, according to AP data.

Trump’s own administration has pushed back at the claims of widespread voter fraud and illegal voting though it didn’t mention Trump was the one making the allegations.

The Cybersecurity and Infrastructure Security Agency, the federal agency that oversees US election security, also noted local election offices have detection measures that ‘make it highly difficult to commit fraud through counterfeit ballots’.

Top election officials in the battleground states of Arizona, Georgia, Michigan, Pennsylvania and Nevada – both Republican and Democrat – have all said they see no widespread voting irregularities, no major instances of fraud or illegal activity. 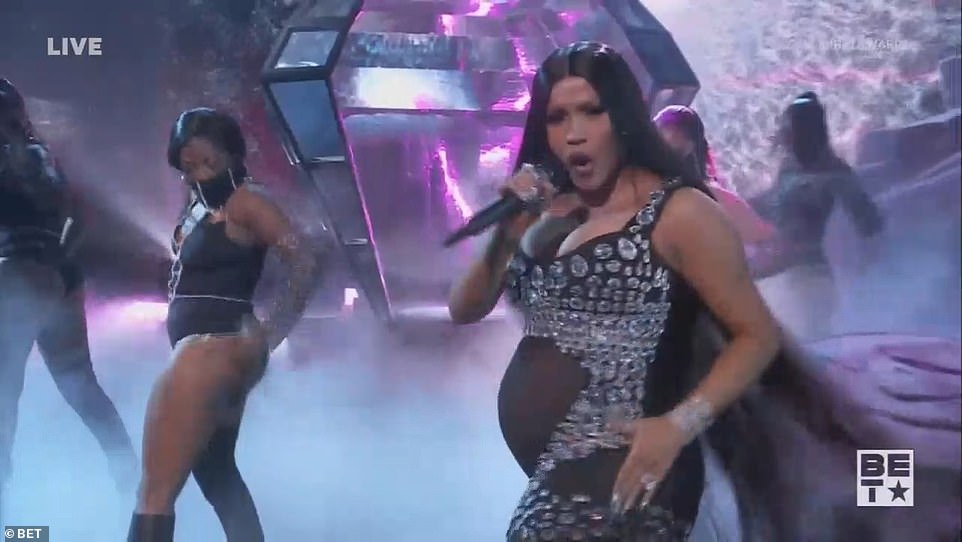 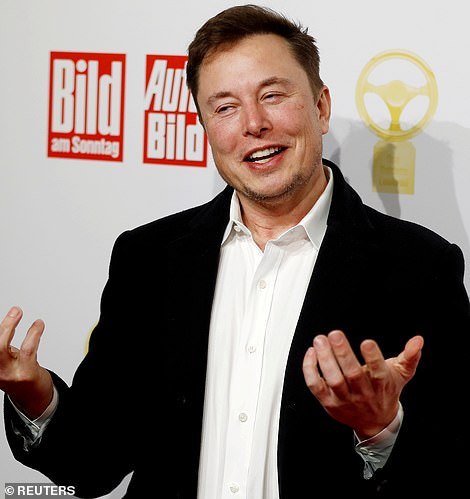 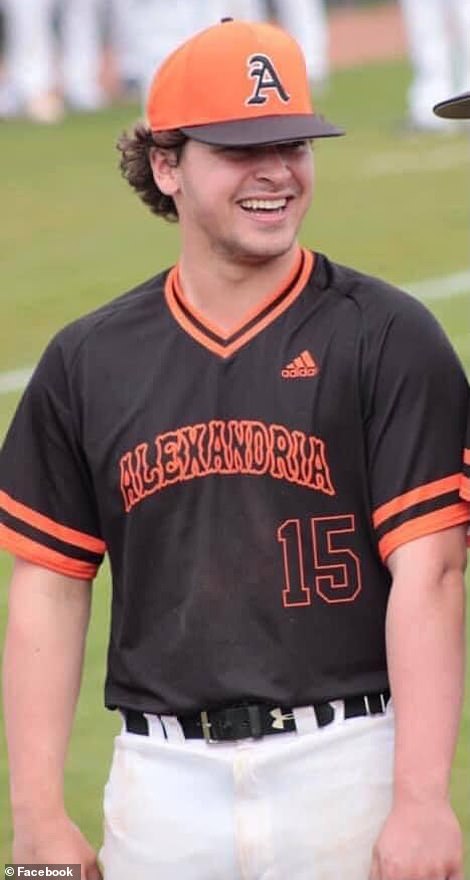 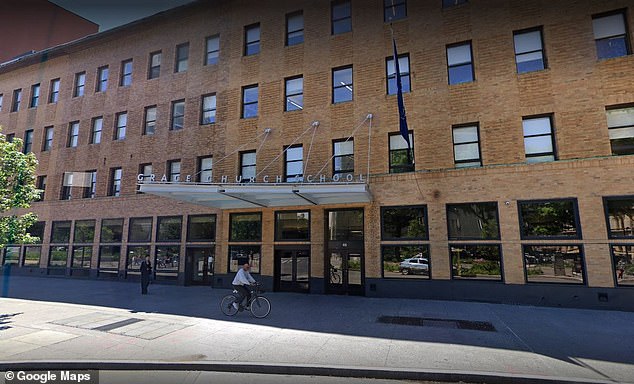 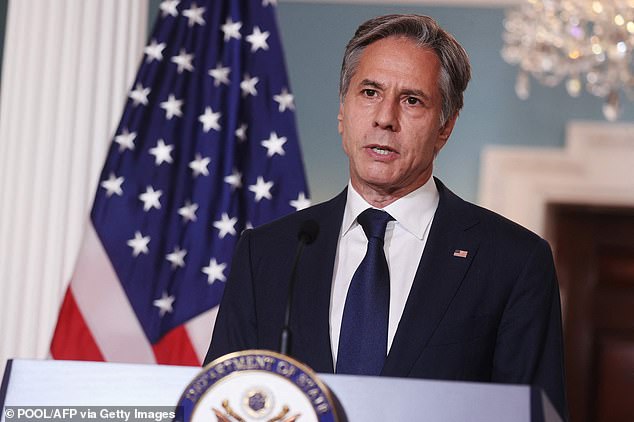 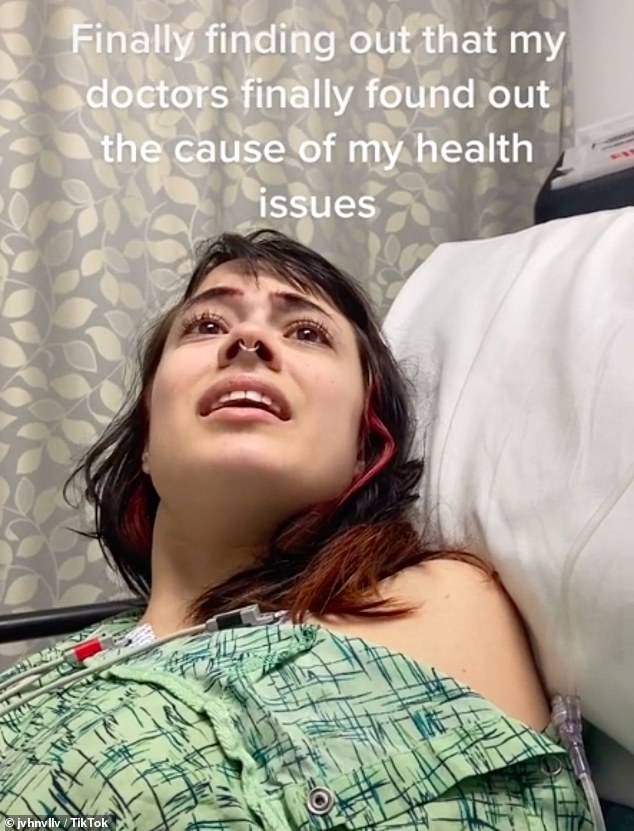