It’s the iconic 90s ballad that pipped to the post for Number One in 1994.

And East 17’s Stay Another Day is seeking to go the distance once again, but this time with super-group Boyz On Block at the helm.

The boyband is made up of the best of British and Irish boyband talent, featuring Another Level’s Dane Bowers, Boyzone’s Shane Lynch, 5ive’s Abz Love and Phats and Small’s Ben Ofoedu. 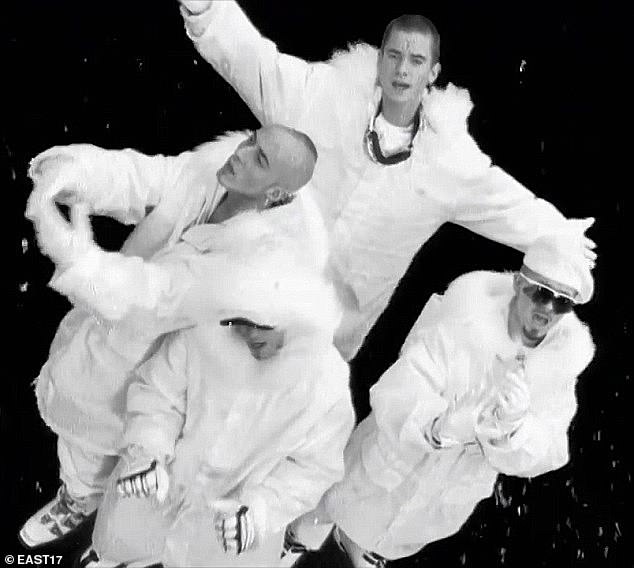 Take two: Supergroup Boyz On Block are aiming get to Christmas Number One with a re-make of East 17’s Stay Another Day (the song’s 1994 music video is pictured)

The band is set to be joined on the piano by East 17 front man Tony Mortimer, who also wrote the song.

Ben told  said: ‘Tony absolutely loves it. We were blessed to have him involved.

‘There’s one thing covering a song, but once you get the nod from the original creator of the song, and knowing what that song means to him, was just the most amazing thing.

‘Sometimes when you cover songs you very rarely get acknowledged by the writer of the song. 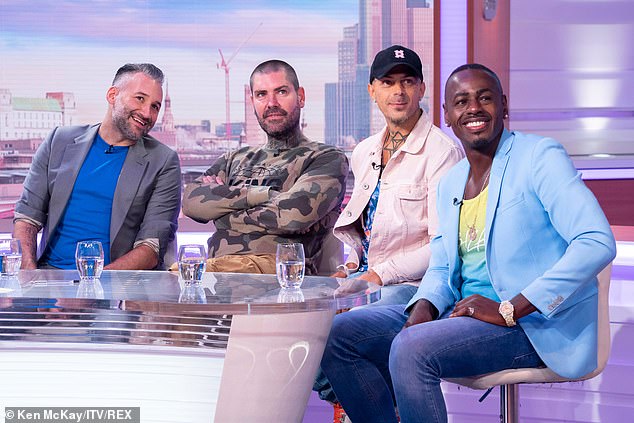 Take two: Dane Bowers, Shane Lynch, Abz Love and Ben Ofoedu are pictured on Good Morning Britain in 2019, when they announced the formation of the band 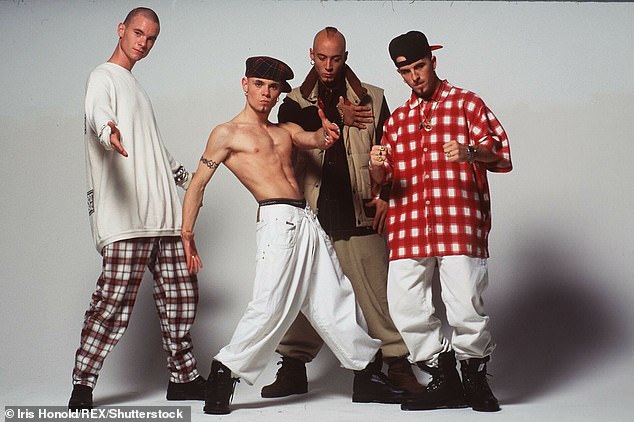 Iconic: Brian Harvey, Tony Mortimer, John Hendy and Terry Coldwell of East 17 are pictured together in 1994 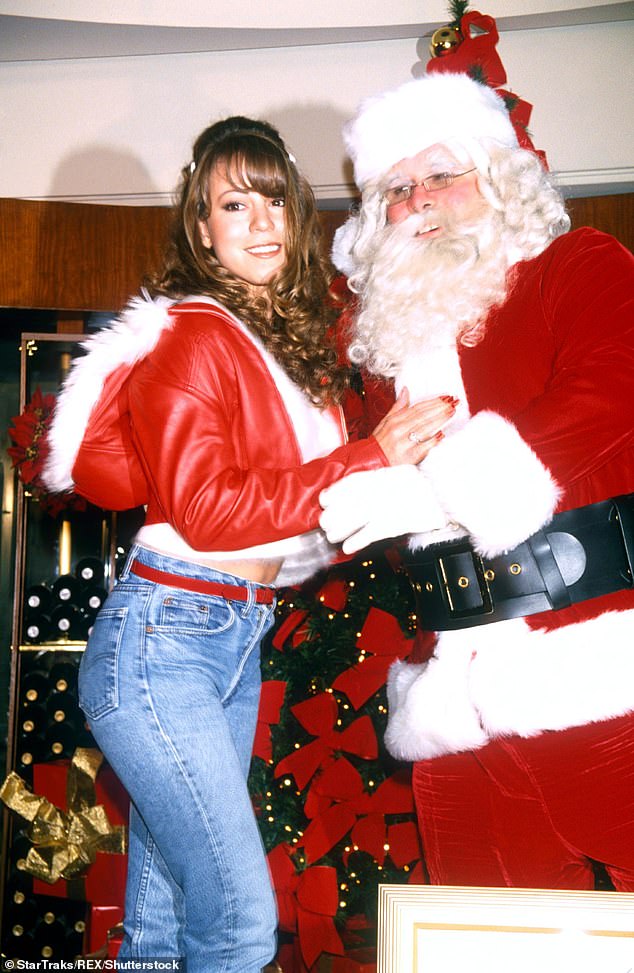 Wow: Stay Another Day even managed to pip to the post Mariah Carey’s classic ballad All I want for Christmas is You

‘But the fact that the writer knew about it and gave you the green light and played on the record is the most amazing thing.’

Stay Another Day’ was originally released as the third single from East 17’s second album Steam.

Despite sounding like a love song, it was actually written about Tony’s brother Ollie, who committed suicide. 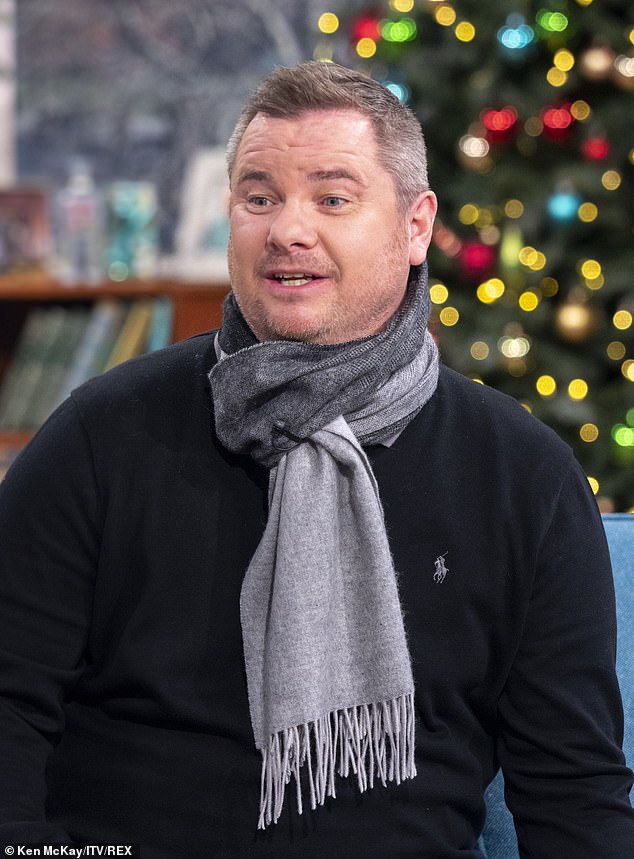 Come back: East 17 band member Tony Mortimer, who wrote Stay Another Day about his brother’s suicide, is set to Boyz On Block’s re-recording on the keyboard (pictured in 2019)

Mortimer explained to NME in 2012: ‘I’d grown up with the other guys in the band, so they knew it was about him, though it wasn’t something I told anyone about until people started asking about it in interviews.’

The song is nevertheless considered a festive classic, with Christmas bells added by producers to make it more appealing in the lucrative Christmas singles market.

The song ended up beating Mariah Carey’s All I Want for Christmas is You to the top spot, and won Tony an Ivor Novello songwriting award.

Boyz on Block formed in 2019, announcing at the time that they were only coming together for a one off gig.

Dane told GMB hosts Richard Madeley and Charlotte Hawkins at the time: ‘Nineties music is huge at the moment, we hope to bring a party element of the nineties.

‘I think we really miss pop music. UK pop music was great in the nineties. People are nostalgic.’

The UK’s Christmas Number One in 2020 is set to be announced on 22 December. 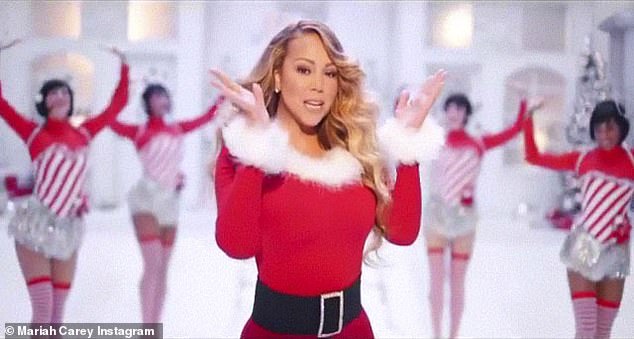 Record breaker: Despite not reaching Christmas number one in 1994, All I want for Christmas is You is the best selling Christmas song of all time in the UK, and also holds the records for the most weeks in the UK singles Top 10 chart for a Christmas song 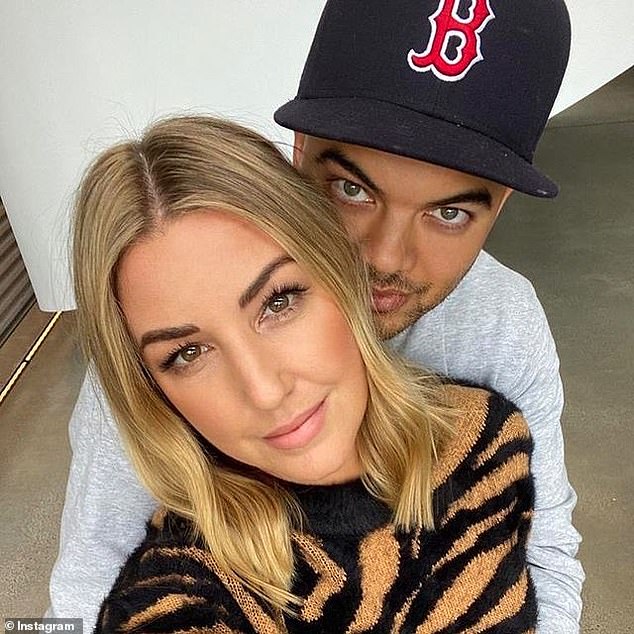 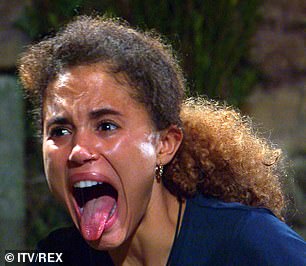 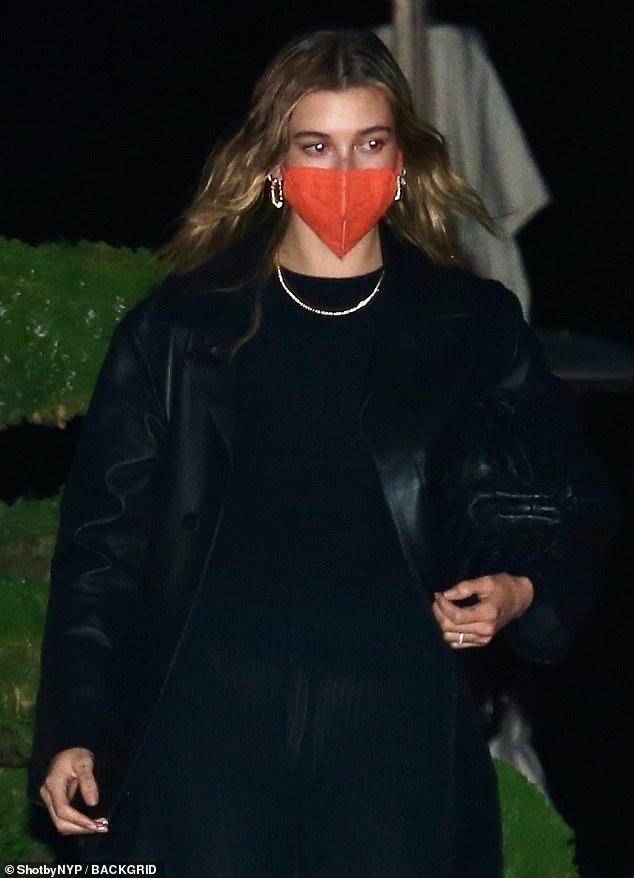 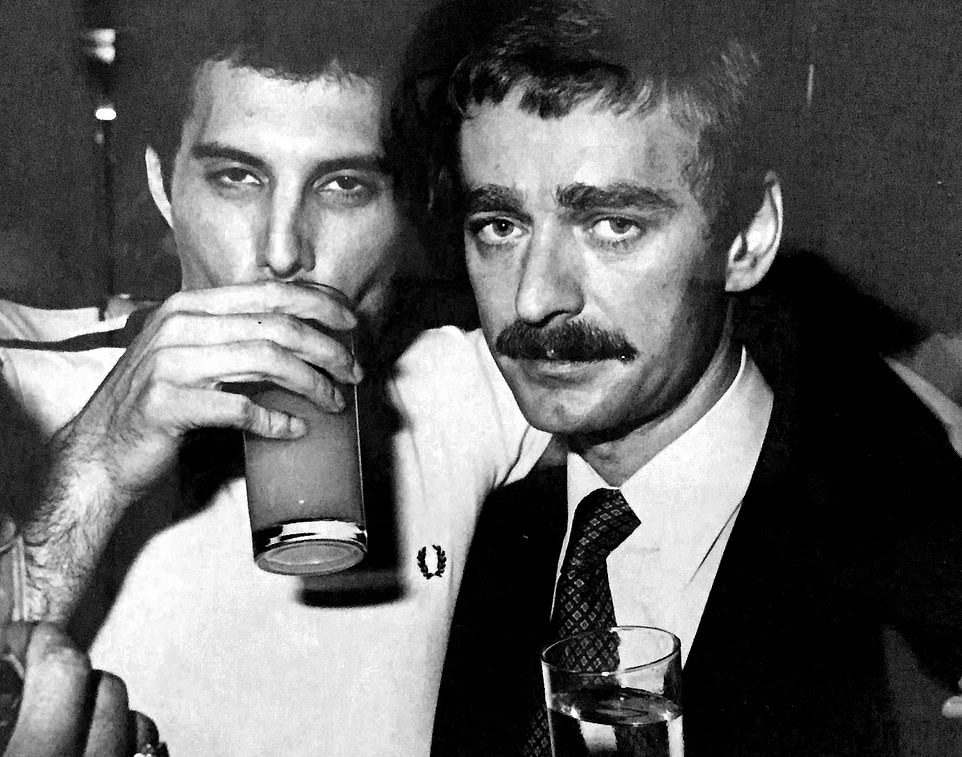 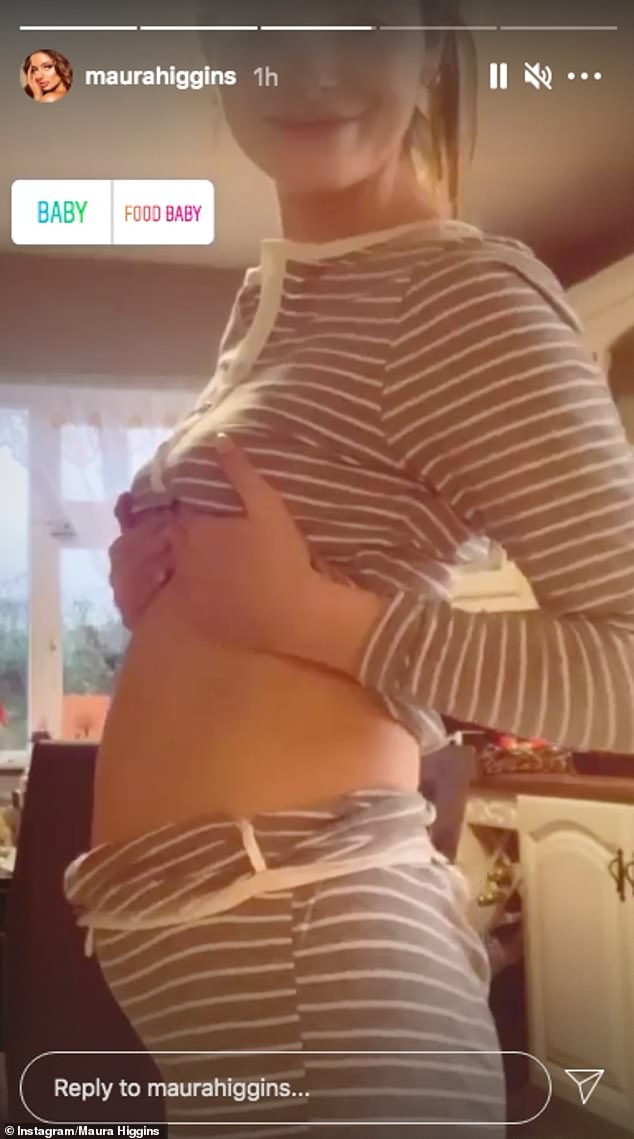 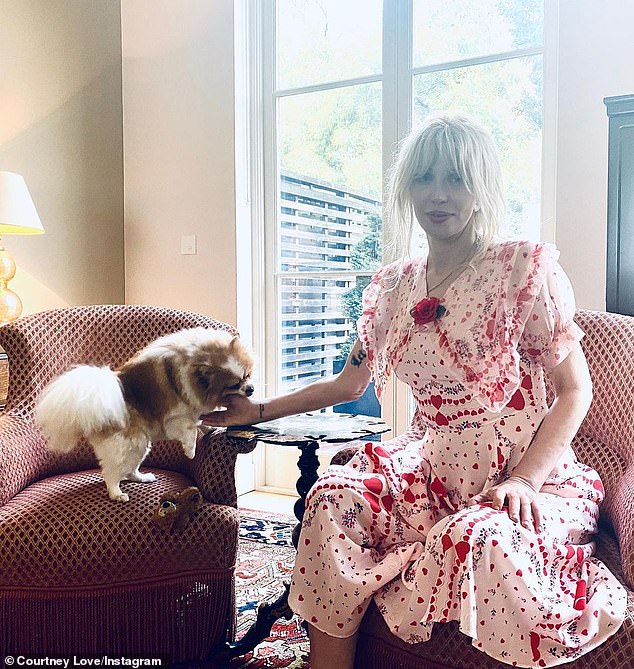 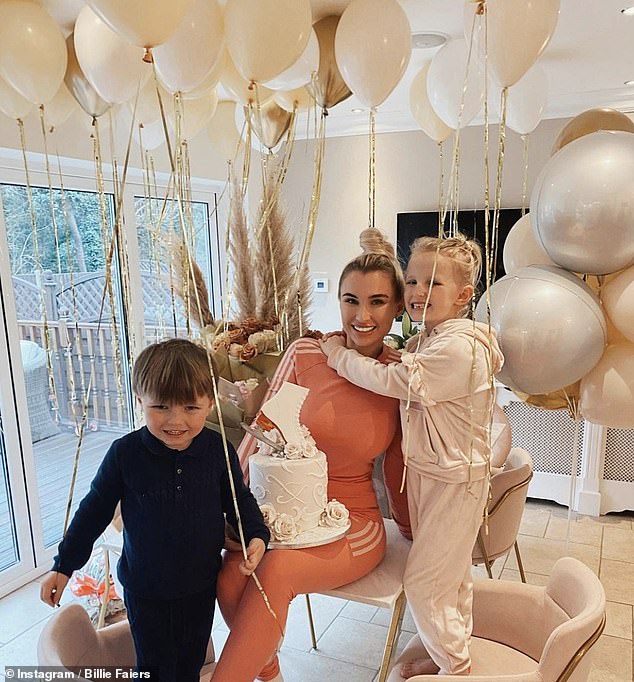 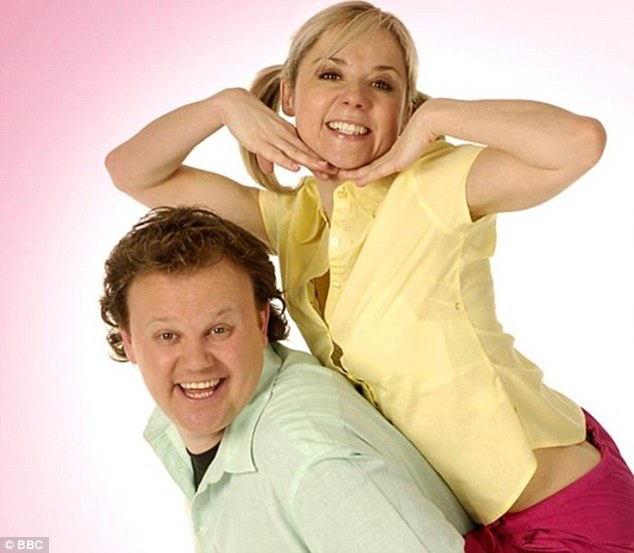