He was noticeably absent from as the show returned to screens over the weekend.

And Bruno Tonioli cut a laid back figure as he stepped out to visit a neighbour in Los Angeles on Saturday.

The TV judge, 64, displayed his physique as he went shirtless for the outing and sported a pair of dark brown shorts. 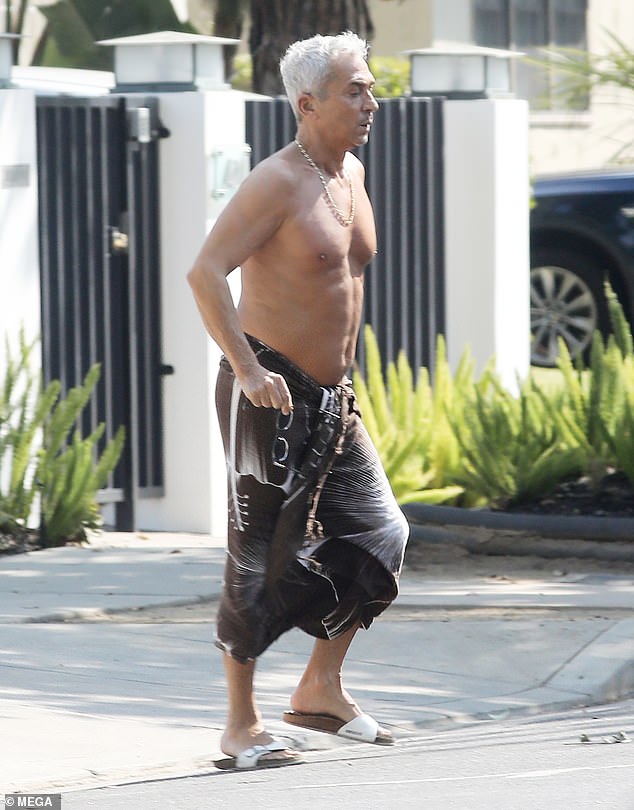 Out and about: Bruno Tonioli, 64, cut a laid back figure as he stepped out to visit a neighbour in Los Angeles on Saturday

Sporting a silver chain around his neck, the dancing professional completed his look with a pair of sliders.

Bruno is currently based in California where he has been working on Dancing With The Stars, the US version of Strictly.

The Covid-19 pandemic made it impossible for him to travel back and forth between London and LA as he usually does to work on both shows.

Despite the universal excitement of seeing Strictly back on the television on Friday, some fans couldn’t help but mull over the absence of dancing aficionado Bruno. 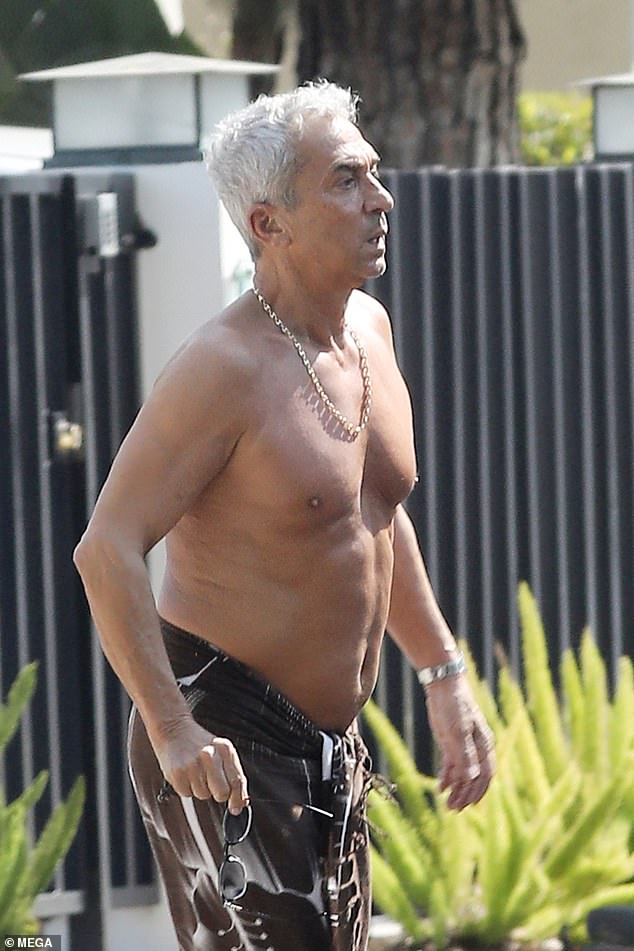 Enjoying the sun: The TV judge displayed his physique as he went shirtless for the outing and sported a pair of dark brown shorts

One fan posted on Twitter: ‘No Bruno Tonioli on Strictly this year I’m making a complaint to Ofcom’.

Another viewer said: ‘So glad to have Strictly back on again! A bit of sparkle is what we all need right now! Loved the opening routine.

‘It is a bit strange though with no audience….and without Bruno Woman dancing.’

A third fan wrote: ‘#Strictly without Bruno is like a rainbow without the colours’. 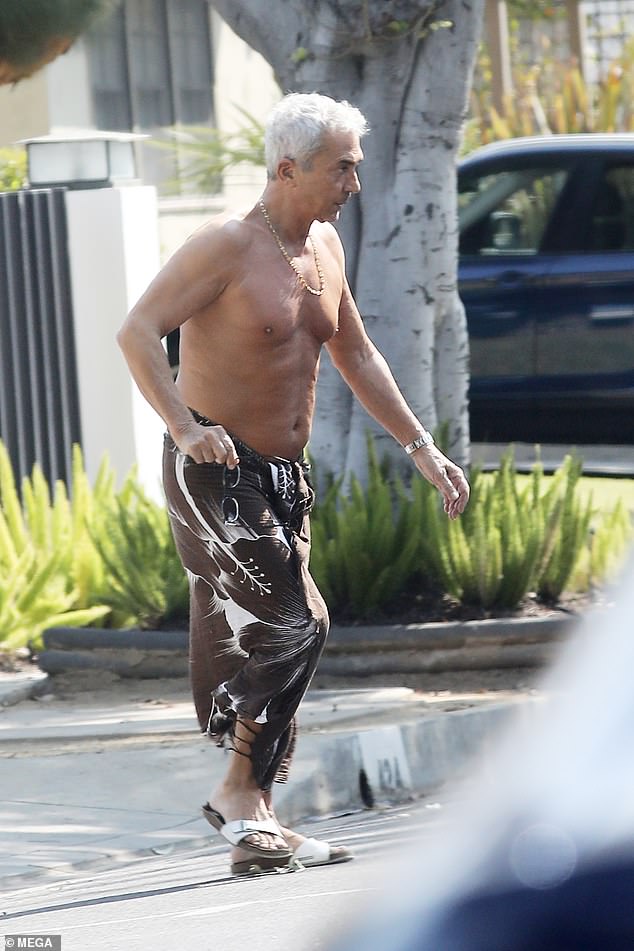 Casual: Sporting a silver chain around his neck, the dancing professional completed his look with a pair of sliders

It is thought that BBC bosses are still keen to get Bruno to the UK and hope that he could make a comeback for the Strictly final later this year.

A source told the : ‘Everyone at Strictly was devastated when they found out Bruno was going to pull out of this year’s series.

‘Travel restrictions in place because of coronavirus meant he couldn’t fly back and forth to do both shows this year, so he picked Dancing With The Stars. But Strictly’s producers were still keen for him to make an appearance if it was possible.’

The source added: ‘Dancing With The Stars usually ends a few weeks before Strictly’s final. So the plan is for Bruno to jet back to the UK as soon as he’s finished with his ­commitments in the US. 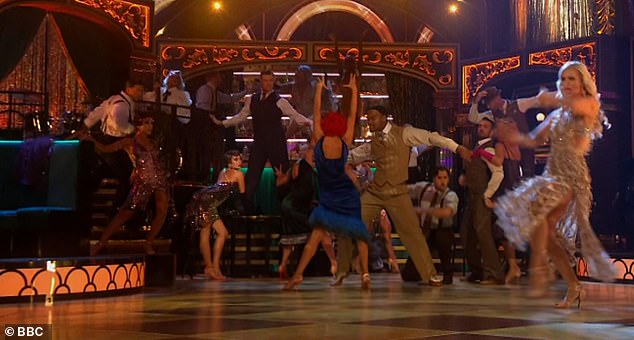 Adoration: Strictly Come Dancing returned to screens on Friday evening and viewers emotionally celebrated the dancing competition as it ‘restored normality’ amid the pandemic

‘There will be enough time for him to do two weeks in quarantine if needed. And then he will be free to make his big comeback on Strictly.’

It comes after fellow Strictly judge Craig Revel Horwood, who has appeared on the show alongside Bruno since 2004, said he was confident the choreographer will make a ‘triumphant return’ in 2021.

He said: ‘They might throw guest judges in for fun. Then when everything’s back to normal, Bruno can make his triumphant return!’ 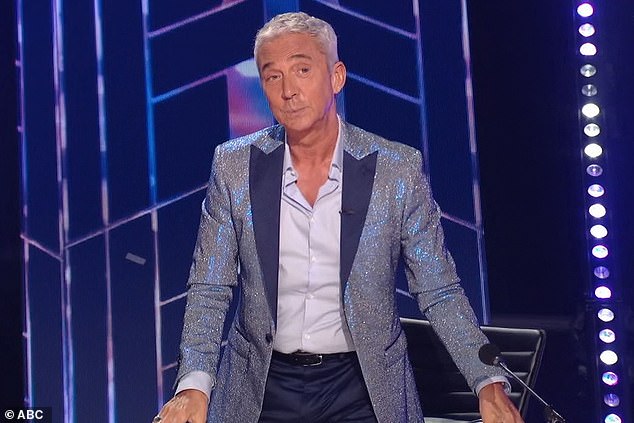 Missing chair: While many fans rejoiced, others expressed their disappointment that Strictly judge Bruno was absent for the show