Dana Nawzar Jaf – a former Chevening Scholar at Durham University – questioned the police’s decision to kill Chechen fanatic Aboulakh Anzorov, fearing the terrorist would attack them or others.

Mr Jaf, who describes himself as a Kurdish activist, had taken to , posting: ‘I fully condemn French police’s brutal senseless murder of the Muslim suspect last night. 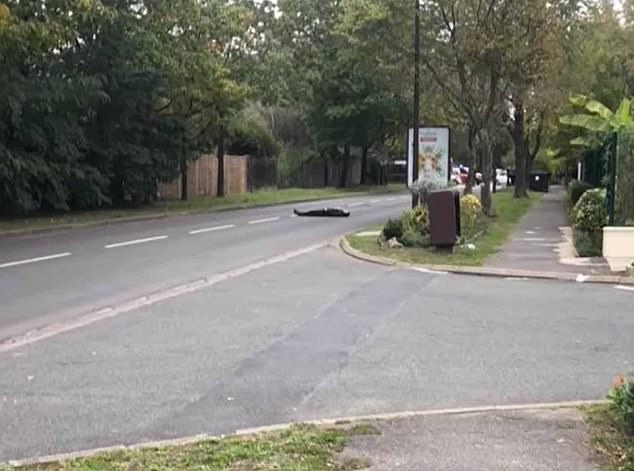 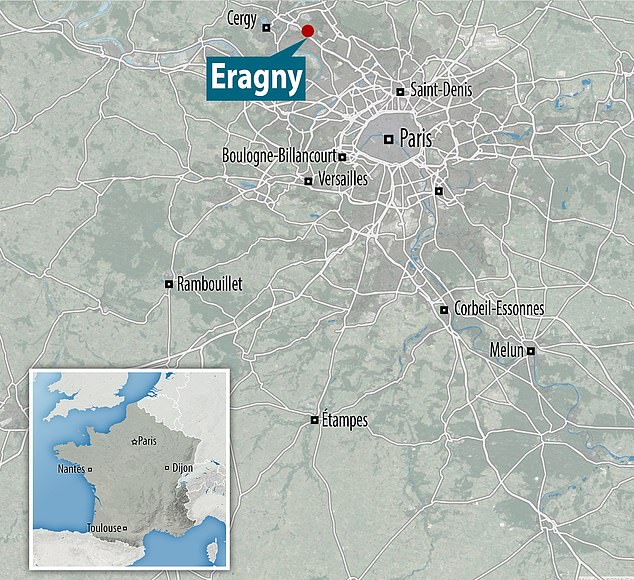 The killer fled to the nearby town of Eragny-sur-Oise (pictured) around two miles away from where the alleged beheading occurred, where he refused to surrender and was shot dead by the police

‘Macron and his security apparatus should explain to the public what was the need for the use of the disproportionate force against someone suspected of a knife crime. France is in crisis.’

Mr Jaf – an occasional writer for the Left-leaning New Statesman magazine, did not condemn the beheading itself.

His Twitter account, which bears the motto ‘build bridges and destroy idols’, was inundated with angry comments.

One poster wrote: ‘Police have done what they needed to do. They were protecting their citizens.’

Last night, Mr Jaf, who is believed to have arrived in Britain as an exchange student from Iraq in 2009, could not be reached for comment. Mr Jaf, who describes himself as a Kurdish activist, had taken to Twitter, posting: ‘I fully condemn French police’s brutal senseless murder of the Muslim suspect last night (pictured) Police shown arriving to attempt to arrest the 18-year-old suspect, suspected of beheading a middle school teacher on Friday. French officers were seen pointing their firearms downs the street at the suspect out of shot of the video 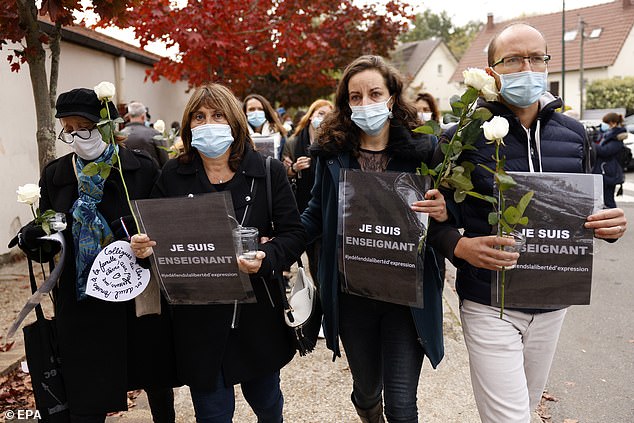 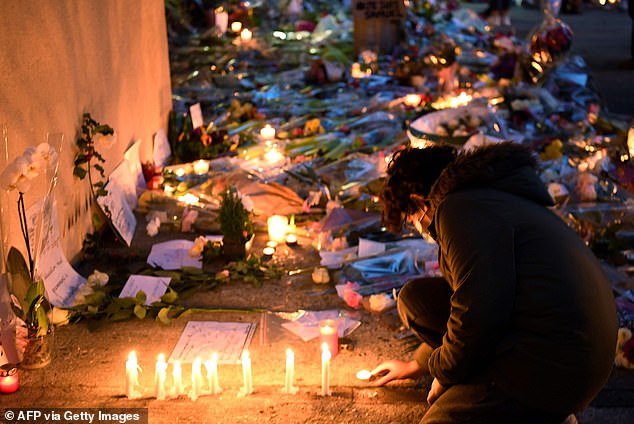 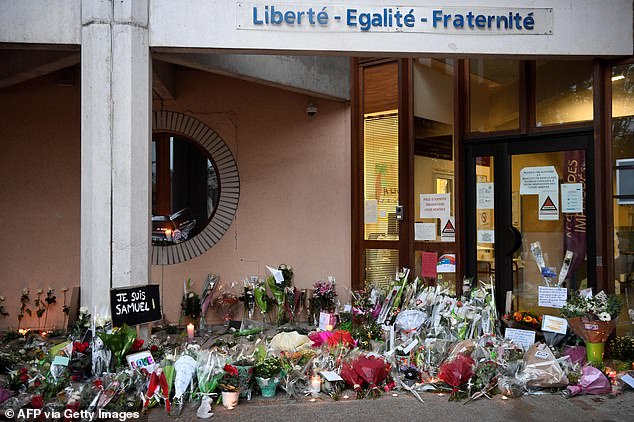 Signs read ‘Je suis Samuel’ outside the school in Conflans-Sainte-Honorine in tribute to Mr Paty, who was killed on Friday