Paloma Faith has opened up about her gruelling battle with postpartum depression, which came on after she gave birth to her daughter, now three.

The 39-year-old singer, who recently announced that she and partner Leyman Lahcine are expecting their second child, admitted on Sunday that she struggled to see light at the end of the tunnel during the height of her illness.

Speaking on Channel 4’s Sunday Bunch, she told hosts Simon Rimmer and Tim Lovejoy: ‘I did have a traumatic first birth and did have postpartum depression. So I’m trying to make sure I surround myself with people who know that. 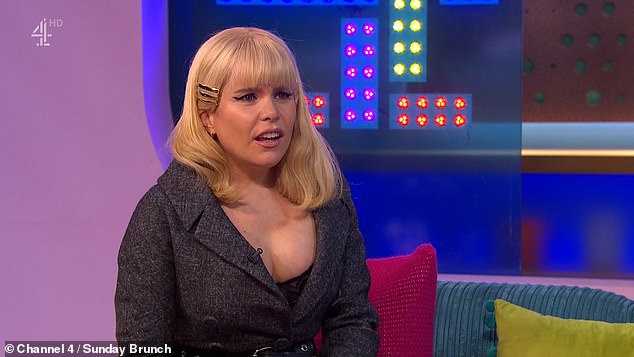 Battle: Paloma Faith opened up about her gruelling battle with postpartum depression, which came on after she gave birth to her daughter, now three

‘I don’t think I realised I was that ill until it went away. Yeah, it’s quite difficult because you wonder whether you’ll be happy again.’

During her appearance on the show, the star also spoke about falling pregnant on her sixth round of IVF, which she shared as she announced the news last week.

She said on Sunday Brunch: ‘I think being pregnant is often glorified as this beautiful sentimental thing, and I am overwhelmed with joy I tried very hard on IVF to get pregnant – it’s my sixth round, and that means I definitely want a baby. 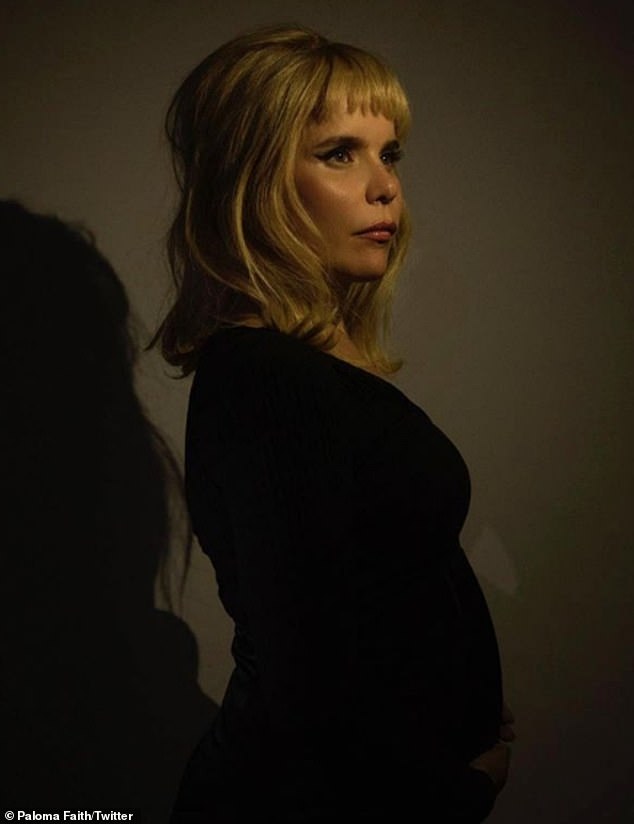 Struggle: The 39-year-old singer admitted on Sunday that she struggled to see light at the end of the tunnel during the height of her illness

‘But, I swell up a lot, I feel very full, and I know this is a family show but I don’t like having breasts very much.’

East London native Paloma’s candid chat comes days after she announced her pregnancy via her social media platforms on Thursday alongside a picture cradling her bump.

She penned: ‘It is with extreme pleasure I announce I am pregnant. I am going to be releasing new music at this time and wanted to feel free in my body as it changes before all our eyes!

‘I love my job and can’t wait for you all to hear my 5th album and I will be out and about playing as much as this crazy time will allow (also a tour next year).’ 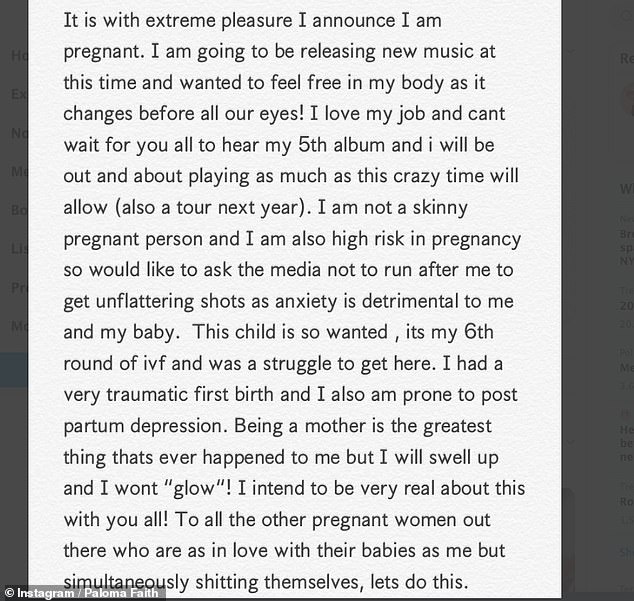 Candid: The star revealed her pregnancy on Instagram on Thursday, telling her fans that the baby is ‘so wanted’ and explaining that she wants to ‘feel free in my body as it changes’

‘I am not a skinny pregnant person and I am also high risk in pregnancy so would like to ask the media not to run after me ate get unflattering shots as anxiety is detrimental to me and my baby.

‘This child is so wanted, it’s my 6th round of IVF and was a struggle to get here. I had a very traumatic first birth and I am also prone to postpartum depression.

‘Being a mother is the greatest thing that’s ever happened to me but I will swell up and I won’t “glow”! I intend to be very real about this with you all!

‘To all the other pregnant women out there who are as in love with their babies as me but simultaneously s***ing themselves, let’s do this’. 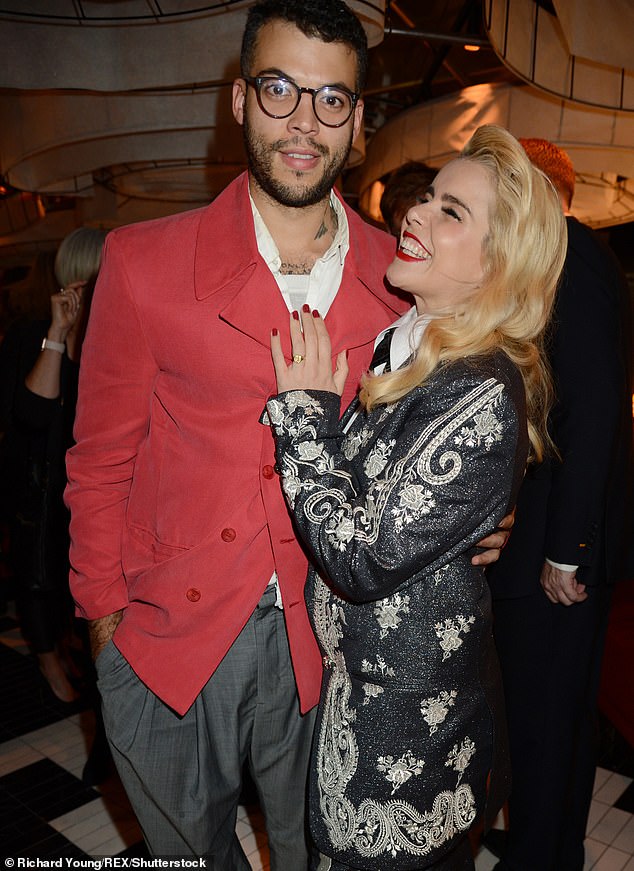 Couple: The singer is already mother to a three-year-old daughter with her long-term partner Leyman Lahcine (pictured together in 2018)

The music star gave birth to her first child with long-term boyfriend Leyman Lahcine in December 2016.

And back in July, Paloma shot down claims that she’s raising her daughter gender neutral, days after finally revealing her child is a girl.

She had previously kept the gender of her daughter under wraps, leading to speculation that she had opted to raise her child outside of any definitions.

However, when asked by the Radio Times what made her finally reveal the toddler’s gender, she explained: ‘I was misunderstood – the media reported that I wasn’t dictating gender stereotypes. 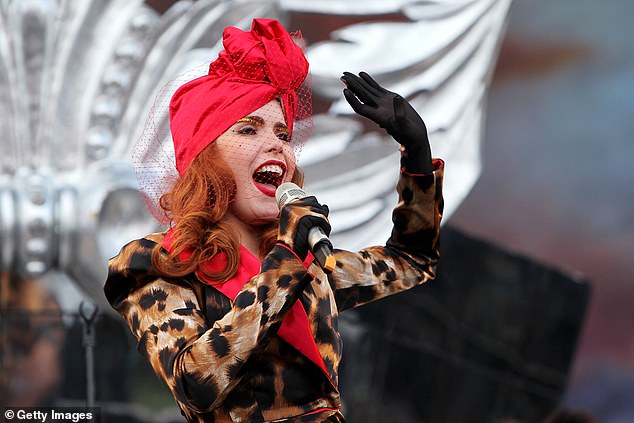 Mama: Back in July, Paloma shot down claims that she’s raising her three-year-old daughter gender neutral, days after finally revealing her child is a girl (pictured on stage in 2010)

‘True, I don’t encourage gender rigidity with toys, but really, I was traumatised by the birth and protective of our privacy.

‘I wanted her to develop into herself before the world decided who she was. I felt like a lioness. She makes me look at the world in a way I’ve neglected for a long time.’

The interview came days after she admitted to having abortions in the past and discussed her miscarriage last year in a candid chat on the Happy Mum Happy Baby podcast.

In the poignant chat, Paloma reflected on falling pregnant by accident in her youth, compared with her struggle to conceive now that she is in her late 30s.

Paloma said: ‘In the past I’d been very fertile and I’d had moments when I was too young to have a baby where I’d chosen not to have it.

‘And I felt very fertile. And when I met my partner I felt very different with him than I felt with most people.’

She said: ‘Last year I was trying again and it was strange because once my daughter turned 18 months I suddenly was like, I want another one.

‘This is the best. Then I had a miscarriage and it’s sort of an ongoing thing. It’s tense. It’s not very sexy.

‘I have a scar that isn’t healing properly from my caesarian so it’s creating a bit of a toxic atmosphere which is also quite hard.’ 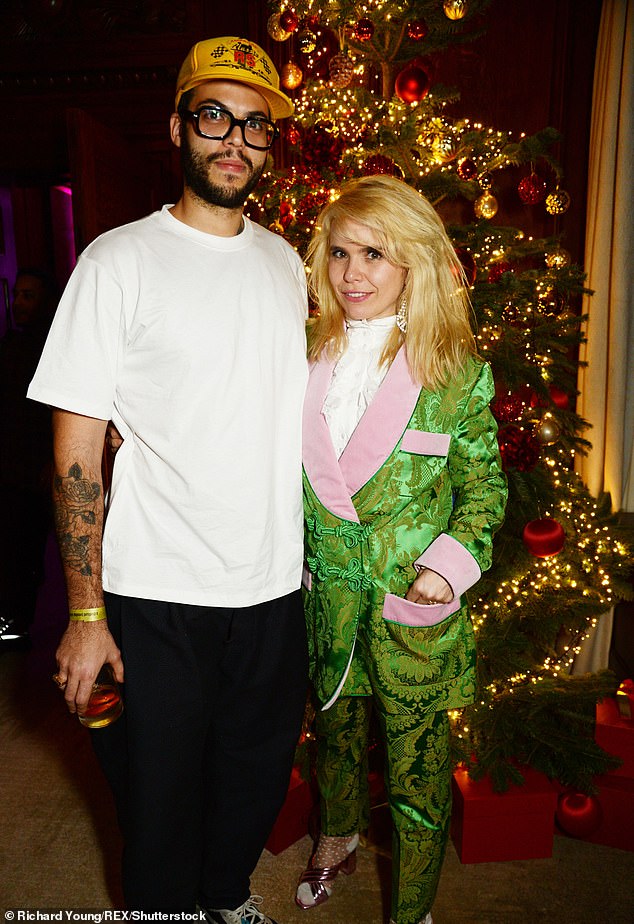 Parents-to-be: Paloma told her fans she ‘will swell up and I won’t “glow”‘ in the heartfelt post to reveal her and Leyman’s news

Paloma also admitted she felt ‘depleted and depressed’ while at home with her daughter but became invigorated when she began working again.

Speaking about life as a working mum, the singer and actress said: ‘I have so much respect for the women who stay at home, I just don’t know how they do it. Because, it’s harder. It’s harder than going to work.’

Her exciting news comes after Paloma announced the details of her fifth studio album, Infinite Things, which is out on 13th November via RCA Records.

On Thursday Paloma also announced a nationwide 26 date tour for September – October 2021 in support of her upcoming album. 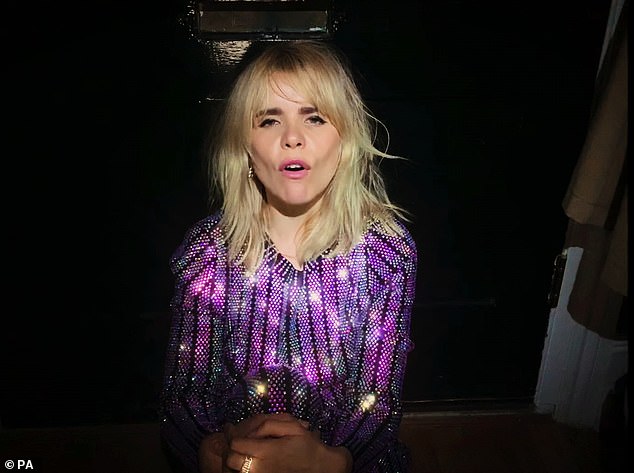 The past: Paloma has previously admitted to having abortions and discussed her miscarriage last year in a candid chat on the Happy Mum Happy Baby podcast (pictured in April)

Ellie Goulding flashes her engagement ring as she greets fans
I'm A Celebrity: Georgia Toffolo touches down in Australia for appearance on Extra Camp
Geordie Shore's ex-stars Gaz Beadle and Marnie Simpson 'set to RETURN for spin-off show'
Christine McGuinness soaks up the sun in a bikini-clad snap
Meet the women vying for Matt Agnew's heart on The Bachelor ahead of season premiere
Love Island's Gabby Allen catches the eye in a chic metallic silver dress as she enjoys a night out
Madonna stuns fans as she attends Black Lives Matter protest on CRUTCHES
Myleene Klass celebrates five years since she met boyfriend Simon Motson