Undercover MI5 agents broke the law to foil a plot to assassinate Theresa May, the Home Office has revealed as it plans to set out new laws to give spies legal protection as they try to protect Britain.

New laws expected to be unveiled this week are set to give undercover spies legal protection to commit crimes as the UK’s head of counter-terrorism, Neil Basu, warned children as young as 13 are plotting attacks.

The Home Office has revealed details of a foiled plot to kill former PM Theresa May to highlight the importance of the new law.

According to The Telegraph, undercover agents from MI5 and Metropolitan Police’s counter-terrorism unit infiltrated Islamic State and trapped Naa’imur Zakariyah Rahman, 21, who was planning to bomb the gates of Downing Street, kill guards and attack Theresa May with either a knife or a gun.

But he was arrested after going to collect an explosives-packed jacket and ruck-sake from an undercover officer he believed to be a handler from the terror group. 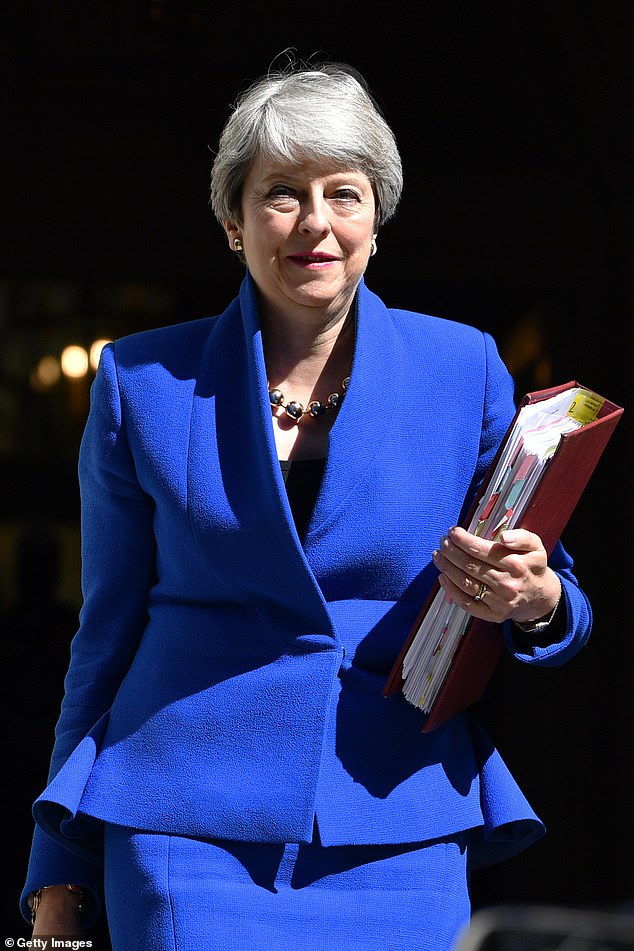 The Home Office has revealed details of how undercover agents foiled a plot to assassinate Theresa May, as it prepares to unveil new laws authorising agents to carry out ‘necessary and proportionate’ offences

The plot to assassinate Theresa May was uncovered by the FBI and MI5 after an agent posed as an ISIS leader online in order to find out Rahman’s plans.

Naa’imur Rahman, from north , wanted to set off a bomb in Whitehall before launching a ‘full frontal assault’ on Number 10 to try and kill the Prime Minister.

Footage shows the jihadi strolling around Whitehall – just yards from where Westminster attacker Khalid Masood struck – as he planned his atrocity.

He was jailed for life in August 2018, Justice Haddon-Cave ordered him to serve a minimum of 30 years in prison.

Upon sentencing, the judge told Rahman: ‘You will have plenty of time to study the Qur’an in prison in the years to come. You should understand that the Qur’an is a book of peace; Islam is a religion of peace.’

Rahman was caught out online after undercover agents posed as an ISIS leader online to find out his plans.

He was jailed for life in August 2018, to serve a minimum of 30 years in prison.

Under new laws expected to be unveiled this week, organisations such as MI5 will be able to authorise agents to carry out ‘necessary and proportionate’ offences.

According to  it follows a long battle over the Security Service guidelines and how legal it is to allow agents to break the law.

Last year, the policy was ruled as lawful under the Security Service Act, but members at the Investigatory Powers Tribunal were split on the decision.

The Government now want to make sure the Security Service has the protection it needs for undercover missions.

The law is expected to create a legal framework to authorise crime by agents, including those from the MI5, working on covert missions.

It will not limit the types of crimes an operative can commit, but it is not known how far the protection will cover.

Ken McCallum, the director general of MI5, told the Daily Telegraph: “In some situations, it is both necessary and proportionate to authorise agents to be involved in some managed level of criminal activity, in order to win or maintain the trust of those intent on harming the UK and gain the critical information needed to save lives.

‘This power, carefully used and independently overseen, is vital so we can continue to meet our duty to keep the public safe.’ 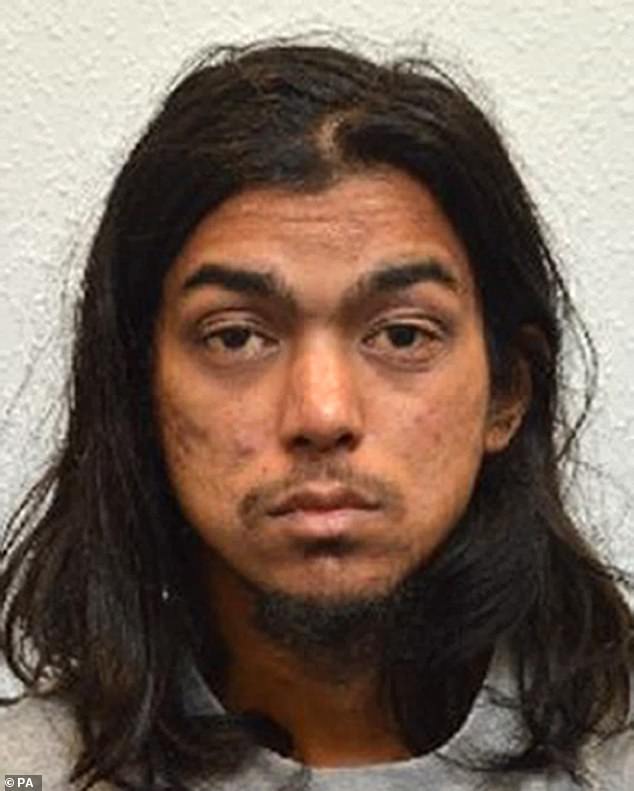 Theresa May was at the centre of a murder plot by Naa’imur Zakariyah Rahman (pictured), who was jailed for life in 2018 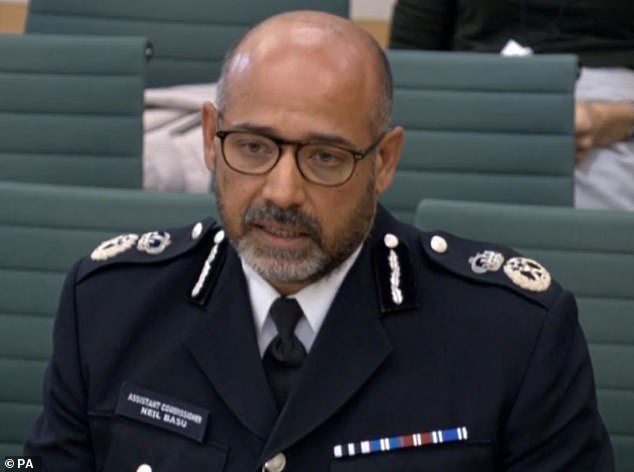 This comes as the UK’s head of counter-terrorism policing warned teenagers as young as 13 are starting to talk about committing terror attacks.

This was particularly describing a ‘dramatic’ rise in the number of right-wing cases he said when speaking to the Commons Home Affairs Committee on Wednesday.

Mr Basu said: ‘What I am seeing, particularly in the right-wing terrorism space – and this is anecdotal so it is not academic – but is an increase in lots of young people being attracted to this.

‘We are seeing people as young as 13 starting to talk about committing terrorist attacks.’

He said social media has been a strong influence, particularly during the coronavirus lockdown when there was ‘no other form of distraction or protective factor’.

He predicted a 30% rise in the threat since 2017 is ‘still there’ and ‘sustained at that very high level’.

Most terrorists are 30 or younger and male, he said, but added: ‘What has been disturbing is the number that are becoming much younger.

‘It’s still small, if I showed you the figures you would go ‘well that’s not much’. But the worrying thing is the trajectory is downwards in age terms.’

Mr Basu told the committee the casework for right-wing terrorism had risen from 6% in 2016 to 10%, while the majority continues to be Islamist.

Last year he characterised it as the fastest growing terror threat. 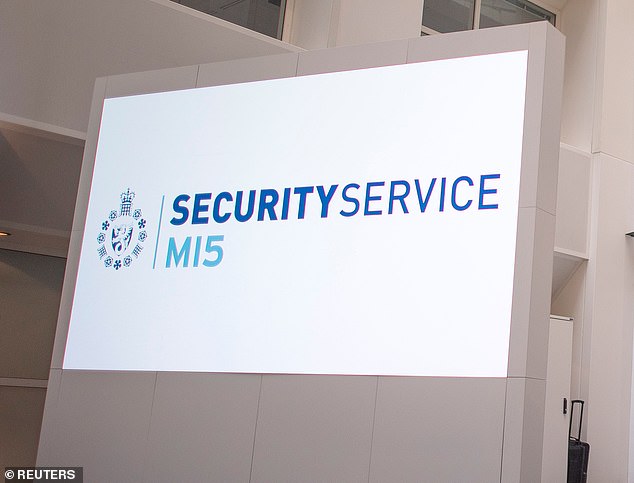 The law is expected to create a legal framework to authorise crime by agents, including those from the MI5, working on covert missions

Police and security services have started to look more at the right-wing threat, he said, adding: ‘A near doubling of that threat since 2016 does worry me.’

In June, 19% of the 243 terrorist prisoners in Great Britain were categorised as holding far right-wing ideologies, a rise of four percentage points in a year, according to Home Office figures.

The proportion of prisoners holding right-wing ideologies has risen ‘steadily’ over the last three years, up from 33 to a record of 45 in the latest year, after just six were recorded in 2013.

He expressed his concerns about the rise in extremism generally.

Mr Basu said: ‘My biggest concern at the moment is where extremism affects malleable, vulnerable people, of all kinds, age groups and societal backgrounds.

‘The amplification of extremism and its ability to incite a vulnerable section of the population towards terrorism is probably my greatest single fear.’

He said Covid-19 had ‘amplified the problem’.