Rhondda Cynon Taf will be placed under a local lockdown from 6pm on Thursday following an increase of  cases, the Welsh Government has announced.

Residents of the South Wales region will be banned from meeting households indoors, travelling outside of the council area and face masks must be worn in shops.

The local authority area’s incidence rate hit 82.1 per 100,000 people over the past seven days.

The increase goes well above the infection rate of 50 per 100,000 people marked as the threshold that saw nearby Caerphilly go under local lockdown on September 8.

Health minister Vaughan Gething said: ‘We have seen a rapid rise in cases in Rhondda Cynon Taf in a very short space of time, linked to people socialising indoors and not following social distancing guidelines. 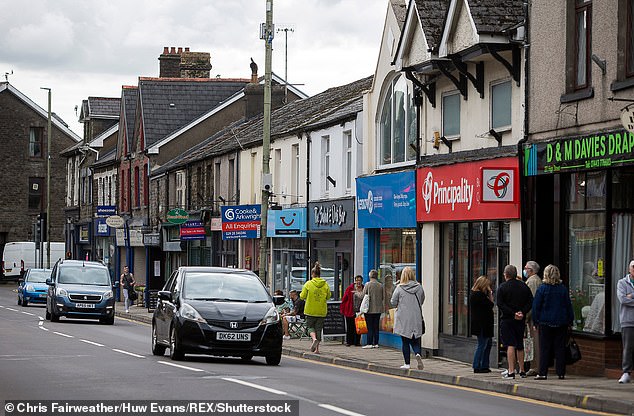 Rhondda Cynon Taf will be placed under a local lockdown from 6pm on Thursday following an increase of coronavirus cases, the Welsh Government has announced. Treorchy is pictured

‘We now have evidence of wider community transmission in the borough, which means we need to take urgent action to control and, ultimately, reduce the spread of the virus and protect people’s health.’

New rules being imposed on Rhondda Cynon Taf, which stretches from Cardiff to the Brecon Beacons, will mean residents can no longer meet other households indoors or have overnight stays.

As in Caerphilly, no one will be allowed to leave the area without a ‘reasonable excuse’, which includes work.

Everyone aged over 11 must wear a face mask in shops, with an 11pm curfew coming into place on pubs and other licensed premises. 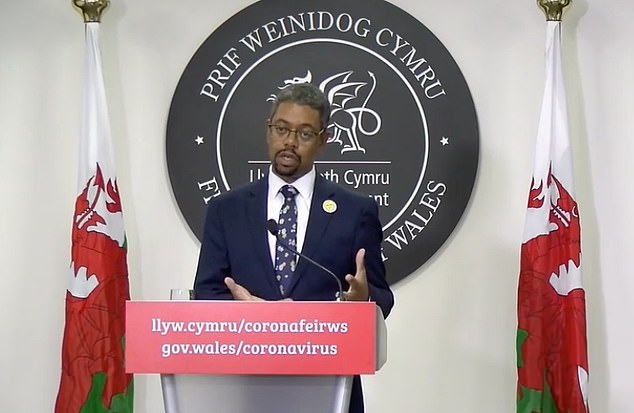 The Welsh Government said the new restrictions would apply to everyone living in the Rhondda Cynon Taf area.

Andrew RT Davies, shadow health minister for the Welsh Conservatives, said the announcement of a local lockdown in Rhondda Cynon Taf (RCT) had been ‘on the cards’.

‘Any local lockdown should, however, be for as short a time as possible,’ Mr Davies said.

‘Every effort must be made to avoid a similar situation occurring in other parts of Wales, which includes by learning from these two local lockdowns, and I see that there are some differences between them. 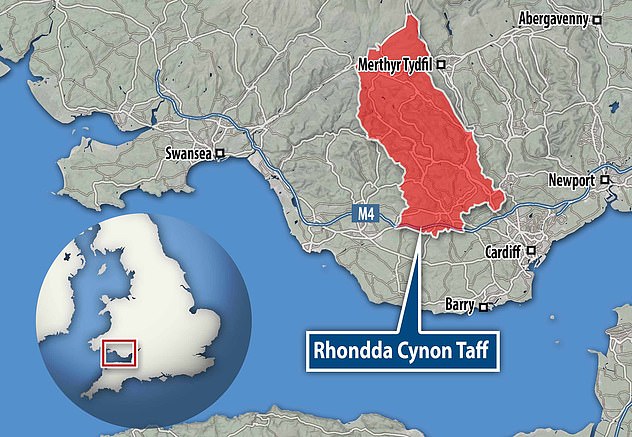 ‘In RCT, licensed premises have to close by 11pm, but this wasn’t imposed in Caerphilly.

‘The Health Minister must explain the rationale behind this and give guidance across Wales to prevent other lockdowns.’

They follow a ‘rapid increase’ in the number of Covid-19 cases, which have been linked to people meeting indoors, not following social distancing guidelines and returning from holidays abroad, it said.

Further measures will be considered by the Welsh Government, working with Rhondda Cynon Taf Council and Public Health Wales, if cases do not fall. 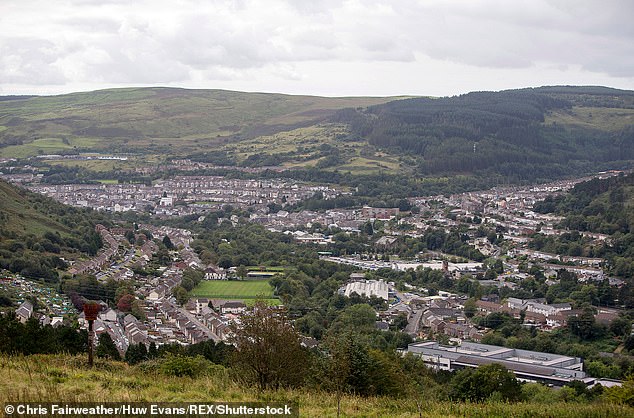 Further measures will be considered by the Welsh Government, working with Rhondda Cynon Taf Council and Public Health Wales, if cases do not fall

The covid cluster sending 240,000 people into lockdown has locally been blamed on two pubs, a rugby club and a day out at the races where health officials identified infection hotspots.

The De Winton pub in Tonypandy and the Players Sports Bar in Pontypridd had recently been closed by health officials.

Another cluster was reported at Penygraig rugby club and a fourth during a club outing to the Doncaster races, stopping off at a series of pubs on the way.

Health minister Vaughan Gethin said: ‘Our contact tracing teams have been able to trace about half of these cases back to a series of clusters within the borough. The rest are evidence of community transmission.’ 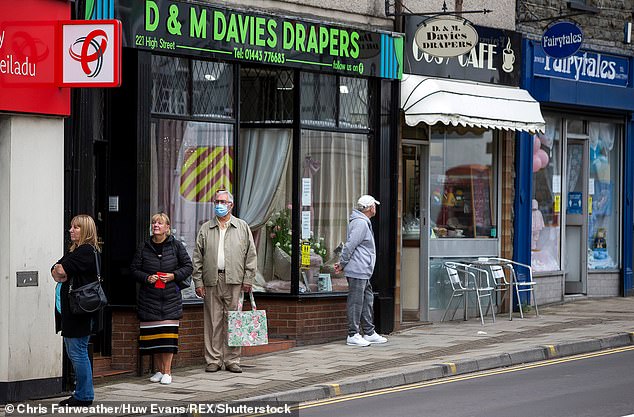 Andrew RT Davies, shadow health minister for the Welsh Conservatives, said the announcement of a local lockdown in Rhondda Cynon Taf (RCT) had been ‘on the cards’

Schools in the area – which have seen the most Covid-19 cases in schools across Wales – are expected to remain open along with premises like pubs and shops.

The council, along with Merthyr Tydfil council, had previously issued tougher ‘voluntary’ restrictions for residents in its area in a bid to prevent the need for a full local lockdown.

Welsh Government health minister Vaughan Gething said that the new restrictions would last until October ‘at the very least’.

It is understood these restrictions will be formally reviewed in two weeks time.

Shopper Val Lewis, 54, said: ‘It is gutting but not surprising. People have been breaking the rules.’

Leicester, Blackburn and Bolton: Local lockdowns are now across UK

June 29 – Leicester receives the first full lockdown, to be reviewed on 24 September.

August 22 – Oldham, Pendle and Blackburn are given tighter restrictions.

Sept 2 – West Dunbartonshire, Glasgow City, East Renfrewshire in Scotland are put under lockdown, with a review on Sept 22.

Sept 8 – Renfrewshire and East Dunbartonshire are added to the West Scotland regions under tighter restrictions, with a review on Sept 22.

Sept 8 – Caerphilly Borough Council in south Wales goes into full local lockdown, with no one allowed to leave the council area.

Sept 8 – Bolton is placed back under lockdown, with hospitality venues forced to close to customers at 10pm.

British jihadists trapped in Syria face 10 years behind bars on their return
Donald Trump's daughter Tiffany bought £500,000 diamond 'friendship' bracelet from Knightsbridge
French daredevil blasts off in attempt to cross the Channel on his home-made 120mph HOVERBOARD
4K images of the Titanic shipwreck reveal a 'partial collapse of hull'
AMANDA PLATELL: It's hard to forget Boris Johnson's philandering
EVERY football game in England 'WILL be held behind closed doors with NO games to be shown in pubs'
UK's first covid-secure beauty salon gives a look inside
Britain announces 186 more Covid-19 deaths