The two owners of a popular riverboat were arrested and the captain was issued a summons on Saturday after they hosted an event with more than 170 guests in violation of lockdown orders.

The two men are accused of violating social distancing guidelines as well as operating an unlicensed bar and bottle club, according to . 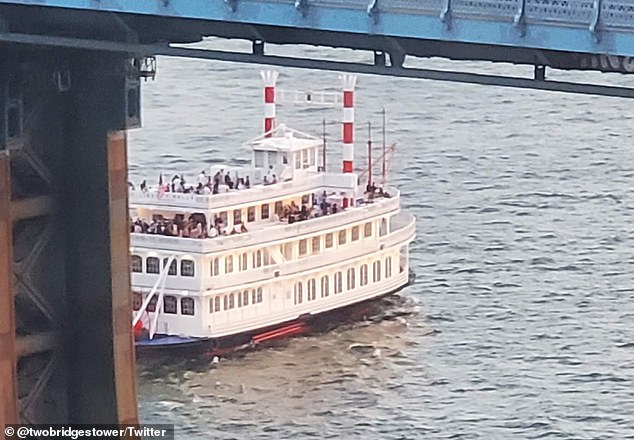 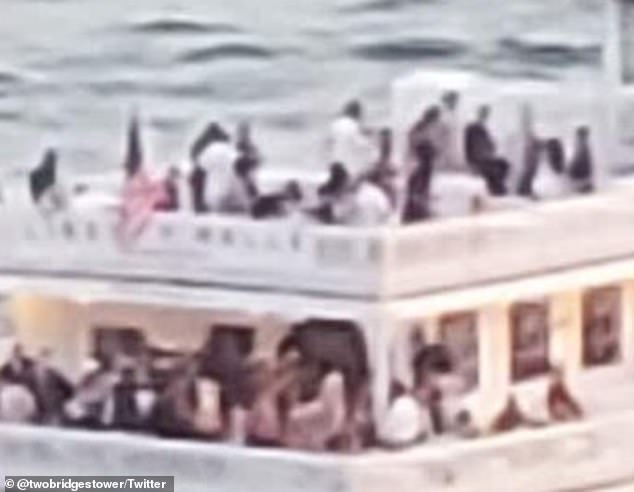 The two owners of a popular New York City riverboat were arrested and the captain was issued a summons on Saturday after they hosted an event with more than 170 guests in violation of COVID-19 lockdown orders. Revellers are seen close together on the party boat 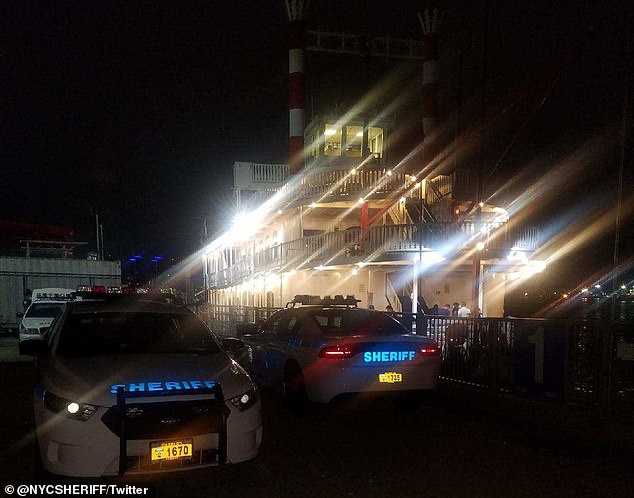 New York City Sheriff’s deputies boarded the boat after it returned to Pier 36 on Manhattan’s Lower East Side and arrested its two owners. The captain of the ship was given a summons

Empire Cruises, which operates Liberty Belle, put out a brief statements on its web site which read: ‘Due to the COVID-19 outbreak and the Emergency Executive Order by the City of New York, as of March 16, 2020, we have been forced to cease our operations until further notice.’

Vargas is a resident of East New York, Brooklyn, and Suazo lives in Floral Park, Long Island, according to the .

‘I don’t know what happened – he just called me and said he got in trouble,’ Vargas’ mother told the News.

Law enforcement officials received complaints from locals who noticed large crowds on the ship that was hosting a 1920s-themed party as it left Pier 36 on the Lower East Side of Manhattan at around 8:30pm on Saturday.

Sheriff’s deputies boarded the ship and made the arrests after it returned to the pier at around 11:30pm on Saturday.

Trever Holland, a Manhattan resident, snapped a photo of the Liberty Belle after noticing large crowds gathered on deck.

Holland was stunned to notice that none of those photographed on the ship were observing social distancing measures or wearing masks.

Holland posted the photo of the boat on Twitter, which got the attention of Manhattan Borough President Gale Brewer.

Brewer then alerted the sheriff’s department, which made the arrests. 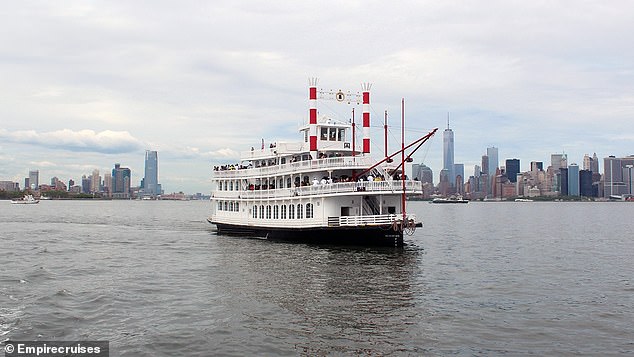 The above image shows a stock photo of the Liberty Belle, a four-story riverboat that can hold 600 guests 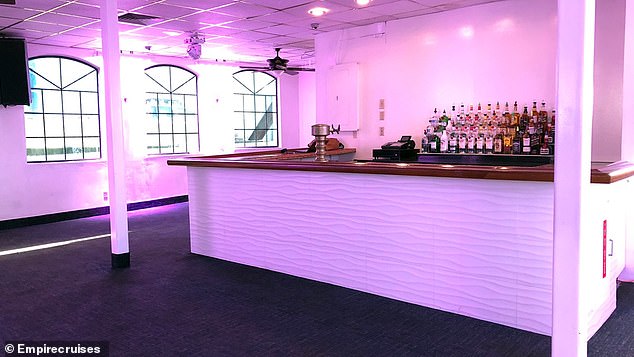 ‘I want the business in New York to do well,’ Brewer said.

New York City entered the fourth and final phase of its reopening last month, though some lockdown measures remain in place.

Boats are required to allow only the number of people that would enable them to maintain a distance of six feet from each other.

‘No more than the maximum number of people who can safely maintain an appropriate social distance of six feet, inclusive of both crew and passengers, unless all are members of the same household,’ New York State law says.

‘If such distance cannot be maintained, acceptable face coverings must be worn at all times by all individuals on the vessel.’

Bars and restaurants in New York City were finally allowed to offer outdoor service on June 22 after an excruciating, 14-week closure that crippled the economy and put many out of business.

Indoor dining is indefinitely postponed, due in part to the huge surge in cases being seen in other states where it was allowed to resume.

Many bars and restaurants had been offering take-out throughout the pandemic which created a problem of people gathering in streets with drinks. 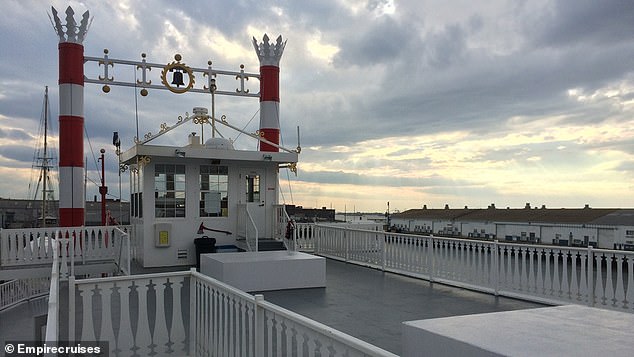 As a result, Cuomo tightened the rules. Now, anyone who sits down at an outdoor bar or restaurant must order food with their alcohol drinks.

While many have adhered to the rules strictly, others have flouted them.

The White Horse Tavern in the West Village had its liquor license suspended for repeatedly violating social distancing rules.

Others, like Lola Taverna in Soho, have been the subject of complaints from New Yorkers.

In recent weeks, a worrying number of ‘mask-free pandemic parties’ popped up all over the city.

New York, which was the epicenter of the pandemic when it began in the spring, has contained the virus recently even as it surges in other parts of the country.

The state recorded three new deaths on Saturday and 556 people hospitalized, a decrease of 25 patients from the previous day.

MH370 may have been introduced down by a stowaway who snuck on board, claims aviation knowledgeable
Police work to cease overdoses after 76 fall sick in Connecticut
Florida mom gets death threats over video of her dunking son in toilet
Billy Bush mourns his uncle in SNEAKERS at the Capitol in tribute to George H.W. Bush
Woman shares how she transformed a cupboard into a stunning stationery nook
Lonely Planet's top 10 places to visit in Europe in 2019
Prince Harry and Meghan Markle share an unseen picture of Archie
Soul singer Betty Wright, best known her hit Clean Up Woman, dies at 66