Musician and producer Frank Ocean’s younger brother, Ryan Breaux, is reported to have died in a car crash in early Sunday.

Two people died in a single-car collision in Thousand Oaks, California, just about 1.30am, according to .

Although neither the news network nor authorities have named the people who died, influencer  reported that the victims were Ocean’s 18-year-old brother, Breaux, and Breaux’s friend, Zeek. 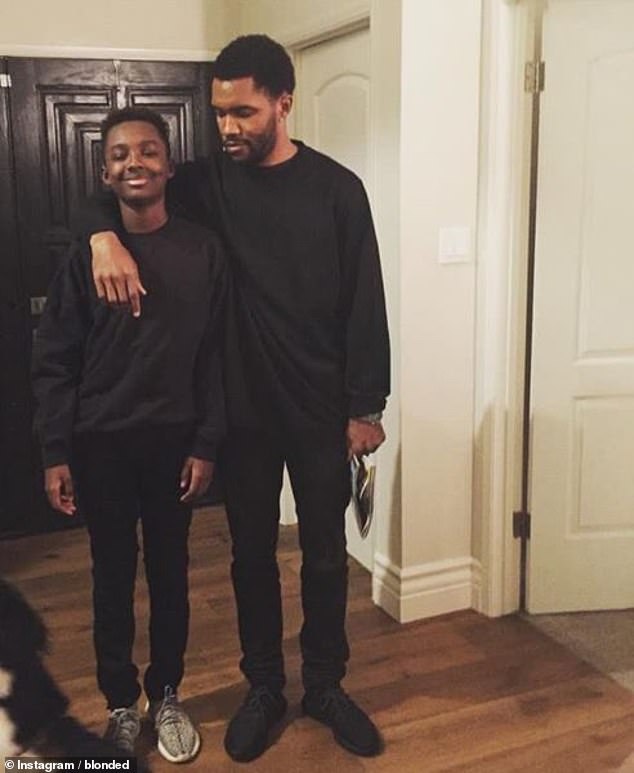 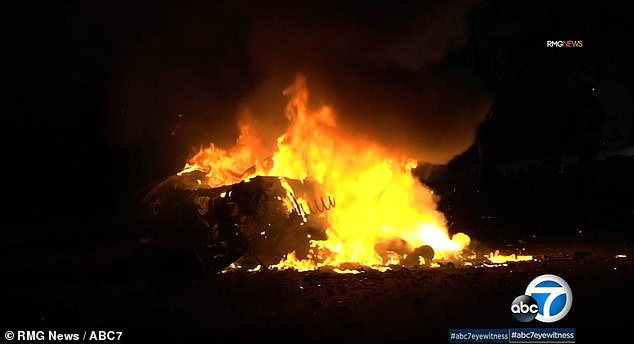 The car was said to have gone off the road and then hit a tree in the median before catching fire (pictured). The impact was hard enough to have ripped the car in half

Friends have been leaving messages of condolences on Breaux’s last social media posts as well as posting remembrances on their own accounts.

According to the initial investigation, the car they were traveling in appeared to have gone off the road and then collided with a tree in the center median, striking it with enough force to rip the car in half, ABC 7 said.

The car was in flames when Ventura County sheriff’s deputies arrived at the scene.

The Ventura County Fire Department pronounced both people inside the car dead at the scene.

Authorities are still investigating the cause of the crash. 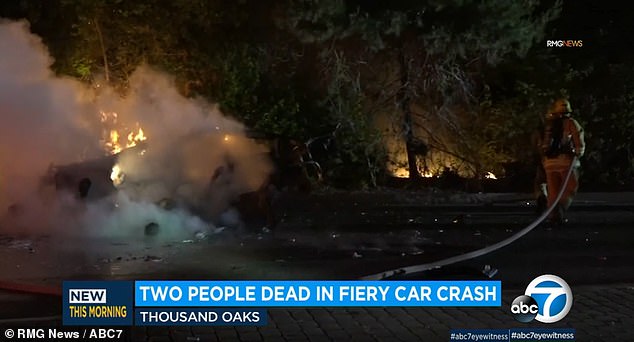 Authorities have not identified the two victims of the car crash which occurred at about 1.30am Sunday in Thousand Oaks, California 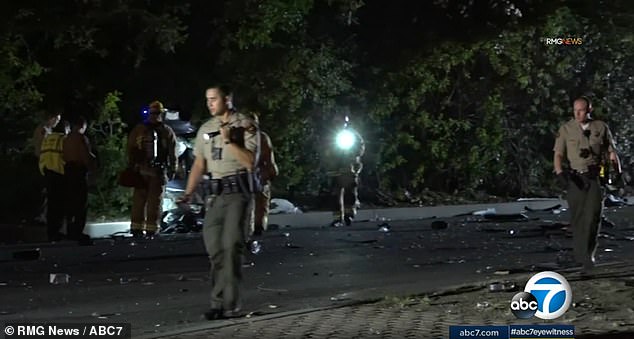 Authorities said that speed may have been a factor in the single-car collision. Police are pictured at the scene of the car crash Sunday 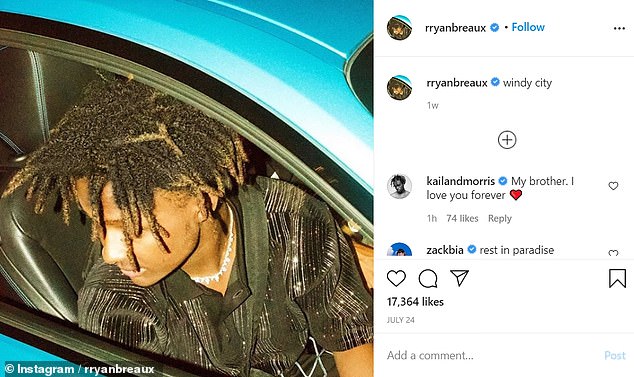 Friends have been leaving condolences messages on Breaux’s final Instagram image (pictured), as well as on his last tweet

Breaux’s most recent tweet was posted on August 1. People have responded to the tweet with condolences and RIP messages 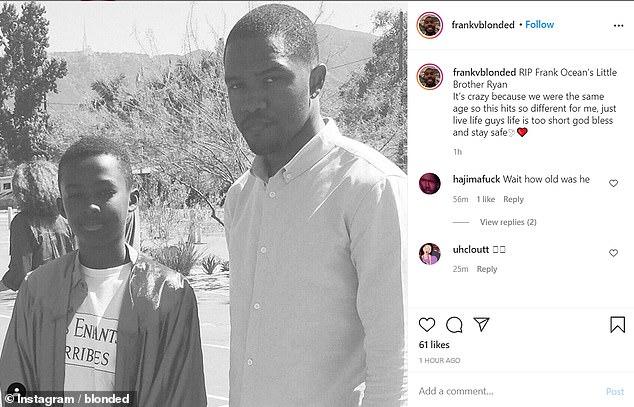 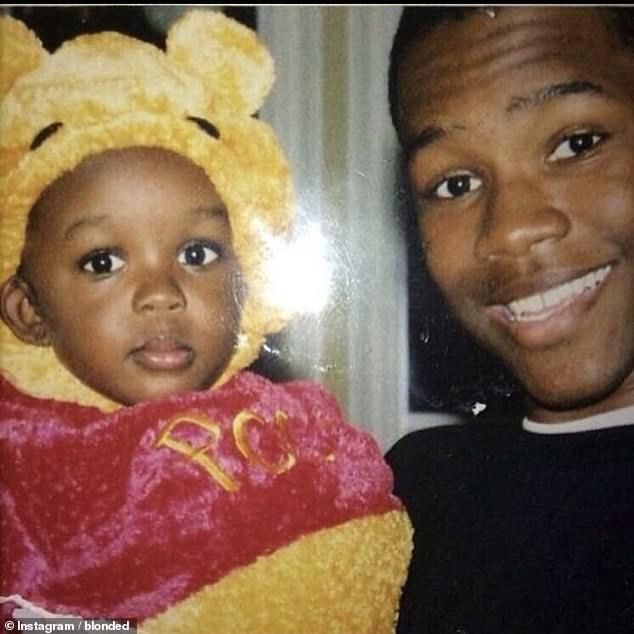 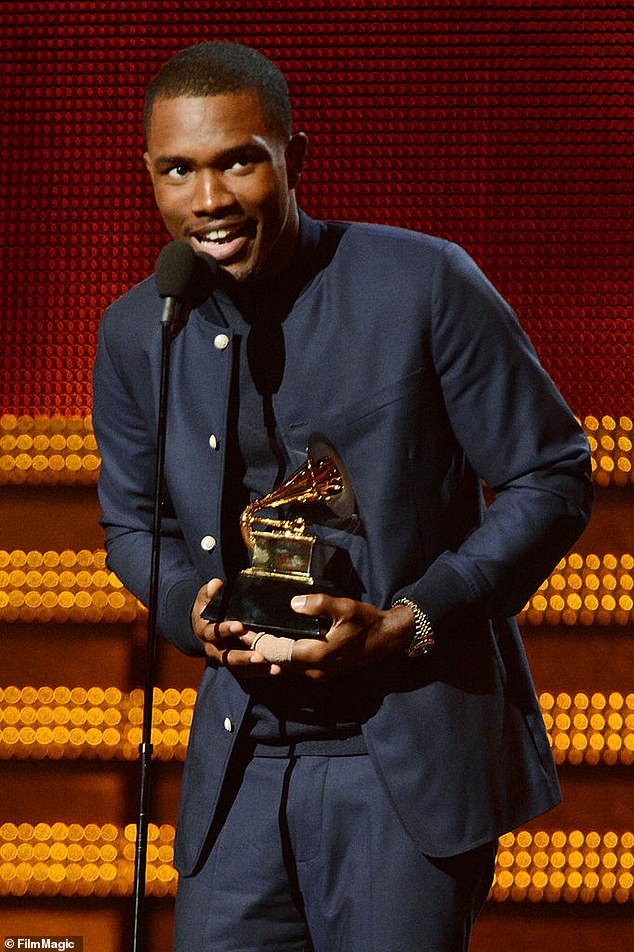 Ventura County sheriff’s Deputy Wendell Campbell has speculated that speed might’ve been involved in the crash, however.

‘The speed limit is north of 45 mph,’ Campbell told , noting that the location where the accident occurred is ‘a nice big stretch of road, so sometimes people do pick up speed.’

Breaux’s last tweet was posted on August 1, reading ‘only doing entanglements in 2020.’

His last Instagram photo was a shot of him inside a car, dated July 24, with the caption ‘windy city.’

Ocean – born Christopher Edwin Breaux – has not confirmed or commented on Breaux’s reported death yet.

Breaux’s voice can be heard in an interview that appears at the end of the track Futura Free on Ocean’s 2016 Blond album.

Police are asking that anyone who has information about the car accident call Senior Deputy Dan Ambarian at 805-494-8245.

'Fast and Furious' Tesla driver is charged with dangerous driving
Trump calls Stormy Daniels 'Horseface' and she mocks his manhood
Stephen Miller says government will shut down if wall not funded as Trump tweets new threat
Five new secure units for autistic patients set to open in the UK... despite pledge to close them
Marvel reveals 32 new Avengers: Endgame posters
Chemistry teacher who set student on fire during experiment insists she performed it 'appropriately'
Spirited debate erupts on Twitter after New Yorkers are asked which seat on the subway is the best
Gross TikTok video shows Wendy's employee taking a bath in the kitchen sink of a Michigan restaurant