A pair of sisters from Nebraska who became separated shortly after one of them was born have been brought back together again, all because of the .

Doris Crippen, 73, and her sister who is 20 years her junior, Bev Boro, lost contact with each other when Bev was just a baby.

The pair came across one another after Crippen suddenly fell ill with the virus. 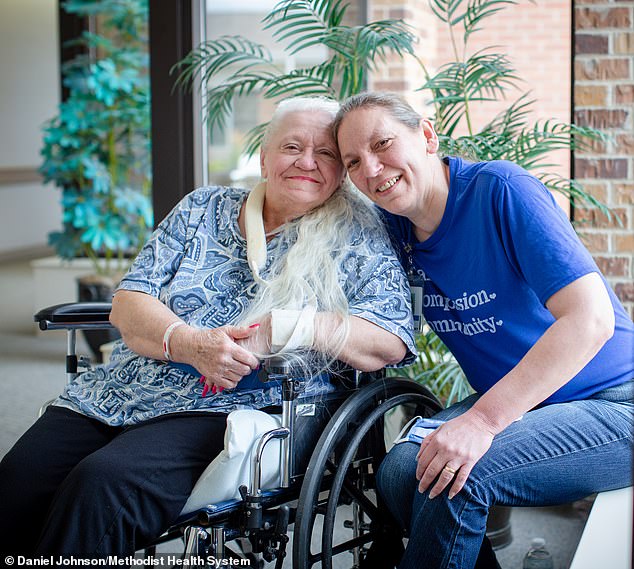 Two siblings, Doris Crippen, 73, left and her half-sister, Bev Boro, 53, have reunited after 53 years apart at a rehabilitation center in Nebraska after Crippen caught coronavirus 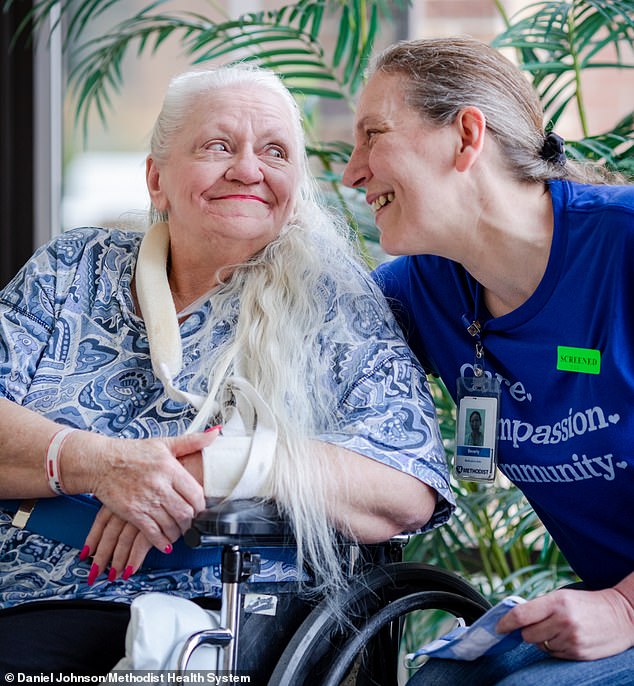 While one long-lost sister, Crippen, left,  was undergoing treated for coronavirus and a broken arm, the other, Boro, right, worked as a medical aide at a rehab center and reunited by chance

She had developed flu-like symptoms and became so weak that she ended up falling and breaking her arm.

Crippen ended up having to go to hospital to be treated and it was there she was diagnosed with COVID-19.

After a 30-day stay in the hospital she had to undergo a period of rehab on her arm at Fremont Methodist Health’s Dunklau Garden where Boro, 53, worked as a medication aide and had done so for the past 22 years.

Boro saw the name Crippen on a board listing patients and immediately knew that it had to be a relation. 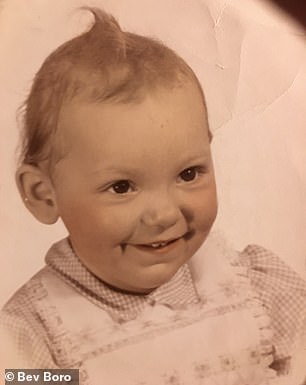 Bev Boro as a baby. The last time Crippen saw her sister was when Boro was six months old

‘I couldn’t believe it,’ Boro said at a news conference. ‘I thought, ‘Oh my God, I think this is my sister.”

Crippen had lived with her mother, but Boro and four of their 14 siblings had been separated by the state and put up for adoption when she was just 6 months old. It was the last time the pair had been in each other’s presence.

Although the two women have different mothers they have the same father.

Not knowing for certain, Boro decided to take a chance and went into the room where Crippen was being treated.

Crippen is hard of hearing and so Boro took a white board in with her and wrote down the name of their father.

Crippen confirmed that it was her father also.

‘I about fell out of my chair and I just burst into tears,’ Crippen said. ‘It was just a happy feeling to find my sister. It’s been 53 years since she was a baby and I held her.’ 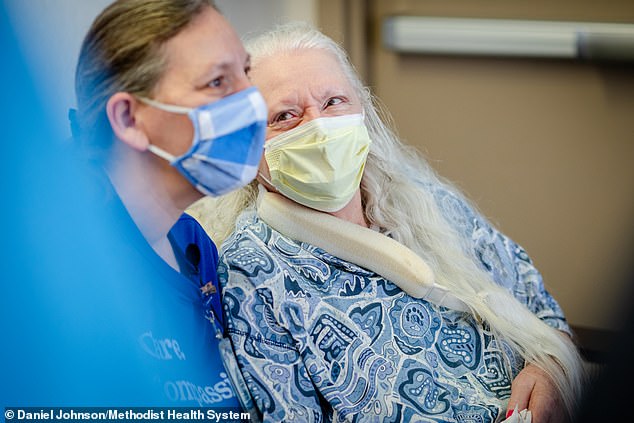 Bev Boro, 53, noticed her sister’s name on a patient board, Doris Crippen, 73

‘It’s amazing … really overwhelming, after so many years,’ Crippen said. ‘I never thought I’d find her again. I couldn’t sleep that night; I was just so happy.’

‘I am the happiest person in the world,’ Crippen said. ‘I cannot believe I finally found my sister.’

In the more than half-century that had passed Crippen had tried many time to find her brothers and sisters but had failed.

Boro, however, had managed to track down and reunite with most of their lost siblings with whom Crippen will now also be able to reconnect with decades on. 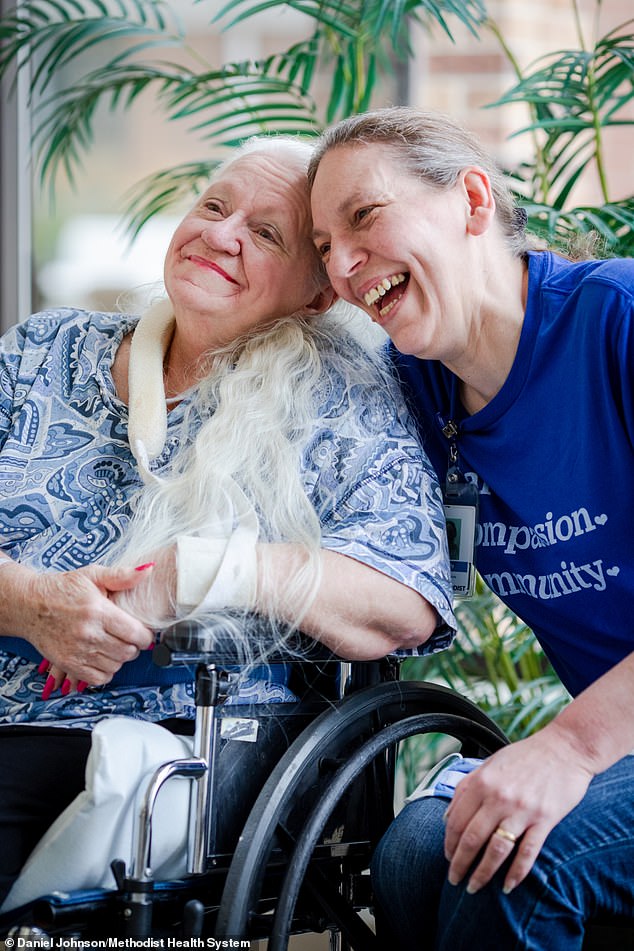 The sisters had not seen each other since the younger one, who is now 53, was a baby, although both say they had searched for one another. They plan to reunite with other siblings

The entire group are now trying to plan a family reunion.

Boro has three children and five grandchildren of her own and said she is looking forward to introducing her long-lost sister to her family.

‘I can’t wait to meet my sister’s kids and grandkids,’ said Crippen, who also has three children and 16 grandchildren.

‘It was the Lord’s blessing that I got sent here, to the rehab center, because if I hadn’t been sent here, I wouldn’t have found her,’ Crippen said.

‘I tear up every time I hear the story,’ said Jayma Brown, director of nursing at Dunklau Gardens to the . ‘In the height of the pandemic, it’s just an amazing story.’