Zoe Hardman has emotionally revealed that going through the menopause at the age of 37 has ‘pushed her sanity to the brink’.

The TV presenter spoke about how it trapped her in a severe depression and caused her sex drive to slump.

In a candid chat with , Zoe said: ‘Some very dark, uncontrollable thoughts were going through my head and I thought that I wasn’t going to make it through this. I felt so low that without any help I didn’t know how I’d get past it.’ 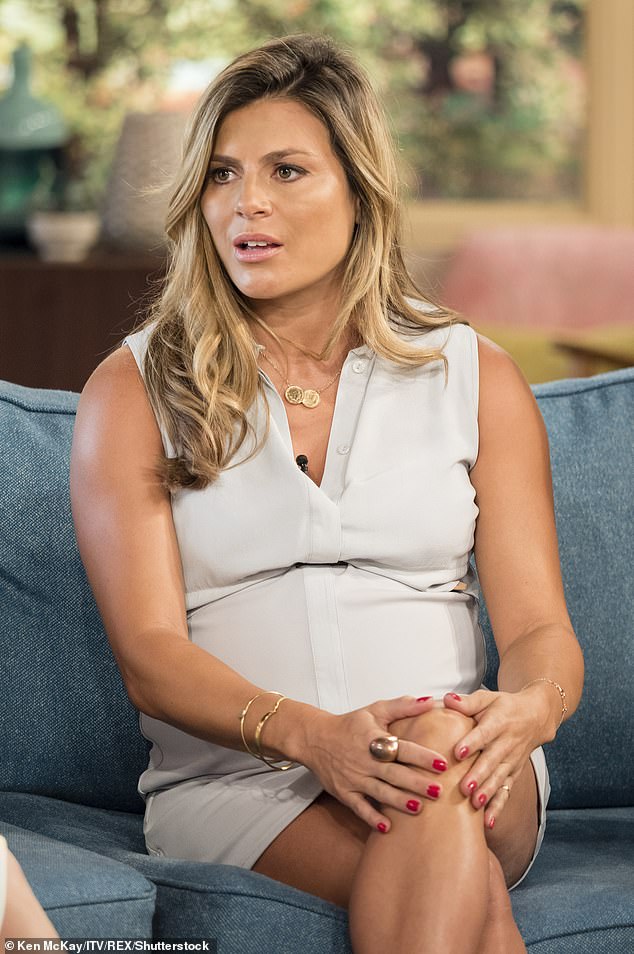 Candid: Zoe Hardman has emotionally revealed that going through the menopause at the age of 37 has ‘pushed her sanity to the brink’

She said she began experiencing menopausal symptoms towards the end of last year after developing the hereditary condition, which her sister, mother and grandmother have also faced.

Zoe revealed that the confusing experience left her in constant ‘waves of tears’, as she credits her husband Paul Doran-Jones, 35, for ‘picking her up off the floor’, when she was struggling with the condition.

She told the publication: ‘We think of menopause as happening to 50-year-old women, so when it happens early, it hits you like a train.

‘My skin became very dry and I had dandruff for the first time in my life. I was having hot flushes and suffering from hair loss and vaginal dryness. The pain during sex wasn’t going away and I was getting severe aching in my right ovary.’ 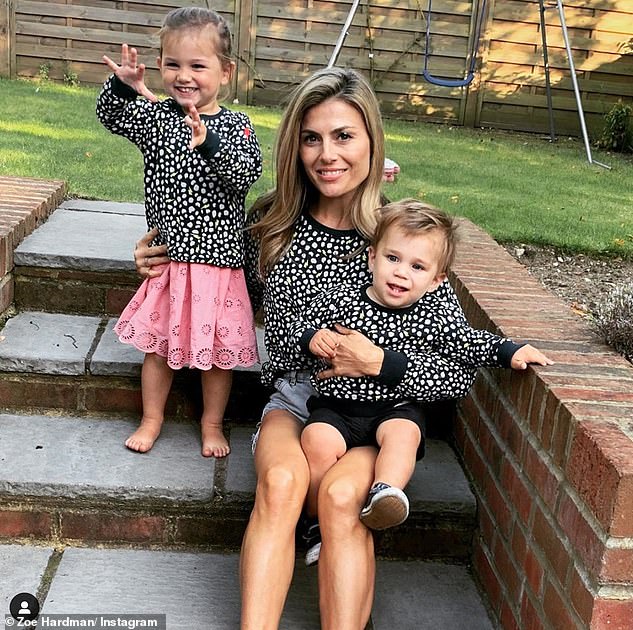 Opening up: Zoe, who is mum to Luna, three, and Kit, two detailed how the condition trapped her in a severe depression

She added that losing one of her close friends Caroline Flack in February this year only made her depression worse. The Love Island host tragically took her own life aged 40.

On Thursday, Zoe took to Instagram as she shared an image of her upcoming Fabulous magazine cover and penned an impassioned caption about her ordeal.

The star admitted that she wanted to be ‘brave’, in the hope of ‘normalising’ the condition and helping other women who are also experiencing it.

Zoe, who is mum to Luna, three, and Kit, two, wrote: ‘It’s time for me to be brave. It’s time to talk about early menopause. 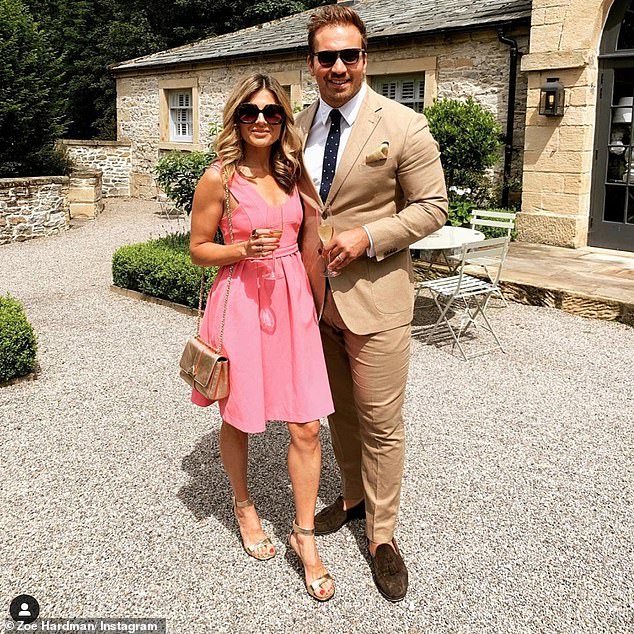 Supportive: Zoe revealed that the experience left her in constant ‘waves of tears’, as she credits her husband Paul Doran-Jones, 35, for ‘picking her up off the floor’, when she was struggling with the condition

‘2020 has chucked some really challenging things at me, but this one is at the top of the list. Before I had my children, my wonderful sister very sadly went through premature ovarian failure at 34. We knew it was hereditary as both my mum and grandma went through it at 40.’

Detailing her symptoms, she wrote: ‘Towards the end of last year I started to experience some pretty horrible symptoms; hot flushes, night sweats, dizziness, headaches & a whole host of other issues.’

Zoe explained that her husband Paul, who she married in 2017, has been her rock throughout and picked her up when she was feeling down.

She said: ‘In January of this year I was so low I didn’t know what to do…the waves of tears just wouldn’t go away…my amazing husband was instrumental in me getting the help I needed and picking me up off the floor every day.

‘This Sunday, in the brilliant you can read my full interview on what happened & how I am today. Menopause is NOTHING to be ashamed about, or embarrassed by…the more we talk, the more we normalise it & raise awareness that it can happen earlier than we think sometimes.’

Signing off, she said: ‘But together as women we can support each other through this time in our lives, whenever that may be. Big love, Zo xx.’

WHAT IS PREMATURE MENOPAUSE?