The UK has had to adhere to rules on state aid during its membership of the bloc.

But once the transition period finishes at the end of this year Britain will be free to set its own policy on subsidising private companies.

Regaining the ability to act unilaterally on state aid is viewed by many in the Government as one of the leading benefits of splitting from Brussels.

Number 10 is thought to want to keep the powers for the UK Government to exercise but the Scottish and Welsh administrations believe they must be devolved.

The Government is expected to set out its proposed way forward in the coming months, with a major constitutional row now viewed as increasingly likely. 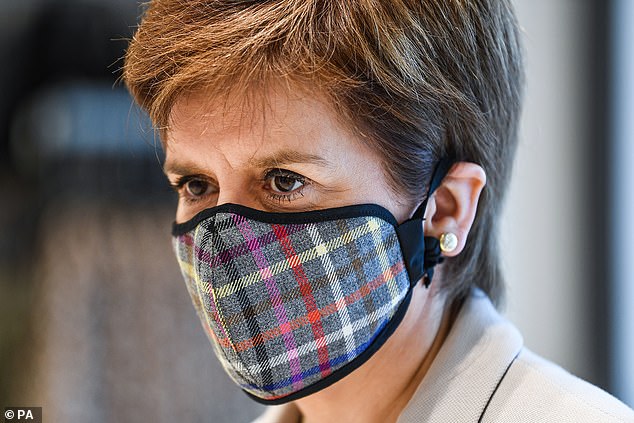 Ms Sturgeon warned if decision-making powers over state aid were reserved to Westminster it would be a ‘blatant move to erode the powers of the Scottish Parliament’.

She shared a Financial Times report that suggested the UK Government does want to control state aid policy at the end of the Brexit transition period.

She tweeted: ‘Make no mistake, this would be a full-scale assault on devolution – a blatant move to erode the powers of the Scottish Parliament in key areas.

‘If the Tories want to further boost support for independence, this is the way to do it.’

Ms Sturgeon has called for a referendum on Scottish independence to take place before the end of this year.

A Panelbase poll published last week put support for a ‘Yes’ vote in an independence referendum at 54 per cent and support for ‘No’ at 46 per cent.

Mr Johnson’s Government is expected to bring forward legislation to the House of Commons in the autumn which will detail its approach to state aid.

Current EU rules on state aid are designed to stop member states from subsidising private firms or sectors of the economy in such a way as could give them an unfair advantage over their competitors in other European nations. 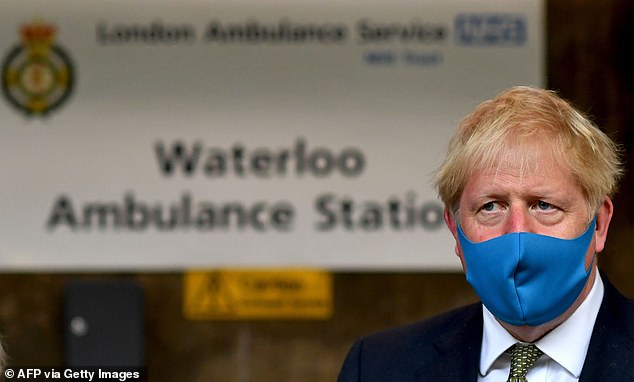 Ms Sturgeon wants a referendum on Scottish independence to be held this year but Mr Johnson has refused to give permission for a second ballot.

Critics argue that the EU rules have restricted the UK’s ability to intervene when important domestic industries have struggled.

In a letter to Cabinet Office minister Michael Gove, Mr Russell said he is concerned about proposals for an external body that would ‘test’ whether a bill in Holyrood affected the UK’s internal market and plans for a ‘mutual recognition regime’, which he said could lower regulatory standards beyond what the Scottish Parliament found acceptable.

In response, Mr Gove accused him of trying to ‘confect’ a political row.