President said Thursday night the U.S. was ready to intervene to stop the self-proclaimed autonamous zone in Seattle as he threatened federal action to quell urban violence.

Trump made the comment to Fox News host Sean Hannity in a call-in interview Thursday night, where he said said of the government: ‘We were going in, we were going in very soon.’

His threat came weeks after clashes with mayors amid nationwide protests over the police violence and the death of , when Trump said he would send in the national guard even to governors who did not request it.

He also referenced a recent murder inside the Capitol Hill Organized Protest, a self-proclaimed autonamous zone inside a several-block area of Seattle. 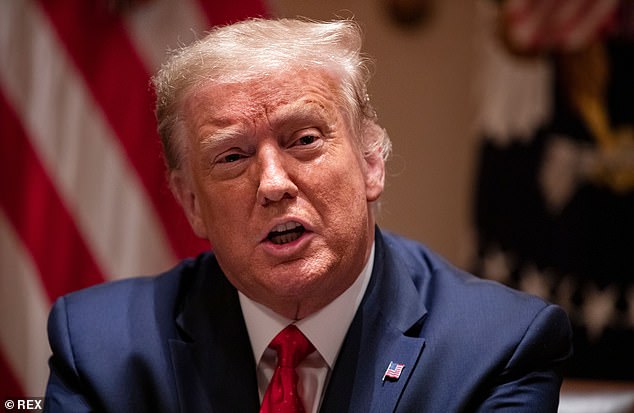 ‘We’re going to go in there,’ Trump said after talking about the self-proclaimed autonamous zone in Seattle

‘We were going in, we were going in very soon, we let them know that. And they, all of a sudden, they didn’t want that. So they went in before we got there,’ Trump said.

‘We were all set to go into Seattle,’ Trump told the host. ‘Frankly, I looked forward to it.’

Trump also retweeted a post about ‘law and order’ with a more general vow to use federal power. ‘Get it done or the Federal Government will come in and get it done for you!’ Trump tweeted Friday morning.

He was retweeting a post that featured chilling video of a murder on a New York City street posted by former NYPD commissioner Bernard Kerik, who Trump pardoned following his 2010 conviction for tax fraud and other charges.

Trump also told cities to solve violent crime or threatened the federal government ‘will come in and get it done for you!’ 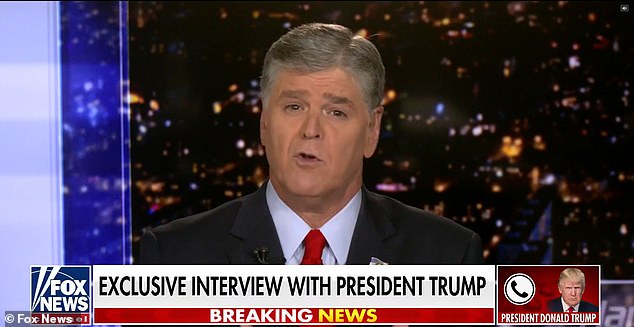 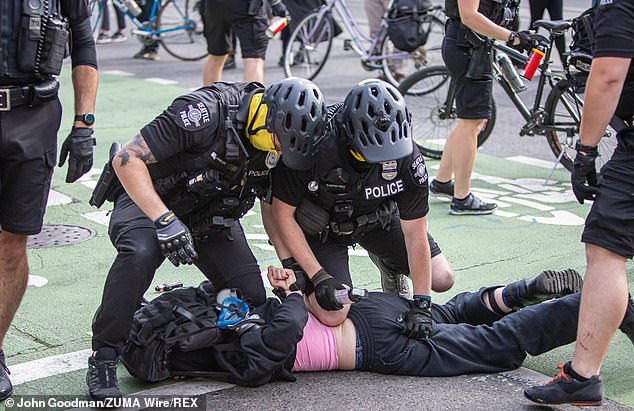 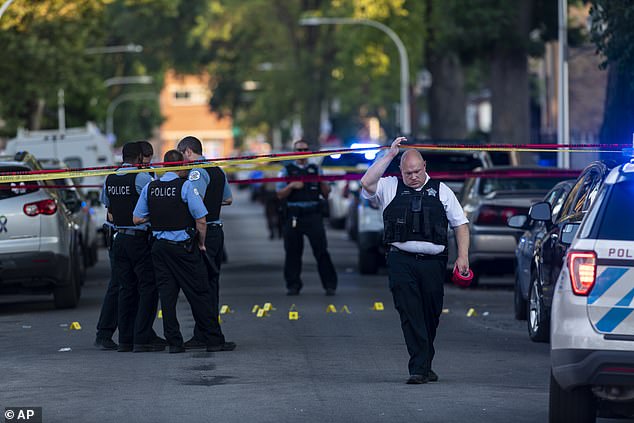 Chicago police officers investigate the scene of a deadly shooting where a 7-year-old girl and a man were fatally shot in Chicago on Sunday, July 5, 2020 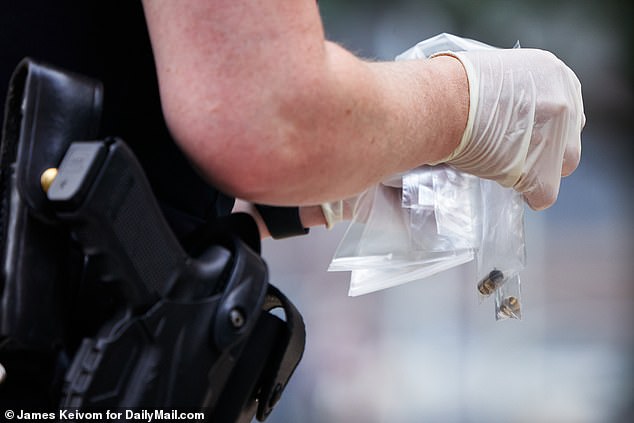 Shell casings from a gun are collected as evidence by a member of the New York Police Department at the scene of a shooting at Prospect Avenue and Oakland Place after a child was shot on Tuesday, July 7, 2020 in Bronx, N.Y

It was the latest dose of ‘law and order’ rhetoric from Trump, who also placed blame on urban violence on Democrats running big cities.

He said federal troops ‘were all set to go into Seattle’ and he ‘looked forward to it’ but Seattle police went in before them.

Local police went in July 1, arresting 31 people within just 30 minutes in the zone – which had seen two deadly shootings and crime rise by more than 500 per cent in just over three weeks.

‘We let them know that and all of a sudden, they didn’t want that. So they went in before we got there, but we were going in very shortly, very soon, and we would’ve taken the ‘CHOP’… back very easily, but they went in, and frankly, the people just gave up.

‘They were tired. They had it for a long period of time,’ Trump said.

Trump’s comments came after his press secretary, Kayleigh McEnany, has used press briefings to focus on violence in big cities this summer, even as Trump faces repeated questions about the administration’s response to the coronavirus.

'It was fake and it was make believe': Trump decries 'far-left' media over protest in Pittsburgh
Christchurch shooting: Candace Owens eviscerated for putting a LAUGHING emoji in post about attack
Acne drug could prevent deadly heart attacks and strokes
30 royally ridiculous lies that make The Crown a travesty of the truth
Snowless Moscow has warmest winter on record
Woman ridicules her high school's nemesis engagement ring as people say it looks like a MOLAR
Mike Pence says U.S. will ask WHO 'tough questions' over its handling of coronavirus
Google pulls 'Remove China Apps' from the Play Store