The family of a Colorado man are demanding answers more than three months after a National Park ranger shot and killed the unarmed 25-year-old during a traffic stop at Carlsbad Caverns in New .

Lorentz’s relatives say the oil field worker was unarmed and was not under the influence of any drugs of  when Mitchell shot him in the heart. 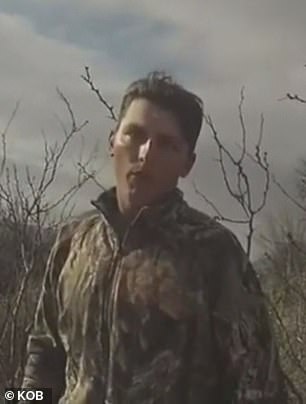 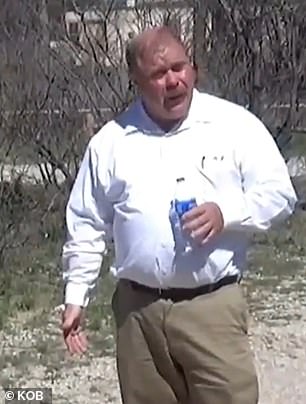 Charles ‘Gage’ Lorentz, 25 (left), was driving from Texas to Colorado when he stopped at Carlsbad Caverns in New Mexico and was killed by National Park Ranger Robert Mitchell (right) 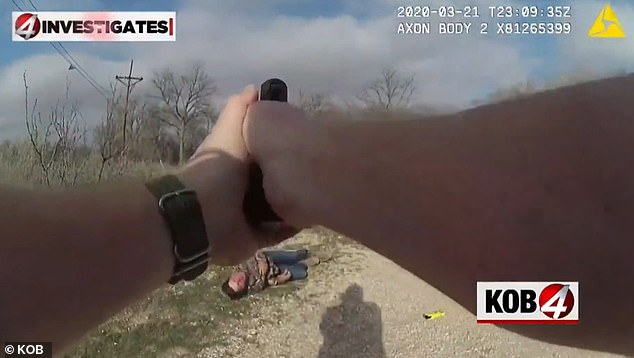 This screenshot from Mitchell’s body camera video shows the moment the ranger opened fire, shooting Lorentz once in the thigh and once in the heart 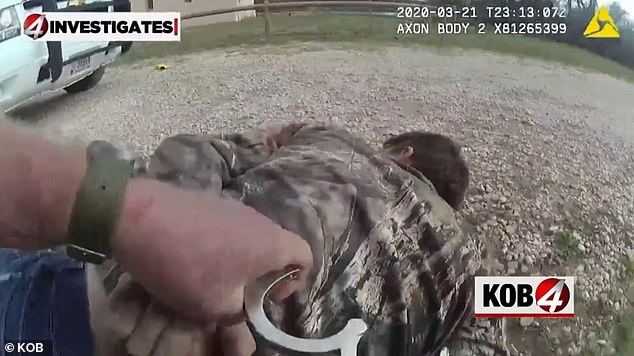 They also claim the ranger, who is certified as an EMT, waited 16 minutes before rendering any significant first aid to the mortally wounded Lorentz, and later left his body in the desert overnight.

Lorentz had been traveling from Peco, Texas, where he worked as an equipment operator for an oil and gas company, back to his home near Montrose, Colorado, to see his family. Authorities say he had stopped in Carlsbad to meet a friend.

Mitchell was responding to an unrelated call when he reportedly observed Lorentz speeding and driving erratically. 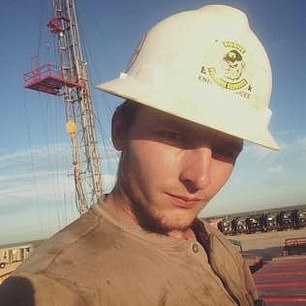 Lorentz, an oil field worker, was stopped for speeding and driving erratically on a country road

Recently released body camera video, which has 26 seconds missing, shows Lorentz outside of his vehicle and initially complying with Mitchell’s commands, reported .

But then when ordered to turn around, Lorentz, who appears in high spirits and is seen chewing gum, starts dancing to upbeat pop music from another car.

Mitchell commands Lorentz to take his hands out of his pockets and — without warning — deploys his Taser.

The video goes to black, then resumes 26 second later showing the ranger on top of Lorentz. Mitchell then fires his service weapon twice, striking the man once in the leg and once in the chest at a close range.

A little over three minutes later, he places handcuffs on Lorentz, who is seen laying face down on the ground.

‘You’re under arrest,’ the ranger tells the dying man.

Mitchell reportedly waited eight minutes before fetching his first aid kit out of his car. It took an additional eight minutes for the ranger to put an oxygen mask over Lorentz’s face, according to

Later in the video, Mitchell is heard talking to a responding sheriff’s deputy and tells him that during the missing part of the recording, the barbs of his Taser had failed to penetrate Lorentz’s jacket, and that the driver hit the ranger on the head and grabbed him around the neck. 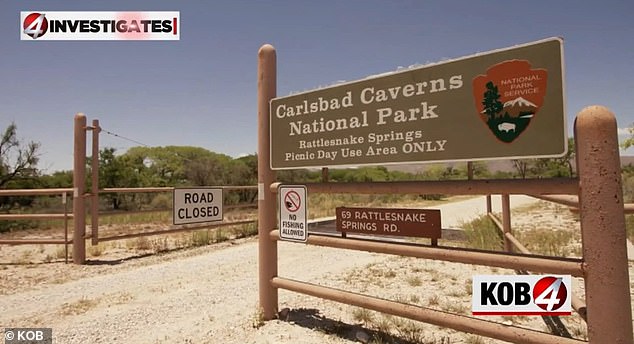 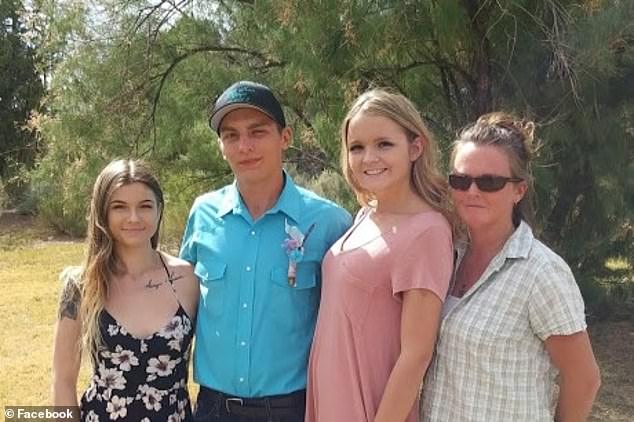 Lorentz’ family, including mom Kim Beck (far right), said he was unarmed and had no drugs or alcohol in his system

Lorentz’ parents and siblings have said that the 25-year-old was unarmed, and a toxicology report showed that he had no drugs or alcohol in his system at the time of the incident.

According to Lorentz’s autopsy, the first round missed all major arteries in his thigh and could have been survivable, but the second round penetrated his heart.

Travis Lorentz, Gage’s father, said that since his son’s death more than three months ago, no one from the National Parks Service has reached out to him.

‘It makes me think they are trying to cover something up,’ he told KOB.

Kennedy said Mitchell shot Lorentz with the Taser without any provocation and made no attempt to de-escalate the situation before resorting to deadly force.

‘The park ranger is insane, he’s put of his mind,’ the attorney told KOB in late June. ‘What is he arresting him for? For driving too fast on a country road? And he takes his life over that? It’s a citation, it’s a warning, it’s not a death sentence.’ 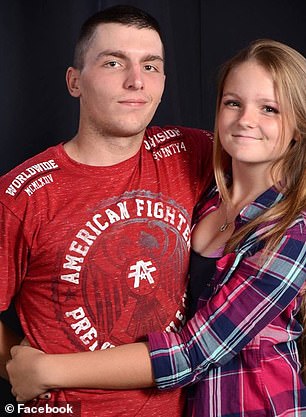 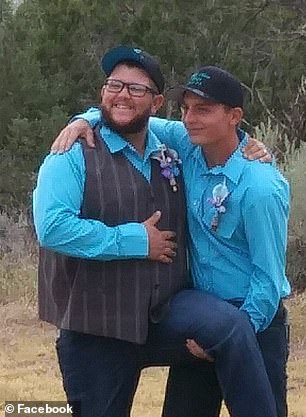 The family are planning to sue the US Interior Department and the National Park Service, alleging negligence, assault and battery and false imprisonment

The Eddy County Sheriff’s Department investigated the fatal shooting and turned over its findings to the Eddy County District Attorney’s Office.

Because of the crucial 26 seconds missing from the body camera video, the agency so far has been unable to rule on whether the use of force was justified.

District Attorney Dianna Luce told the station she wants to have every piece of evidence available before making a final determination.

The US Attorney’s Office is also looking into the case to see if Lorentz’s constitutional rights were violated when Mitchell shot him.

Mitchell, who has been with the National Parks Service since 2002, is now on administrative assignment pending the outcome of an internal investigation.

A page that was launched in June by Lorentz’s mother, Kim Beck, described her son as ‘a genuine, country raised young man that had a heart of gold. He was hardworking and dedicated. His world was his family and the Colorado landscape where we raised him on the Western Slope.’

Lorentz is survived by his parents and two sisters.

‘Our son should still be alive,’ Beck wrote. ‘Gage tried to defend himself when he was brutally shot – not once, but twice, which resulted in his death. This ranger had absolutely no reason to use deadly force on Gage – he cold-heartedly murdered our son.’

Trump doubles down on Georgia GOP candidate's qualifications amid voting controversy
Mistrial declared in case of angry loner who 'sexually assaulted and strangled Queens jogger'
An 'alarming' number of new HIV cases were diagnosed in Europe last year
Viewers around the nation captivated by Trump's Oval Office address including the migrant caravan
Millions prepare to tune in for the Kentucky Derby with the aptly-named Game Winner the favorite
Franklin Graham: Americans should pray to God this Sunday to 'protect' Trump from enemies
Three people injured when wooden dock COLLAPSES and 24 are thrown into a creek
Amelie Lemieux sobs uncontrollably as she clasps photos of young daughters at a memorial service