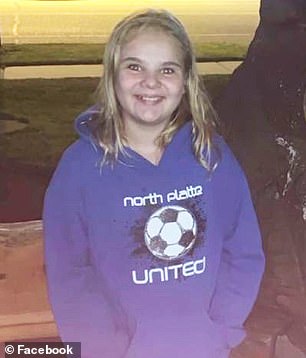 Kodie B. Dutcher was found dead on Tuesday in Wisconsin

A 10-year-old girl in Wisconsin has been found dead in a farm field a day after vanishing from her mother’s apartment after leaving what appeared to be a suicide note and taking prescription pills.

Kodie B. Dutcher had not been seen since 4pm on Monday, when she had a video-chat with her mother, before her body was found on Tuesday morning.

It is unclear who was looking after Kodie or if she was alone at home during that conversation. They spoke about an upcoming camping trip that her mother said she was excited about.

But at 4.30pm, her mother claims she returned home and found she’d left the house.

The mother,  who has not been named, called police and told them the girl had left a note which read: ‘Mom, I love you, but I can’t do it. Bye.’

It was also reported that Kodie may have taken prescription pills but police could not confirm what the drugs were.

On Tuesday, after dozens of local residents  turned out to look for the girl, she was found in a farm field.

It’s unclear how she died or how far away the field is from her house.

Police on Tuesday said that Kodie and her mother moved to the area in April and that she did not have a chance to make friends in her new school before students were sent home because of the COVID-19 pandemic.

Her family has not made any public statement. They were among people who looked for her on Monday night and Tuesday, before she was found. 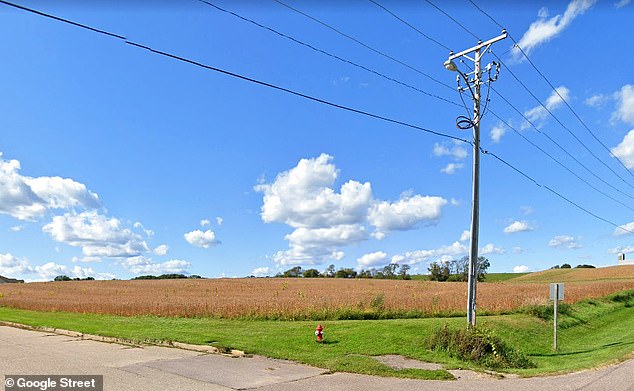 The farm field in Wisconsin where Kodie is believed to have been found on Tuesday morning, a day after she vanished

Caroline Brasch marries Frederik Bille Brahe in Copenhagen
Highly unusual tornado causes widespread destruction in Washington state
Friend's horror that she was in Dominican Republic when New York got in a fatal car crash
Irina Shayk gets support from Stella Maxwell following her recent split from Bradley Cooper
Rhode Island man pilots WWII-era B-17 bomber days before deadly crash
Hunter Biden 'was paid $83,333 a month by Ukrainian gas company to be a "ceremonial figure"'
The Crown leaves viewers furious as the Queen is shown faking tears at the Aberfan coal-tip tragedy
California waitress who ejected racist diner gets $82,000 in tips