Thandie Newton is sharing some of her experiences with stereotyping in Hollywood.

The English actress, in a new interview with , claims she turned down a role in 2000 movie Charlie’s Angels after an alleged awkward interaction with Amy Pascal, who was Sony Pictures co-chairman at the time.

‘I had a meeting with her, and she said, “Look, I don’t mean to be politically incorrect, but the character as written and you playing the role, I just feel like we’ve got to make sure that it’s believable.” I was like, “What do you mean? What changes would you have to make?”‘ Thandie said. 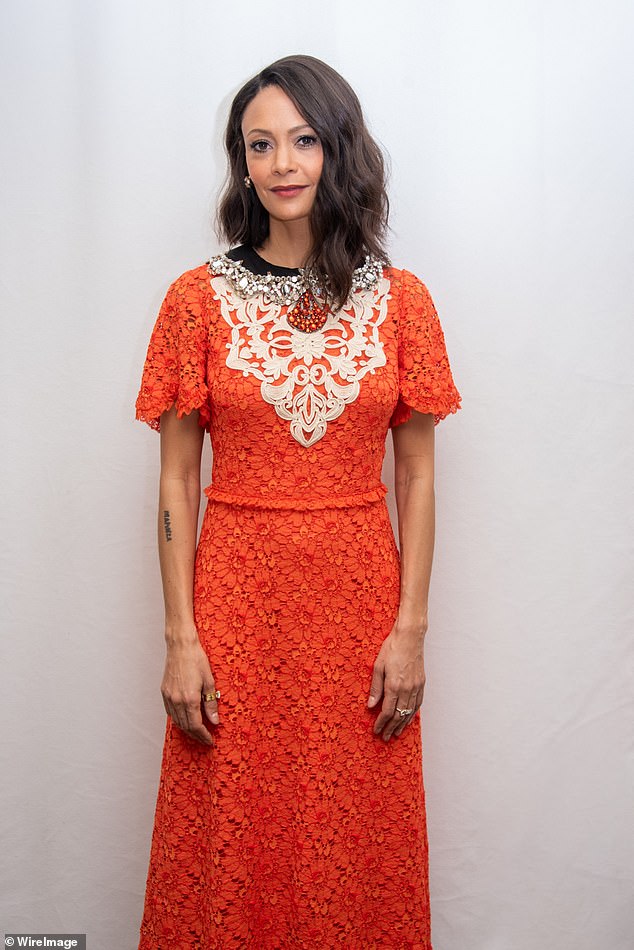 ‘She’s like, “Well, you know, the character, as written, she’s been to university and is educated.”‘ 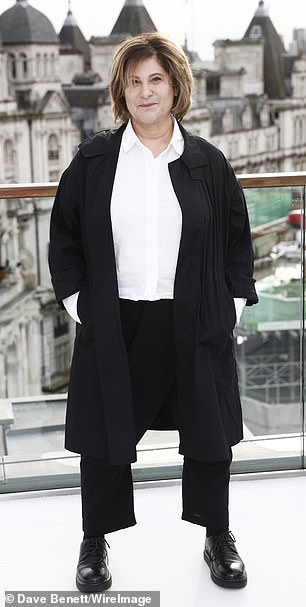 Scandal: Pascal was fired from Sony Pictures in 2015 after an email hack released numerous emails and exchanges making racist joke

The 47-year-old continued, ‘I’m like, “I’ve been to university. I went to Cambridge.”

‘She went, “Yeah, but you’re different.” She’s like, “Maybe there could be a scene where you”re in a bar and she gets up on a table and starts shaking her booty.”

‘She’s basically reeling off these stereotypes of how to be more convincing as a Black character.’

Thandie said she rejected all the suggestions Pascal made.

‘That was Amy Pascal. That’s not really a surprise, is it? Let’s face it: I didn’t do the movie as a a result.’ Thandie said.

Pascal was fired from Sony Pictures in 2015 after an email hack released numerous emails and exchanges with fellow producer Scott Rudin where they would make racist jokes, including joking about President Barrack Obama’s taste in movies.

The 62-year-old movie executive said in a statement to Vulture that she was ‘horrified to hear’ of Thandie’s recollection of their meeting.

‘While I take her words seriously, I have no recollection of the events she describes, nor do any of her representatives who were present at that casting session,

‘I’ve long considered Thandie a friend; I’m thankful that I’ve had the chance to make movies with her; and I hope to work with her again in the future.’

Thandie told Vulture that the other reason she didn’t do Charlie’s Angels was because the director wanted to objectify her in the opening scene.

‘The director said to me, “I can’t wait for this. The first shot is going to be… You’re going to think it’s like yellow lines down a road, and you pull back and you realize it’s the stitching, because the denim is so tight on your ass it’s going to look like tarmac.’ I was like, “Oh, I don’t think we’re going to go down this road together.’ 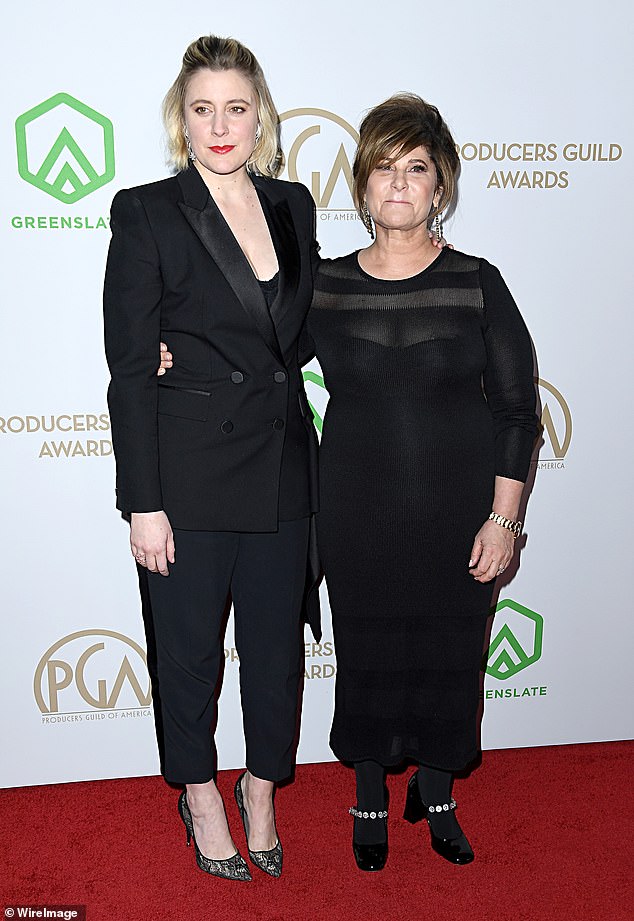 Interaction: Thandie recalled meeting she had with Pascal where she was ‘reeling off these stereotypes of how to be more convincing as a Black character.’ Pascal is pictured here with Greta Gerwig in January 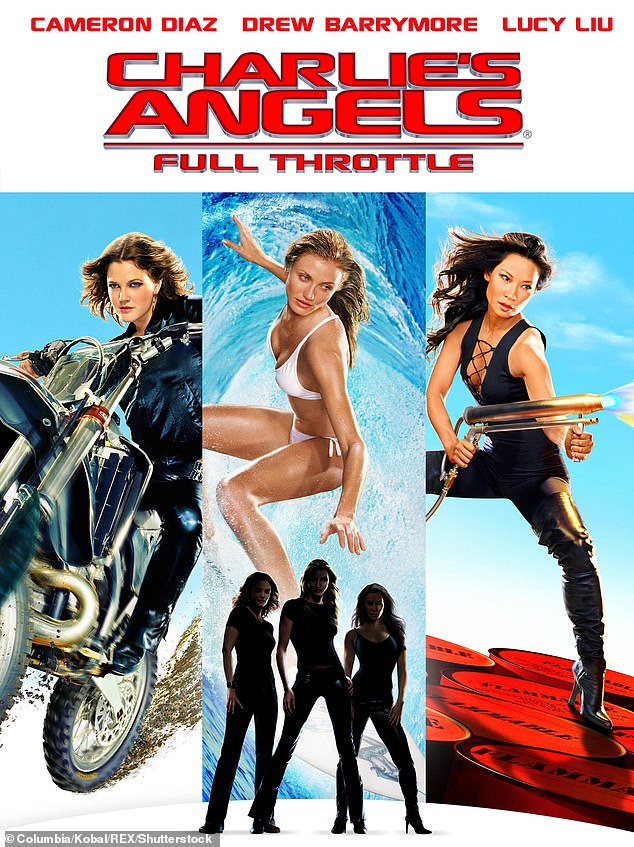 Thandie recalled to Vulture the other reason she didn’t do Charlie’s Angels was because the director wanted to objectify her in the opening scene. Drew Barrymore, Cameron Diaz and Lucy Liu are seen here in a promotional shot for the 2000 movie

The actress explained that suffering sexual abuse at the hands of a director early in her career shaped the sort of roles she went for.

Thandie was allegedly groomed and sexually abused when she was 16 by director John Duigan while working on the 1991 movie Flirting. He was 39 at the time.

She recalls the press referring to it as an ‘affair’ which she says left her re-traumatized.

‘If someone brought it up — and of course they’re going to bring it up in a f***ing interview, man — if they spoke about it in a way that’s not sympathetic or they called it an affair, it was insult to injury. It’s like re-abuse,’ she said.

‘I think the reason I talked about it a lot, too, is I’m trying to find someone who understands. I’m looking for help. It’s so f***ing obvious to me. What is the point if we don’t expose what needs to be exposed?’ 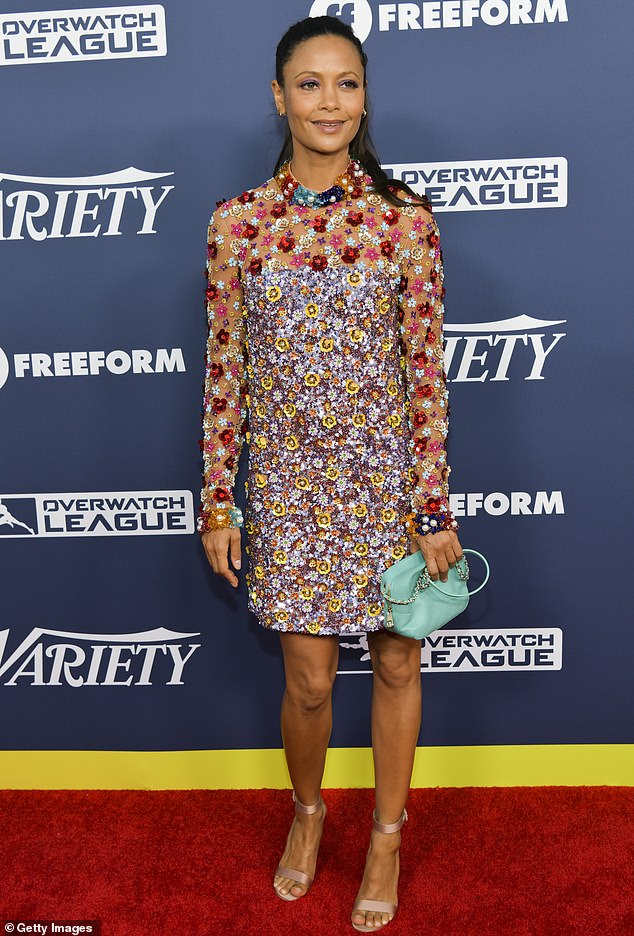 Past trauma: Thandie was allegedly groomed and sexually abused when she was 16 by director John Duigan while working on the 1991 movie Flirting. He was 39 at the time.

Tracey Jewel lashes out at MAFS 'mean girls' Martha Kalifatidis and Jessika Power
Chanelle Hayes showcases her incredible figure in a patterned, cut-out swimsuit in Tenerife
Stacey Solomon shows off her curves in floral bikini
Andie Macdowell wears a straw sunhat as she walks her dogs in LA during the COVID-19 lockdown
Naomi Watts admits she's been struggling in lockdown
Roman Kemp jokes his famous father Martin 'used to be a cool dad' but is now obsessed with gardening
Big Brother Australia: Daniel Gorringe's girlfriend speaks out as he flirts with Talia Rycroft
Besotted Paris Hilton uploads adorable snaps of her and boyfriend on romantic trip to vineyard