President jumped into an angry clash between Tucker Carlson and Sen. Tammy Duckworth Tuesday after the Fox News host questioned the patriotism of the War vet who is a double amputee.

Duckworth, an Illinois Democrat, fired back at Carlson Monday night after the Fox News host excoriated her for comments calling for study and dialogue about whether statues of George Washington should be taken down.

Duckworth is a leading contender to join former Vice President on the Democratic ticket. 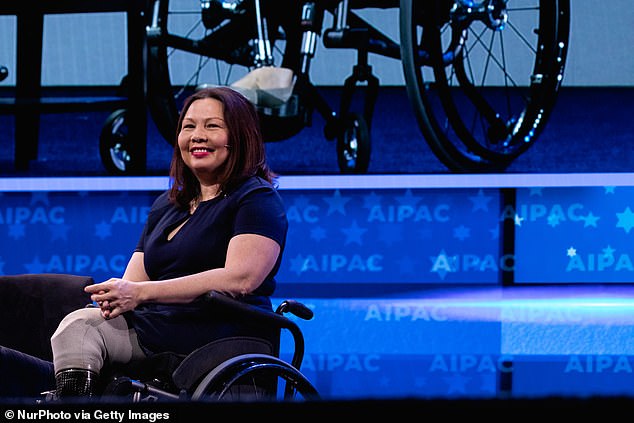 ‘Does @TuckerCarlson want to walk a mile in my legs and then tell me whether or not I love America?’ Sen. Tammy Duckworth (D-Ill) asked on Twitter Monday

‘Does @TuckerCarlson want to walk a mile in my legs and then tell me whether or not I love America?’ she asked on Twitter.

Duckworth, a former Army pilot who flew missions in Iraq, committed what many analysts consider a political flub when she entertained the idea of taking down statues of the nation’s first president, who also owned slaves.

‘You’re not supposed to criticize Tammy Duckworth in any way because she once served in the military,’ Carlson said on his show Monday night. ‘Most people just ignore her. But when Duckworth does speak in public, you’re reminded what a deeply silly and unimpressive person she is,’ he continued.

‘It’s long been considered out of bounds to question a person’s patriotism. It’s a very strong charge, and we try not ever to make it. But in the face of all of this, the conclusion can’t be avoided. These people actually hate America. There’s no longer a question about that,’ he continued. 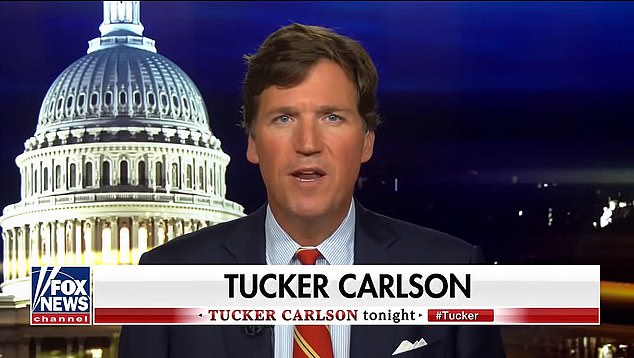 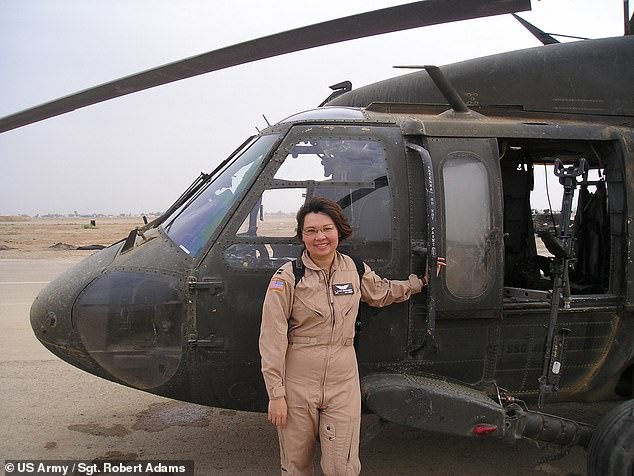 Then a captain in the Illinois Army National Guard, Tammy Duckworth stands by her UH-60 Blackhawk helicopter. Now a U.S. senator, Duckworth would spend 23 years in the Illinois Army National Guard retiring as a lieutenant colonel. Her helicopter was hit by a rocket-propelled grenade on Nov. 12, 2004. Duckworth lost both legs and partial use of her right arm in the explosion and received a Purple Heart for her combat injuries

Duckworth hit back at Carlson Monday night for his comments 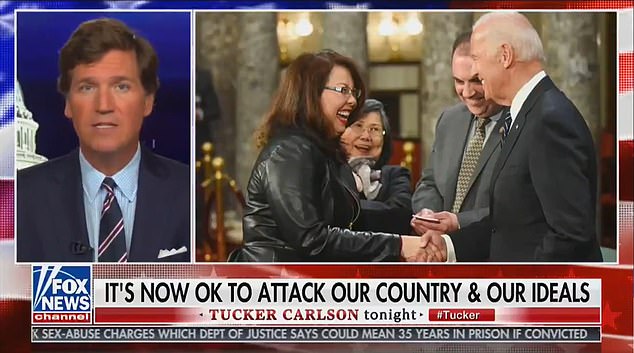 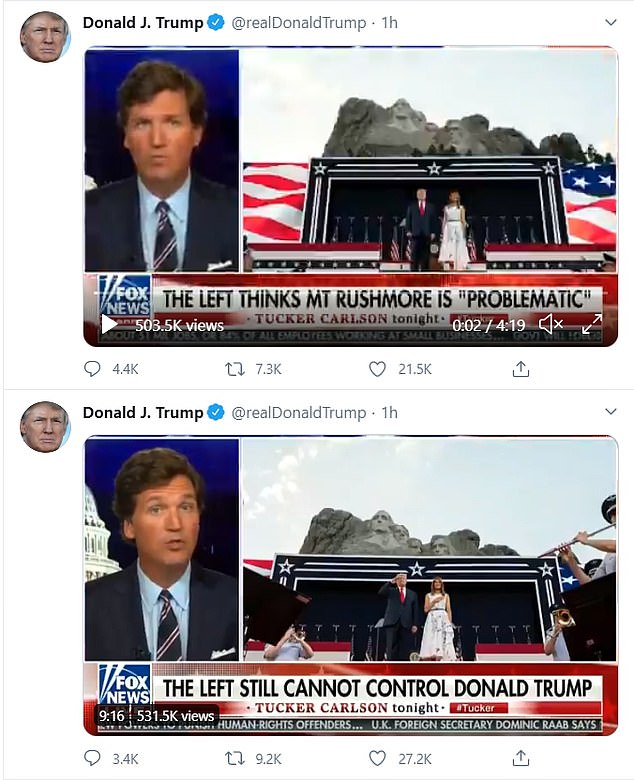 President Trump out an extended clip including Carlson’s Monday night monologue about the subject, which followed Trump’s speech at Mt. Rushmore, where he inveighed against ‘far-left fascism’ and ‘left-wing cultural revolution is designed to overthrow the American Revolution.’

Appearing on CNN’s ‘State of the Union’ Sunday, Duckworth hedged when asked whether statues from founders like Washington and Jefferson who owned slaves should come down.

She has already called for renaming Army bases that bear the names of confederate generals – a sharp contrast with President Trump, who has called out what he says are attempts destroying the nation’s heritage, and who even criticized NASCAR’s decision to ban the Confederate flag.

‘Well let me just say that we should start off by having a national dialogue on it at some point, but right now we’re in the middle of a global pandemic,’ Duckworth said, ‘and one of our countries who are opposed to us, Russia, has put a bounty on American troops’ heads,’ she said. ‘What really struck me about the speech that the president gave at Mount Rushmore was that he spent more time worried about honoring dead Confederates than he did talking about the lives of 130,000 Americans who lost their lives to COVID-19 or by warning Russia off of the bounty they’re putting on Americans’ heads.’

‘He spent all his time talking about dead traitors,’ the Illinois senator said.

Trump did not append any of his own comments to the clip of Carlson. His tweet came after a day when White House press secretary Kayleigh McEnany refused repeated questions about whether Trump supports displays of the Confederate flag after Trump used Twitter to criticize NASCAR’s decision to ban the flag from its events.

Trump also tweeted Monday about preserving the names of the Cleveland Indians and the Washington Redskins.

Kavanaugh's supporters sit behind him during his testimony
Is this the most glamorous photo album ever? Jack Morris and Lauren Bullen share their snaps
Rapper Young Dolph has $500K of jewelry stolen from Mercedes in Georgia Cracker Barrel parking lot
Eyes bigger than your ssssstomach? Gruesome moment a six-metre python vomits another snake
PICTURED: The incredible off grid home where a family-of-three live completely mortgage free
Being raised by a Rolling Stone nearly killed me, says eldest son of Ronnie and Jo Wood
Ilhan Omar has paid $122,000 to her husband's consulting firm since they tied the knot
Ruth Bader Ginsburg, 87, recovering in NYC hospital following 'non-surgical' procedure