A sand artist from Wales died after suffering a heart attack in the sea near a beach he loved in Cornwall last week.

Father-of-two Marc Treanor, 57, created large artworks from sand and often used beaches and shorelines to show off his masterpieces.

Mr Treanor, who lived in Pembrokeshire with his partner Rachel and his two children, suffered a cardiac arrest while swimming in Tintagel beach in Cornwall. 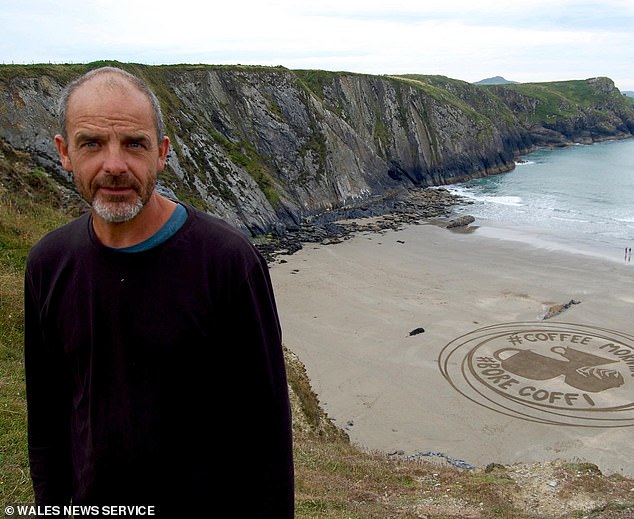 Marc Treanor, 57, (pictured) a sand artist from Pembrokeshire, died after suffering a cardiac arrest at a beach in Cornwall on Thursday 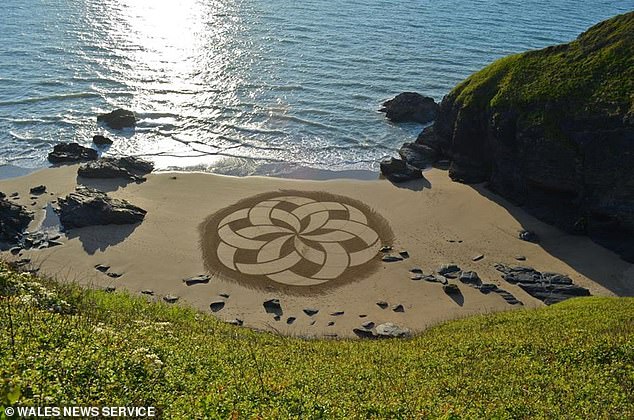 Police are not treating his death as suspicious.

A Devon and Cornwall police spokesperson said: ‘Police were notified [on Thursday, July 2] at around 8.45am to reports of a concern of welfare of a person on Tintagel beach.

‘A male casualty was declared deceased at the scene by paramedics. The man, who was in his 50s, has been identified and his next of kin have been informed.

‘Officers are not currently treating the incident as suspicious and a file will be prepared for the coroner.’

Mr Treanor began sand drawing after playing around on a family holiday in Cornwall and started of by creating simple crop circles.

His abilities developed and began creating more complex designs, including a David Bowie art tribute following the singer’s death in 2016.

He was then commissioned to do sand works for marriage proposals, birthdays and wedding anniversaries.

The artists also took just two hours to create a 120ft high artwork of the statue of 6th century saint Caranog in 2018.

Speaking about that particular work, Mr Treanor added: ‘I found the stained glass window in the church and thought it was a beautiful image to recreate. 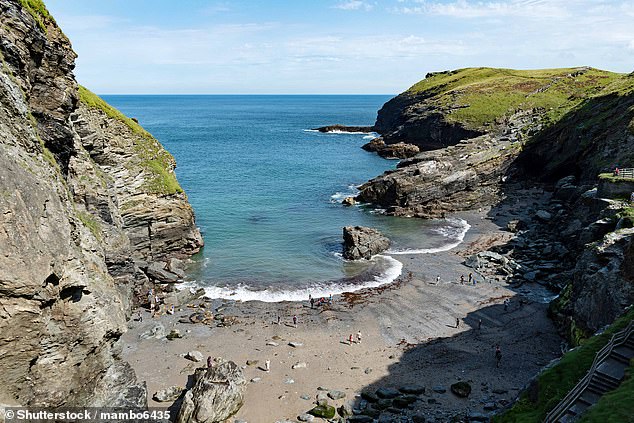 Mr Treanor passed away in the sea near Tintagel beach in Cornwall, a place where he loved to spend time with his family 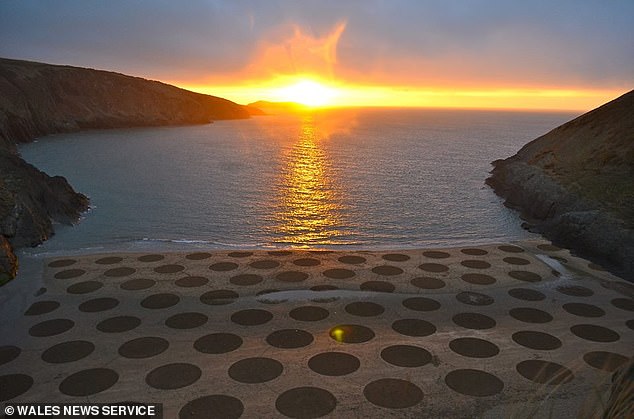 He began his career in sand artistry by playing around with his family on holiday. He then created crop circles (pictured) to help improve

‘So I began at midday and finished at around two, meaning there was around three hours until finished product got washed away by the tide.

‘The unexpected heatwave made it slightly harder for me to work as the sand is so dry – it’s not normally a problem in Wales!

‘I often take photos of my work but I enjoy the lack of permanence the pieces have. It’s for people to enjoy in the moment, and they can react however they’d like to.’ 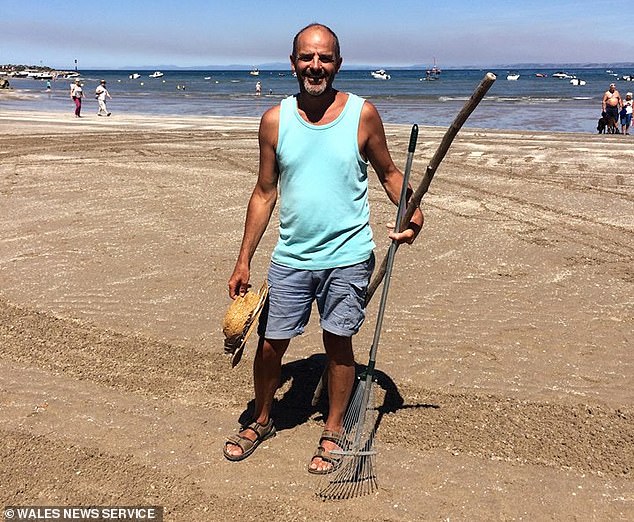 Mr Treanor was known as a ‘wonderful friend’ and a pleasure to work and collaborate with. He leaves behind his partner Rachel and two children

Tributes have poured in to remember the sand artist’s life, with close friend Andy Desmond describing him as a ‘wonderful friend’.

Green Campaign Group Pembrokeshire Eco Champions, who Mr Desmond created a piece of work for during his career, said: ‘Today we learned of the huge loss of our wonderful friend, sand artist Marc Treanor.

‘Rest well mate. It was a great pleasure knowing and collaborating with you x’