A royal super fan who is ‘addicted’ to dressing like her idols has revealed she has spent $30,000 on their exact outfits after falling in love with Kate Middleton’s style.

Danielle Magness-Wellmann, 41, from Hanska, Minnesota, became obsessed with the , 38, after her engagement to , 38, was announced in 2011.

She now allocates $1,000 (£800) of her annual salary as a physician for royal clothing, and seeks to replicate outfits worn by Kate, , 38, and even Queen Letizia of Spain.

Keeping a close on the calendar, Danielle purchases up to 15 ‘affordable’ items of clothing per month and has a dressmaker on speed dial who will make a replica for a fraction of the price.

Danielle Magness-Wellmann, 41, from Hanska, Minnesota, became obsessed with the Duchess of Cambridge, 38, after her engagement to Prince William, 38, was announced in 2011, and now spends about $1,000 a year copying her style  (pictured left, Danielle wearing L.K.Bennett Addison dress which the Duchess wore while hosting the president and first lady for dinner at her Kensington Palace apartment , and right, the Duchess in April 2016)

The mother-of-one said: ‘I started paying attention to Kate Middleton’s clothing when they got engaged and fell in love with her style.

‘I think Kate serves as an incredible role model of both substance and style.’

She explained: ‘When she wears something that is accessible to the public it is a chance to own a piece of sartorial history.

‘There’s no way I can wear a Givenchy ball gown but some of her clothes are from Reiss, Hobbs and even Zara.

While she most-often copies Kate’s style, Danielle also revealed she is open to trying out other royal outfits, including Meghan Markle’s, 38. (pictured left, Danielle in a S T A U D dress worn by Meghan in South Africa , and right, the Duchess of Sussex during a visit to Heritage Day at Bo Kaap area in Cape Town in September 2019)

Meanwhile the royal enthusiast also revealed how she manages to find items worn by Kate within moments.

She explained: ‘I keep on top of her wardrobe by looking at the Royal calendar and Twitter – within minutes, someone online is able to recognise where an outfit is from and point me in the right direction for purchase.

‘However I have previously purchased expensive garments.

Other royals that Danielle looks to inspiration for her outfits include Queen Letizia of Spain (pictured left, Danielle wearing Hugo trousers worn by Queen Letizia and a white blouse inspired by the royal, and right, Queen Letizia in April 2018)

‘Sometimes, I may invest a little more because I know they’re going to last longer and I am going to wear it a lot.’

Danielle’s purchases rely on how ‘busy’ the Royals are and where they are in the world.

Danielle was unable to make any purchases when The Dutchess visited Pakistan in 2019 – due to the different timezones.

But she explained that hadn’t deterred her from her passion, saying:  ‘It is quite an addictive hobby.

Danielle revealed how she became obsessed with following royal style after Kate announced her engagement to Prince William in 2011, and now tries to copy her outfits when she can (pictured left, Danielle wearing an EQUIPMENT blouse, and right, Kate Middleton during a visit to mental health charity Jigsaw in Ireland in March)

‘I can’t always keep on top of Kate’s looks due to the different timezones so this may affect how many purchases I make.’

And Danielle admitted her interest goes further than just copying Kate’s style, revealing: ‘It isn’t just Kate Middleton who I copy but Meghan Markle too – her style is much more laid back and solid colours.

‘The Royal Family are my favourite fashion icons as I can wear their clothes every day.’

Meanwhile she revealed how she often attracts attention from others when she wears her royal outfits.

Danielle will often try to replicate an outfit from head-to-toe, and keeps an avid eye on Twitter to discover what Kate may be wearing moments after she makes an appearance (left, Danielle found a replica of the Arket sweater at LOFT to pair with the L.K.Bennett Parker trousers for Kate’s nautical inspired outfit, and right, the Duchess of Cambridge arriving to launch the King’s Cup Regatta, at the Cutty Sark in Greenwich, south east London on May 2019) 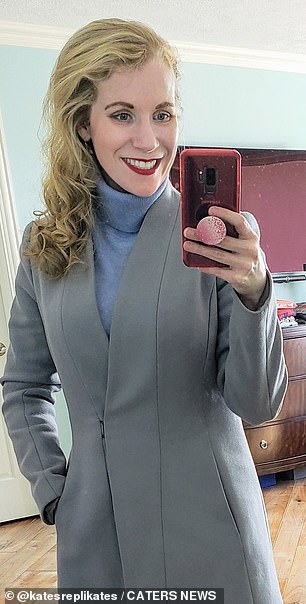 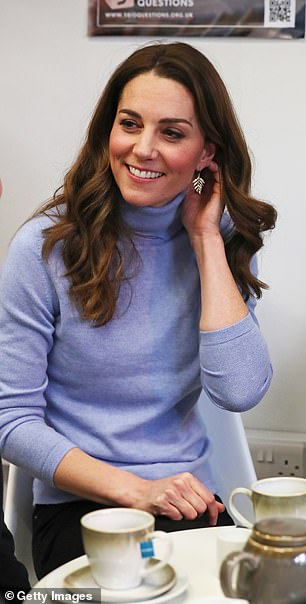 Meanwhile the mother-of-one said she most often receives compliments when she is dressed like a royal, even if people don’t realise who has inspired her outfits (pictured left, Danielle Kate’s Pure Sweater, and right, Kate Middleton during a visit to Social Bite cafe in Aberdeen)

Danielle explained: ‘I always get more compliments when dressed like a Royal – not that people know my outfits are inspired by them.’

But she admitted that people don’t always know exactly where her royal references come from.

She revealed: ‘After explaining where I got the outfit inspiration from, some people have asked “Who is that?”‘

‘Whilst others think it is “cool” that I follow their fashion.’

Danielle, who calls the Duchess of Cambridge, a ‘role model of both style and substance’, said copying Kate’s outfits was ‘like a chance to own a piece of sartorial history’ (left, Danielle wearing a Zara dress worn by Kate, and right, the Duchess visiting the Bulldogs boxing club in Port Talbot, South Wales earlier this year)

After following the royal fashion for years, Danielle went to London for her honeymoon in 2013.

She said highlights of the trip included visiting some iconic royal sites, as well as gracing shops that she knows Kate loves.

She explained: ‘I absolutely loved the visit to Buckingham Palace.

‘I visited Whistles which is a popular store where Kate goes – especially when she was younger.’ 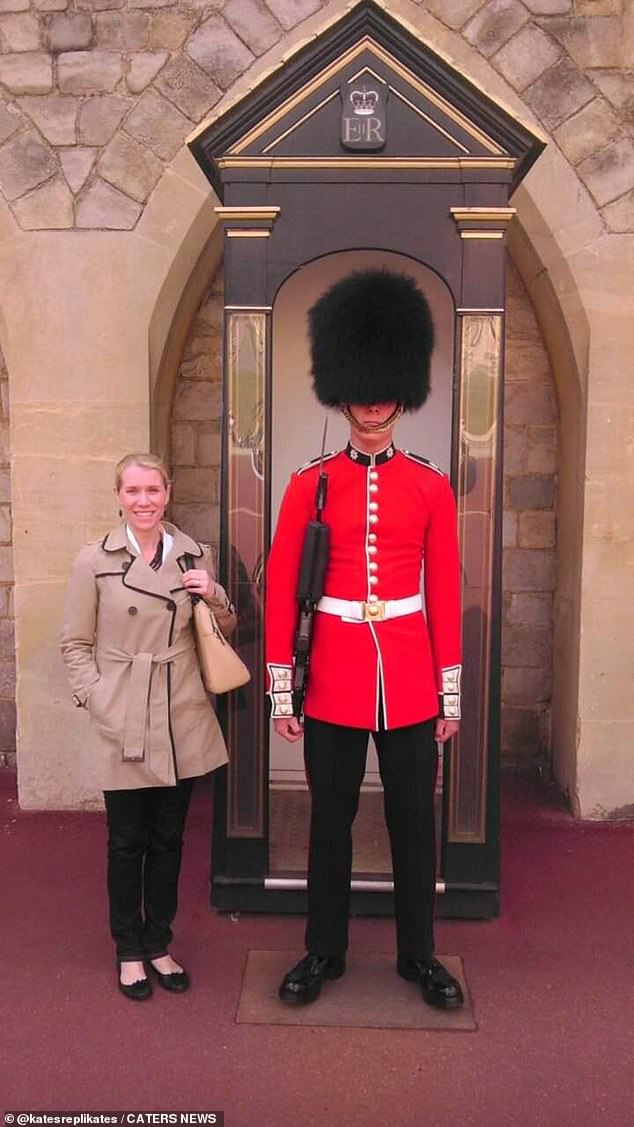 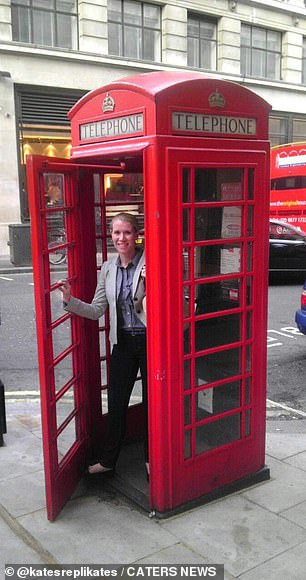 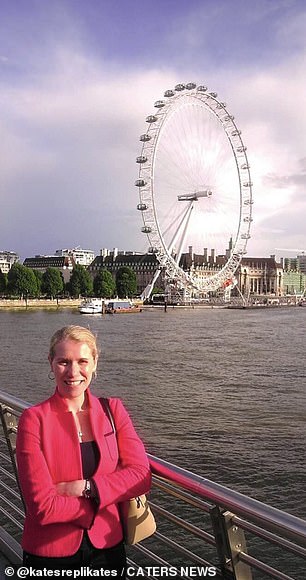