She has remained motivated during lockdown, exercising every day and flaunting her figure on Instagram.

And Chloe Ferry showcased her incredible physique in skintight sportswear, following her two stone , as she arrived in Kings Cross, on Monday.

The star, 24, teased a glimpse of her gym-honed abs and plenty of cleavage in a low-scoop Nike sports bra. 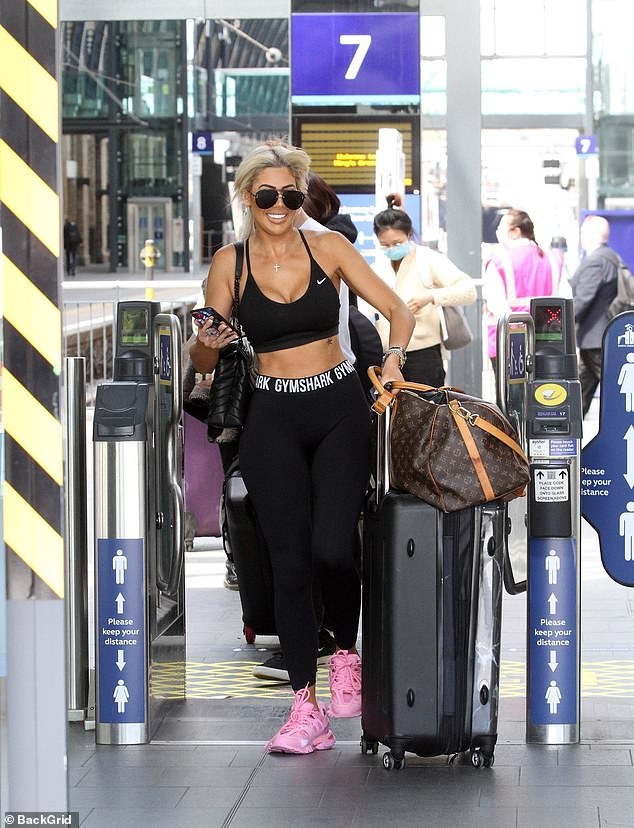 Chloe teamed the look with Gymshark leggings, oversized shades and opted for comfort on her feet with bright pink trainers.

The television personality looked like she was spending a couple of days in the capital as she lugged a huge suitcase and a Louis Vuitton holdall through the ticket barriers.

She wore her blonde hair in a low bun and shrugged a leather jacket over her shoulders. 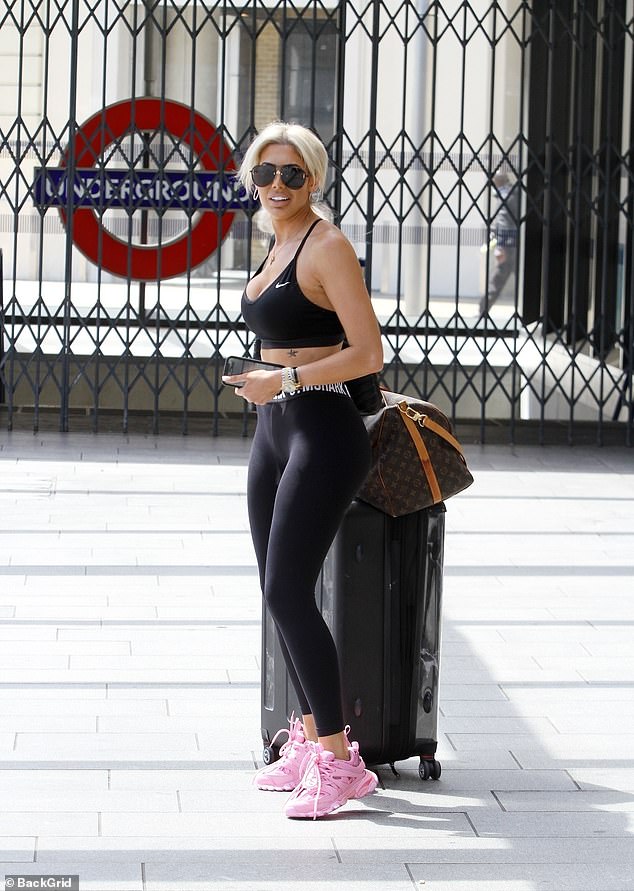 Busty display: The Geordie Shore star, 24, teased a glimpse of her gym-honed abs and plenty of cleavage in a low-scoop Nike sports bra

In May, the beautician cried ‘tears of happiness’ as she thanked her followers for their support during her weight loss journey in an emotional Instagram clip.

The TV staradmitted she’s come a long way in her body confidence journey after previously ‘hating everything about myself’.

Wiping away her tears, she said: ‘Guys, the before and after picture is up now and I’m literally shaking.’ 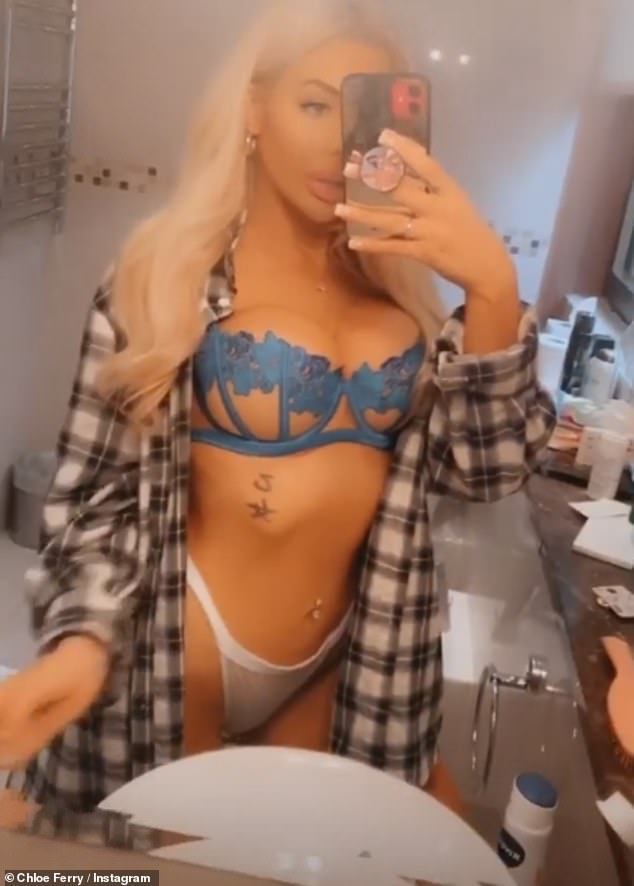 The reality star confessed she was apprehensive about receiving feedback on her transformation, explaining: ‘Honestly, I can’t get over the reaction I’m getting before and after.

‘It’s took us a lot to post this photo. Everything I do, everything I say gets judged on and I’m so pleased with all the nice comments. I honestly thought I was going to get hate again.’

The Newcastle beauty detailed how she went through a dark place before kick-starting her journey. 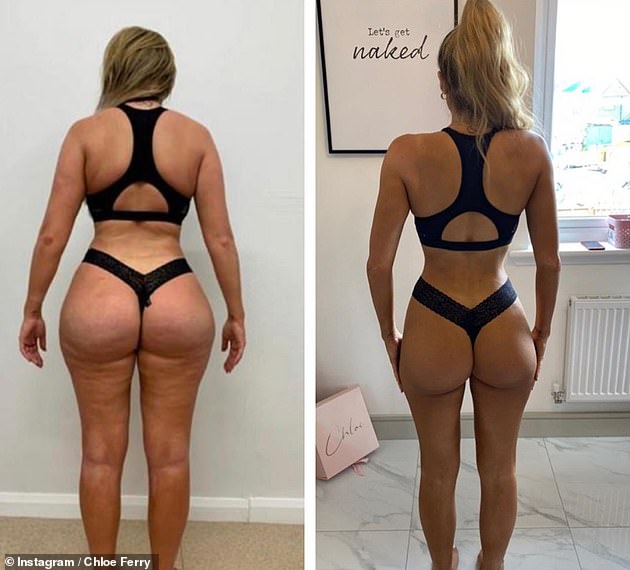 Incredible: The TV star recently unveiled the impressive results of her incredible two-stone weight loss in a before-and-after image