Dame Barbara Windsor’s health is worsening amid the lockdown as she continues her battle with Alzheimer’s.

The 82-year-old actress, who was diagnosed with the disease in 2014, is being cared for round-the-clock by her 57-year-old husband Scott Mitchell.

But close friend Ross Kemp, 55, appeared on The One Show on Tuesday to reveal her condition is severely deteriorating which has forced Scott to look at alternative care options. 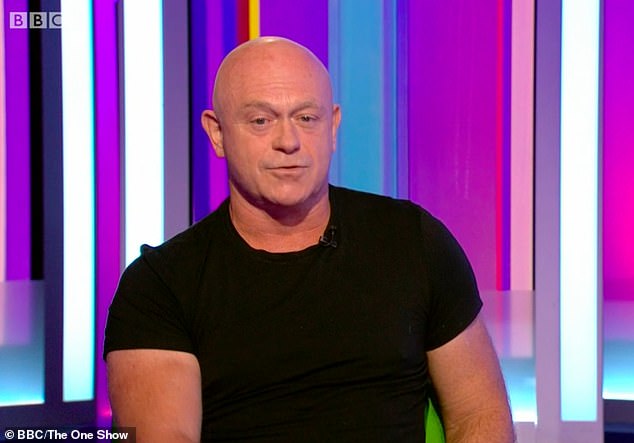 Sadness: Ross Kemp, 55, appeared on The One Show on Tuesday to speak about his former Eastenders co-star Dame Barbara Windsor

Speaking about his recent ITV special, he said: ‘We did a documentary about Alzheimer’s and she was really the spur behind making that film.

‘Sadly during lockdown she had gotten a lot worse and Scott, her husband, is now having to think about finding alternative care for her because that is basically what happens with that disease. It is the biggest killer in the UK and sadly there is no cure.’

Ross believes the couple were motivated to take part in the programme as they didn’t want to ‘hide’ their experiences and wanted to help others. 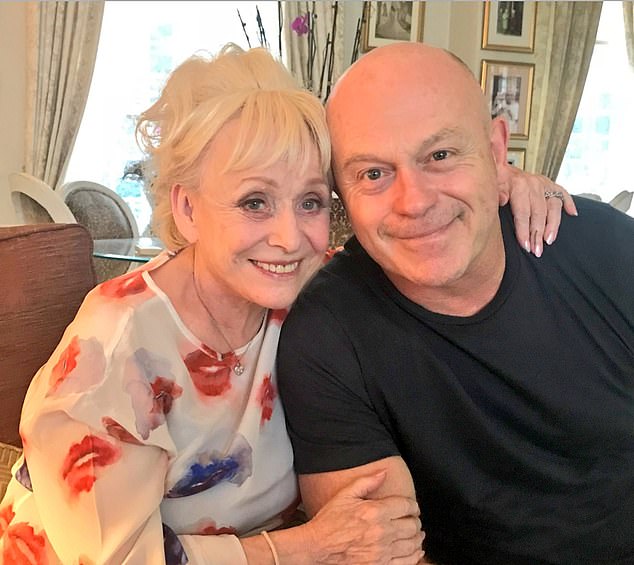 Struggle: The health of the 82-year-old actress, who was diagnosed with Alzheimer’s in 2014, is thought to be worsening amid the coronavirus lockdown

He added: ‘I think they decided once she got diagnosed they were not going to hide from it. They were going to make it as public as possible to create as much awareness as possible.

‘For a lot of people when they get that diagnosis they don’t know what to do and I think someone like Dame Barbara talking about it has lifted again a lot of the stigma.’

It comes after Scott emotionally revealed that wife Barbara may have to move into a care home soon as her Alzheimer’s continues to progress. 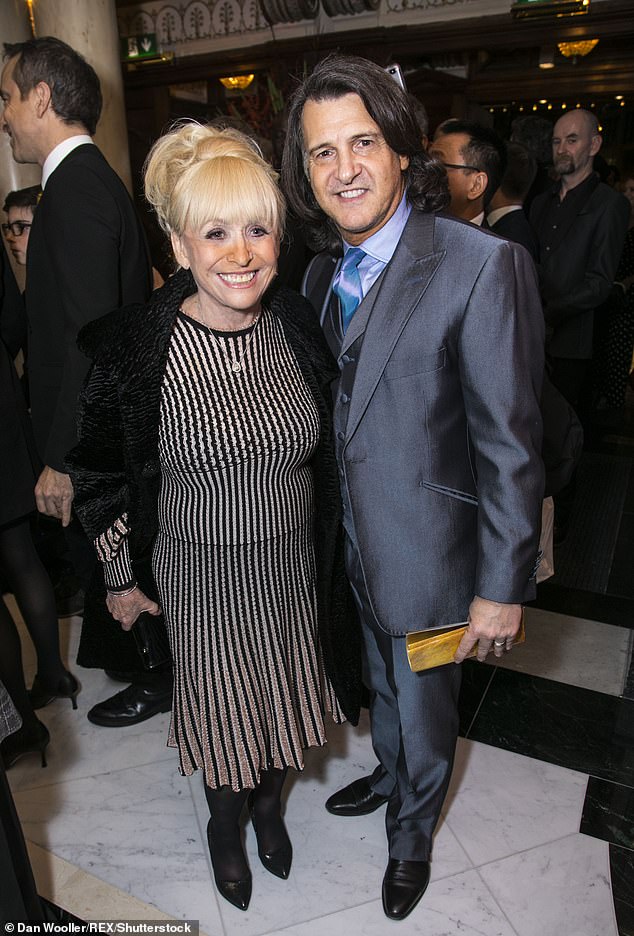 Hard: It comes after Scott emotionally revealed that wife Barbara may have to move into a care home soon as her Alzheimer’s continues to progress (pictured in December 2017)

In a clip from the ITV special, Scott explains that he can see Barbara struggling to speak, and becomes disheartened when she just gives up.

Asked by Ross how Barbara’s Alzheimer’s has progressed since he last visited in February, Scott says: ‘I have seen a real progression the things that started happening with her is her speech, she can’t find the words.

‘And you just see that frustration building up within her, and what I hate is that she just gives up, she just looks at me and goes…’ before making a defeated expression. 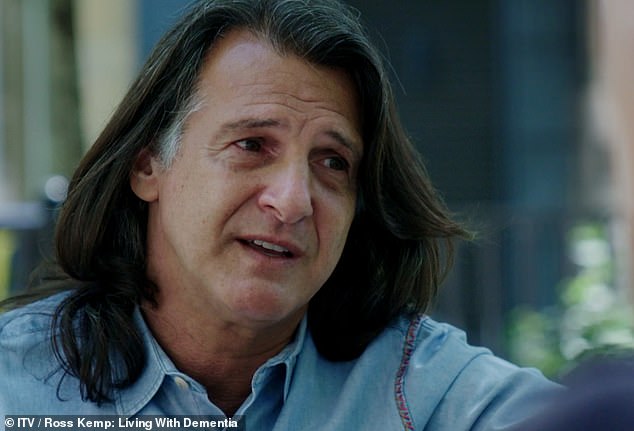 Difficult: The actor admits she can become frustrated at her inability to speak, and she’s begun to suffer falls after waking up in the night (pictured with Barbara in December 2017)

Scott also emotionally revealed that the Alzheimer’s is also beginning to affect Barbara’s mobility, as she suffers from falls after getting up in the night.

He adds: ‘The other thing is she’s started to have falls more regularly, what will happen is she will get up two or three times in the night to go to bathroom, but her legs will give way and I find her on the floor.’

Scott goes onto admit that in recent months he’s been told that Barbara will soon have to move into a care home, as he can no longer provide the round-the-clock care she needs. 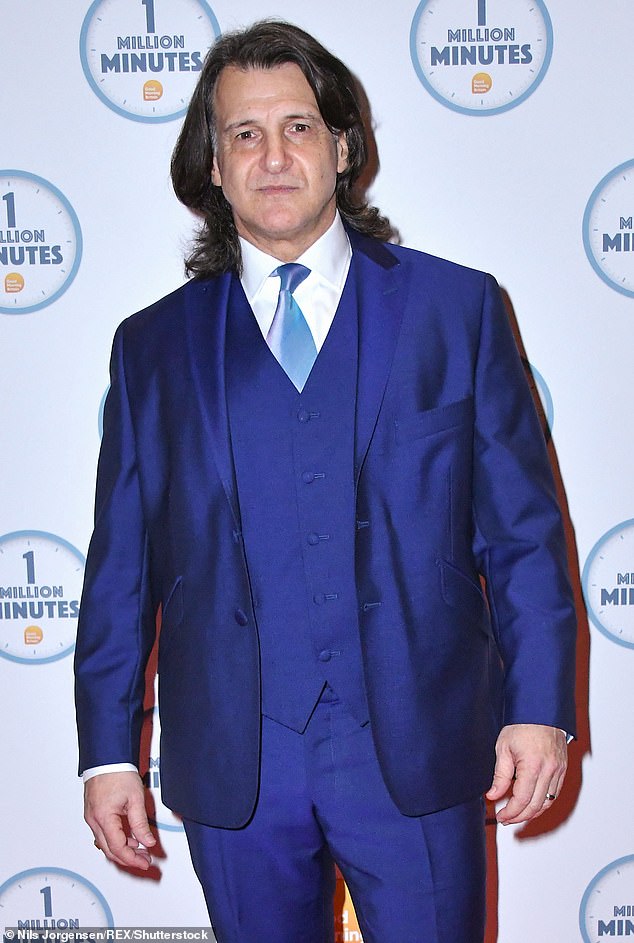 Challenging: Scott also reveals that he was told the upsetting development by a specialist after Barbara’s Alzheimer’s battle ‘worryingly progressed’

He also reveals that he was told the upsetting development by a specialist after Barbara’s Alzheimer’s battle ‘worryingly progressed’.

‘It’s the thing I’ve always feared. He’s basically telling me I need to prepare myself that at some point it may not be sustainable to give her the kind of care she needs at the house.

‘I’ve had some fairly dark moments since he said that because there’s a part of me that knows that most likely is the truth and that’s what needs to happen. There’s another part of me which can’t imagine letting her go.

‘I can’t imagine leaving that lady when she talks to me the way she does and putting her somewhere and her thinking, “Why has he done this to me?”‘

Ferne McCann First Time Mum: Star reveals she hasn't had sex in TWO YEARS
Emily Atack lands This Morning presenting gig as she fills in for Holly Willoughby
Tennis ace Eugenie Bouchard shows off her incredible physique in a sporty white bikini
Simon Baker and his wife of 20 years Rebecca Rigg look as loved up as ever
The Bachelor's Abbie Chatfield is defended by sister on Instagram
Love Island's Curtis Pritchard and Maura Higgins haven't seen each other in TWO WEEKS
Love Island viewers hit out at 'uncomfortable' episode in the wake of the show's #BeKind campaign
Myleene Klass opts for 'casual Fridays' in a white cami, joggers and punky boots