A Staffordshire Bull Terrier-cross was forced to be treated under a full anaesthetic after cutting her tongue open by trapping it in a tuna can she had found in the recycling bin.

Bonnie the staffie, ten, had been given her favourite fish as a teatime treat but was left in agony after helping herself to the discarded tin in the recycling bin.

Owner, Louisa Davis, 45, from Nottingham said she overheard scuffling in the kitchen before seeing Bonnie with the tuna can stuck to her face. 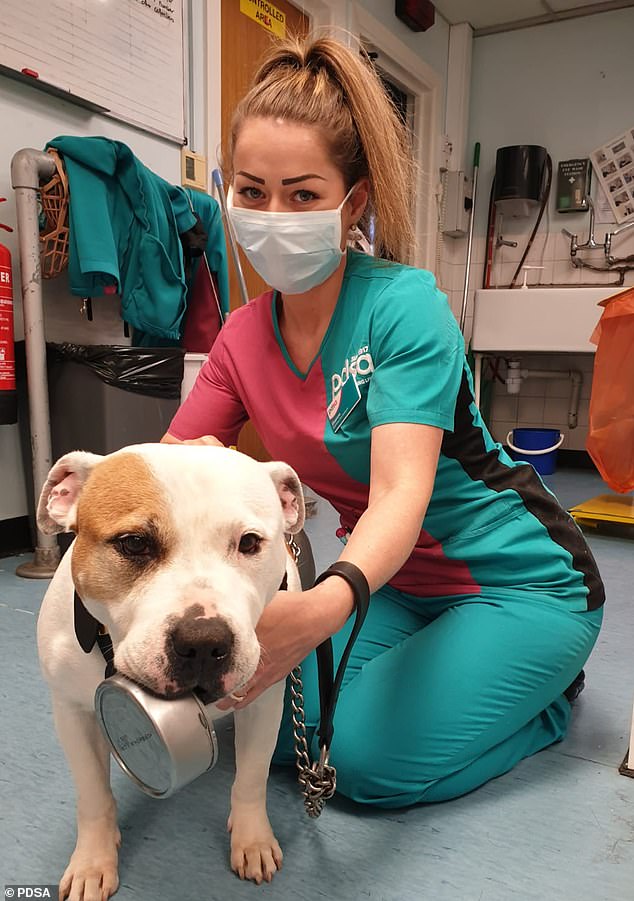 Bonnie the Staffie, ten, had been given her favourite fish as a teatime treat, but was taken to Nottingham PDSA Pet Hospital after it became stuck on her tongue. Pictured: PDSA Veterinary Care Assistant Shauna Ward with Bonnie

Louisa said she was ‘shocked’ to see Bonnie with the can, adding: ‘Her tongue was trapped and I tried to remove it myself but the tin was so sharp I didn’t want to make it worse and badly cut her.

She explains: ‘I called PDSA to see if they could help and they told me to bring her straight in.’

Louise took Bonnie to Nottingham PDSA Pet Hospital where vets are running an emergency service during the Coronavirus lockdown.

Bonnie was seen immediately for urgent treatment but became increasingly distressed by the sharp tin digging into her tongue.

PDSA Vet Sarah Campbell told Louisa removing the can would be too risky to do while Bonnie was awake so the pooch was given an anaesthetic so it could be removed safely by the team. 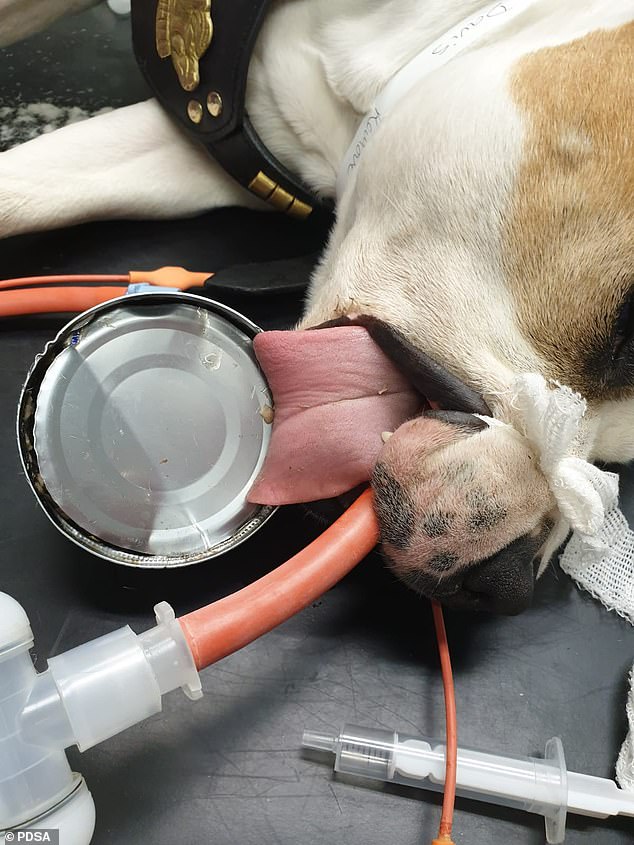 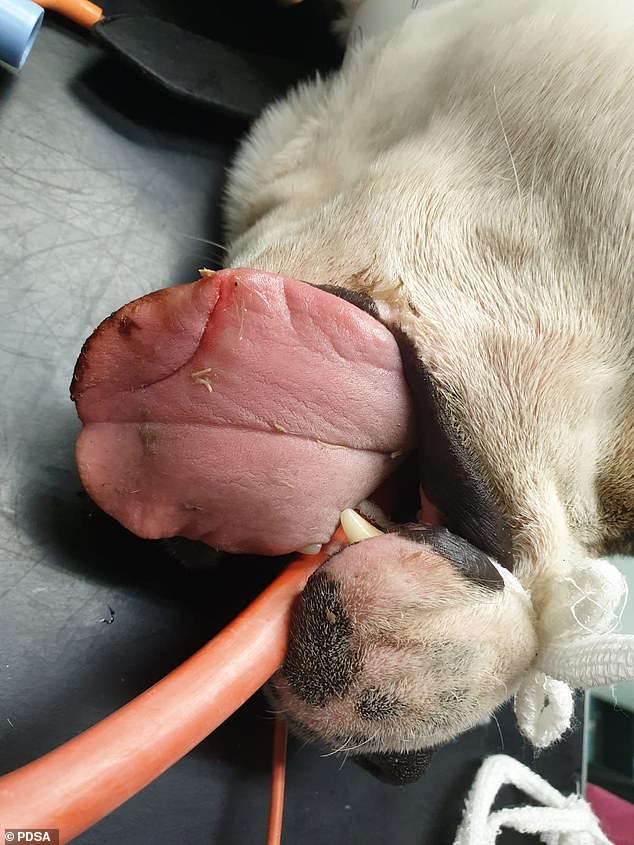 Despite not needing any stitches, Bonnie’s cut from the can can clearly be seen 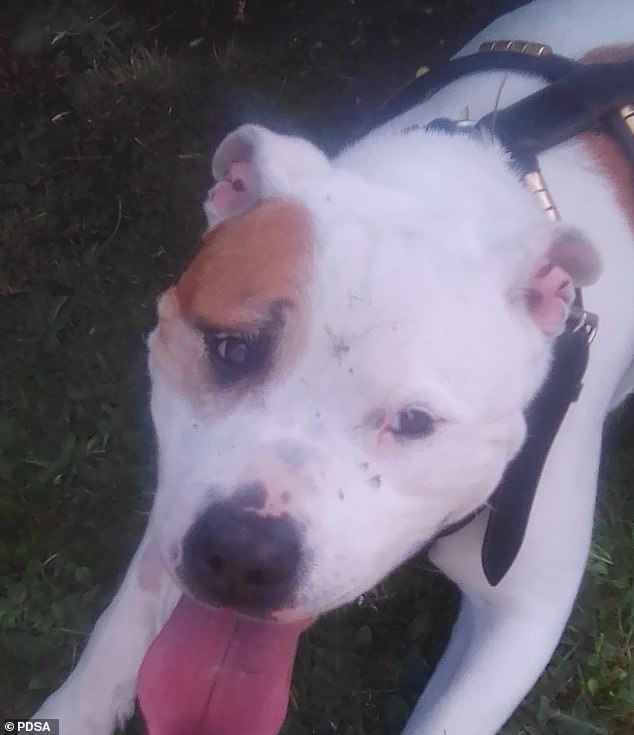 Vet Sarah says: ‘Once she was under the anaesthetic, the can was relatively easy to remove.

‘We were able to carefully remove it so the cut to her tongue was small and luckily she didn’t need any stitches.

‘It was a very unusual case to see, which could have become very serious if the tin had cut the tongue deeply.

It was a very unusual case to see, which could have become very serious if the tin had cut the tongue deeply…
PDSA Vet Sarah Campbell

‘But thankfully we were able to remove the can safely and Bonnie was able to go home the same day to recover from her ordeal.’

Louisa said she was incredibly grateful to PDSA for the treatment Bonnie received, especially during lockdown, as many vets are only open for emergencies.

She added: ‘Bonnie has never done anything like this before but it’s a lesson learnt and we’ll be keeping a close eye on her to avoid something like this happening again.’