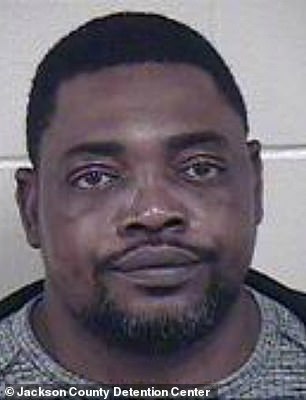 Ronayerin Ogolor, 51, a naturalized US citizen from Nigeria living in Missouri, has been sentenced to three years after pleading guilty to conspiracy to commit wire fraud for his role in a sprawling romance scam

A man from Missouri has been sentenced to three years in federal prison after he admitted to running an elaborate romance scam and bilking more than a dozen people in the US and abroad out of nearly $900,000.

Ronayerin Ogolor, 51, a naturalized US citizen from living in Kansas City, learned his fate on Tuesday. US Chief District Judge Beth Phillips also ordered the convicted con artist to pay $871,739 in restitution to his 13 victims.

In October 2019, Ogolor pleaded guilty to one count of conspiracy to commit wire fraud. He accepted responsibility for his role in a scam that targeted singles seeking love, some of them elderly, through Facebook and dating websites ChristianMingle.com and LetsHangout.com.

According to a statement from the US Department of Justice, since 2013, Ogolor and his accomplices created several bogus online dating profiles then contacted men and women throughout the United States, , and Europe, ‘with whom they cultivated a sense of affection and often romance.’

After establishing relationships with their ‘marks’ by communicating with them online and on the phone, Ogolor and his co-conspirators proceeded to ask money for hospital fees, travel expenses, ‘customs expenses,’ ‘golf import taxes,’ or investment opportunities.

The con men directed the lovelorn victims to wire transfer or deposit money into various bank accounts, including those opened and maintained by Ogolor.

Often after the victims handed over the money, the crooks claimed even more funds were needed ‘to release the package’ or ‘to pay customs expenses’ on money or gold.

In some instances, women sold their personal property, including houses and cars, to raise money for the greedy criminals.

Another component of the sprawling scam was business email hacking, where Ogolor and his cohorts fraudulently obtained checks from businesses with the help of their unsuspecting victims.

According to prosecutors, as part of the plot Ogolor opened several bank accounts in his name and in the names of sham businesses. The romance fraud victims wired and deposited their money and money from counterfeit or fraudulently obtained checks into Ogolor’s accounts. 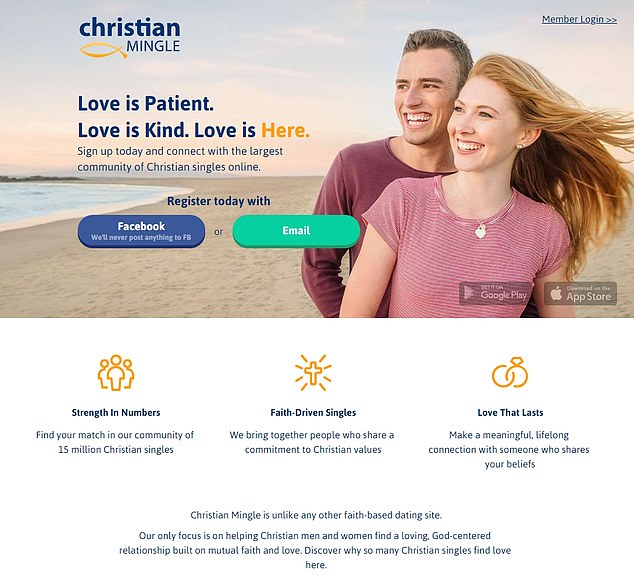 Federal prosecutors said Ogolor and his accomplices targeted singles, some of them elderly, through Facebook and dating websites like ChristianMingle.com (pictured)

Soon after receiving the fraudulently obtained the funds, Ogolor wired them to his co-conspirators or withdrew the money in cash.

Court documents refer to 13 victims from around the US and Italy who each sent tens of thousands of dollars to Ogolor. In one case, a widow from Indiana who received a friend request on Facebook was led to believe that one of Ogolor’s accomplices was a widower named ‘Lawrence Garrison’ working on an oil rig off the coast of Louisiana.

As reported, in 2015, Garrison sent the woman a picture of a $4million check, saying he would sign it over to her if she would cover his expenses until he could cash it. The fraudster claimed he needed $500,000 to tow a drill head to Ohio and pay his drilling crew. In total, the woman was defrauded out of $450,000.

Another victim in Texas, who believed a co-conspirator was a widower and US Army general deployed in Afghanistan, lost at least $300,000 to the con artists.

Other variations on the scam involved another bogus oil rig worker who claimed he needed money to cover the import tax on $6million in gold waiting for him in Qatar, and a third oil rig worker who was trying to raise $1,500 for his daughter’s school tuition while waiting for a $2.6million payout from Saudi Arabia.

After five years of bilking men and women out of hundreds of thousands of dollars, Ogoler’s luck ran out in October 2018, when federal agents picked him up at Kansas City International Airport as he was preparing to board a flight to Frankfurt, Germany.