The have confirmed that they are looking into former contestant Misha B’s accusations of bullying on the show and are reaching out to her.

In a statement sent to MailOnline, they said they are ‘very concerned’ about her claims and are ‘committed to diversity and equality.’

Their words come after then-judge Tulisa, 31, apologised for the ’emotionally immature’ public spat but denied being racist. 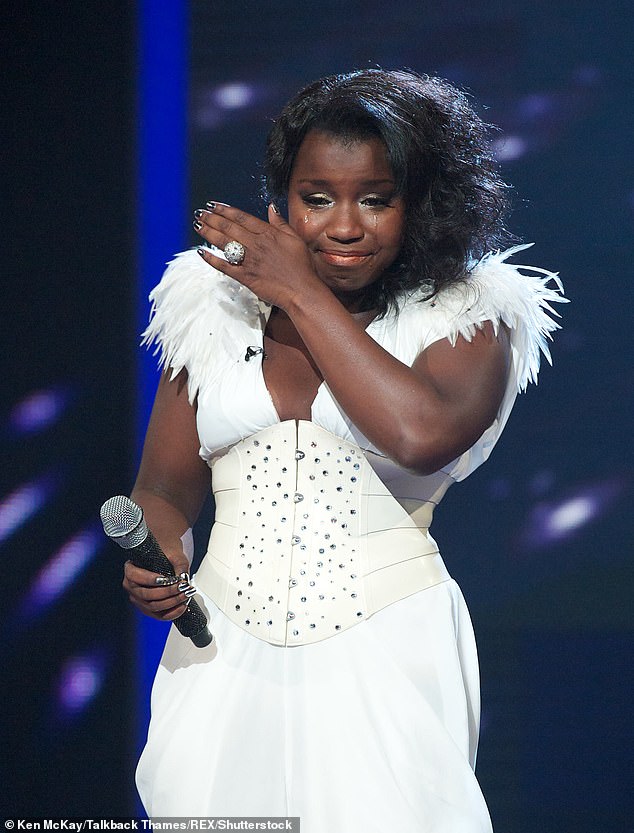 EXCLUSIVE: ‘We are committed to diversity and equality’: X Factor have said they’re reaching out to former contestant Misha B and are investigating accusations of bullying on the show

An X Factor spokesperson said: ‘We are very concerned to hear Misha’s comments regarding her experience on The X Factor in 2011.

‘We are currently looking into this matter and are reaching out to Misha to discuss the important issues she has raised.

‘The welfare of contestants is our priority and we are committed to diversity and equality.’

In her original post, Misha B, who was a favourite to win under the guidance of judge Kelly Rowland, accused the ITV show of scripting a bullying ‘storyline’ to sabotage her chances at winning the competition when she was just aged 19.

On Sunday, she shared a clip of one of her tense moments with then-judge Tulisa before appearing on an Instagram Live where she claimed the spat was racially motivated. 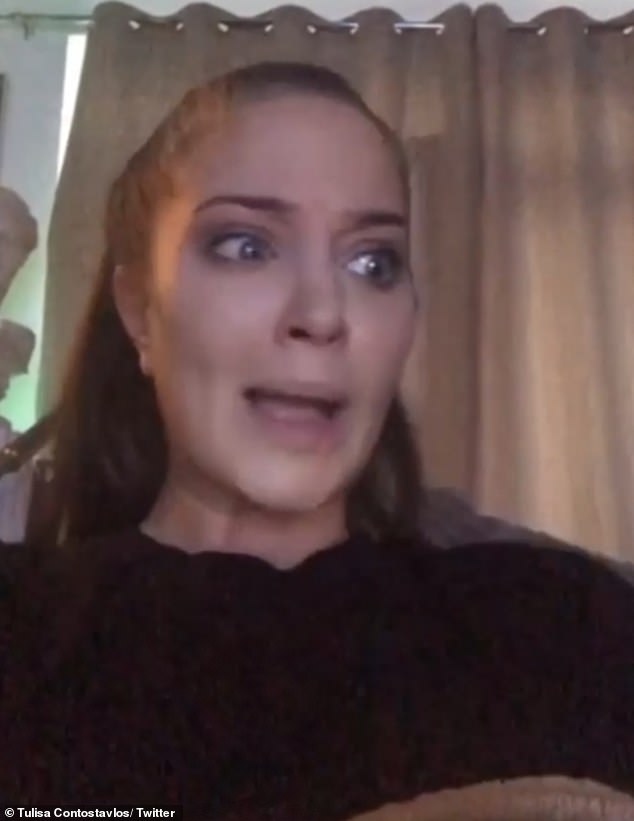 Not me: Tulisa has since hit back, insisting to followers on Instagram: ‘I do not have a racist bone in my body’ after she publicly called out Misha on the show

The N-Dubz star, 31, has hit back, as she took to the photosharing site in the early hours of Tuesday morning to share an impassioned message in which she insisted to followers: ‘I do not have a racist bone in my body’.

During the third live show in 2011, judges Tulisa and Louis Walsh accused Misha of being a bully, which left her feeling suicidal. She shared a clip of the bullying row and wrote that she has ‘received many calls and messages regarding this incident.’

Later, during an hour-long Instagram Live, Misha claimed that X Factor producers told the judges to accuse her of bullying other contestants, leading to Tulisa and Louis calling her ‘feisty’ ‘over-confident’ and ‘mean,’ live on air.

Clearly upset by the accusations, Tulisa took to social media to respond to Misha, as she shared a video which denied any racist accusations while also apologising for how she handled the incident – while maintaining claims of Misha’s poor behaviour. 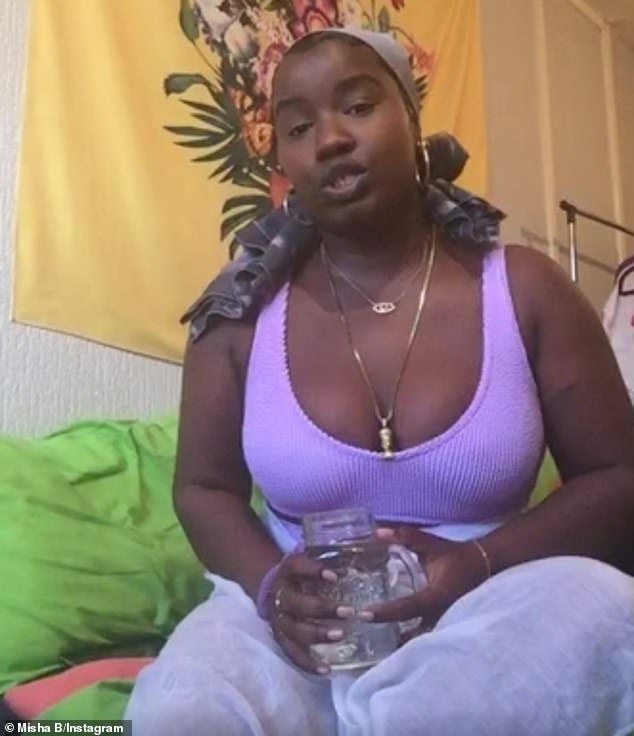 Speaking out: X Factor star Misha B accused the ITV show of scripting a bullying ‘storyline’ to sabotage her chances at winning the competition in an impassioned post

She said: ‘So I’m making this video in response to a video Misha B has done, and also false accusations online. I’m not taking away from the fact of how she feels…

‘I accept that she is entitled to her opinion and I’m sorry that she feels that situation was racially motivated… I can only speak from my side of the story which I can say it 100% was not. One thing I regret is calling her out publicly which I did…

‘If I was the person I am today, as somebody who is more emotionally intelligent who has more life experience, I would have handled in a different way…

‘I am truly sorry for that and I regret it. For her to make claims that it was racially motivated is ludicrous. There had been an accumulation of things that Misha had done to other contestants and my contestants backstage… 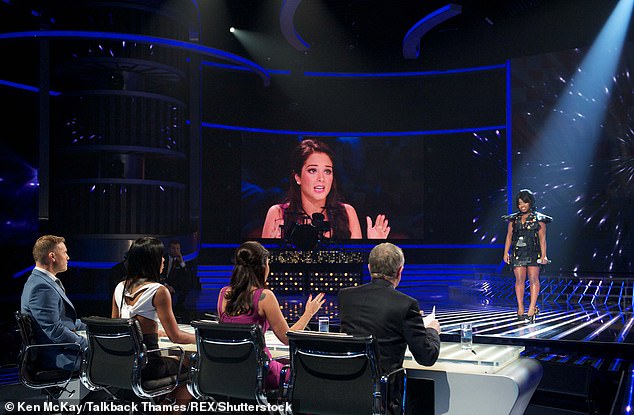 Row: During the third live show in 2011, judges Tulisa and Louis Walsh accused Misha of being a bully live on air, claims which Misha says left her suicidal

‘She made two of my acts cry – one of them being on the night I made those comments. After that, backstage she asked me: ‘Why did you do it?’ and I said: ‘Why did you do what you did to my acts?’…

‘To this day I didn’t find her excuse feasible. I still don’t agree with it. I called a lot of people out on that show – white, black, short, tall. It’s nothing to do with skin colour…

‘I was protecting my acts and if somebody does some nasty stuff – whether it’s on that show or not, I’m gonna call her out on it. I didn’t wake up that day and think I’m gonna call Misha out because of the colour of her skin…

‘She did some things that I felt I needed to pull her up one. They were real and happening. I was dealing with crying contestants. I’m sure she’s not the same person. This was 10 years ago. Same as I’m not the same person who would call her out the way I did. I was a very feisty 22-year-old… 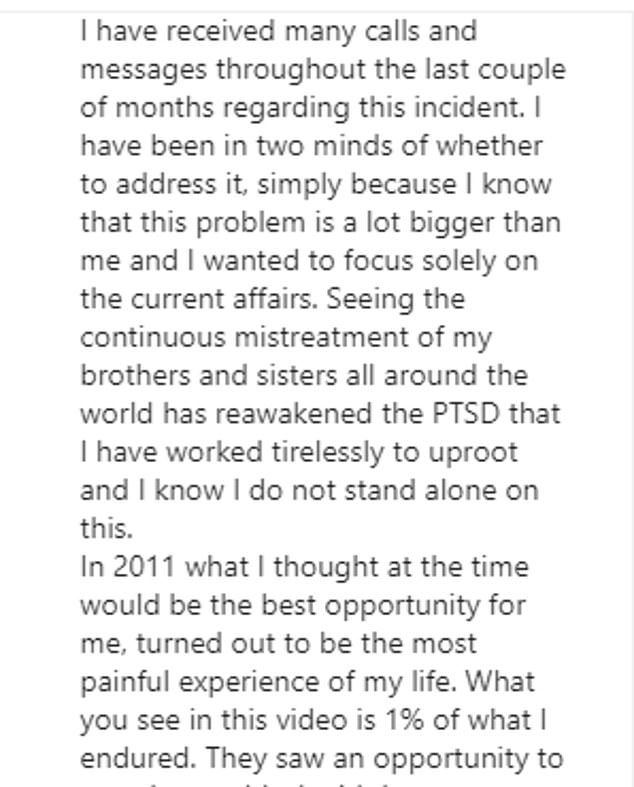 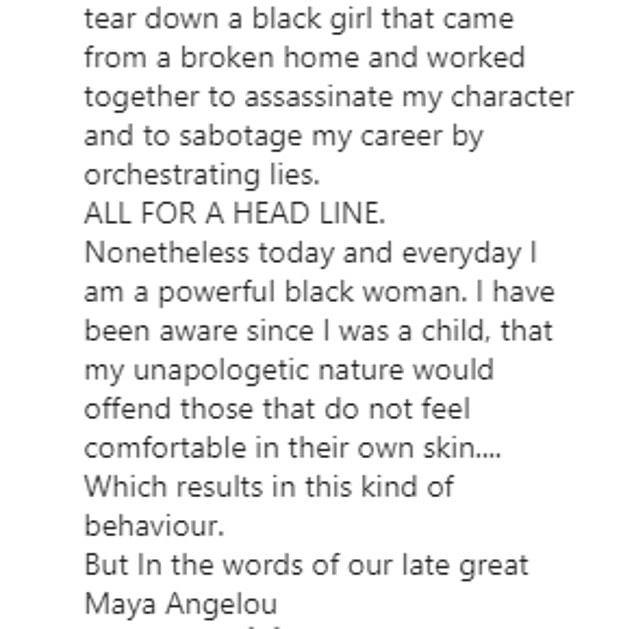 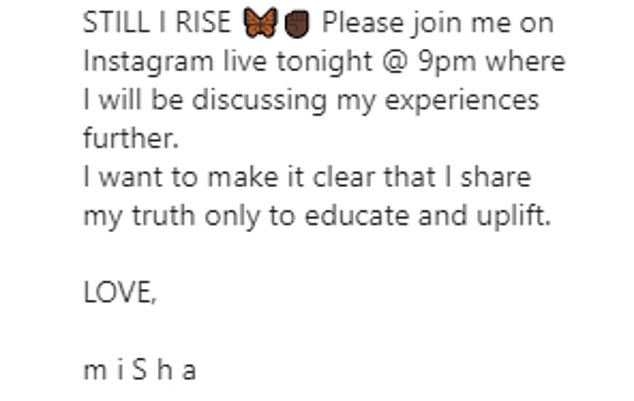 ‘Sabotage’: On Sunday Misha shared a clip of the bullying row on Instagram, writing ‘they worked together to assassinate my character and to sabotage my career by orchestrating lies’

‘I didn’t think of emotional consequences but I can tell you race wasn’t in the equation. It had nothing to do with race these accusations are ludicrous…

‘I owe my life to black people and black culture. From my career, to the music I make, to my very being, who I am as a person. I was the only white person in my friendship group, my father was raised in the Congo till he was 16…

‘I hope this movement can put an end to the centuries of oppression, of abuse of racism and corrupt system we are part of. Please believe me when I tell you that I do not have a racist bone in my body.’

She added a caption on the video reading: ‘I have witnessed black people being torn down in the industry, especially black women. It is a very real and serious issue.

‘But my issue at that time was a response to actions, and was in no way shape or form about race. I have never and will never take part in any oppressive or racist agenda.’

In Misha’s original video, she said: ‘Seeing the continuous mistreatment of my brothers and sisters all around the world has reawakened the PTSD that I have worked tirelessly to uproot and I know I do not stand alone on this.’ 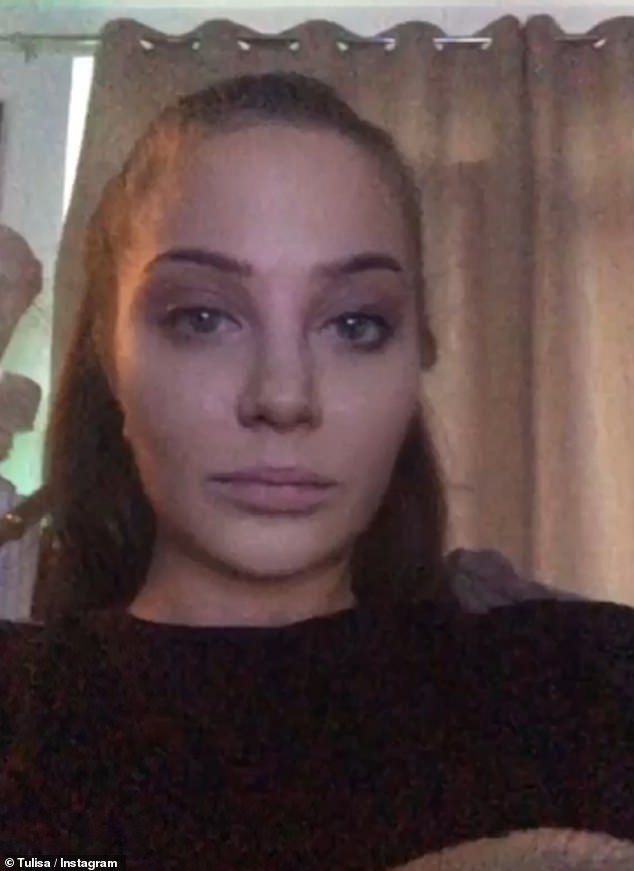 Responding: Tulisa has apologised for the emotionally immature public spat – she was only aged 22 herself at the time

‘In 2011 what I thought at the time would be the best opportunity for me, turned out to be the most painful experience of my life.’

‘What you see in this video is 1% of what I endured. They saw an opportunity to tear down a black girl that came from a broken home and worked together to assassinate my character and to sabotage my career by orchestrating lies.’

Later, during an hour-long Instagram Live, Misha claimed that X Factor producers told the judges to accuse her of bullying other contestants, leading to Tulisa and Louis calling her ‘feisty’ ‘over-confident’ and ‘mean,’ live on air.

‘I could feel Louis was on verbal violence. Louis has then said something about me being confident, but then he says maybe I’m too over confident. Let me just make this very clear, these judges spent a maximum of 1 per cent time with me and their contestants, apart from Gary [Barlow] and Kelly [Rowland],’ Misha said.

Misha continued: ‘My understanding is you created this whole narrative of me being over confident because I’m black and in your eyes black girls should not be confident, black girls are just one off.’

Moving onto Tulisa, Misha accused the judge of having ‘every line scripted before she even opened up her mouth’

”Feisty’ she threw, followed by ‘mean,’ common words used to describe black women. This woman spent zero time with me,’ Misha claimed, adding that the next day both Tulisa and Louis apologised.

‘The only conversation this woman [Tulisa] had with me was after this happened when she gave me a halfhearted apology.’

Misha said she felt like ‘my whole world stopped,’ after the incident live on air, before she went backstage and cried. Later, the singer said she had suicidal thoughts, telling her fans:

X Factor judge Gary Barlow opened up about the incident in his book A Better Me a few years later, claiming that bosses on the show told the judges to use the bullying line.

‘About half an hour before the show goes live, the producers would come in and they’d go, “Oh my God. That Misha. She’s a bully. 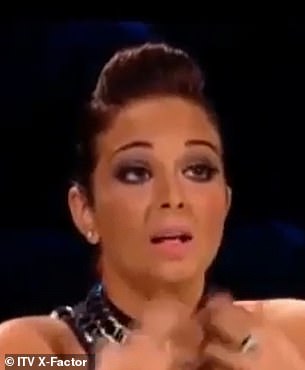 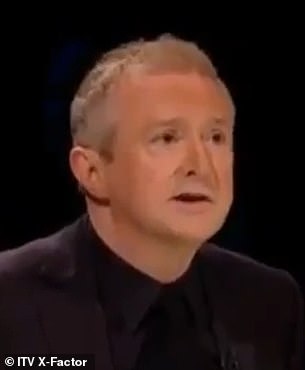 ‘Scripted’: During an hour-long Instagram Live, Misha claimed that X Factor producers told the judges to accuse her of bullying other contestants, leading to Tulisa and Louis calling her ‘feisty’ ‘over-confident’ and ‘mean,’ live on air

Lydia Vibrant pokes enjoyable at her heavy pretend tan in TOWIE throwback
Brigitte Nielsen poses in 'paradise' with daughter Frida in Italy
Holly Willoughby's I'm A Celebrity wardrobe cost £19,000
The Bachelor's Osher Gunsberg reveals he and pregnant wife Audrey are expecting a baby BOY
The Bachelor: Matt Agnew's relationship with winner is ALREADY in trouble
Ryan Seacrest sparks rumors he's back with Shayna Taylor after the two enjoy a walk together
Coronation Street SPOILER: Christmas Day gun siege set for a 'tragic twist'
Mandy Moore shows off her muscular arms in a tank top as she carries two boxes of food