She’s been urging her social media followers to stay safe during the pandemic.

But Kelly Osbourne clearly believes that there’s little risk involved in going out for dinner now that Los Angeles has eased lockdown restrictions.

The British TV personality, 35, arrived at celebrity hotspot Craig’s on Monday night, dropping her mask to get her picture taken. 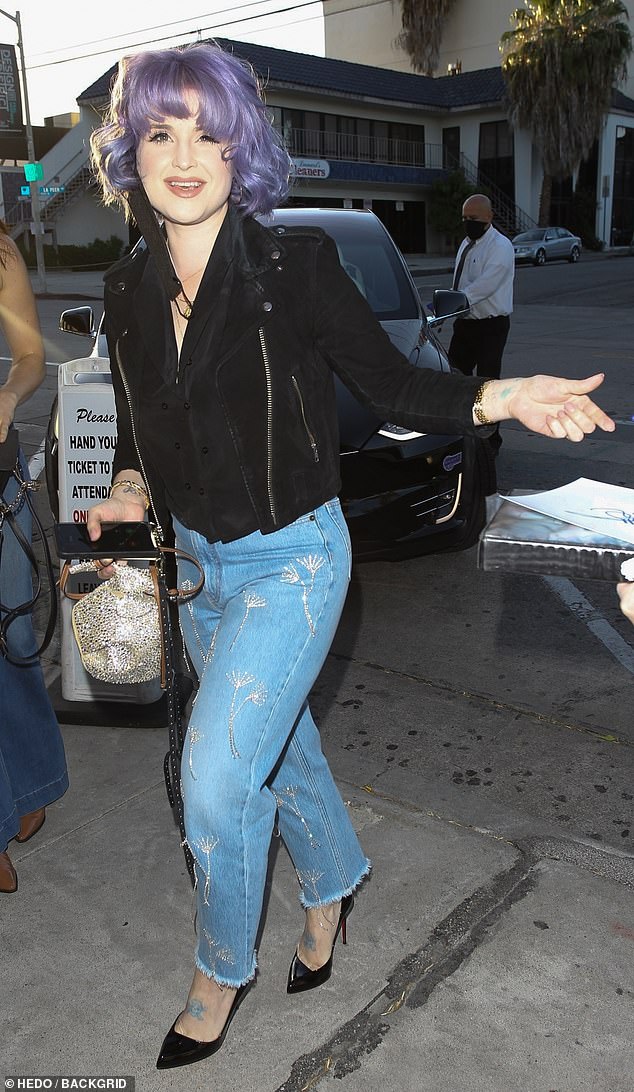 Ready to mingle: Kelly Osbourne arrived at Craig’s in West Hollywood for dinner on Monday night as Los Angeles eases lockdown restrictions amidst the coronavirus pandemic

Kelly, who was accompanied by her sister Aimee, even paused to sign autographs for fans waiting outside the venue.

She was then seen getting her temperature checked before entering the eatery.

The former star of reality show the Osbournes continues to sport a purple hairdo.

For her night out, she paired a black suede jacket with blue embellished jeans and black heels. 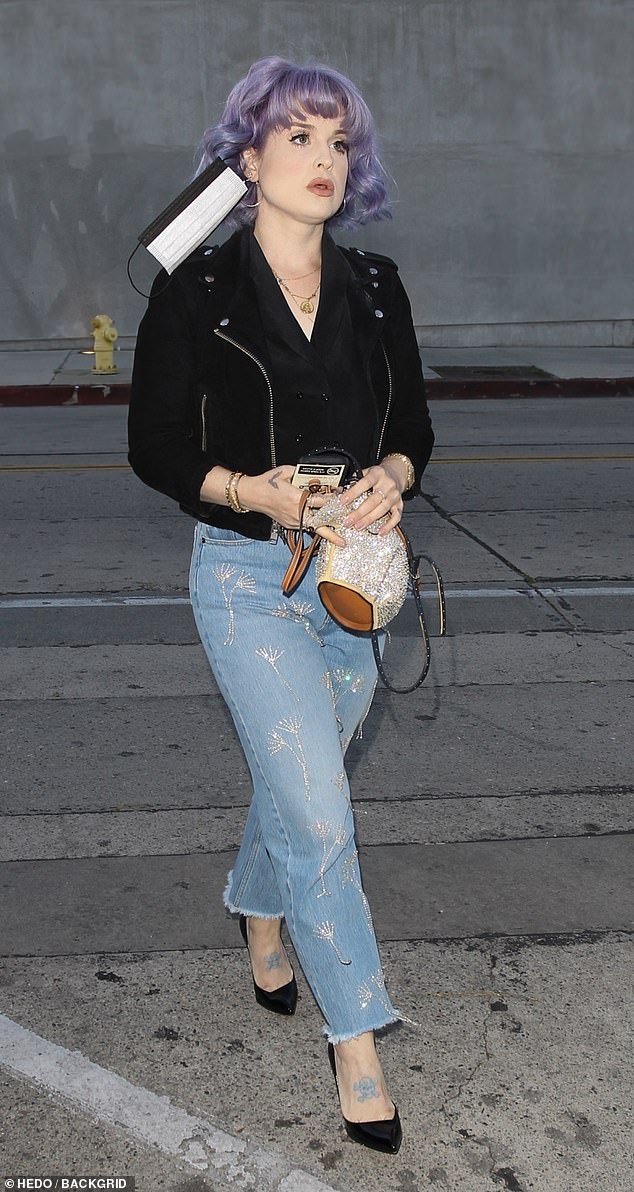 Media savvy: The British TV personality, 35, who these days is sporting a purple hairdo, dropped her mask to get her picture taken as she entered the celebrity hotspot 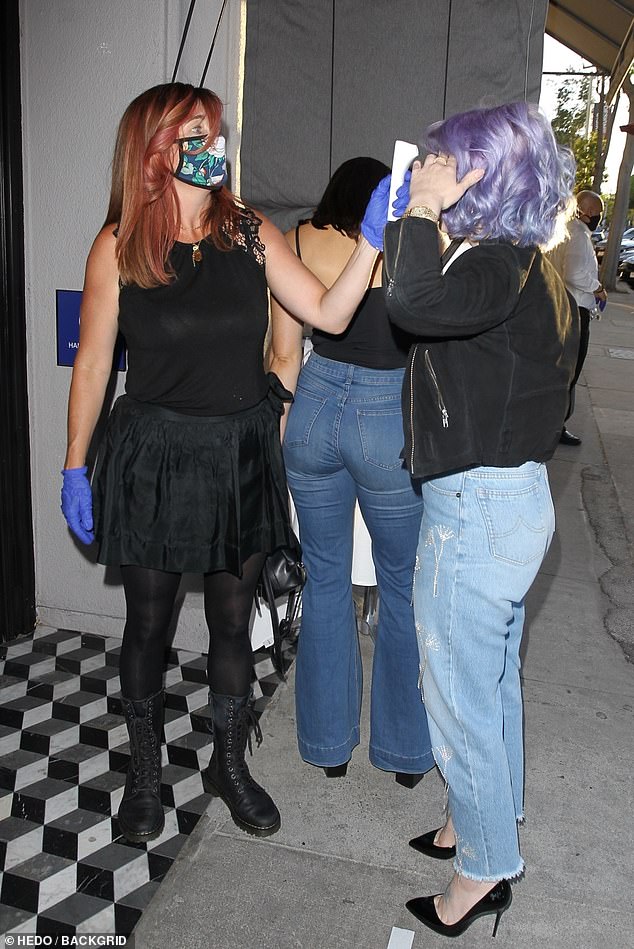 Precautions: Kelly, who was accompanied by her older sister Aimee, was seen getting her temperature checked before being allowed into the eatery 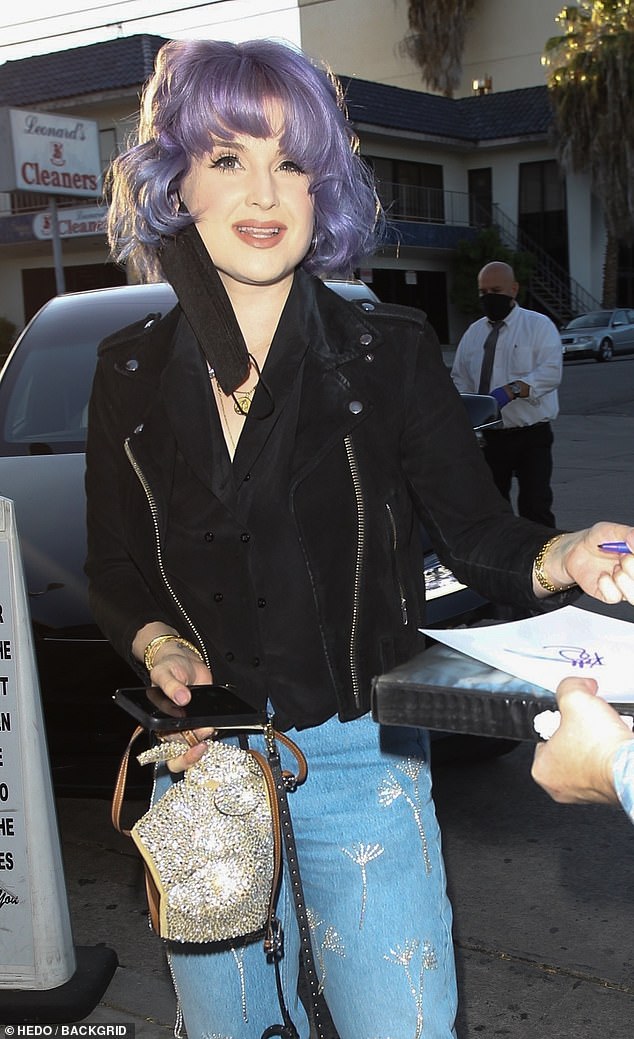 Celebrity: For her night out, she paired a black suede jacket with blue embellished jeans and black heels, and paused to sign autographs for waiting fans on her way in

Kelly is the younger daughter of heavy metal rocker Ozzy Osbourne and his manager Sharon Osbourne.

She found fame on the family’s E! reality series that ran from 2002 to 2005 and also starred her brother Jack.

Aimee, Sharon and Ozzy’s oldest child, refused to participate in the  show.

Kelly has since translated reality show fame into a career as a media personality. 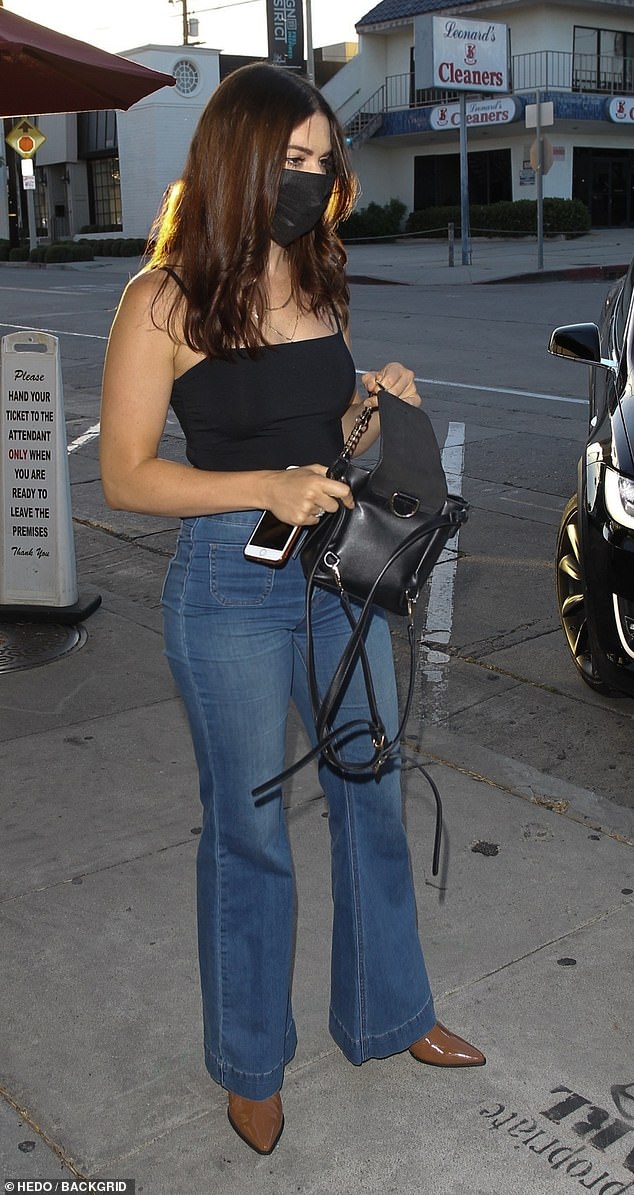 Aimee Osbourne, 36, has remained out of the spotlight unlike her family members and refused to appear in reality series The Osbournes that made her parents and siblings famous in the US 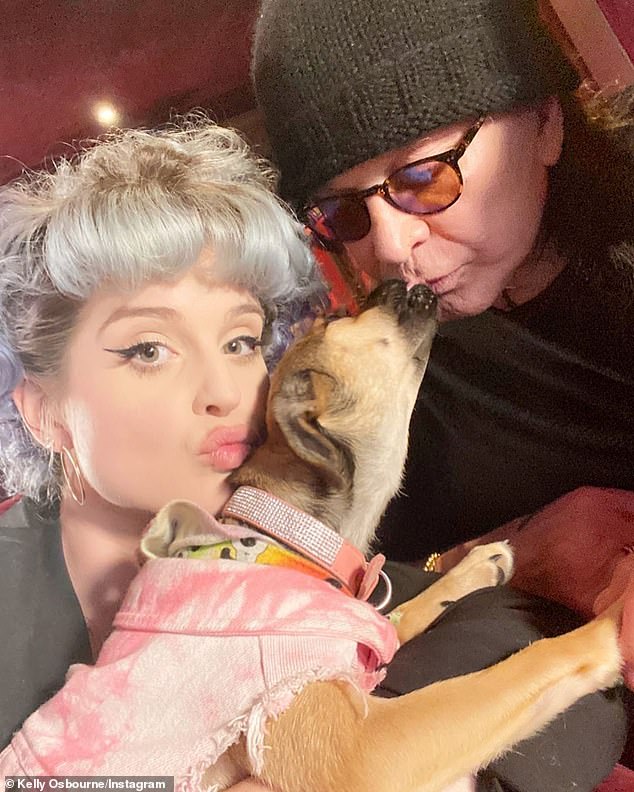 Famous: At the weekend, Kelly shared this photo to Instagram of herself with her dad Ozzy and one of their pups