He recently spoke out about being grateful for all the ‘couple time’ he has been able to have with wife Sophie Turner due to the lockdown.

And on Friday morning, Joe Jonas, 30, and Sophie were spotted enjoying a drive around Los Angeles.

Sophie, 24, is reportedly pregnant with their first child, but neither have confirmed the baby news. 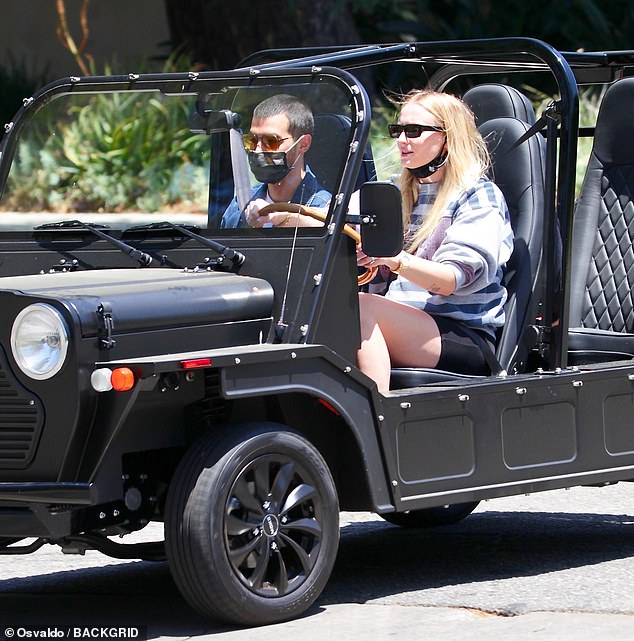 Sophie opted for a striped sweater, which she wore pushed up over her elbows, covering up her reported baby bump.

The Game of Thrones star wore black shorts with matching sunglasses, with her mask pulled down her chin.

Meanwhile, in the passenger seat sat Joe, who wore a T-shirt with a colorful jacket, wearing a mask over his face.

Sophie and Joe married in Las Vegas on May 1, 2019 at the A Little White Wedding Chapel after the Billboard Music Awards. 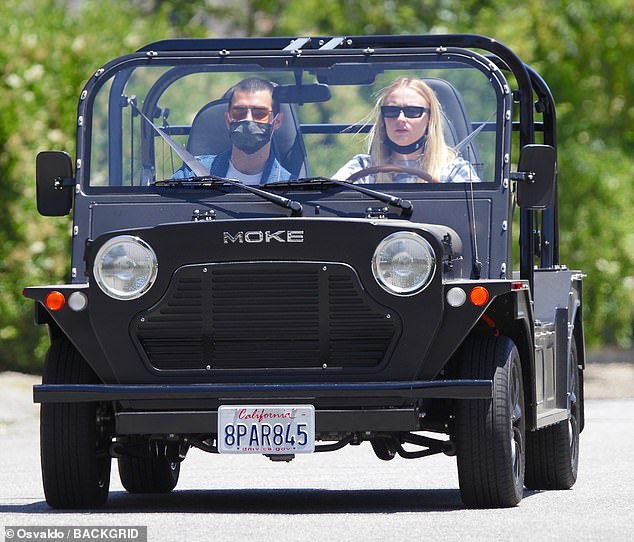 Drive around the city: Sophie, 24, is reportedly pregnant with their first child, but neither have confirmed the baby news

The singer and the actor had a wedding with family and friends present in France on June 29, 2019.

Though neither have confirmed the baby news, Sophie’s burgeoning bump has become harder and harder to conceal from the public eye during their outings.

During Joe’s Actually Me that occurred last week, he gave fans a detailed overview on what happened during their Vegas nuptials.

‘We had to get legally married in the States, so we though it would be really fun to get all of our friends, invite them out [to Vegas], and do an impromptu wedding,’ he explained. 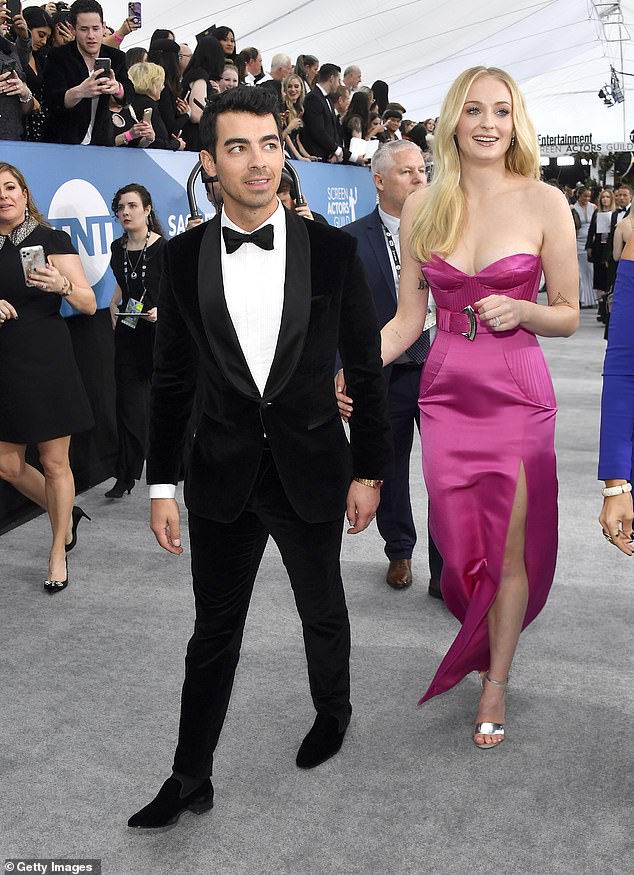 Lovebirds: During Joe’s Actually Me that occurred last week, he gave fans a detailed overview on what happened during their Vegas nuptials; pictured January 19, 2020 at the 26th Annual Screen Actors Guild Awards in Los Angeles

‘And we actually had some people that I didn’t even know that well there. Some people [in attendance] I am now closer with! Khalid was there! That was cool. And Diplo decided to livestream the whole thing.’

Since Sophie has been hunkered down in Los Angeles with Joe amid COVID-19, one internet user was curious to know if the Game Of Thrones star had ‘gotten sick of being around [Joe] 24/7 yet.’

Joe let out a giggle before explaining that the pair are actually thankful for this time together due to their often hectic and conflicting work schedules.

‘[The Jonas Brothers] are always on tour, 90-some cities, and she was filming elsewhere,’ he said.

He also admitted that him and Sophie have ‘been making a lot of pasta dishes during this quarantine.’