Car rental company Hertz filed for Chapter 11 on Friday after failing to reach a standstill agreement with its top lenders,  reports.

The Floriday-based firm began bankruptcy protection proceedings in the U.S. Bankruptcy Court in Wilmington, Delaware, in an attempt to avoid a forced liquidation of its vehicle fleet after bookings dropped off overnight due to the coronavirus pandemic.

‘Today’s action will protect the value of our business, allow us to continue our operations and serve our customers, and provide the time to put in place a new, stronger financial foundation to move successfully through this pandemic and to better position us for the future,’ Chief Executive Paul E. Stone said.

Hertz is the second-largest car rental company in the US, with around 770, 000 vehicles in its fleet – but they do not own the automobiles outright, and instead lease them through ‘separate financing subsidiaries’

The company – which also operates the Dollar and Thrifty brands – had been holding talks with creditors after skipping significant car-lease payments due in April.

The bankruptcy filing makes Hertz one of the most prominent companies to default amid the coronavirus pandemic. Clothing brand J. Crew and department stores Neiman Marcus and JCPenney have also declared bankruptcy in the past month.

The Wall Street Journal reports that the company has hired FTI Consulting Inc. as a restructuring advisor. 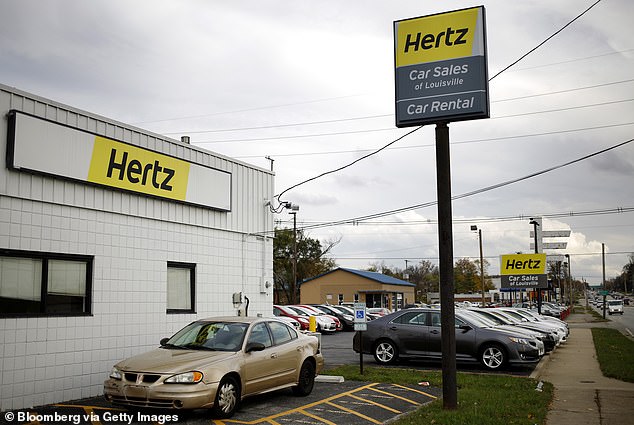 Car rental company Hertz filed for Chapter 11 after failing to reach a standstill agreement with its top lenders, The Wall Street Journal reports

Car-rental companies have been hit hard by the COVID-19 outbreak, as travel plummets and people shelter in place. Shares of Hertz have fallen 75% this year – and dropped a further 7.5% on Friday.

Last month, the company laid of 10,000 North American employees amidst the crisis.

At the time,  Hertz’s Chief Executive Kathryn Marinello said the pandemic had caused ‘a major business disruption as global travel demand dropped to almost zero and the U.S. used-car market effectively shut down.’

On Monday, Marinello – who was the third CEO since 2010 – was replaced by the company’s executive vice president Paul Stone.

The Wall Street Journal reports that Hertz has roughly $19 billion of debt.

That staggering amount is made up of ‘$4.3 billion in corporate bonds and loans and $14.4 billion in vehicle-backed debt held at special financing subsidiaries’. 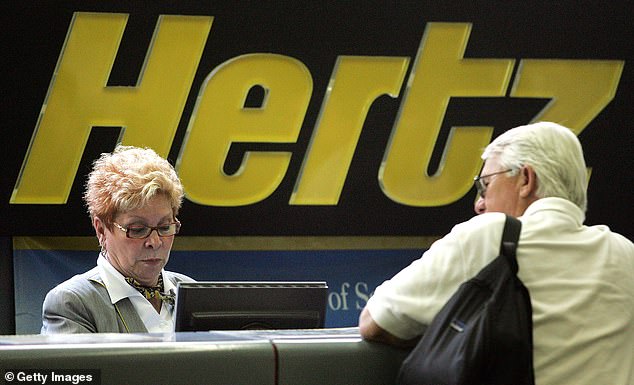 Last month, the company laid of 10,000 North American employees amidst the crisis

Nats urge regional council drought assist
Gerard Butler shares a meal with school children in Haiti
Uber driver guilty of death of a British man, 30, who died after opening cab door into oncoming bus
William and Kate WILL spend Christmas Day with Harry and Meghan and the Queen at Sandringham
Netflix begs fans not to do #BirdBoxChallenge for their safety film sparks social media craze
Aristocrat 'does a Prince Harry' by marrying US actress who even starred in the same show as Meghan
How well-meaning parents are being deceived about the bogus dangers of life-saving vaccines
Moment out-of-control Range Rover smashes into a lamp-post