Australia has today threatened to take China to the World Trade Organisation to settle an export dispute which is overshadowed by a row over the coronavirus pandemic.

Canberra says it ‘reserves the right’ to argue its case at the WTO after Beijing slapped an 80 per cent tariff on Australian barley exports.

China’s move is widely seen as an act of retaliation after Australia demanded an investigation into the origins of the virus, although Beijing denies this.

Britain and dozens of other countries have backed Australia’s calls for an inquiry, sparking fears of a global trade war if China takes similar retaliatory measures.

The World Health Organisation yesterday agreed to launch a probe but China says it is ‘nothing but a joke’ for Australia to take credit for it.

To add to the tension, Donald Trump last night renewed his attack on the WHO – which he regards as biased towards China – by threatening to quit the body altogether. 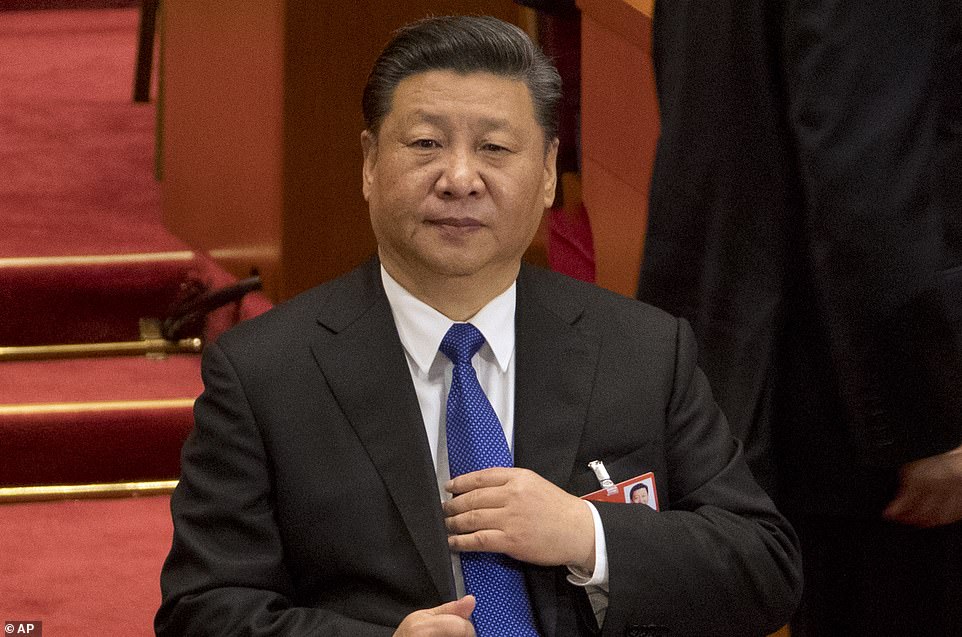 Chinese leader Xi Jinping, pictured, says his country is willing to support a coronavirus inquiry – but Beijing’s new tariff on Australian barley is widely seen as retaliation after Canberra demanded a probe 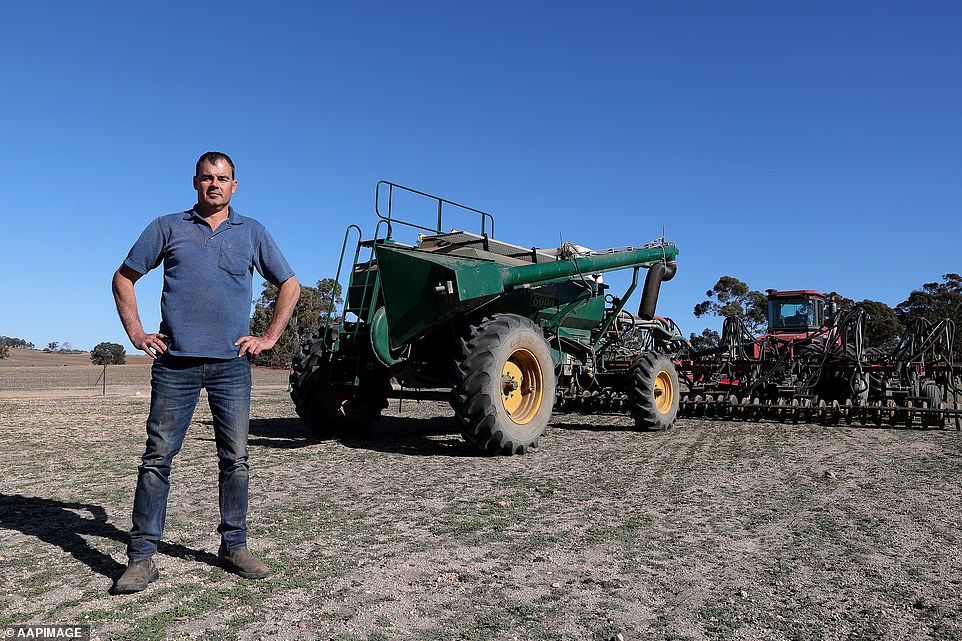 Beijing’s stated reason for the tariff is an allegation that Australian barley subsidies and dumping tactics had ‘substantially damaged domestic industry’ in China.

‘To say that I’m disappointed is an understatement,’ the minister said. ‘This is something that we will strongly reject, the premise that the Australian barley farmer is subsidised in any way, shape or form.

‘We will now work through the determination by Chinese officials, calmly and methodically, and reserve our right to go to the World Trade Organisation to get the independent umpire to make that determination.’

Australian barley growers say the Chinese tariff could cost them at least 500million Australian dollars (£270million or $330million) per year.

The government says that barley farmers will now seek to pursue other export markets, including in the Middle East, but filling the hole left by Beijing will not be easy.

China imported 2.5million tonnes of Australian barley in the last financial year, more than 50 per cent of Australia’s barley exports. The second-biggest importer was Japan with only 800,000 tonnes.

Beijing has been investigating Australian barley exports since 2018 and claims that the new tariff is unrelated to the pandemic, but experts believe the timing is significant.

‘The fact that it’s come out now and the fact they have increased the dumping duty by about 20 per cent beyond what was initially requested by China’s industry – this would be related to Australia’s position,’ said Weihuan Zhou, an international law expert at the University of New South Wales. 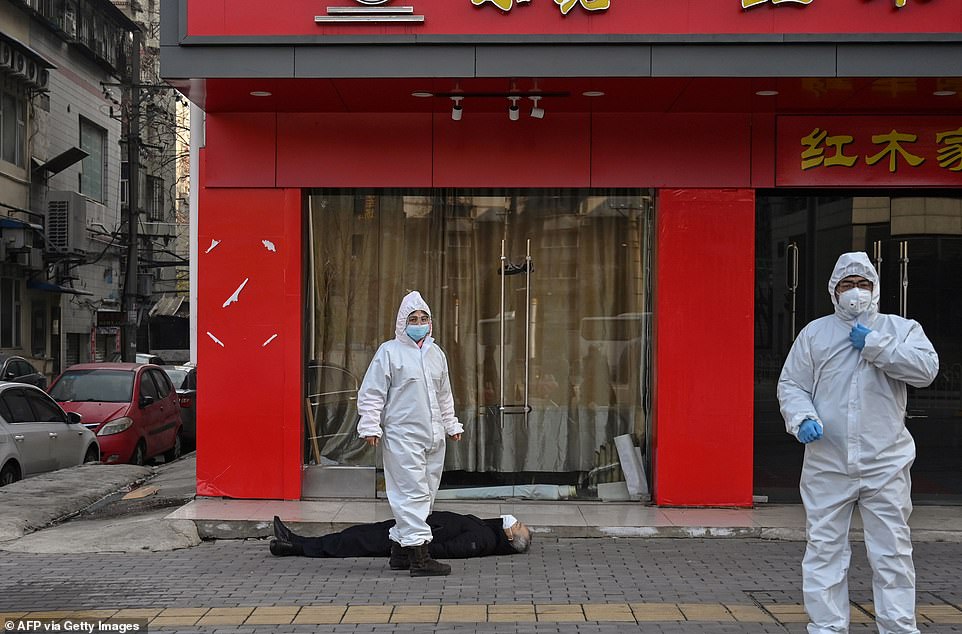 Chinese health workers in protective suits surround the body of a man who died in Wuhan – the city where the outbreak began – in January this year. A full inquiry would heap scrutiny on Communist Party officials

China’s ambassador in Canberra last month hinted at a boycott of Australian goods such as beef and wine over what Beijing regarded as unfriendly calls for an investigation.

Tensions between the two have escalated several times in recent years, including over a ban on Huawei building Australia’s 5G network and Australia closing its border to Chinese citizens earlier this year.

A full investigation into the origins of the virus – backed by Donald Trump – would heap unwanted scrutiny on Communist Party officials in China, where the outbreak began late last year.

The WHO yesterday backed a ‘comprehensive evaluation’ which was sought by a coalition of African, European and other countries.

More than 100 nations on Sunday pledged their support to the inquiry, including the entire 27-member  along with New Zealand, Indonesia, Japan, the UK, India, , Russia, Mexico and .

U.S. Health and Human Services Secretary Alex Azar said Monday it was time to be frank about why COVID-19 has ‘spun out of control.’

‘There was a failure by this organization to obtain the information that the world needed and that failure cost many lives,’ Azar said.

Australian foreign minister Marise Payne said the resolution, which included a promise of ‘an examination of the zoonotic origins of the coronavirus’, had met Australia’s requirements.

However, China’s embassy in Australia said it was ‘nothing but a joke’ to say the WHO’s decision was a ‘vindication of Australia’s call’, claiming the resolution adopted was ‘totally different’.

Chinese leader Xi Jinping told a virtual session of the World Health Assembly that his country would support an independent probe into the origins of the outbreak, but only when the pandemic is over.

Xi defended his country’s response to the crisis, saying China had acted ‘with openness and transparency’. He also announced would provide $2 billion to help respond to the outbreak and its economic fallout.

Donald Trump took the row with China further last night when he threatened to permanently cut off funding for the WHO, which he has accused of bias towards Beijing.

The president has raged at the WHO’s ‘political correctness’ and blames it for facilitating the spread of the virus with a ‘disastrous decision to oppose travel restrictions from China’ in the early weeks of the outbreak. 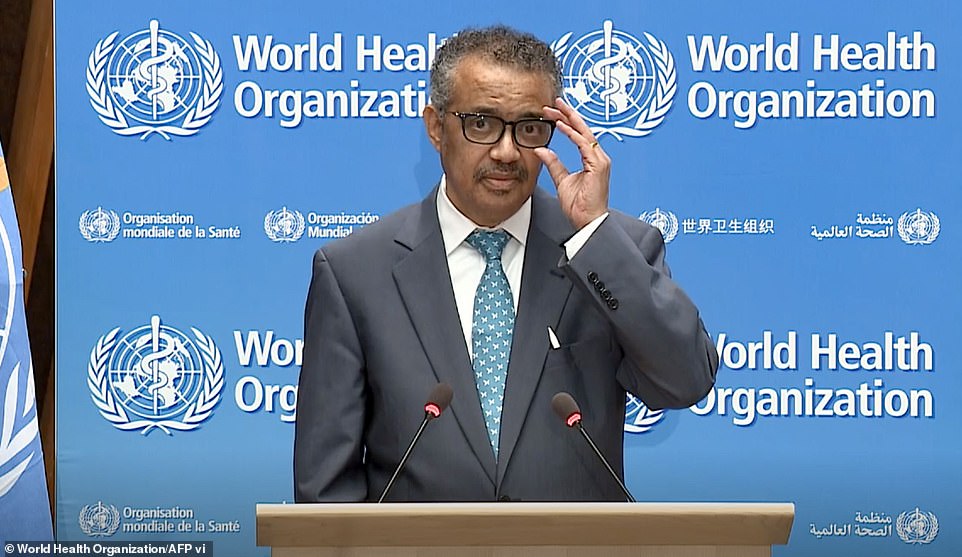 Tedros Adhanom Ghebreyesus (pictured at WHO headquarters in Geneva yesterday), the head of the World Health Organisation, has come under growing pressure over the body’s handling of the pandemic 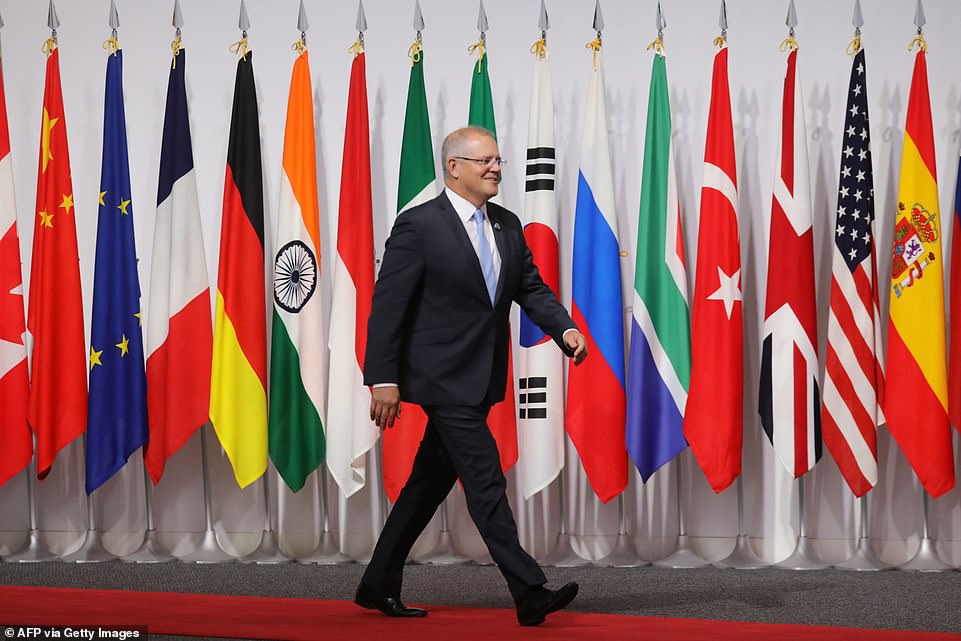 A coalition of more than 100 nations have supported Australia’s call for an independent probe into the origins of coronavirus (pictured, Australian PM Scott Morrison)

Trump suspended US funds last month and has now threatened to quit the body altogether if it does not make ‘major substantive improvements within the next 30 days’.

‘The only way forward for the World Health Organization is if it can actually demonstrate independence from China,’ Trump said in a letter to WHO chief Tedros Adhanom Ghebreyesus.

Trump also claimed that the WHO had ‘ignored credible reports’ about the virus in December 2019 or earlier, ‘including reports from the Lancet medical journal’.

The editor of the Lancet, Richard Horton, today rebuked Trump and said no such reports had existed.

‘The Lancet did not publish any report in early December 2019, about a virus spreading in Wuhan. The first reports we published were from Chinese scientists on January 24, 2020,’ he said.

The UK has also supported the call for an inquiry, saying China faces ‘hard questions’ about the source of the coronavirus pandemic, adding there would have to be a ‘deep dive’ into the facts around the outbreak.

Foreign secretary Dominic Raab said last month that relations would not go back to ‘business as usual’ between the UK and China after the pandemic eases.

A Foreign Office spokesman said yesterday: ‘There will need to be a review into the pandemic, not least so that we can ensure we are better prepared for future global pandemics. The resolution at the World Health Assembly is an important step towards this.’ 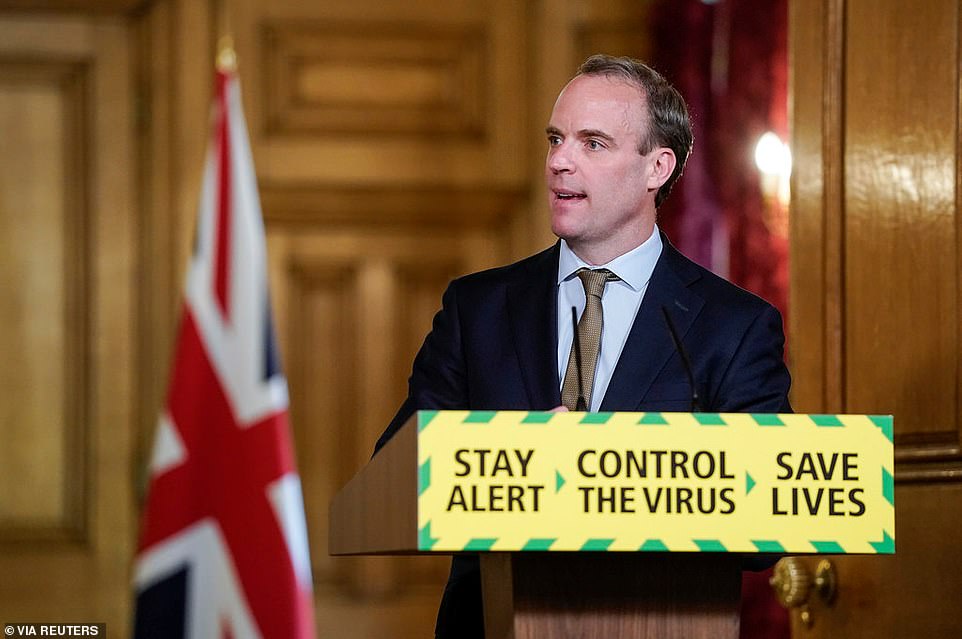 EU spokeswoman Virginie Battu-Henriksson said several key questions needed to be answered as part of a review: ‘How did this pandemic spread? What is the epidemiology behind it? All this is absolutely crucial for us going forward to avoid another pandemic of this kind.’

Several Tory MPs have called on China to face questions over its handling of the crisis, while a poll revealed last month that an overwhelming majority of Britons believe Boris Johnson should demand an international investigation into China’s actions in the early stages of the outbreak.

Over 80 per cent of people in the UK want Beijing to face a global inquiry into what happened, according to a poll commissioned by the Henry Jackson Society think tank.

Meanwhile, seven in ten people believe ministers should try to take legal action against the Chinese government if it is found to have broken international law in relation to its outbreak response.

At the end of last month, the government stopped publishing China’s coronavirus death figures alongside its own, in a nod to claims that Beijing was covering up the true extent of the outbreak in the country.

However, China hit back at the UK last week, with Beijing’s state-controlled Global Times claiming that Britain would need a ‘miracle’ to get out of the health crisis as it condemned London’s response to COVID-19 as ‘flippant’ and ‘ill-prepared’.

The Communist newspaper slammed Boris Johnson for telling people to go back to work before setting up a track-and-tracing system. It accused the Prime Minister of prioritising the economy over virus control.

Paedophile, 24, who groomed girls online jailed for raping and assaulting victims as young as 12
ISIS fighters plot more attacks in Europe after losing territory
Kerry Katona's daughter and mother blast Fathers4Justice after 'vile' tweet
Up to 15 people are hurt - several seriously - in a crash involving a minibus in Cambridgeshire
Jeffrey Epstein's first suicide attempt video has gone missing
Dulwich Prep School SHUTS after 'several' pupils returned from coronavirus hotspots feeling ill
Swiss grandparents are told it's SAFE to hug grandchildren if they are under ten
Cyclist is left bloodied and bruised after smashing into wire booby trap