She was called a ‘psychopath’ by fans after she cut herself an uneven slice of cake on Mother’s Day.

But Kylie Jenner had the laugh laugh on Sunday.

The 22-year-old trolled her critics by cutting herself a slice in the shape of a circle. 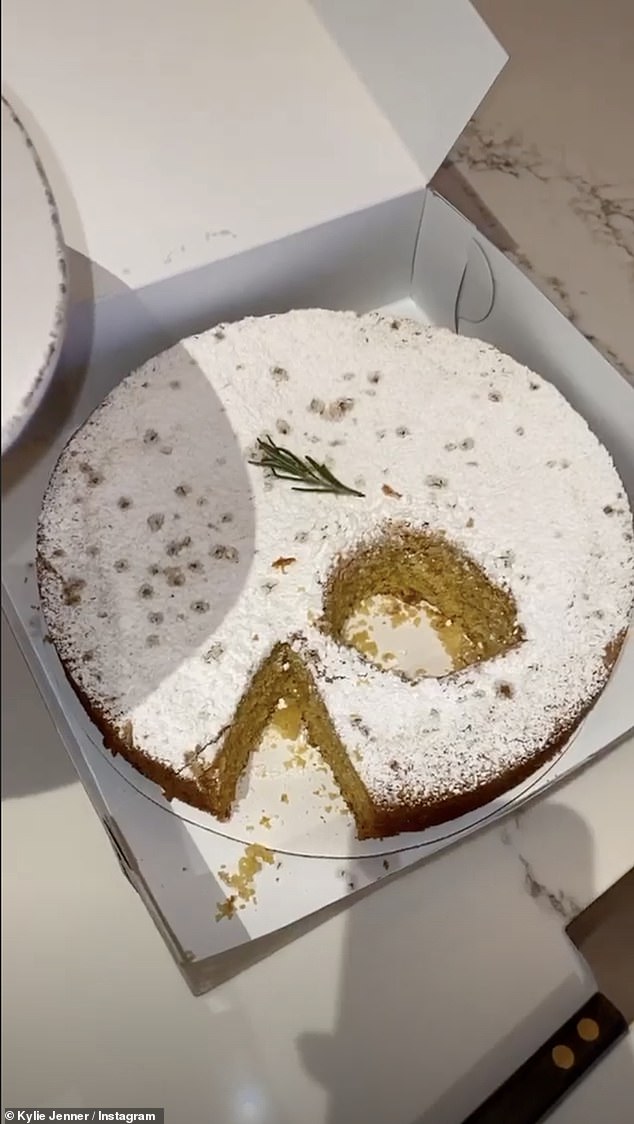 Insane choice: Kylie Jenner decided to have a laugh at the expense of fans who hated her cake cutting technique on Sunday and cut out a circle from the middle of the cake

Not holding back she wrote: ‘People were very disturbed I cut my cake how I did so this is for those people.’

She shared a video of herself cutting the odd shape directly into the cake, and serving herself the unusual slice.

The drama all started on Mother’s Day, after Kylie offended some fans by the way she cut herself a small, triangular-shaped slice of olive oil cake she received for Mother’s Day.

It was the way that the makeup mogul sliced into the round cake — cutting out an uneven triangular sliver that angled toward one side, rather than the middle — that had fans buzzing. 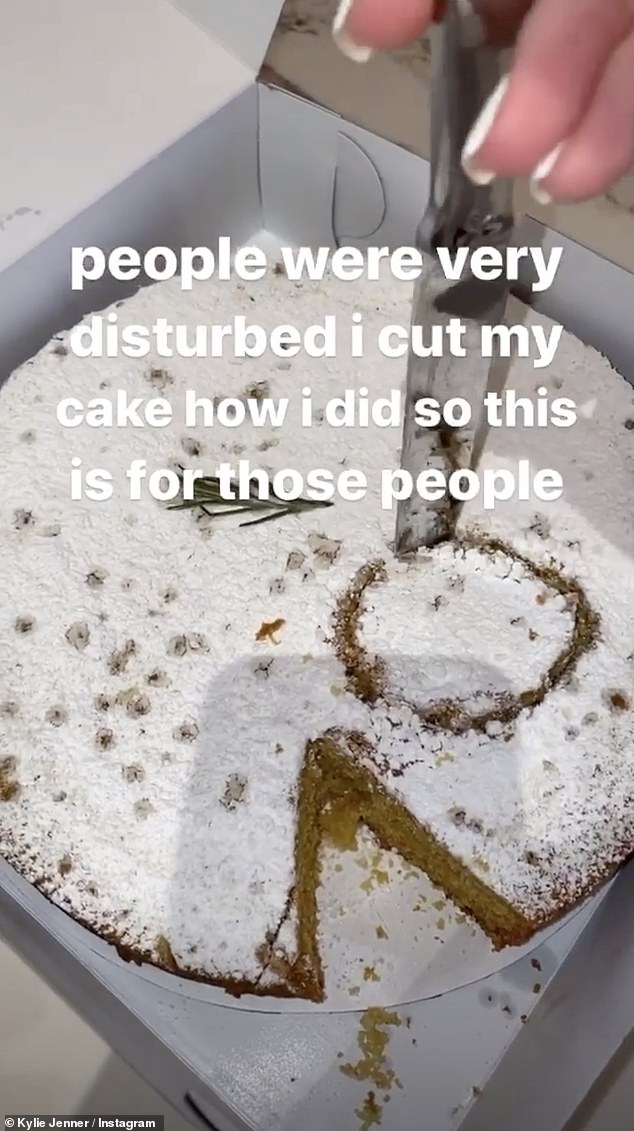 Not right: Not holding back she wrote: ‘People were very disturbed I cut my cake how I did so this is for those people’

Kylie shared a snapshot of the cake on her Instagram stories, showing off the dessert dusted in powdered sugar.

In the next image, she showed how she had slice into it, cutting out a small piece to eat.

But Kylie didn’t follow traditional cake-cutting technique, in which a person slices toward the center. 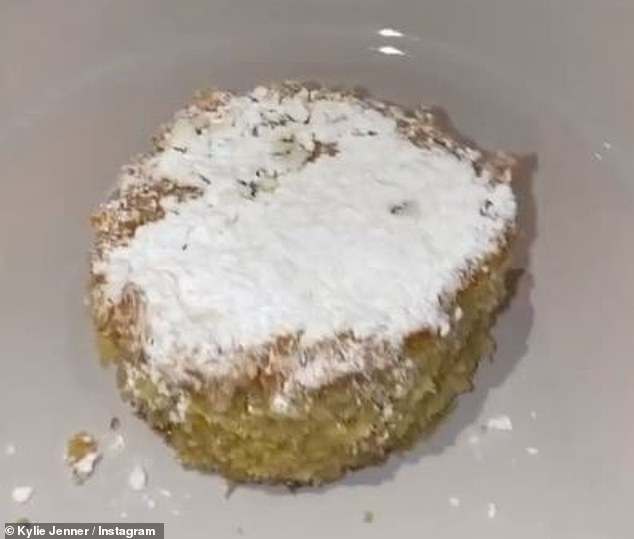 Served up: She went on to share a video cutting a circle directly into a cake and serving herself the unusual slice 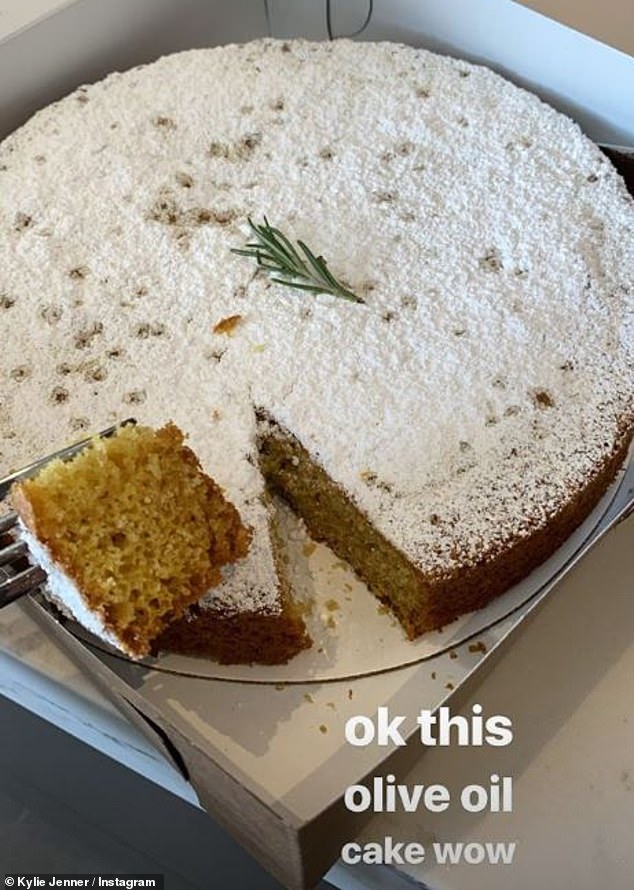 What did she do? Kylie Jenner has left fans horrified, baffled, and ‘triggered’ — by how she cut a cake she received for Mother’s Day 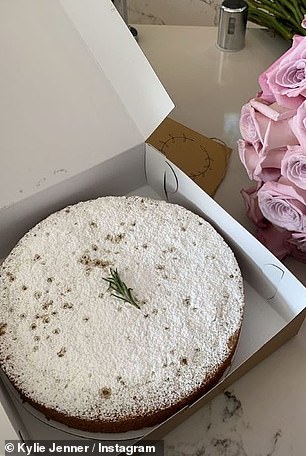 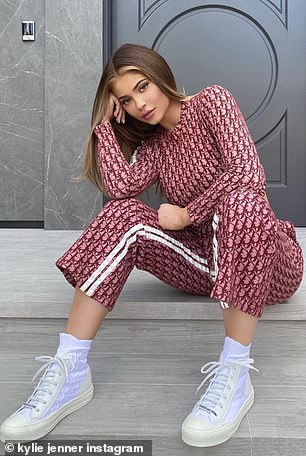 When it was whole: Kylie showed off the olive oil cake on Instagram and then cut herself an uneven piece

Both of her slices angles toward the left, cutting a slanted triangle of cake out from one side that would prevent further slices from being evenly cut.

The sloppy slicing appears to have upset many people.

‘Dunno about anyone else but the way Kylie Jenner has cut this cake has really stressed me out,’ wrote one Twitter user.

‘Kylie Jenner cutting her cake triggers my ocd.. wtf!!!’ wrote another, while a third tweeted: ‘Kylie, sweetie thats not the right way to cut a cake.’ 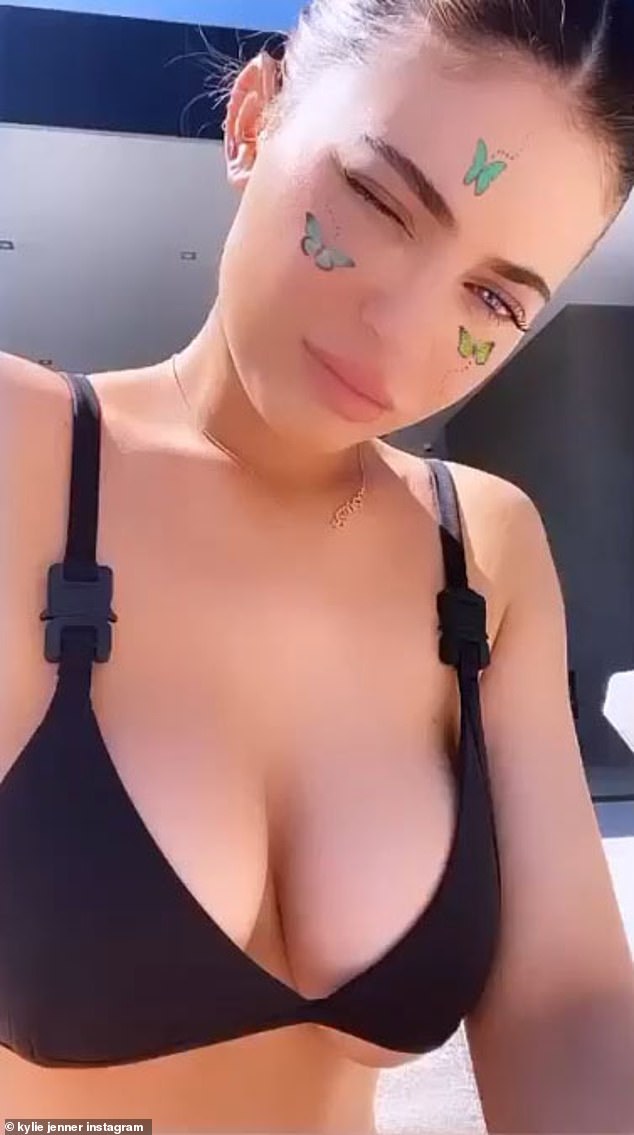 Unbothered: Kylie seemed unbothered by the situation on Monday, sharing a poolside selfie

We used to see Kylie Jenner in nothing but tracksuits. Although now the sun is shining in Los Angeles she’s rocking a new bikini every day so she can top up her tan in style.

We’ve spotted her in sets by Frankies Bikinis, Lovewave and now this 1017 ALYX 9SM bikini which is a classic black two-piece. However, this set has been taken up a notch with the label’s signature buckle detailing that instantly stands out.

Click through to MyTheresa to shop Kylie’s bikini for yourself and sit out in the sun in style all summer long.

Want to check out the competition first? Head to the carousel to peruse the similar sets we’ve spotted by Moschino, Boohoo and Missguided.

Oh no! Twitter users were horrified, expressing disgust and dismay with how she cut the cake

Another was ‘disturbed’ by the cut, while others said it was ‘hurting’ them, an ‘outrage,’ a ‘massacre,’ and a show of ‘disrespect’ to the cake, with one commenter going so far as to call her ‘a literal psychopath.’

Kylie doesn’t appear to be put off by the criticism. In fact, she seems to find it quite funny, and responded by trolling critics with an even more bizarre cut.

In a later set of videos, Kylie filmed herself cutting a circle into the cake, slicing a round piece out from somewhere just off the middle.

‘People were very disturbed I cut my cake how I did so this is for those people,’ she wrote. 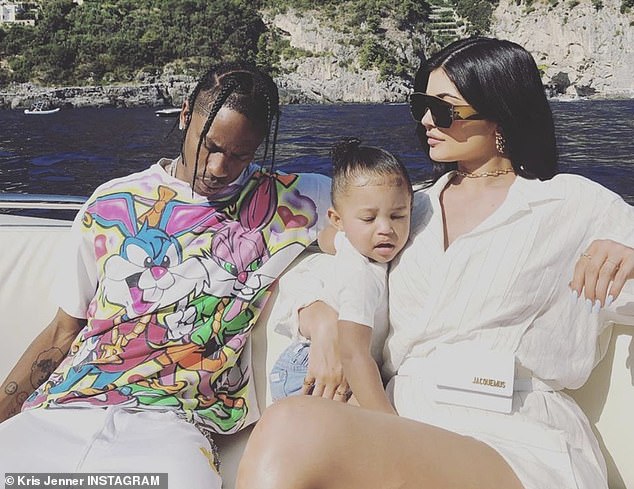 Mom: Kylie, seen with her daughter and her former partner Travis Scott, was celebrating her third Mother’s Day as a mom to Stormi, who was born in February 2018