Denise Welch has revealed she suffered two nervous breakdowns while starring as Natalie Horrocks in .

The 61-year-old told that she battled clinical after the birth of her eldest son Matthew.

And she admits that she would ‘crawl on her hands and knees to go and make herself sick to feel better.’ 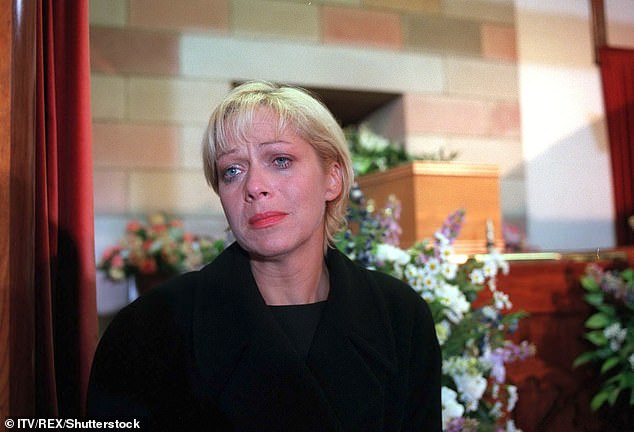 Battle: Denise Welch, 61, revealdd she had two nervous breakdowns while on Coronation Street as Natalie Horrocks from 1997-2000 as she detailed ‘making herself sick to feel better’

She told the publication: ‘My depression was so bad I had two nervous breakdowns while doing Coronation Street

‘I was trying to work through them to the point that I was getting up at 5am for filming.

‘I was crawling on my hands and knees to the toilet, making myself vomit, because by making myself be sick I was trying for the 10 seconds of being sick to try and take away the pain that was in my head.’

Denise has said the experience has helped her to understand why people self-harm but she has said that she hasn’t done that herself. 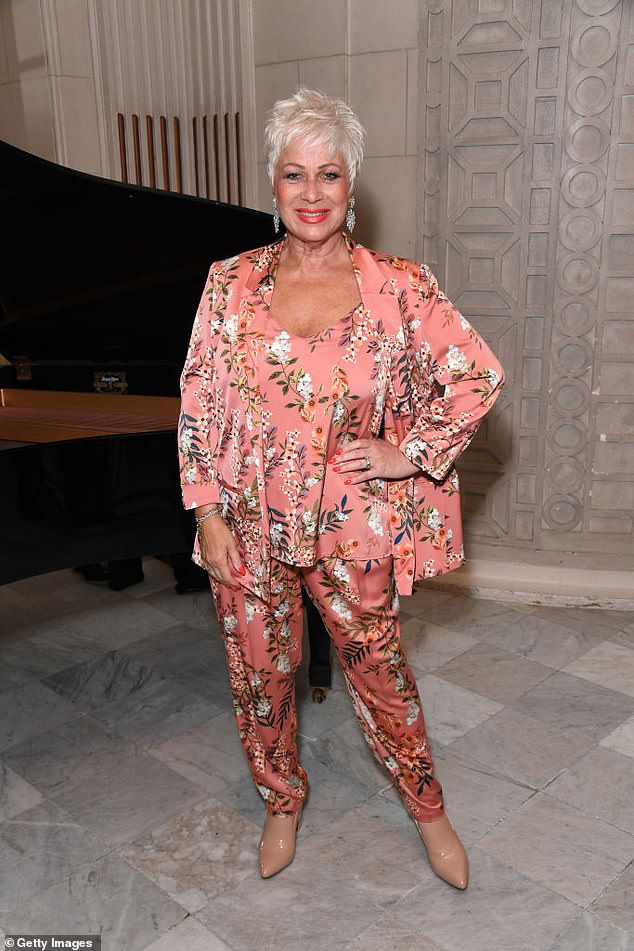 Tough time: Denise has battled alcoholism in the past but has now been sober for eight years  – pictured in June 2019

The star appeared on the ITV soap from 1997-2000 and said her friends didn’t understand depression back then, simply saying ‘we are all depressed.’

Denise has been very open about her mental health struggles in the past, particularly while starring on Loose Women.

She has battled alcoholism and is now sober and had a cocaine addiction during her 30s.

Last week, Denise said that staying sober in lockdown has been her ‘toughest challenge yet’ after being teetotal for eight years. 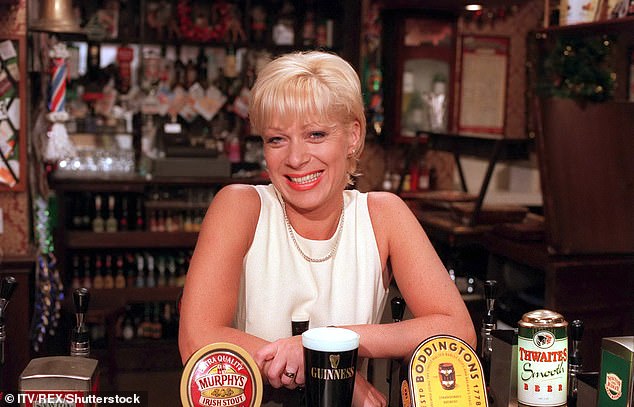 Things have changed: The actress said her friends didn’t understand depression back then, simply saying ‘we are all depressed’

The actress, who lives in Cheshire with her husband Lincoln Townley, 47, opened up about her struggle on on Tuesday afternoon.

She said: ‘I have found in lockdown that this is mine and Lincoln’s toughest challenge in eight years.

‘At no point have we felt that we’d pick up a drink. We have good times and bad times, it’s hard.

‘We would like nothing more than to take the edge off.’

Denise has been sober since 2012 and celebrated her eight anniversary on April 20 this year.

To celebrate she uploaded a video message where she said getting sober has changed her life and praised her husband Lincoln who did it alongside her. 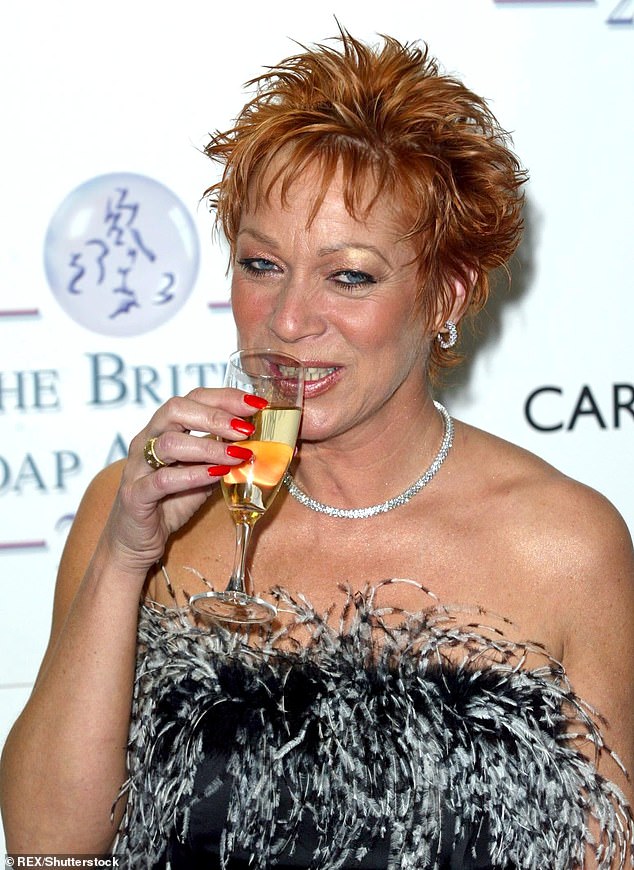 Revelations: Last week, Denise said t hat staying sober in lockdown has been her ‘toughest challenge yet’ (pictured in 2003 at the British Soap Awards)

In her video, Denise said: ‘Today, April 18th I am celebrating being eight years sober and I just want to thank everybody who has supported me on this journey. If it wasn’t for my husband Lincoln who got sober with me I don’t know where I would be.

Denise gave words of encouragement to anyone struggling with sobriety, insisting it will change their life for the better.

She said: ‘If any if you are in the early stages or wherever you are in your sobriety journey I just want to say it will be the best thing you have ever done.

‘And for me it just hasn’t changed my life, but it has changed the life of all of the people that love me and, indeed, my friends.’

Denise added that her and Lincoln’s decision to get sober has also had an enormous impact on their children.

The TV presenter is mother to sons Matt, 31, and Louis Healy, 19, with ex husband Tim Healy, who she divorced in 2012, while Lincoln also has a son from a previous relationship.

She said: ‘But by us getting sober we have given our three sons wings to fly without having to worry about us.

‘It renewed my relationship with my family which my drinking had somewhat tried to destroy, I was in a very bad place.’

Alongside the video, Denise wrote: ‘8 yrs sober today!!! Best decision I ever made, not just for myself but for everyone who loves me.’

Denise and Lincoln tied the knot in July 2013 in Portugal, after becoming engaged in August 2012. 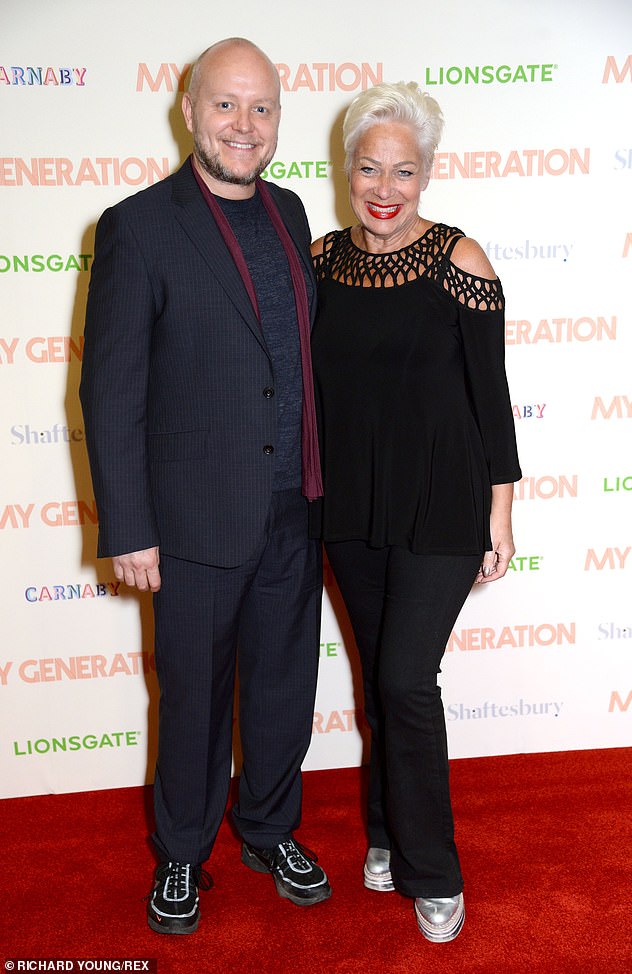 Last month Denise said: ‘If it wasn’t for my husband Lincoln who got sober with me I don’t know where I would be’ (pictured in March 2018)