The Friends alum and her 15-year-old daughter Coco Arquette – whom she has with her ex-husband David Arquette – will celebrate Mother’s Day on Sunday and Courteney has said she’s ‘glad’ gift stores are currently closed due to the pandemic, as it means she won’t get an odd gift from her daughter.

She quipped: ‘I’m just glad that Spencer’s the store is not open because I seem to get a lot of stuff from Oz. Last year Coco got me a book, I think The Sound of Farts. Like, I love farts, I do. I love a fart joke. But I don’t want that.’ 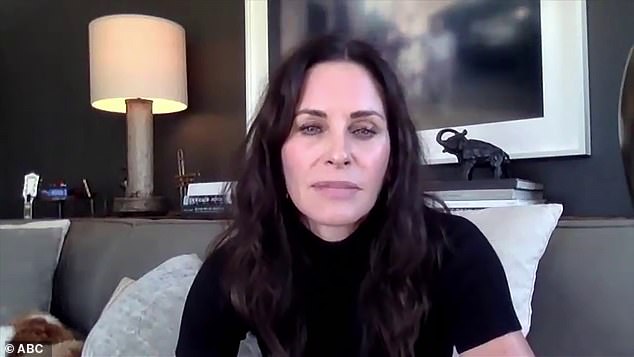 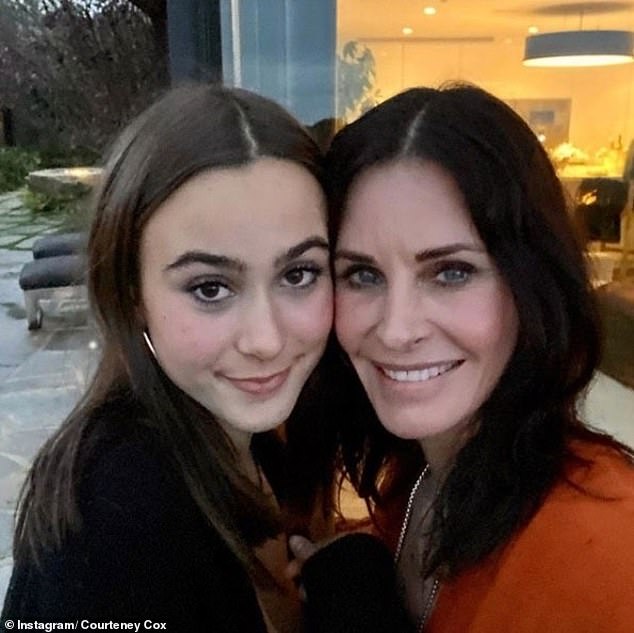 Instead, the 55-year-old actress is hoping her daughter gifts her something that shows her ‘feelings’.

She added during an appearance on Jimmy Kimmel Live’: ‘I want to have a nice handwritten letter, something talking about her feelings for me.’

Whilst the Cougar Town star is pleased the current global health crisis has stopped her from receiving bad presents, she recently bemoaned the pandemic, as it has been keeping her away from her partner Johnny McDaid. 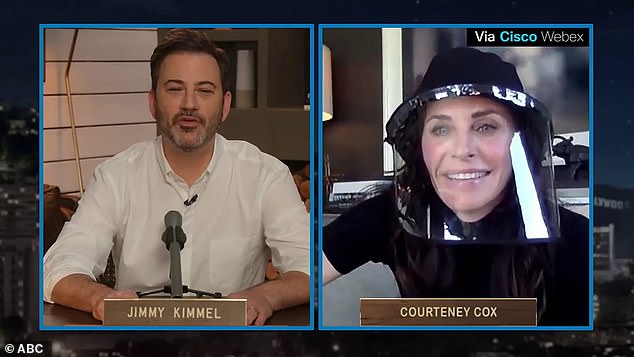 Family time: The Friends alum told Kimmel she’s ‘glad’ gift stores are currently closed due to the coronavirus pandemic, as it means she won’t get an odd gift from her daughter 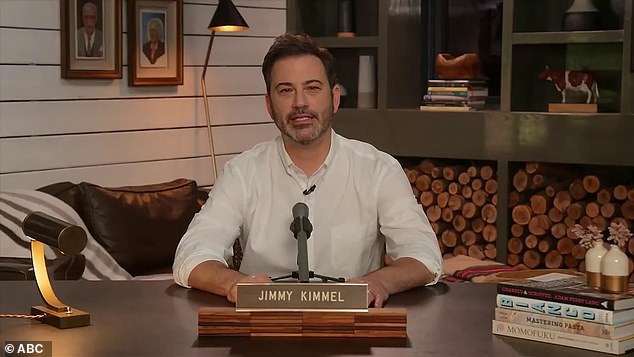 Live… from the basement: Kimmel, like many entertainers, now works from home 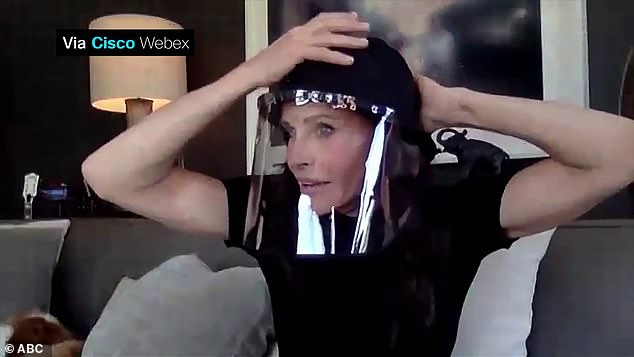 Masking up: Courteney gave a mask demonstration during their chat

The Snow Patrol rocker is self-isolating at home in London whilst Courteney is in California, and the pair have been missing ‘physical touch’ in recent weeks. Courteney said: ‘I have not seen him for so long.

‘We spend a lot of time on Facebook but I just miss his physical touch. This is hard.’

And during her time at home, the actress has been binge-watching Friends – in which she became a household name thanks to her role as Monica Geller – as she admitted she has very few specific memories of her time on the show.

She explained: ‘I decided during this time – people love the show so much – I decided to binge-watch Friends. ‘I just started season one. It’s really good! I don’t even remember even being on the show. I have such a bad memory.

‘I remember loving obviously everybody there, and having fun, and I remember certain times in my life that I was there. But I don’t remember episodes. I would never pass. I fail every test.’ 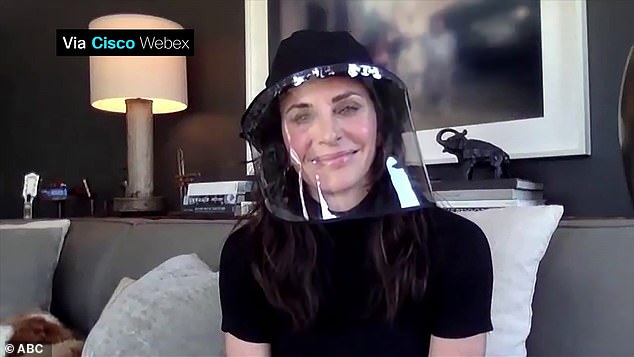 Rewatching Friends: During isolation, Courteney has been watching her show

2019 ACM Awards: Stars arrive on the red carpet
Tana Ramsay, 44, boasts the new mum glow as she emerges with baby Oscar for first time
Oti Mabuse is the favourite to replace Darcey Bussell on the Strictly Come Dancing judging panel
The Block's Suzi Taylor lets it ALL hang out as she takes a casual stroll along the beach
Rod Stewart, 74, and Penny Lancaster, 48, enjoy hand-in-hand stroll in Portofino
Love Island's Amy Hart hints at 'sex act' with Curtis Pritchard
James Argent flaunts his dancing skills with a bride-to-be and a scantily-clad performer at party
Tommy Little reveals what he really wears underneath the desk on The Sunday Project