Two Illinois inmates switched identities and the wrong prisoner was released over the weekend after disguising himself in a face mask, officials say.

On Saturday at Cook County Jail inmate Quintin Henderson, 28, was scheduled to be released on a recognizance I-Bond for a drug charge.

But in exchange for a promised $1,000 he let prisoner Jahquez Scott, 21, take on his identity and take his place to be released from the facility.

The two men were caught on surveillance camera at the Cook County Jail’s receiving tunnel Saturday evening where criminal defendants are processed into jail or released.

Henderson was seen handing over his personal information to Scott and they swapped sweatshirts, according to Assistant State’s Attorney James Murphy. 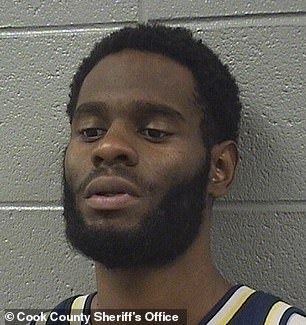 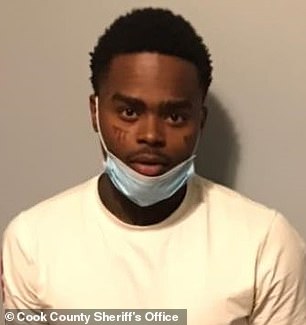 Escaped: On Saturday Quintin Henderson, 28, (left) was scheduled to be released on a recognizance bond for a drug charge. But he let prisoner Jahquez Scott, 21, (right) take his place for a promised $1,000. Scott left the facility wearing a face mask that covered up his distinctive face tattoos that appear to show dripping blood on his right cheek and a heart on his left cheek

Cops say that Scott left the facility wearing a face mask that covered up his distinctive face tattoos that appear to show dripping blood on his right cheek and a heart on his left cheek.

The Cook County Sheriff’s office was ordered by a federal judge to provide face masks for all inmates who are quarantined for any reason due to the coronavirus pandemic.

He used Henderson’s full name and other personal information to pose as him and leave the jail.

Scott had been arrested the day before $50,000 bond for unlawful use of a weapon whole on parole for battery of an officer. He was going to be placed on electronic monitoring if he made bond, the Sheriff’s said. 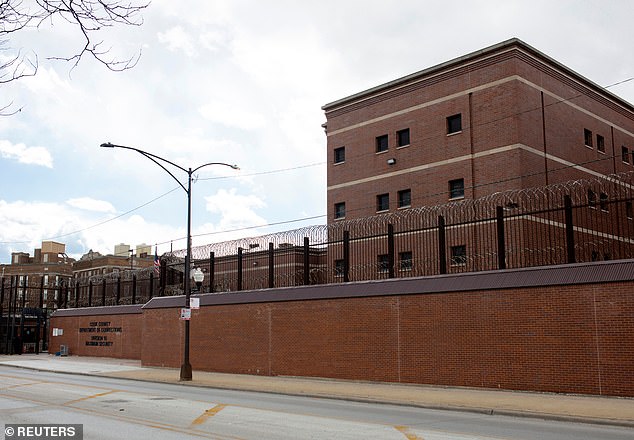 This incident took place at Cook County Jail in Chicago’s South Side on Saturday. The two men were caught on surveillance camera at the Cook County Jail’s receiving tunnel talking and swapping sweaters

The jail realized the mistake when the real Henderson approached a jail guard claiming he had fallen asleep, asking when his name and number would be called, Murphy said.

Officials realized the swap and quickly issued a warrant for Scott’s arrest.

As of Wednesday Scott is still at large and has been classified as an ‘absconder’, a fugitive, by the Illinois Department of Corrections.

The US Marshals Service is assisting in the search for Scott.

On Tuesday at a bail hearing at Leighton Criminal Court Henderson told investigators he met Scott on the way to the bail hearing and Scott told him needed to get out of jail and promised him $1,000 for ‘a favor’.

In that agreement Scott would give Henderson the sum at at a later meeting, according to the 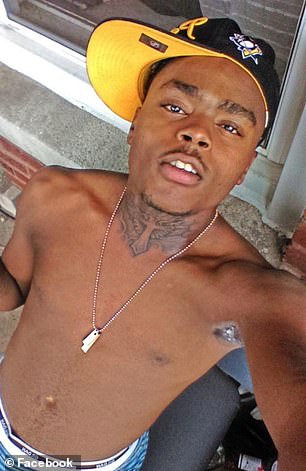 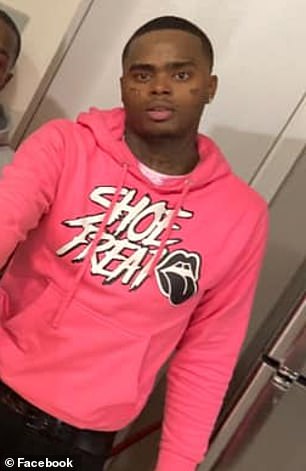 Scott pictured above on his social media pages. As of Wednesday he is still at large and US Marshals are aiding in the search for him 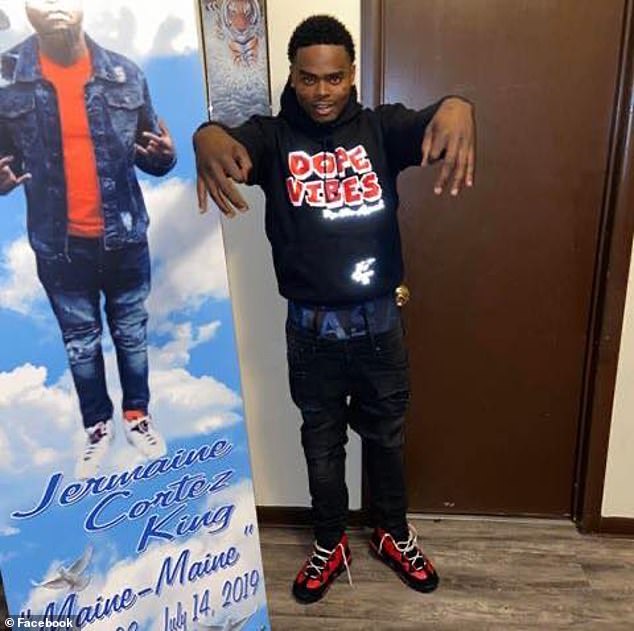 Scott had been arrested Friday on $50,000 bond for unlawful use of a weapon whole on parole for battery of an officer. He was going to be placed on electronic monitoring if he made bond, police say. Pictured above on social media

Judge Mary C. Marubio told Henderson via Zoom that he not only helped Scott escape, but he’s also a violent felon convicted for aggravated battery to a police officer who is now on the loose.

‘The nature of the offense isn’t just aiding and abetting. It’s who you aided and abetted — a violent person, and a dangerous person on parole — and that’s weighing heavily against you’ Marubio said.

She ordered Henderson be held on $25,000 bail, as well as a no-bond hold for violation of bail bond on his original narcotics case.

Henderson is slated to return to court May 20.

The heroic 'broo-wenches' who scandalised Victorian Britain by working trousers
NASA engineer admits thieves' reactions in his epic revenge package viral video were FAKED
Ultra-rare black leopard is photographed for the first time in 100 YEARS in Africa
Scientists can create a perfect map of your gut on a microchip
Fake Joe Biden campaign site lampooning the candidate is secretly run by a Trump campaign consultant
Former NFL star says faith in God strengthened after new wife, then infant daughter suddenly died
A futuristic new hands-free trash can will automatically seal old garbage bags and roll out new ones
Iran hit with 4.9 magnitude earthquake