Two men and a woman have been arrested in a murder investigation after a man in his 20s was allegedly stabbed to death on the doorstep of his home in Kent.

The man was said to have been attacked a number of times with a large knife at his property in Maidstone following a fight which broke out at about 9pm last night.

Emergency services rushed to the victim’s aid and the air ambulance landed on the green outside on Cambridge Crescent, but he was pronounced dead at the scene. 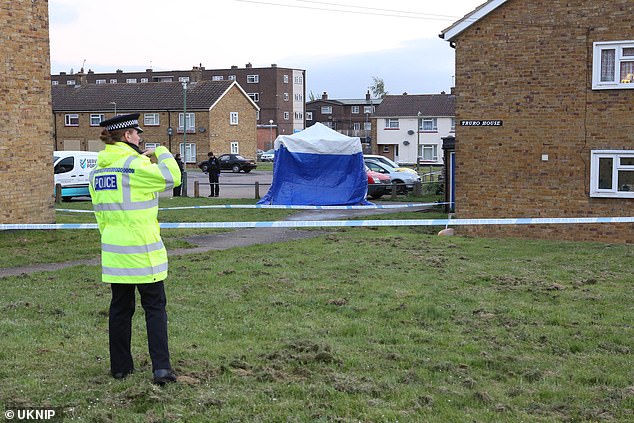 Police investigate at the scene in Maidstone, Kent, this morning after last night’s fatal stabbing 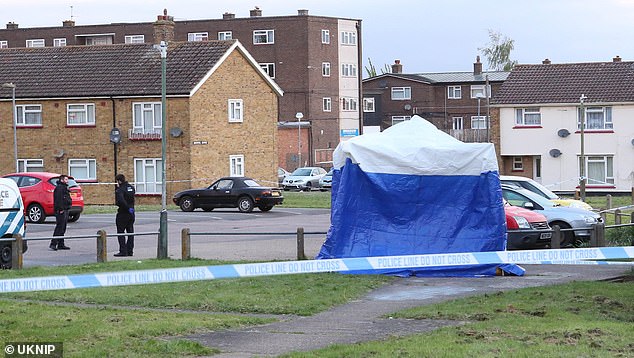 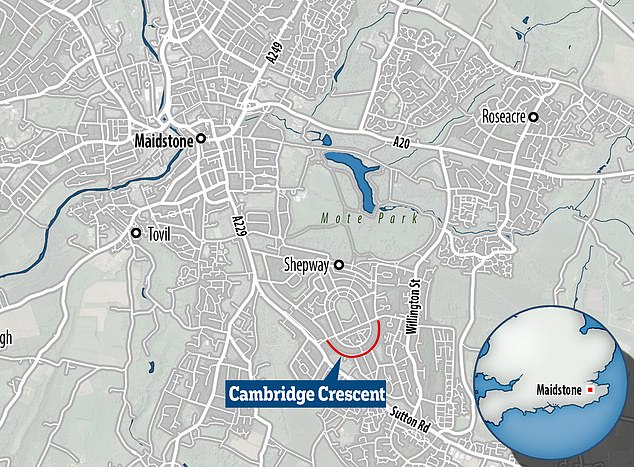 A silver car was taken away on a low loader, and a large crime scene was put in place around the house with surrounding roads sealed off.

Detectives from the Kent and Essex Serious Crime Directorate are leading the investigation and said the three arrested people were all known to the victim.

The men are being questioned by detectives at police stations in Kent, and officers are now appealing for anyone with information and witnesses to come forward.

A Kent Police spokesman said: ‘Three people have been arrested on suspicion of murder following the death of a man in Maidstone. 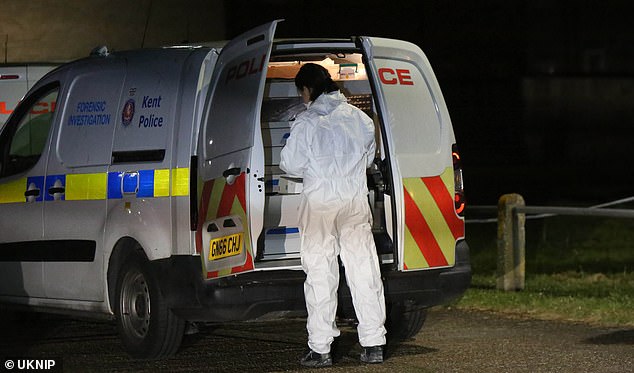 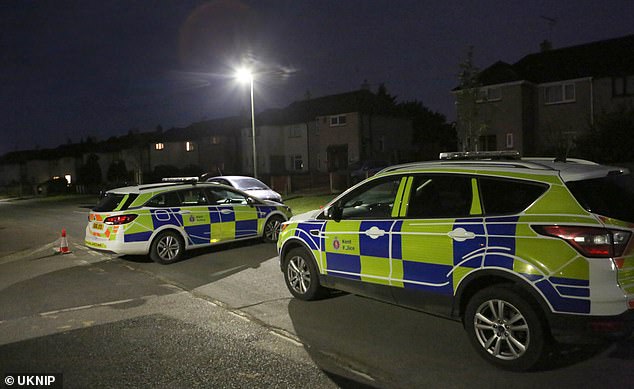 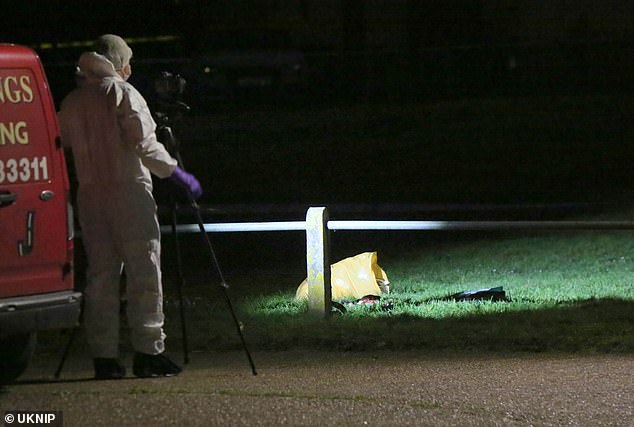 ‘Kent Police was called to a disturbance at a property in Cambridge Crescent at around 9.15pm on Monday May 4, 2020.

‘Officers and South East Coast Ambulance Service attended the scene where a man in his 20s, with injuries consistent with stab wounds, was declared deceased.

‘Two men and a woman, who were known to the victim, were arrested on suspicion of murder. They remain in police custody while an investigation by detectives from the Kent and Essex Serious Crime Directorate continues.’

AC maker developing system to blast workers with cold air if it thinks they're getting sleepy
Is this the solution to ending plastic waste?
Where have all the swallows gone?
Met Gala afterparty: Kim Kardashian joins Kendall and Kylie Jenner
Theresa May refuses to set a resignation date
A top cosmetic dental surgeon reveals why that daily cuppa or salad is slowly staining your teeth
Emmanuel Macron backs Angela Merkel's plan to give Boris Johnson 30 days to find backstop solution
Rebel Wilson's trainer Jono Castano reveals her surprisingly easy workout secrets