Ryan Murphy’s latest hit show Hollywood, inspired by true life events of the Golden Era, has become the talk of the town among its  viewers.

The group attempt to hit the big time by making a movie about Peg Entwistle, a heartbreaking tale of a young actress who took her own life. But while plot points from the show are largely fictional, the story of Millicent Lillian ‘Peg’ Entwistle is very much factual.

Entwistle was a British actress who died by suicide in 1932, and subsequently became known as ‘the Hollywood sign girl’ in tabloids, after throwing herself off the iconic site’s ‘H’ letter.

The blonde-haired, blue-eyed comedienne desperately wanted to be given a shot at more serious roles, but her ambition would only lead to tragedy.

Born in Port Talbot, Glamorgan, Wales, to English parents Emily Entwistle (née Stevenson) and Robert Symes Entwistle, an actor, Entwistle is said to have spent her early life in West Kensington, London, before emigrating to America. 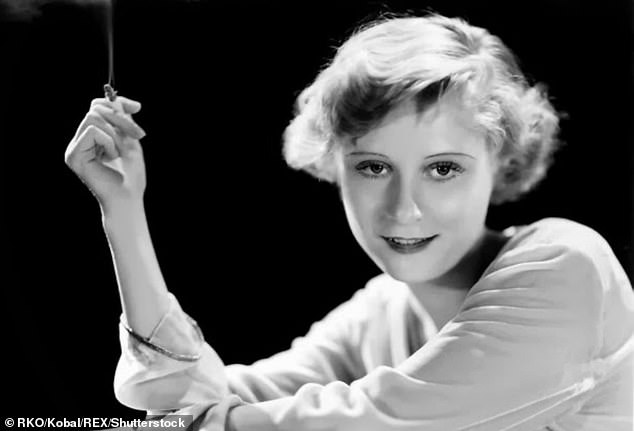 True life tragedy: Peg Entwistle – who has inspired the new Netflix show Hollywood, jumped off ‘H’ of Hollywoodland sign in 1932 at age 24 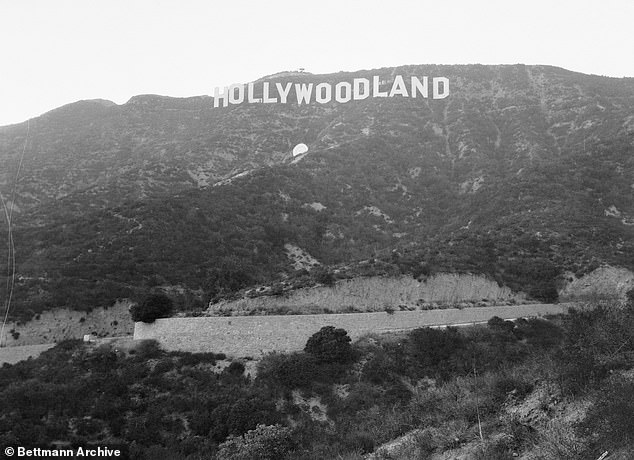 Iconic landmark: Entwistle was a British actress who died by suicide in 1932, after throwing herself off the iconic site’s ‘H’ letter.

She faced tragedy early on in her life, after her father became the victim of a hit-and-run accident on Park Avenue in 1922 when she was just 14. Entwistle and her two younger half-brothers were taken in by their uncle.

Entwistle started her career with success on Broadway, starring in a string of highly-acclaimed plays between 1925 and 1932.

Showing great promise early on, she was revered by critics for her performances in The Wild Duck and The Uninvited Guest and in J.M. Barrie’s Alice Sit By The Fire.

Even a young Bette Davis – who would go on to win two Oscars – is reported to have said she wanted to be ‘exactly life’ the actress after watching her in Henrik Ibsen’s The Wild Duck on Broadway in 1925, when Entwistle was just 17.

However, the actress began to suffer personal difficulties after she married Guys & Dolls actor Robert Keith in 1927, as it was later revealed that he fathered a six-year-old son with another woman. They divorced in 1929.

News report: Entwistle’s death caused a flurry of media attention across the world 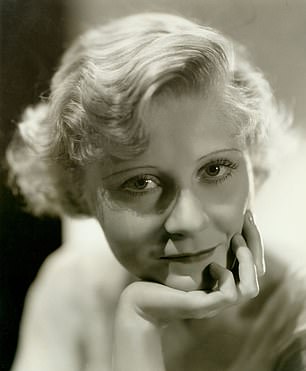 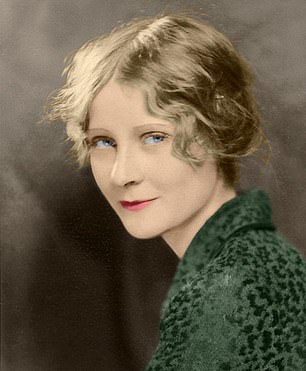 Dreams of a life: In attempt to become a Hollywood star, Entwistle relocated to Los Angeles during the Great Depression in 1932.

Still a darling of the critics in New York, with reviews touting her acting as ‘better than the show warranted’, Entwistle battled on in her career, as she continued to search for more dramatic parts on the silver screen.

In 1929 she is said to have told a reporter: ‘I would rather play roles that carry conviction. Maybe it is because they are the easiest and yet the hardest things for me to do. To play any kind of an emotional scene I must work up to a certain pitch.’

‘If I reach this in my first word, the rest of the words and lines take care of themselves. But if I fail, I have to build up the balance of the speeches, and in doing this the whole characterisation falls flat. I feel that I am cheating myself. I don’t know whether other actresses get this same reaction or not, but it does worry me.’

In attempt to become a Hollywood star, Entwistle relocated to Los Angeles during the Great Depression in 1932, and finally in May that year, she landed a serious supporting role in a play opposite Humphrey Bogart in downtown LA.

Entwistle then secured her first film role as a minor character in Thirteen Women – widely regarded as the first female ensemble movie. Sadly, the director’s cut of the movie failed to include much of Entwistle.

The film – centered around a woman’s plot to kill twelve others with her supernatural powers – had fared badly with test audiences, hence it being trimmed down in the edit suite, with many of Entwistle’s scenes left on the cutting room floor.

Around the same time, the actress found that her contract had been cut short by the film’s producers, RKO studios, before it was even released, which is said to have made the local papers.

Murphy’s Netflix series touches on this very subject, hinting that it played a part in the downfall of the burgeoning star.

Hit with viewers: Ryan Murphy’s latest drama has been a roaring success with Netflix viewers 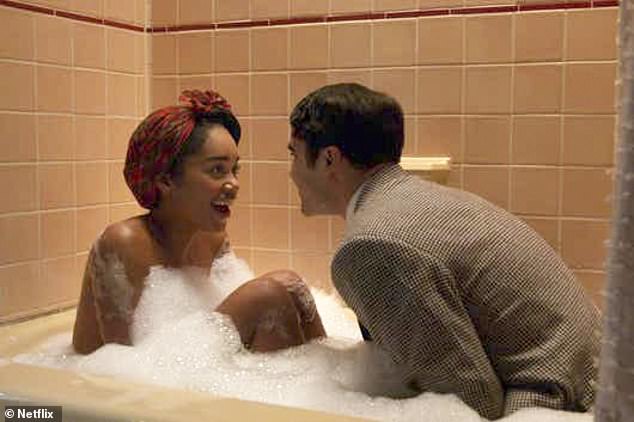 In Ryan Murphy’s series, Camille (Laura Harrier) plays the character inspired by Peg in a fictitious film about the tragic star

But on September 18, a month before the film opened on October 14, Entwistle –  who many have speculated that she likely suffered from depression – was found dead.

The tragic star left a jacket, shoes and a purse at the foot of the sign, which then read ‘Hollywoodland’, and a note. It read: ‘I am afraid, I am a coward. I am sorry for everything. If I had done this a long time ago, it would have saved a lot of pain. P.E.’

She was identified by her uncle who read her story in a newspaper, and coroners ruled that Entwistle had died from multiple fractures to the pelvis.

But still decades on, Entwistle’s legacy remains. Every year, fans flock to the sign to pay tribute to the actress. Many claim that her spirit still haunts the hill.

Murphy is not the first director to try and tackle her story. Rush Hour producer Arthur Sarkissian and American History X director Tony Kaye were reportedly trying to make her life story into a film in 2014.

In the 2017 song ‘Lust for Life’ by Lana Del Rey, she references the suicide of Entwistle with the lyric: ‘climb up the H of the Hollywood Sign.’

Vietnam veteran claims he cracked a code to unmask DB Cooper
Gender non-binary Billions star nominated for Best Supporting Actor
Netflix announcement that 45M accounts have watched 'Bird Box' is met with widespread skepticism
Woman known as 'The Bikini Hiker' for scaling mountains in swimwear freezes to death in Taiwan
Giant cockroach runs across Duterte’s shirt as the Philippine President tries to give a speech
Astros and Nationals set to square off in Game 6 of the World Series
Oscars 2020: Joaquin Phoenix celebrates win with family and fiancee
Moment ex-cop, 64, and son, 34, are arrested for the MURDER of unarmed black jogger Ahmaud Arbery