The mother-of-two, 27, has been taking five-month-old Primrose in and out of hospital since her birth as the newborn struggles with stomach problems.

After sharing a snap of her washboard abs, the model admitted in an Instagram post accompanying a photo of Chester on Thursday: ‘I’ve been getting so down recently as it’s so hard to spend as much time with Chester when Primrose has so many more needs. 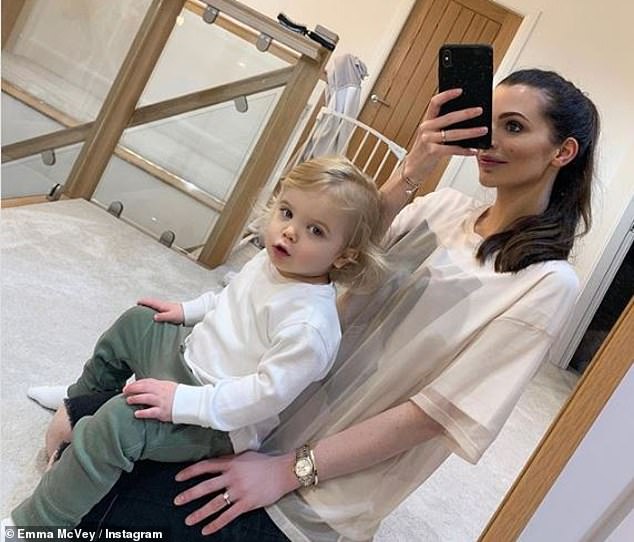 ‘I have mum guilt that I can’t play as much, constantly pick him up when he shouts “mummy” because I have his sister, the list goes on.’

Primrose was first admitted to hospital in January for a series of tests and doctors discovered the newborn is suffering from acid reflux and cows’ milk allergy (CMA) which Chester also had as a baby.

But doctors are still trying to work out why she is still suffering from stomach problems. 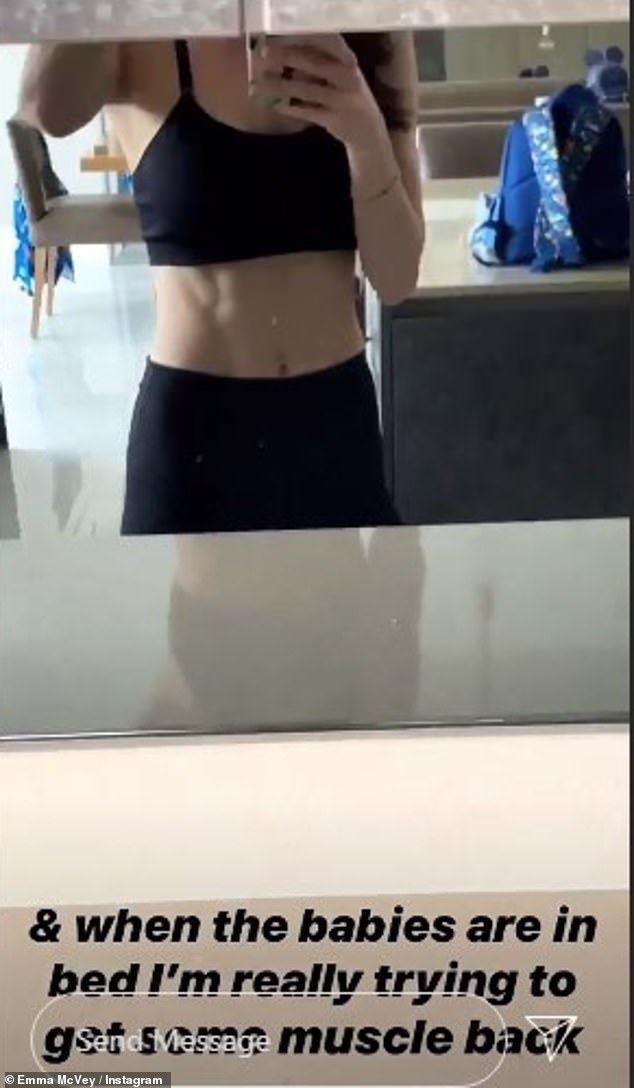 Working hard: Emma showed off her incredible physique as she looks to build muscle just months after giving birth 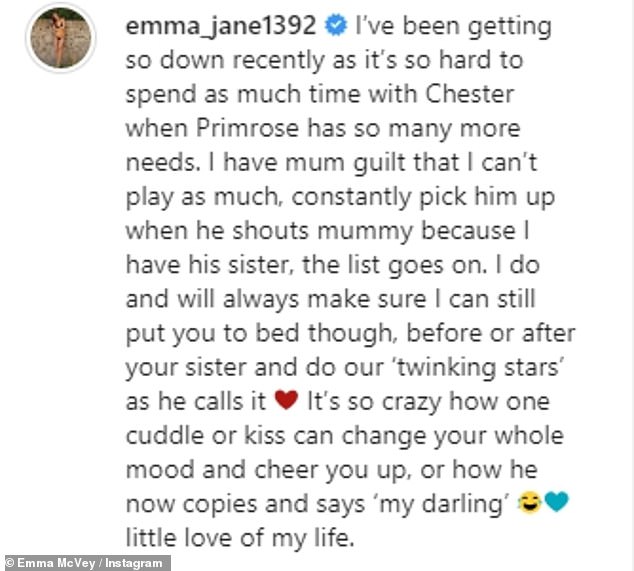 Precious moments: The mother-of-two said she is treasuring the special time she is spending with Chester 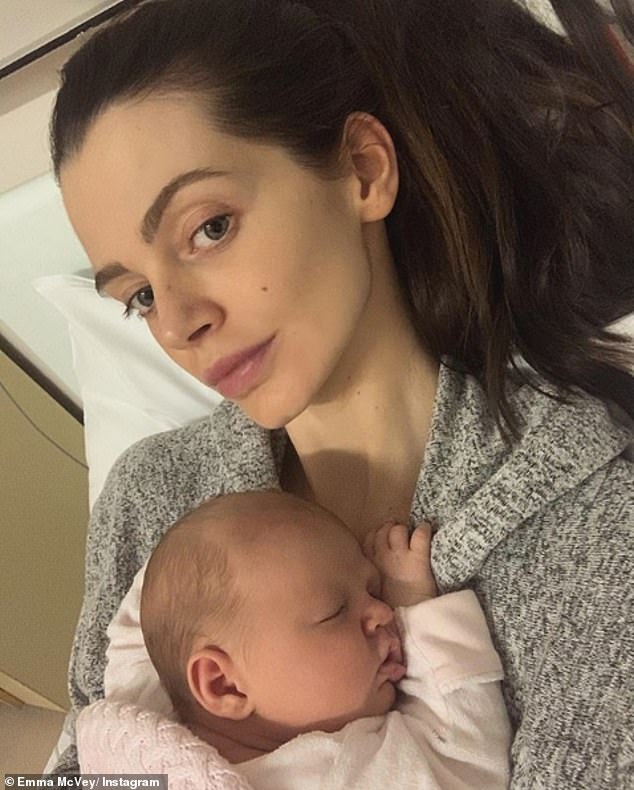 Emma said in her Instagram snap with Chester: ‘I do and will always make sure I can still put you to bed though, before or after your sister and do our “twinking stars” as he calls it.

‘It’s so crazy how one cuddle or kiss can change your whole mood and cheer you up, or how he now copies and says “my darling” little love of my life.’

Emma also showed off her lockdown body as she enjoyed a moment’s rest while her two youngsters were sleeping.

On her Instagram stories, the mother showed off her enviable physique and toned abs to her 914,000 followers, saying she is ‘really trying to get some muscle back’.

The couple welcomed Primrose in December, a month after Gaz proposed to Emma.

The reality star, who rose to fame on Geordie Shore, pulled out all the stops for his partner of nearly four years by treating her to a lavish fireworks display in their garden and a personalised sparkling sign which read: ‘Will you marry me?’

Gaz shared a video of the fireworks display to Instagram and photo stills of the proposal in a sweet montage to the tune of Bruno Mars’ Marry You.

Acknowledging the wedding arrangements and birth of their child in a subsequent post, Emma added the caption: ‘We have a crazy, exciting couple of years on the way.’

Gaz and Emma were first reported to be dating in January 2016 following the breakdown of his on-off relationship with former Geordie Shore co-star Charlotte Crosby and they made their romance official in August 2016. 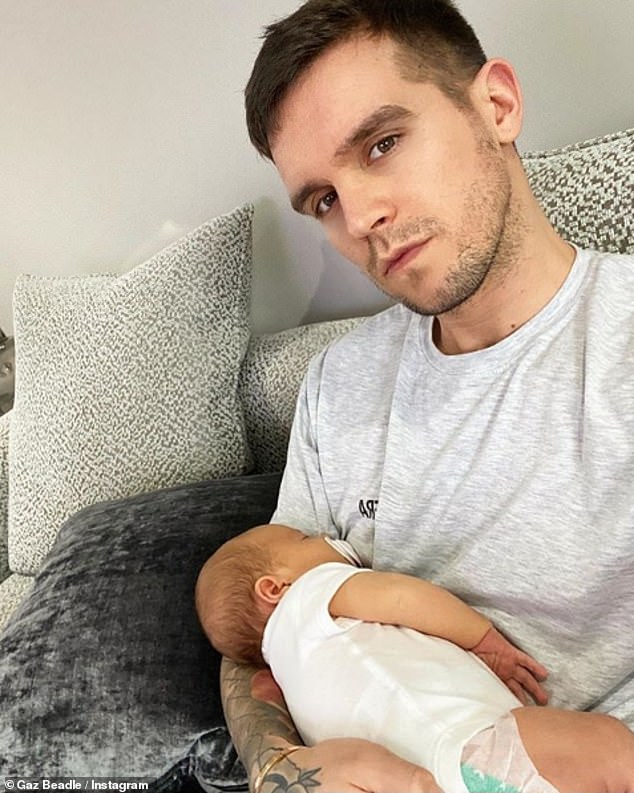 Stomach complications: Gary, 31, and Emma’s newborn daughter was admitted to hospital last in January for a series of tests