Emmerdale star Michelle Hardwick has confirmed she is pregnant.

The actress, 44, who plays Vanessa Woodfield in the ITV soap, shared her exciting news via Instagram on Monday while debuting her growing baby bump.

Michelle is expecting a baby with her wife, Emmerdale producer Kate Brooks, and revealed she is due to give birth in October. 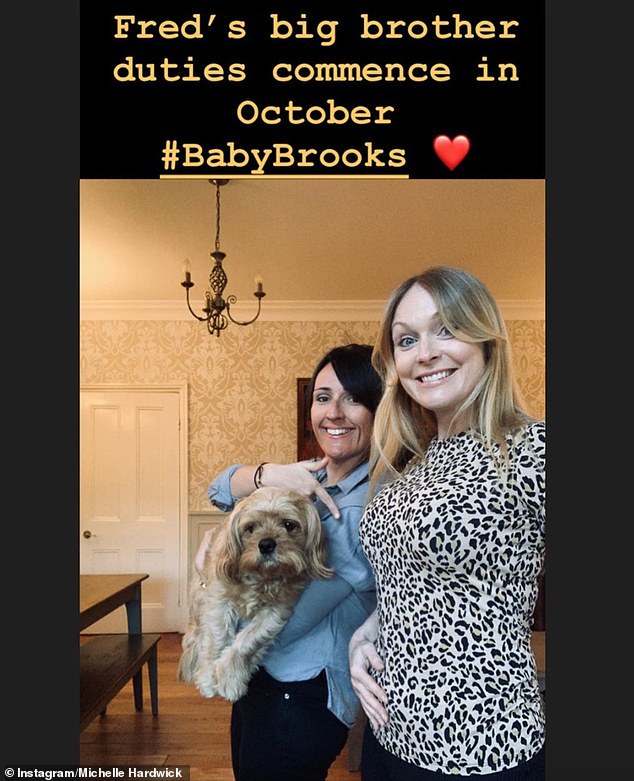 Exciting news: Emmerdale star Michelle Hardwick, 44, is expecting a baby with wife Kate Brooks, who is a producer on the ITV soap

Taking to Instagram, Michelle shared a photo of her and Kate posing together with their dog Fred.

She was seen wearing a leopard print top and cutely placing a hand on her stomach, while Kate gestured down towards Michelle’s baby bump.

The soap star and Kate first went public with their relationship in October 2018 and announced their engagement just two months later in December that same year.

They tied the knot at Elvis Presley’s home Graceland in Memphis, Tennessee in September 2019. 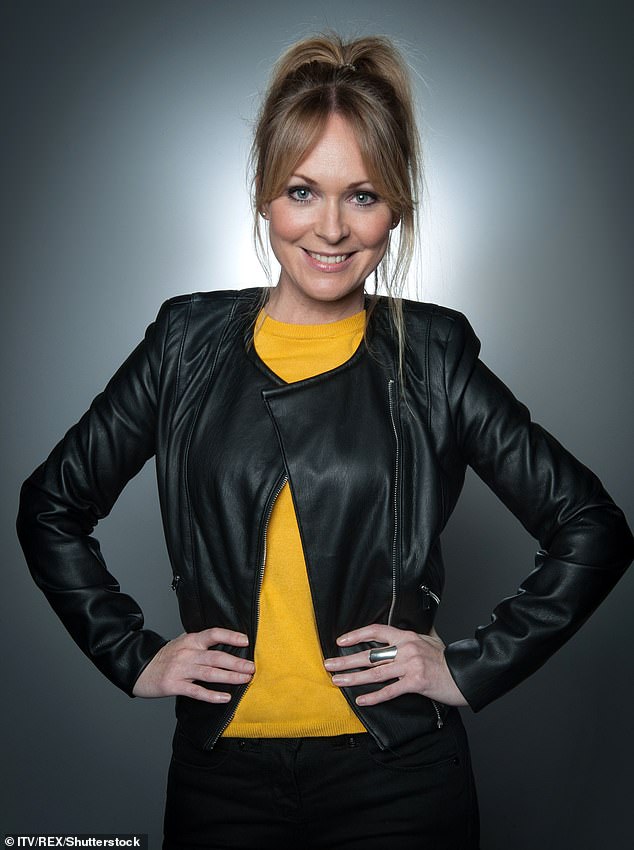 Lovely news: The actress, 44, is best known for playing Vanessa Woodfield on Emmerdale 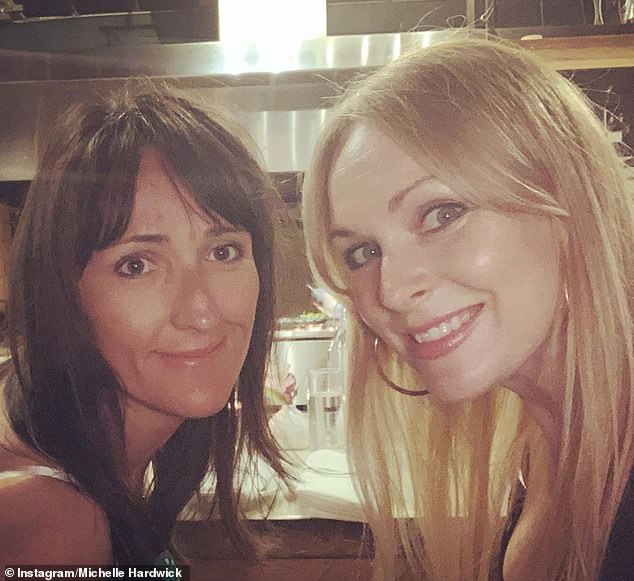 Parents to be: Michelle revealed she and wife Kate (pictured above) are set to welcome their first child in October later this year

Michelle confirmed the pair had wed on Instagram and told fans: ‘In over 100 degrees heat, on Tuesday 10th September, I became Mrs Brooks,’ adding the hashtags: ‘#graceland #chapelinthewoods #memphis #nextstopnashville.’

Michelle’s marriage to Kate is her second. She previously wed ex-wife Rosie Nicholl in 2015, after two years together.

They later announced they were divorcing in 2017.

At the time, Michelle had addressed her split with Rosie in interviews and admitted the former couple had ‘drifted apart’. 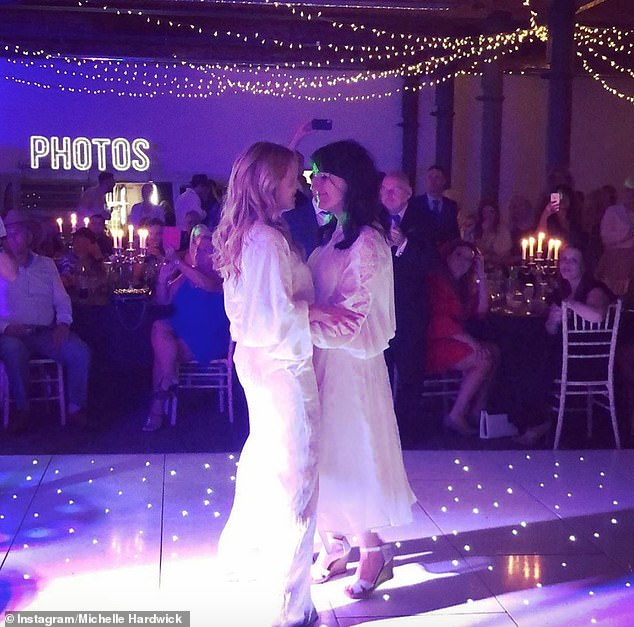 Happy couple: The couple tied the knot in 2019 at Graceland in Memphis, Tennessee 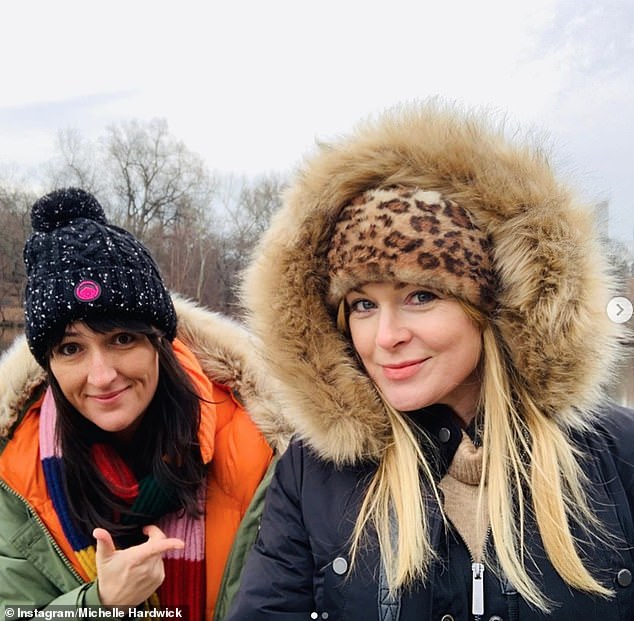 Romance: Michelle began dating Kate back in 2018, a year after divorcing her first wife Rosie Nicholls, who she split from in 2017 after two years of marriage

She said: ‘It was one of those unfortunate things where we did drift apart. We had the big fairytale wedding and I still love that day, it was brilliant.

‘It’s just really sad and one of those things that happens. We still have our dogs which we’ll share and nobody else was involved, it just happened and it was a mutual decision.

‘I don’t know how else to explain it. I grew out of love and she became more like my best friend.’

Onscreen, Michelle is currently part of a cancer storyline as her Emmerdale character Vanessa has been diagnosed with bowel cancer. 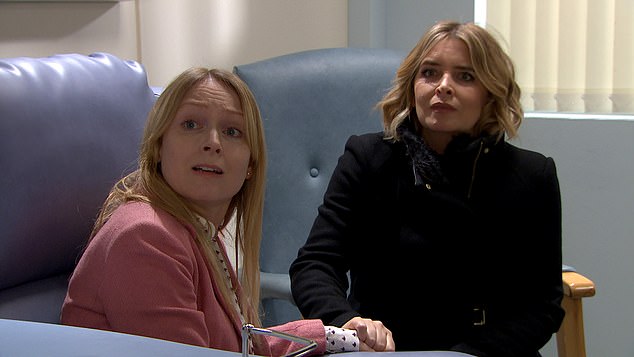 Hard-hitting: Onscreen, Michelle is currently part of a cancer storyline as her Emmerdale character Vanessa has been diagnosed with bowel cancer (pictured above with Emma Atkins (R) who plays Charity Dingle)

Viewers watched as Vanessa tearfully opened up about her diagnosis to girlfriend Charity Dingle (played by Emma Atkins) and is now undergoing her first session of chemotherapy treatment.

Michelle recently revealed that she already knows the outcome of Vanessa’s storyline, as show bosses had informed her of her character’s fate straight away when the storyline was first thought up.

According to , she said: ‘I won’t say which way it goes, but I was told straight away. As soon as [Emmerdale boss] Jane Hudson brought me up, she told me the storyline and the outcome.

‘It wasn’t a case of, “here’s the story but we don’t know yet,” so I’ve always known what happens in the storyline but my lips are sealed…’ 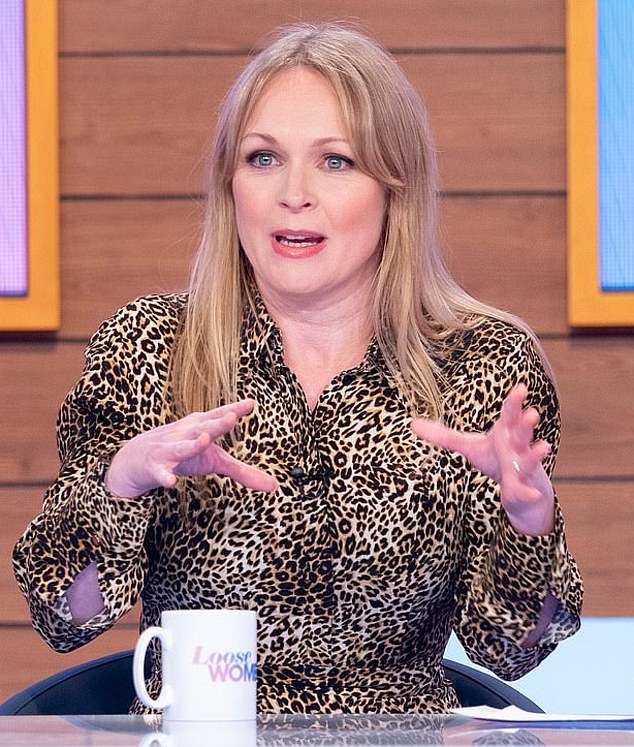 ‘My lips are sealed’: Michelle recently revealed that she already knows Vanessa’s fate, as show bosses had informed her straight away when the storyline was first thought up